Home » World News » Legacies of Serena and Venus Williams also rest on power of sisterhood. Let's remember that after doubles finale together at US Open

Venus and Serena Williams were born 15 months apart into one of the most ridiculous — albeit successful — sporting pipe dreams ever formulated.

Their father, Richard, had watched the women’s singles finals of the 1978 French Open and heard that the winner, Virginia Ruzici, earned $40,000 in prize money. That, Richard noted, was more than he made in an entire year.

Richard quickly told his wife, Oracene, that they needed to have two daughters. He wanted to raise them in a strict and isolated manner while training them to become tennis champions who could make the family rich.

It was patently absurd.

How do you know if they would be athletic enough or mentally tough enough or competitive enough to reach the elite of the elite? How would you know if they even like tennis? Besides, Richard wasn’t even a coach (he would read instructional books and watch videos) and the family was decidedly working class in a sport that favors the wealthy.

Just because it worked doesn’t mean it wasn’t crazy.

So maybe it makes sense that, after coming through that crucible, Venus and Serena would turn out to be world-class in something else as well.

There is no doubting the tennis greatness of Venus, 42, and Serena, 40. Richard’s grand plan somehow worked. Venus has won seven major championships. Serena 23.

There is also no doubting the sibling bond between the two of them. 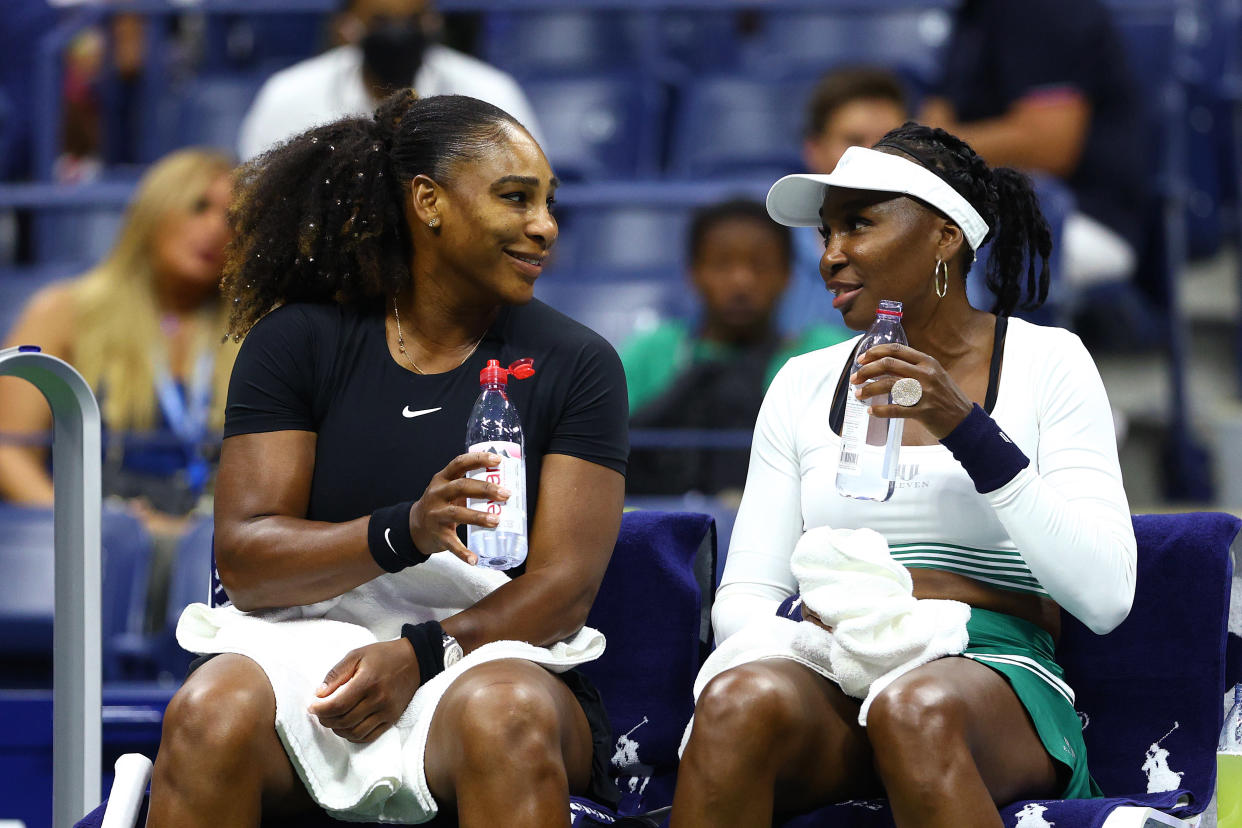 Their partnership, in terms of competitive tennis, is over. They lost to Linda Nosková and Lucie Hradecká 7-6, 6-4 in the doubles opening round of the US Open on Thursday.

Serena says she is retiring and Venus may not be far behind.

They hadn’t played together in a major since 2018 and mostly did this for nostalgia’s sake. They certainly fought, especially in the first set, but Venus in particular can’t compete at this level any longer.

To see them out there — Williams Sisters v. The World — was a feel-good, throwback moment nonetheless. Not just playing, but smiling, laughing, encouraging. A couple of Compton kids pumping fists and drawing 23,000 to center court in New York — a first for an opening round double’s match. As a doubles team, they won 14 majors and three Olympic gold medals. On this night they were no match for an unseeded team of 20-somethings. It hardly mattered.

As much as the focus has been on Serena’s play in singles — she’s into the third round Friday, while Venus lost early — maybe the most fitting curtain call was this, at her sister’s side.

Start together. Finish together.

What a [email protected] 💙 @serenawilliamspic.twitter.com/pqHTnGeZAi

Along the way they changed the sport, inspired lives and, yes, became rich and famous as Richard planned. They did it in lockstep. If there were rivalries, they were hidden. If there was jealousy, it stayed a secret. The mutual support has been inspiring.

There were plenty of reasons for that to not be the case.

The two were, indeed as Richard planned, raised in a strict and isolated family, put through relentless training in pursuit of unfair expectations, yet remained close even in the freedom of adulthood.

Venus was early the star who got the most attention inside and outside the family. Serena was the “little sister” although she rarely bristled at that.

That script flipped when Serena was the first to win a major championship, taking the 1999 US Open at age 17. It came just two years after Venus had lost in the finals, yet it was Venus, apparently immune to jealousy, who may have been cheering the loudest that day.

Venus would break through and win her first major in 2000, leading to a stretch of dominance where she became the world No. 1. Serena accepted that, even as it included a 2001 loss to Venus in the US Open final. Now it was Serena playing the role of biggest fan.

Venus won the first three matches against each other as a pro, then Serena took the upper hand. Both were facts that could cause strain. The two would meet nine times in major championship finals, with Serena winning seven of them. If not for her kid sister, Venus might have doubled her major count to 14. If not for Venus, Serena might have 25 and thus gotten past Margaret Court’s record.

When one or the other often struggled in head-to-head matches, fans and media often wondered if they were throwing matches — at the direction of Richard. It was a criticism that bothered them greatly and could have only added to the tension.

“My first job is big sister,” Venus said after defeating Serena in the 2008 Wimbledon final. “And I take that very seriously.”

Consider the 2002 French Open, when Serena defeated Venus in the final, only to have Venus quickly grab a camera and join the photojournalists pool to snap shots of her sister holding up the championship cup.

The bond is as unique as it is strong. 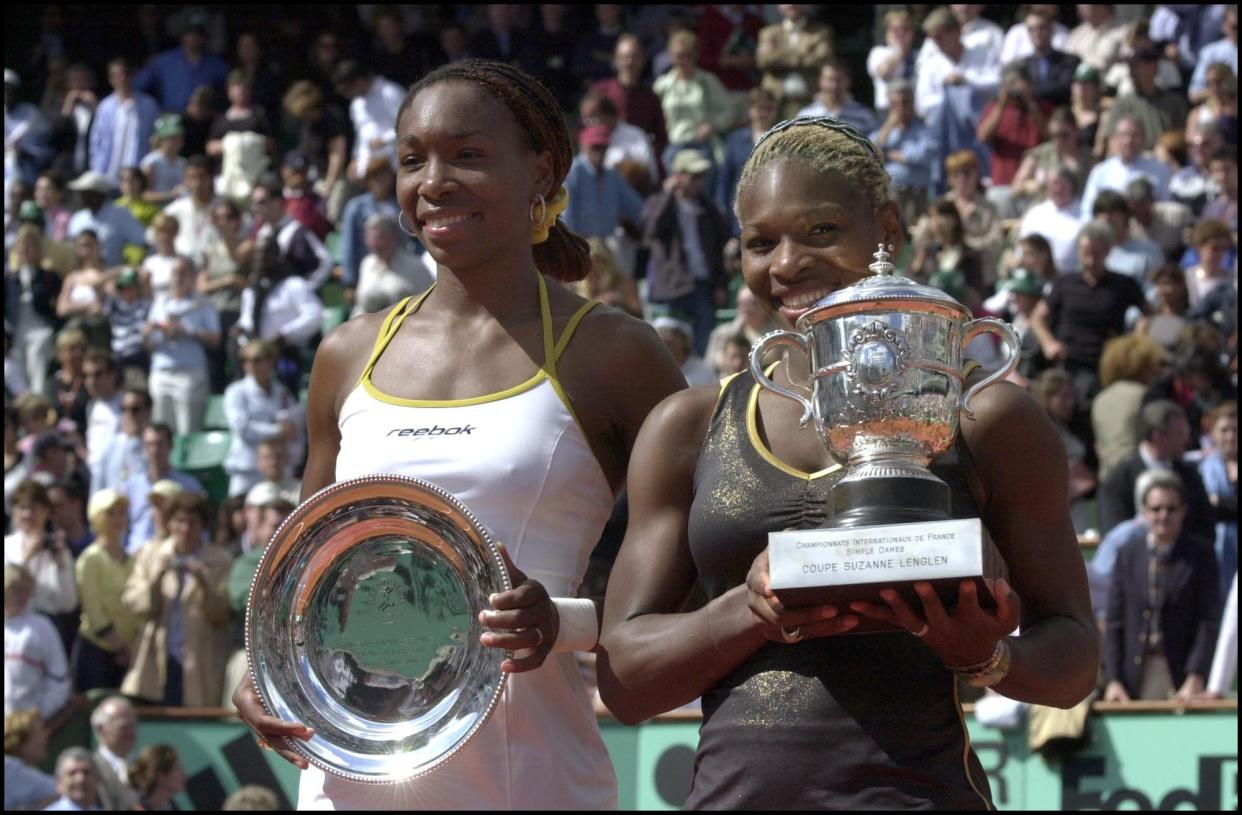 As a kid, Serena was once so obsessed with Venus she would copy-cat everything about her. Same favorite color. Same favorite animal. Whenever the family was eating out, she would order whatever Venus ordered. Eventually her parents tried to make Serena think for herself and choose first.

“But then [Venus would] order and I’d just change my order,” Serena said.

It boomeranged back, however, in a form of protection. Venus was always keeping an eye on Serena. Nobody messed with her little sister. One day at school, Serena forgot her lunch money. Venus forked over hers.

Together they navigated the often unforgiving world of professional tennis. In tough times, they used each other as impenetrable shields. In fun times, they playfully turned everything into a game, partners in crime.

At one point they were eager to talk and learn from other great players, but too scared to approach them. So they created their own newsletter “Tennis Monthly Recap” which they used to score sit-down “interviews” with older players, peppering, say, Pete Sampras about how to maintain a competitive edge.

Whatever it was, they were together. Setbacks. Injuries. Losses. Victories. Controversies. Relationships. Health scares for each. The murder of an older sister. The break-up of their parents.

Whatever it was, Venus had Serena’s back and Serena had Venus’.

And so here they were, one last time, together on the court. They hadn’t played together in years, but Serena called Venus and told her they were entering this US Open doubled draw.

“She’s the boss,” Venus said with a laugh. “So I do whatever she tells me to do.”

If she was going to retire, she needed her best friend, her sister, her world conqueror at her side. Richard Williams sure did raise a couple of tennis icons, a couple of world-class siblings too.

Has lockdown saved lives or stifled them?