Brain-dead patients can be used to gather information not safely collected on the living and offer doctors an opportunity to practice before implanting gene-edited pig organs into live people. The deceased patients used in the procedures were declared brain dead and their family members donated their bodies to the research.

“In the recently deceased, the focus is on learning, studying, measuring and trying to really unravel what is going on in this brand new, incredible technology,” Dr. Robert Montgomery, a transplant surgeon at NYU Langone, said in a Tuesday morning news conference. “We’re able to really intensively look at tissue and blood samples and get a much deeper analysis of what’s going on.”

More than 100,000 people sit on organ transplant lists, hoping for someone else’s tragedy to make a kidney, heart, liver or lungs available for them. Pig parts offer a possible alternative. Bioethicists generally support the idea of xenotransplantation, though animal rights activists say they wouldn’t be needed if more people were organ donors.

“It’s incredible to see a pig heart beating inside the chest of a human being,” said Montgomery, who is a heart transplant recipient himself and hopes to help people who would otherwise not live long enough to receive a transplant. “It’s a great privilege for me to witness that in my lifetime.” 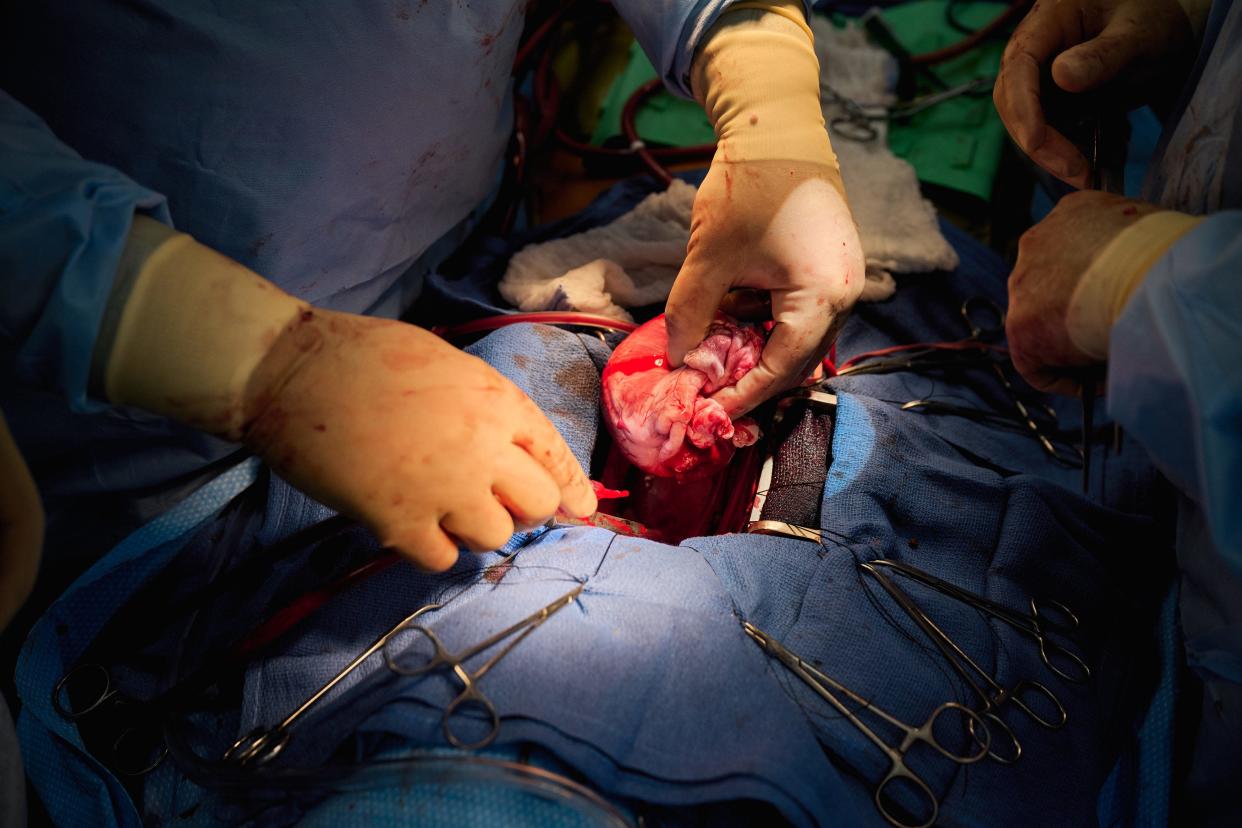 The one man who received a pig heart, in Maryland earlier this year, lived for just two months after the transplant. Although it’s not entirely clear why he died, the NYU Langone team tried to avoid some of the ways in which the University of Maryland procedure differed from traditional human-to-human transplants.

The NYU Langone team did not use novel immunosuppressive medications, for instance, or put the heart in a special perfusion box during transport, which had been shown necessary to keep the organ working well in animal-to-animal transplants, but may not be needed in people.

The team also checked extensively for the pig version of a virus called cytomegalovirus, which was found in the heart of the man treated at the University of Maryland. That pig had been checked for CMV before the transplant, but NYU used two more sensitive tests to ensure the pigs they used weren’t infected.

Pig hearts are roughly the same as human’s, but NYU-Langone transplant surgeon Nader Moazami said he found some crucial differences when performing the first transplant. The heart, from a 160-pound pig, was smaller than one he’d normally use in a 220-pound man, he said, and the size and length of the blood vessels were different than what he’s seen in the nearly 1,000 human-to-human transplants he’s performed.

“It’s not outside our skill set, but it allowed us to learn what we need to do and look for to make the operation technically perfect,” Moazami said. 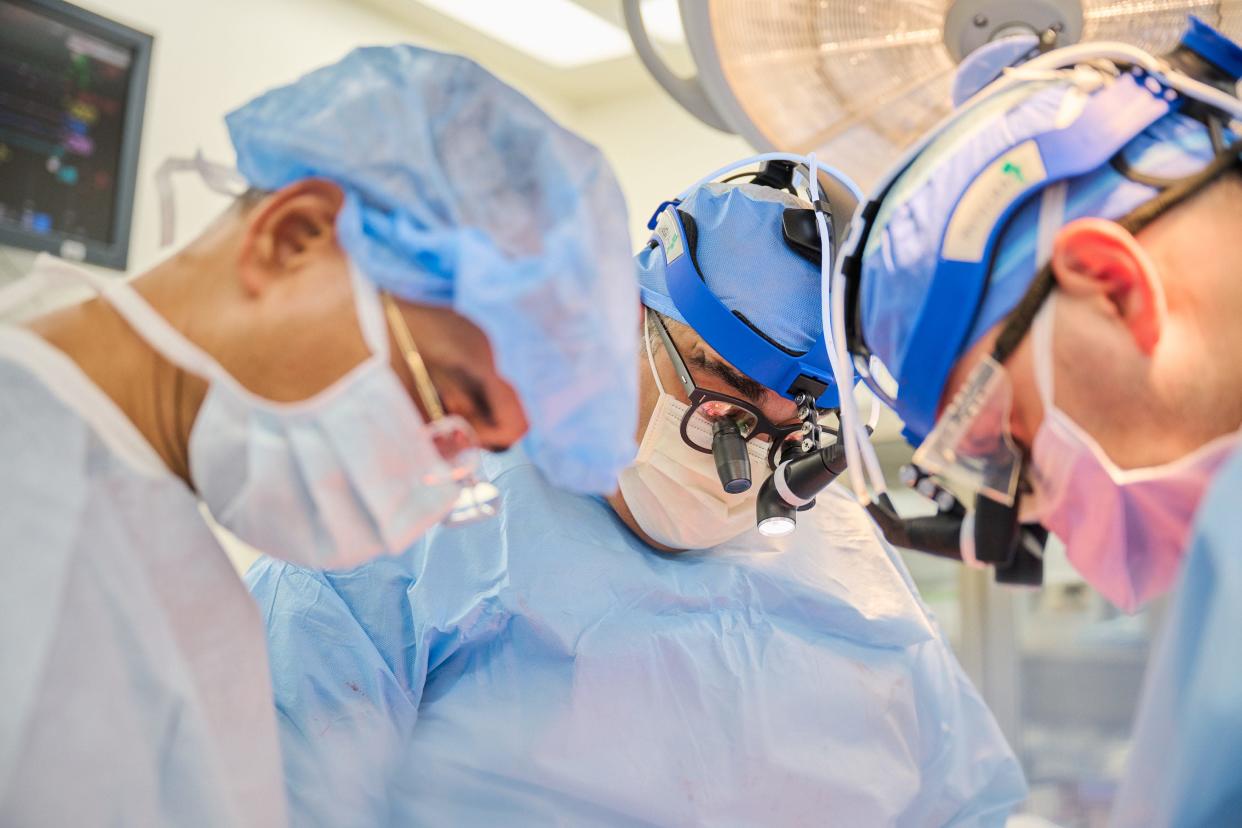 In the second operation, on a 130-pound woman, the heart was more appropriately sized and he knew what to expect in terms of the length of different vessels.

He and his team were able to perform the second transplant 50 minutes faster than the first, in 3 hours and 40 minutes, and he thinks he can shave another 20 minutes or so off the procedure. The less time the heart spends out of the body, the less potential for damage from lack of blood supply.

The pig hearts were left in the donors for 72 hours each to look for signs of early immune rejection and to ensure the heart was performing properly. Moazami said in both cases the heart function was “completely normal, excellent.”

NYU Langone has permission to perform one more heart transplant in a newly-deceased person. Moazami’s goal is “to make sure we learn as much as we can before we do it in a clinical setting.” Right now, he said, “most of what is known is all in non-humans.”

He said he was initially skeptical that the procedures would go so smoothly, particularly because he chose to transport the heart on ice, as he would a human heart, rather than use the special perfusion box, shown necessary to flood the heart with fluids before transplanting into baboons.

“I want to do what I always do,” he said, but he worried before the surgery that perhaps he was being too stubborn. “When the heart started beating and the blood pressure looked great, it was quite a moment.”

Montgomery has already conducted two pig-to-newly deceased kidney transplants and may do a third in which the kidney is left in the patient for longer than three days.

The NYU Langone team, like a handful of others across the country, is working toward clinical trials of pig organ transplants into living people. But the team intends to collect more information first, Montgomery said. “We want to go into the Phase 1 trials with as much information as we possibly can have.”

Researchers have spent decades figuring out how to gene-edit pigs to avoid immediate rejection when their organs are placed in people.

The pigs used at NYU Langone have 10 edits to their genes, four so-called knock-outs to remove genes that might lead to rejection or abnormal growth as well as six knock-ins to improve the compatibility between animal and human. 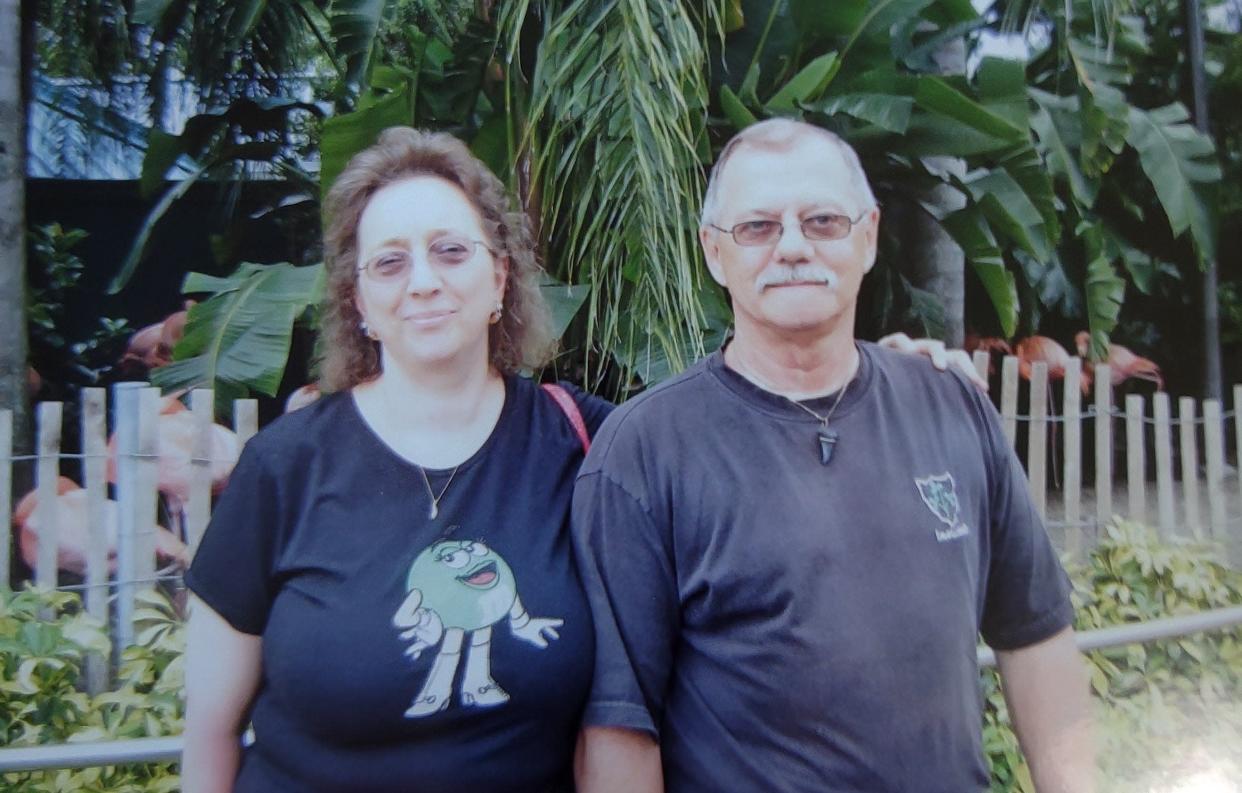 One of the heart recipients, Lawrence “Larry” Kelly, 72, of Hazleton, Pennsylvania, suffered a heart attack while driving alone in rural New York state. His brain was apparently deprived of oxygen for an extended period.

Kelly, who served in the U.S. Navy in Vietnam, was a welder with a history of heart disease and two open-heart surgeries.

“He had heart problems his whole life and if he could help a lot of people through this research, he would have been proud to take part in it,” his longtime companion Alice Michael said in Tuesday’s news conference.

“I didn’t even have to think about the decision (to donate),” she said. “I knew he would want to do it and I had to do it.” 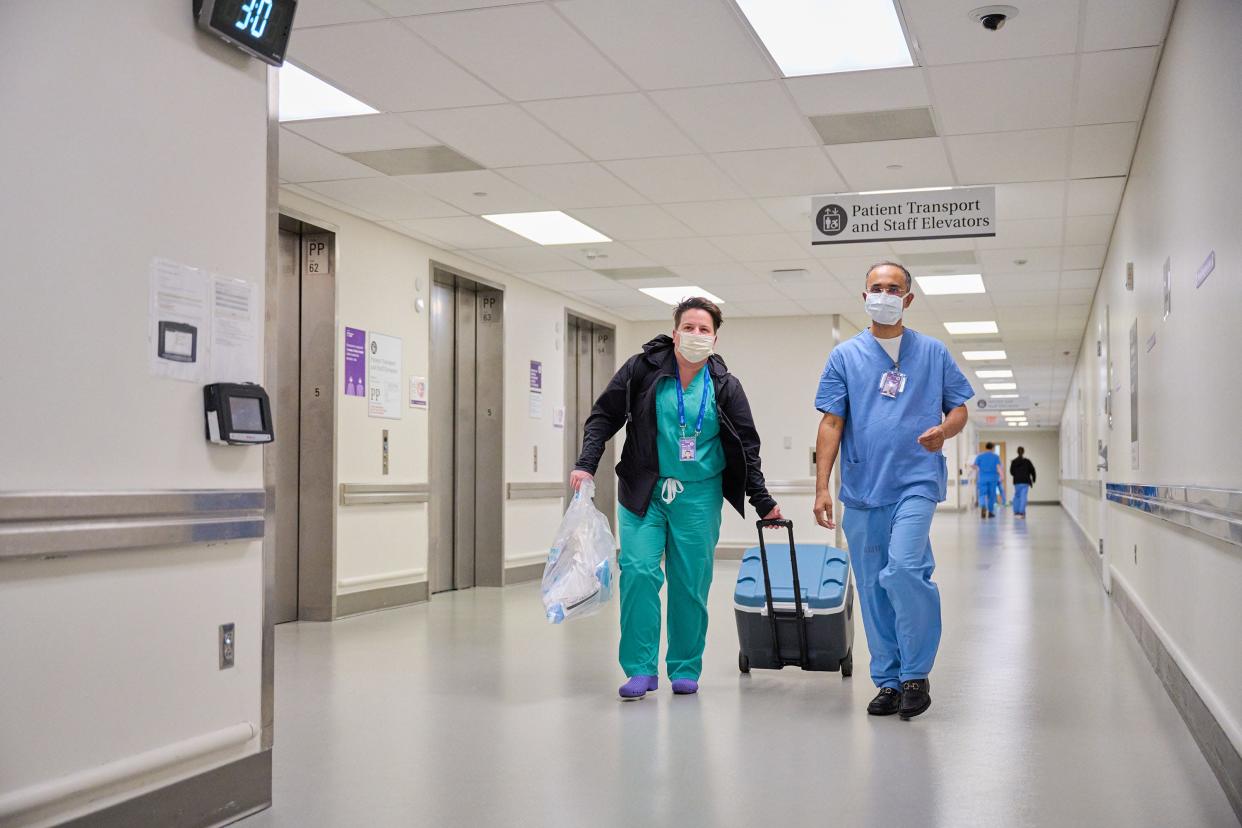