Jerusalem: Prime Minister Benjamin Netanyahu’s opponents announced they have reached a deal to form a new governing coalition, paving the way for the ouster of the longtime Israeli leader.

The dramatic announcement by opposition leader Yair Lapid and his main coalition partner, Naftali Bennett, came moments before a midnight deadline and prevented the country from plunging into what would have been its fifth consecutive election in just over two years. 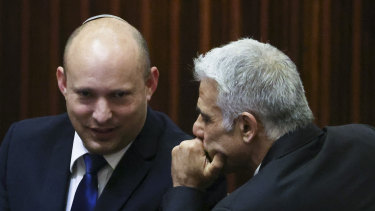 In a statement on Twitter, Lapid said he had informed the country’s president of the deal. “This government will work for all the citizens of Israel, those that voted for it and those that didn’t. It will do everything to unite Israeli society,” he said.

Under the agreement, Lapid and Bennett will split the job of prime minister in a rotation. Bennett will serve the first two years, while Lapid is to serve the final two years. The historic deal also includes a small Islamist party, the United Arab List, which would make it the first Arab party ever to be part of a governing coalition.

The agreement still needs to be approved by the Knesset, or Parliament, in a vote that is expected to take place early next week. If it goes through, Lapid and his diverse array of partners will end the record-setting 12-year rule of Netanyahu.

Netanyahu, desperate to remain in office while he fights corruption charges, is expected to do everything possible in the coming days to prevent the new coalition from taking power. If he fails, he will be pushed into the opposition. 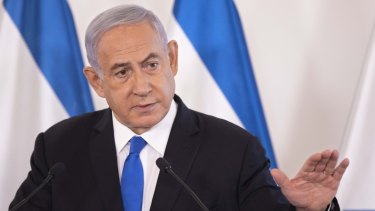 Mansour Abbas, leader of the United Arab List, said his party made the “difficult decision” to join Lapid’s governing coalition.

“This is the first time an Arab party is a partner in the formation of a government,” he told reporters. “This agreement has a lot of things for the benefit of Arab society, and Israeli society in general.”

Amid the political deadlock, parliament on Wednesday elected Isaac Herzog, a veteran politician and the scion of a prominent Israeli family, as the country’s next president.

The presidency is a largely ceremonial role that is meant to serve as the nation’s moral compass and promote unity.

“I intend to be the president of everyone,” Herzog, whose late father held the same position, said after the votes were tallied.

“We must defend Israel’s international status and its good reputation in the family of nations, fight antisemitism and hatred of Israel, and preserve the pillars of our democracy. ”

Herzog, 60, is a former head of Israel’s Labor Party and opposition leader who unsuccessfully ran against Netanyahu in the 2015 parliamentary elections.

‘How do I eat this properly?’: Seven lessons from living in Japan