Home » World News » Lad, 14, who broke leg and wrist in e-scooter crash told he could face POINTS on his driving licence

A 14-YEAR-OLD lad who broke his leg and wrist in a terrifying e-scooter crash was told he could face POINTS on his driving licence.

Jamie was horrifically hit by a taxi while riding the motorised device on August 24 down a main road in Heywood, Greater Manchester. 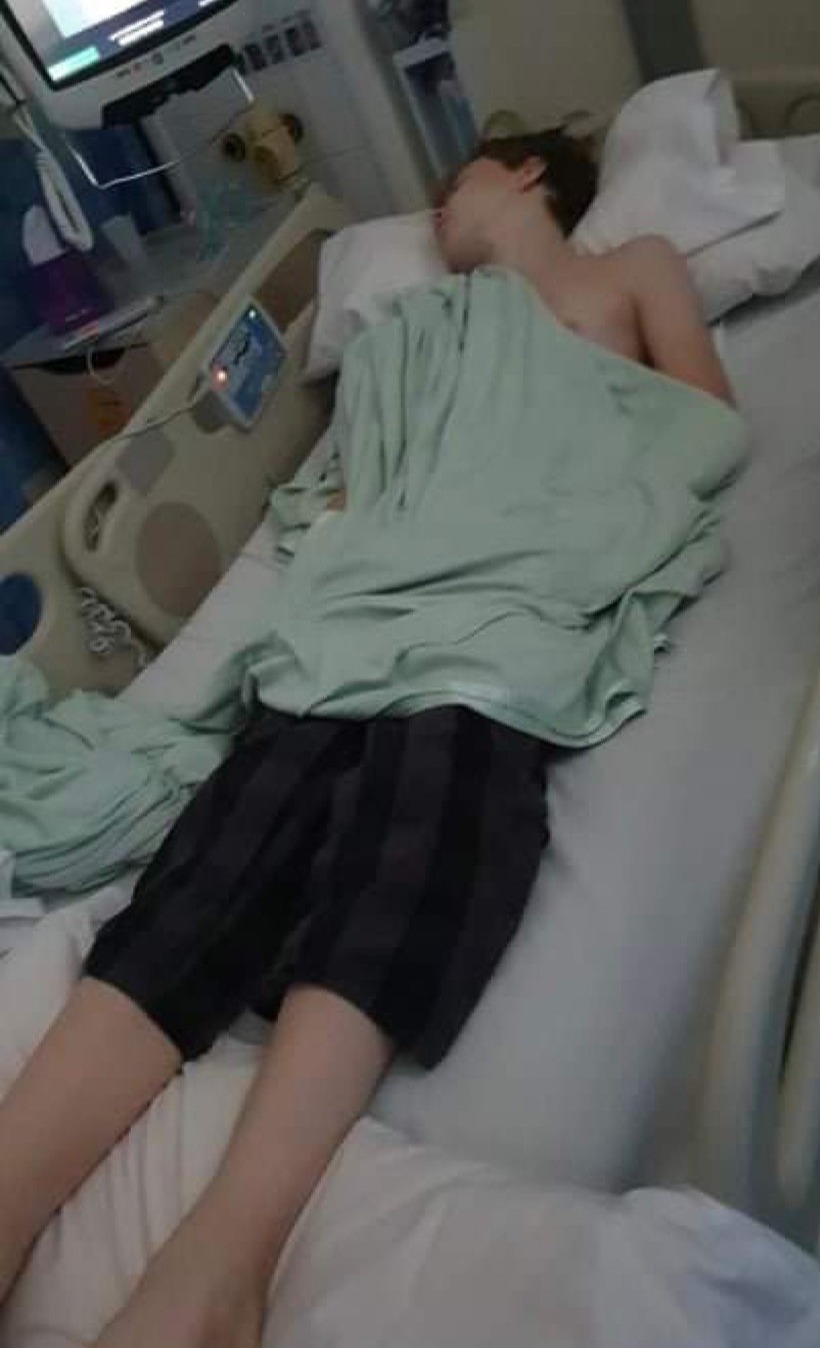 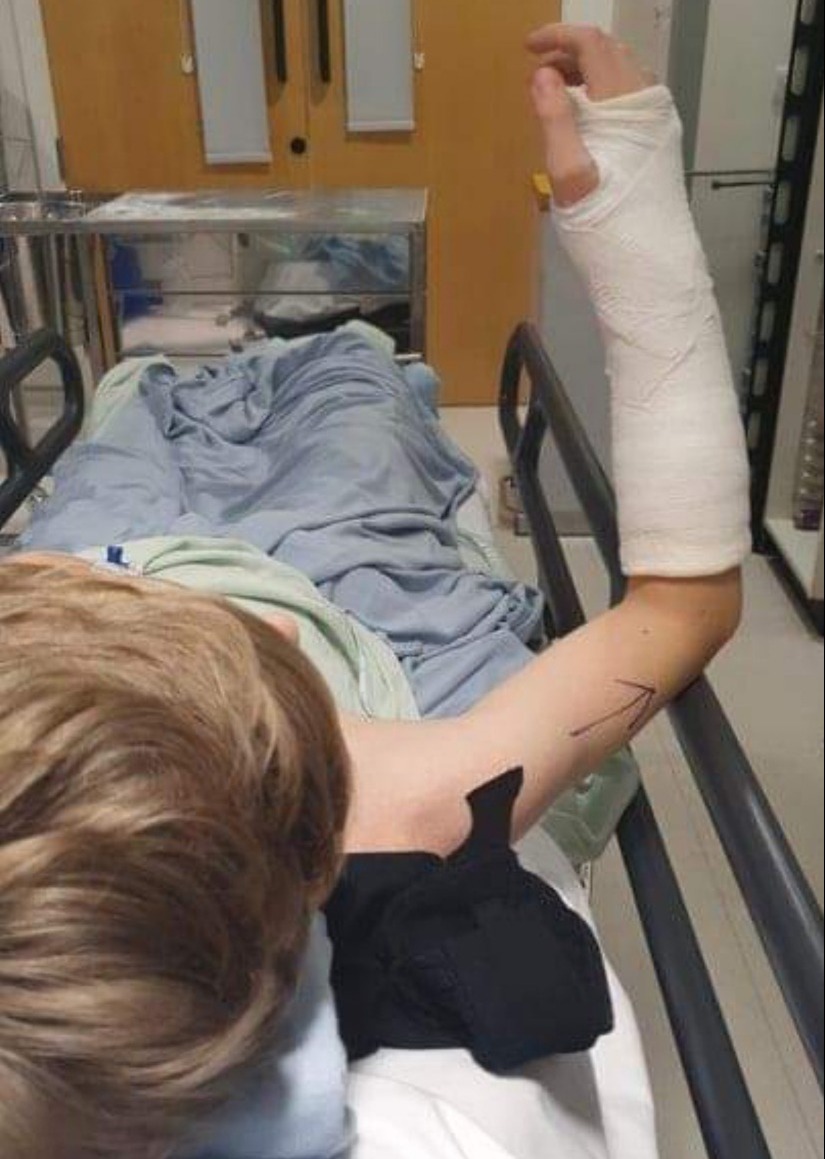 The teen suffered two broken bones in the smash and has now been left with a metal bar in his leg to aid his recovery – as well as being threatened with penalty points on his future driving license.

Although he can't even apply for his license for another three years, Jamie has been warned they could be added to his future permit.

His furious mother Denise Carroll revealed her son could be penalised for the crash for years to come if the case is taken to court – and she could be prosecuted for buying him one in the first place.

And she said cops told her the taxi driver who hit Jamie will have no action taken against him, the Manchester Evening News reported.

Denise says police told her in an email: "Prosecution will likely result in points being added to their licence which will become 'live' once they apply aged 17 for a provisional licence.

"The taxi driver would have mitigation in that the e-scooter should not have been on the road."

According to UK law, driving a motorised scooter on public roads of paths requires a driving license.

They also have to be an "approved" scooter that can only be ridden in one of the areas currently trialling them.

The mum has slammed the force for being "unfair" and believes the case would have been dealt with differently if Jamie was a cyclist or pedestrian.

She explained: "One minute he was in the garden on the scooter, and the next I got a phone call from him crying telling me he had been hit by a taxi."

She says witnesses told her the 14-year-old wasn't riding the scooter dangerously when he collided with the taxi.

"I still know it was wrong, but my children don't know the laws. I have raised them to be sensible," Denise continued.

"My son could have easily been a pedestrian or a cyclist, and I feel it would have been handled differently then.

"The driver of the car should have been more aware. My child could have so easily been injured much worse or even killed."

The driver of the car should have been more aware. My child could have so easily been injured much worse or even killed.

Greater Manchester Police reportedly told the mum she herself could face prosecution for buying Jamie the e-scooter.

She says she originally purchased the present for him online to use on family holidays and in the back garden.

Denise also claimed cops told her that depending on the points that could be added to her son's future license – usually six for driving with no insurance – they could even "revoke" it entirely.

The mother fumed: "It essentially sends out the message that anyone in a car can run someone over on one of these electric scooters and just get away with it.

"He told me he had been on a path but had to go into the road to move out of the way for a lady with a pram.

"It seems completely unfair – he was not messing about and kids will always be kids and make mistakes. He could have died.

"My children certainly won't be the last. Kids love going on scooters and with Christmas coming up, a lot of parents will be ordering these online."

Jamie's e-scooter was "seized under legislation provided for removing uninsured vehicles from the road," after the smash.

A spokesperson for Greater Manchester Police said: "Officers do engage with people using them illegally to remind them of the safety danger they can post, particularly if used on pavements and designated cycle lanes.

"Like any other vehicle, there are specific rules around the use of e-scooters.

"They can only be used on private land with the owner’s permission.

"The only e-scooters that can be used on public roads in Greater Manchester are those that are part of the ongoing trial in Salford and Rochdale.

"This trial allows for the legal use of Lime e-scooters in the designated trial area only," they continued.

"E-scooters are classified as personal light electric vehicles by the Department of Transport and as such the regulations for owning and using them must be enforced to ensure the safety of everyone using our roads and public footpaths." 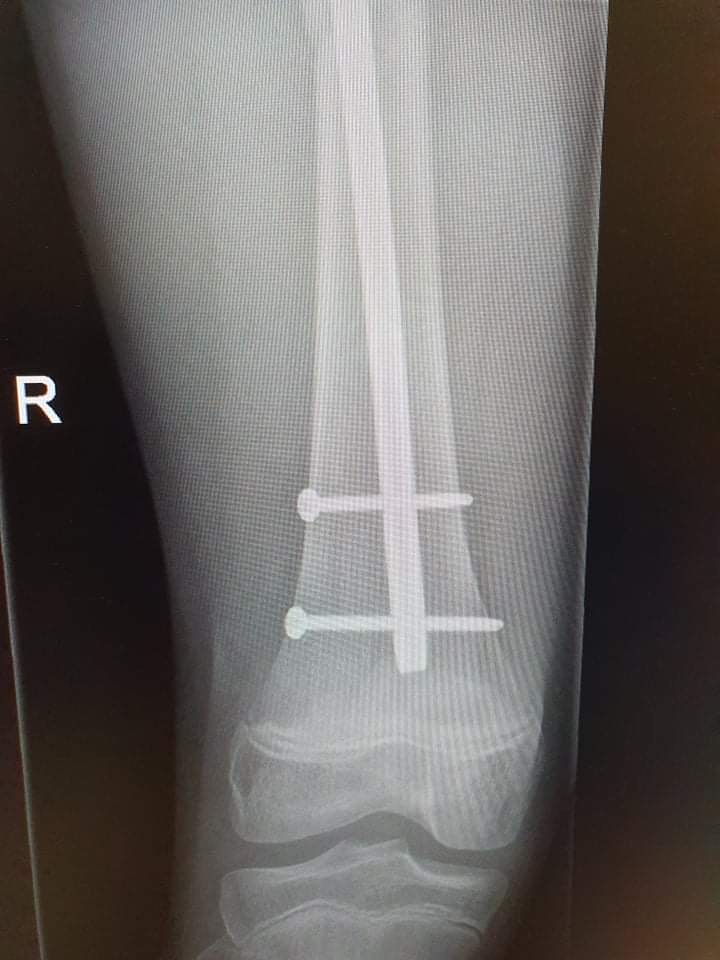 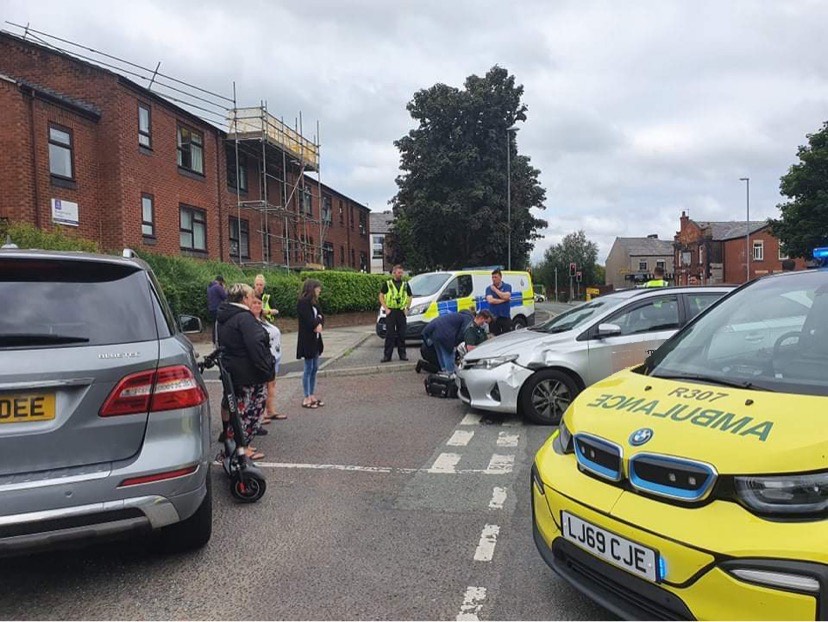 The Hoffa reign at Teamsters comes to an end as James, 80, stands down

DOE sitting down with Queens politicians to mend Carranza rift