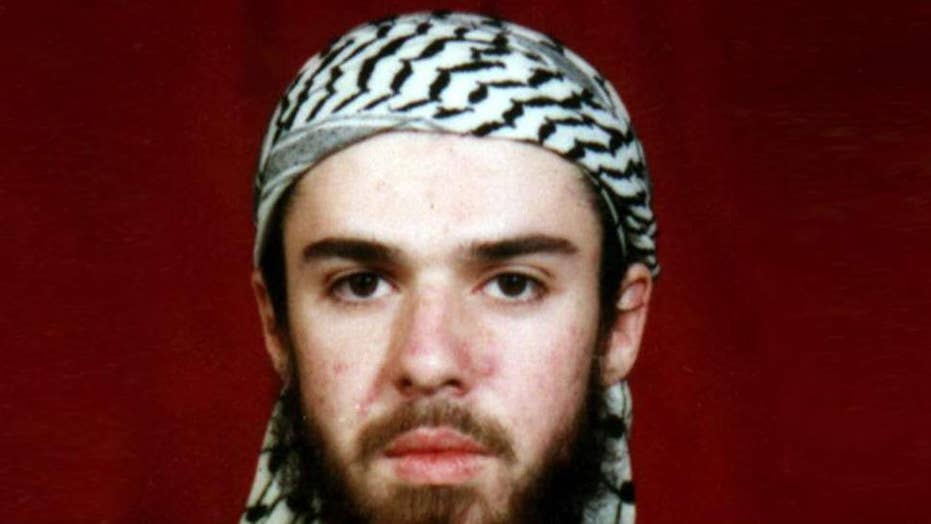 John Walker Lindh, a former American Taliban militant due to be freed in May, is considered as radicalized as he was in 2001; Griff Jenkins reports.

The Islamic militant who became known as the infamous  "American Taliban" member is set to be released from a U.S. federal prison Thursday despite lawmakers' concerns about the “security and safety implications” of freeing an unrepentant terrorist who officials say continues to “openly call for extremist violence.”

John Walker Lindh, who is currently behind bars in Terra Haute, Indiana, is set to be discharged May 23, several years before he would complete the prescribed 20-year prison sentence he received for joining and supporting the Taliban. The former Islamist fighter and enemy combatant, named “Detainee 001 in the war on terror,” was arrested in 2001, just months after the Sept. 11 attacks and the start of the war in Afghanistan, along with a group of Taliban fighters who were captured by U.S. forces.

“We must consider the security and safety implications for our citizens and communities who will receive individuals like John Walker Lindh, who continue to openly call for extremist violence,” Sens. Richard C. Shelby, R-Ala., and Maggie Hassan, D-N.H., wrote in a letter to the Federal Bureau of Prisons late last week that was obtained by the Washington Post.

In the letter, the lawmakers reportedly sought details on how the agency is working to prevent prisoners such as Lindh from committing additional crimes after their release. They also asked which other “terrorist offenders” are next in line to be freed and how the Federal Bureau of Prisons determines whether or not someone is an “ongoing public threat.” 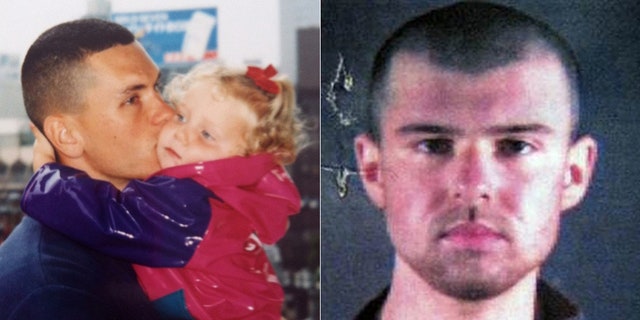 Lindh has been blamed for playing a role in the death of Johnny “Mike” Spann, a U.S Marine turned CIA paramilitary operative who became the first American to be killed in combat in Afghanistan, amid the aftermath of the September 11 attacks. Spann’s daughter, Allison, told Fox News in March that Lindh’s early release “feels like such a slap in the face.”

In November 2001, U.S forces learned that an American – Lindh – was among the cluster of Taliban fighters left in limbo after their leader surrendered to the Northern Alliance in the northern Afghanistan province of Mazar-i-Sharif. Spann was the first to go into a compound there, serving as a prison, to interview Lindh, peppering him with questions about where he was from and what he was doing. But Lindh refused to respond.

“In those moments, when he chose to stay silent, he sealed his fate as a traitor to the United States,” Allison Spann said. “At any point, he could have warned him that something was being planned.”

The initial charges leveled against the then 20-year-old Lindh in 2002 included one for murder conspiracy due to the role he played in the deadly prison rebellion.

However, nine of the ten counts in an indictment were then dropped and Lindh ended up pleading guilty to disobeying an executive order outlawing support to the Taliban and for possessing a weapon in Afghanistan.

Sentencing reports have indicated that “good behavior” may serve as justification for Lindh’s early release.

A convert to Islam hailing from northern California’s Marin County, Lindh made the journey to Afghanistan after journeying through Yemen and Pakistan as a 19-year-old shortly before the Sept. 11 attacks. He underwent training in Kandahar and met with Al Qaeda chief Usama bin Laden on at least one occasion.

In 2017, the National Counterterrorism Center, according to documents obtained by Foreign Policy, underscored that Lindh continued to "advocate for global jihad and write and translate violent extremist texts."

Furthermore, he is alleged to have told a TV producer last March that he would “continue to spread violent extremism Islam upon his release.”

When he leaves lockup, Lindh, according to court records viewed by the Washington Post, will need permission to obtain Internet-connected devices, will not be allowed to talk online in any language but English and will be barred from having a passport, among other restrictions.

Our editors tried this $9 waterproof phone pouch — and it’s literally a game-changer: ‘A must-have!’