President Joe Biden will overhaul the US immigration process today in a series of executive orders to reverse Donald Trump’s ‘failed’ policies.

He will call for his administration to streamline the naturalization of nine million migrants, senior officials said, signaling a return to a more inclusive policy.

Biden is also set to order a review of all legal obstacles to immigration and integration that were put in place under Trump. 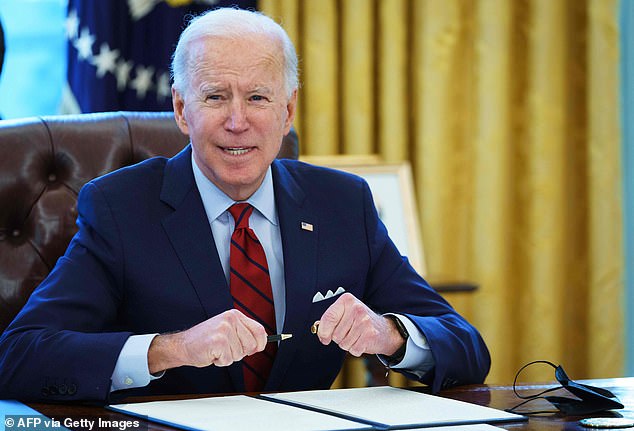 ‘The review will likely lead to dramatic changes in policies,’ according to a senior government official, saying the goal is ‘to restore faith in our legal immigration system, and promote integration of Americans.’

‘President Trump was so focused on the wall that he did nothing to address the root cause of why people are coming to our southern border,’ the official said.

‘It was a limited, wasteful and naive strategy, and it failed.’

In line with campaign promises, one of the orders will put in place a working group tasked with reuniting migrant families separated by Trump’s ‘zero tolerance’ policy put in place in 2018.

That policy allowed officials to prosecute and deport adults who had entered the US illegally. Their children, some just days old, were then placed into federal custody.

A federal lawsuit in the Southern District of California has identified more than 600 children who were separated from their parents between 2017 and 2018 who still have not been reunited with their family.

Faced with international outcry, and even criticism from within his own party, the Trump administration was forced to scale down the policy, but hundreds of migrant children have still not been returned to their parents. 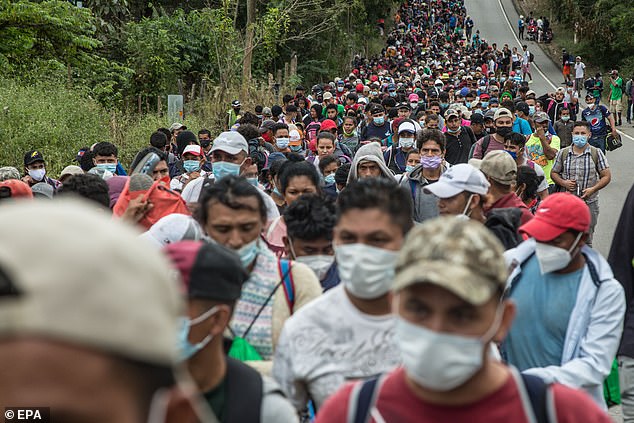 Biden will call for his administration to streamline the naturalization of nine million migrants. Pictured: Honduran migrants head to the US through Guatemala 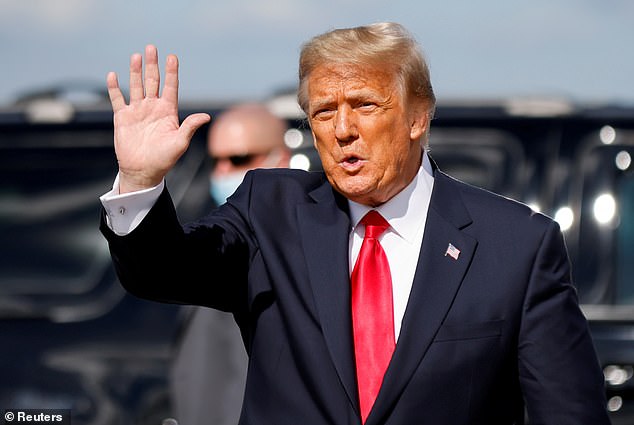 The working group will examine ways toI reunite the families, officials said, without specifying whether that could allow parents or children who had been deported to return to US soil.

A second executive order echoes a similar policy under the Barack Obama administration, putting in place legal mechanisms for prospective immigrants in their home countries to apply for residency, allowing them to avoid dangerous smuggling routes.

The third decree will promote the integration of migrants legally settled in the United States and make naturalization ‘more accessible to the more than nine million immigrants who are currently eligible to apply’ for citizenship.

There will be a review of the so-called ‘public charge rule’ introduced in August 2019 that allowed officials to refuse citizenship or green card applications to migrants receiving social assistance, such as subsidized care or housing allowances.

Most of the reforms will be led by the Secretary of Homeland Security.

On his first day in office, Biden also ended the national emergency that diverted millions of dollars to the border wall and halted construction until further review.

Biden has nominated Alejandro Mayorkas to the position, and the Senate will vote on his appointment midday Tuesday.

If confirmed, Mayorkas – who arrived in the United States as an infant as the son of Cuban refugees – will be the first Hispanic person to lead the Department of Homeland Security, a sprawling agency that oversees immigration issues, border police and emergency responses.

The Biden administration’s efforts to overturn Trump-era immigration policies will likely be welcomed by the left wing of his Democratic Party.

Since coming into office he has canceled two of his predecessor’s landmark measures, suspending construction of a wall along the border with Mexico and lifting a ban on US entry for residents of a number of countries withmajority Muslim populations.

Biden has also sent a bill to Congress that could lead to the naturalization of millions of undocumented immigrants in the United States.

The legislation’s adoption, however, will require convincing several Republican lawmakers to back it – no easy feat.

‘I thought there was glass’, says grandfather charged in cruise ship fall

Oregon man gets prison after jail attack on deputy