An elderly Jewish couple says they were kicked off an American Airlines flight and left stranded in Miami ahead of a hurricane after they refused to put their Tallit prayer shawl on the floor under their seat, which would violate their religion.

Roberto and Elena Birman were flying from Miami to Newark, New Jersey in August when they were ‘subjected to illegal and discriminatory conduct’ by a flight attendant, according to a lawsuit filed on November 29.

The unnamed stewardess was checking the overhead compartments when she came across Roberto’s Tallit bag, which contained a shawl worn by Orthodox Jewish men during prayer.

The attendant put it on his lap and told him to stuff it under his seat. When the Brooklyn couple refused, the attendant and pilot allegedly kicked them off the plane.

American Airlines told DailyMail.com that they are ‘reviewing the details of the lawsuit.’

Orthodox Jewish couple Roberto and Elena Birman of Brooklyn, New York say they were kicked off a flight in August for refusing to put their Tallit bag under their seat 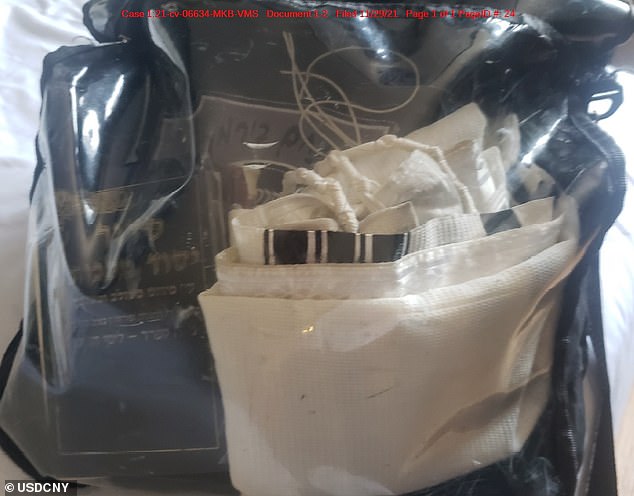 The suit, filed in the Eastern District of New York, details how the couple boarded the plane and even offered to check in their luggage when no one else volunteered.

‘However, as the old saying goes, no good deed goes unpunished.’ the lawsuit states.

The Birmans are seeking unspecified damages and attorney’s fees.

They were sitting in aisle seats across from each other and carried only a briefcase, a purse and the 8.5-inch-by 8.5-inch clear Tallit bag, which contained a shawl and prayer book.

After spotting it in the overhead bin, the flight attendant asked, ‘Whose is this?’ the Birmans told the New York Post.

The attendant asked him to put it on the ground.

He removed his baseball cap to show the kippah covering his head, explaining that it is ‘against his religion to place the sacred Tallit bag on the floor,’ according to the lawsuit.

‘She was screaming at me and pointing her finger,’ Roberto told the Post.

The flight attendant and pilot then asked Roberto and his wife to leave the plane.

‘At that point the Birmans were confused, deeply humiliated, disrespected, lost, perplexed, and at a complete loss. Mr. and Mrs. Birman were being discriminated against because of their race, religion and nationality and before a planeload of other passengers,’ the lawsuit says.

The couple has been married for 52 years and moved to the US in 1985 from Argentina, where they say they experienced anti-Semitism.

‘I couldn’t believe this was happening to me in America,” Roberto said. ‘We use these items every single day to pray.’

Elana, 71, said, ‘Nobody said a word. Nobody defended us. It was embarrassing.’

Rabbi Mitchell Rocklin, president of the Jewish Coalition for Religious Liberty, told the Post that placing the Tallit on the ground is ‘considered disgraceful.’

‘It would be like taking a Bible or a Koran and dumping it on the floor.’

Elena compared the flight attendant’s request with asking a Christian to ‘throw a cross on the floor.’ 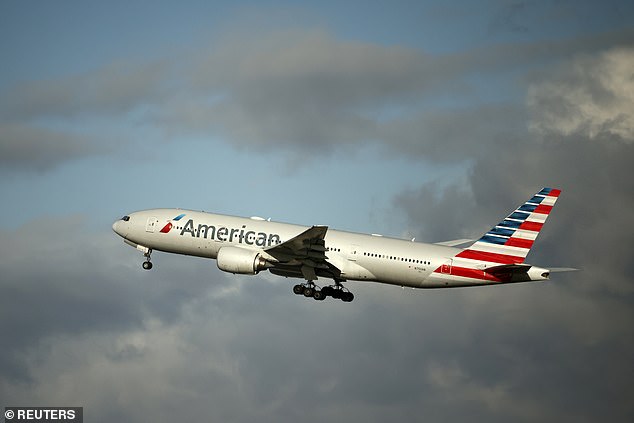 The couple says American Airlines didn’t help them find a place to stay that night, and they weren’t able to secure a flight back home until the next day, August 13, despite the fact that Tropical Storm Fred was barreling toward the state.

The storm landed on the Florida Panhandle on August 16, causing tens of thousands of power outages, according to CNN.

The lawsuit says the Birmans ‘were ejected from the flight based on the prejudices and complete lack of sensitivity of airline employees and agents for reasons wholly unrelated to security.

‘Your flight attendant and pilot’s conduct was as offensive as it was illogical.’

The couple says they were left without Roberto’s diabetes medicine, which was in the bags they agreed to check in.

A crew member allegedly shouted, ‘Close the gate,’ as they disembarked.

‘What are we, criminals?’ Elena thought, adding that her husband ‘was devastated.’

‘It was out of proportion’ to what happened, Roberto said, adding that the flight attendant ‘made me so nervous. I was shaking.’

American Airlines spokesman Matt Miller said: ‘The safety and comfort of our customers are our highest priorities and we’re committed to providing a positive, welcoming experience for everyone who travels with us.’

Missing Tx. 2-Year-Old Was Found Dead in Bayou — and Now Mom, Boyfriend Are Accused of Killing Her