Who is Mattea Roach? That's the Jeopardy!-ready answer to the following clue: This contestant achieved a rare feat on the long-running game show. The Canadian-born Roach was the only player to make the Final Jeopardy round on the April 20th episode after her two fellow contestants ended the first two rounds with negative cash balances. 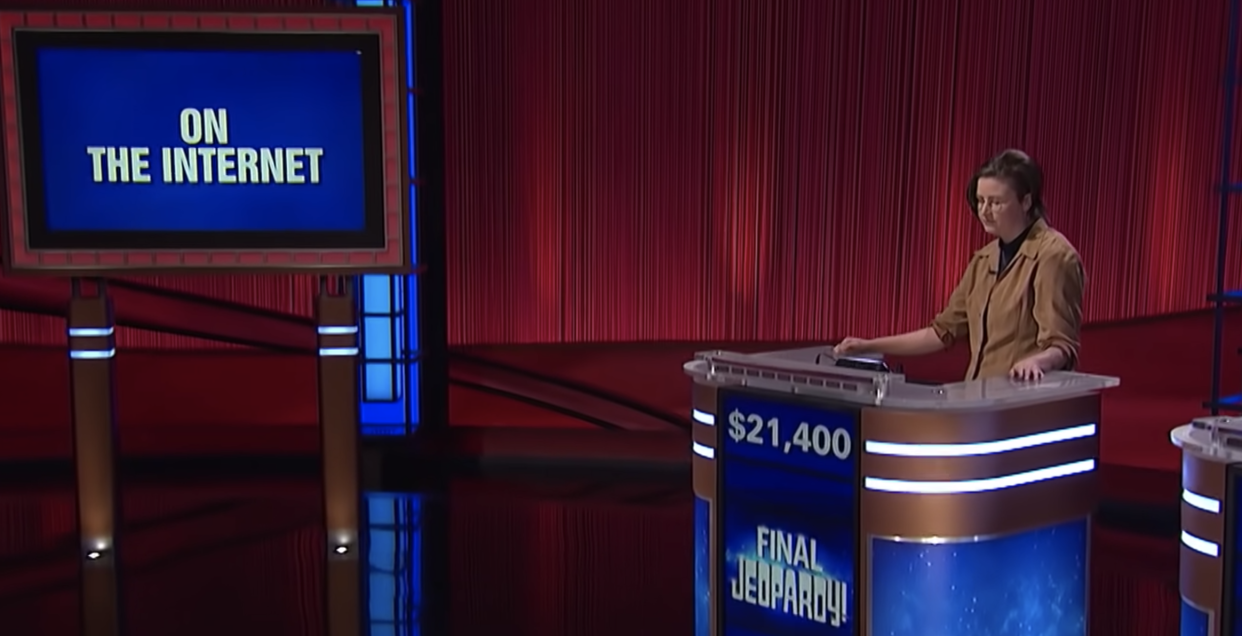 As Jeopardy! fans have noted, that's only happened a few times during the show's history, in 2012, 2015 and 2020, respectively. And Ken Jennings — who shares hosting duties with Mayim Bialik — made sure to mark the occasion. "And then there was one," Jennings said, introducing the last round. "It's a rare solo Final Jeopardy."

Roach's Final Jeopardy category was "On the Internet," and she was challenged to name a popular website that launched in 2015 with offerings from author James Patterson, actor Dustin Hoffman and athlete Serena Williams. (Funnily enough, Hoffman is currently starring in Bialik's directorial debut, As They Made Us.) She correctly answered "What is Masterclass?" on a $5,000 wager, raising her winnings to $26,400.

It's another victory for Roach, who has been on a 12-day winning streak already with an overall total of over $271,000. But Jeopardy! players and fans alike would agree that being the rare solo Final Jeopardy contestant is priceless.

Son of Falklands hero is among pallbearers carrying Philip's coffin

A mentally ill woman, a dead dog and a mosque: Indonesia’s religious tolerance under scrutiny

Jacinda Ardern puts all of New Zealand on Red Alert