A BRITISH man told his Italian bride: “I love EU” – as they became one of the first couples to wed in post-Brexit Britain.

Raffaella Forino, 37, and Samuel Young, 32, tied the knot just half a day after Britain finalised it’s divorce from Europe. 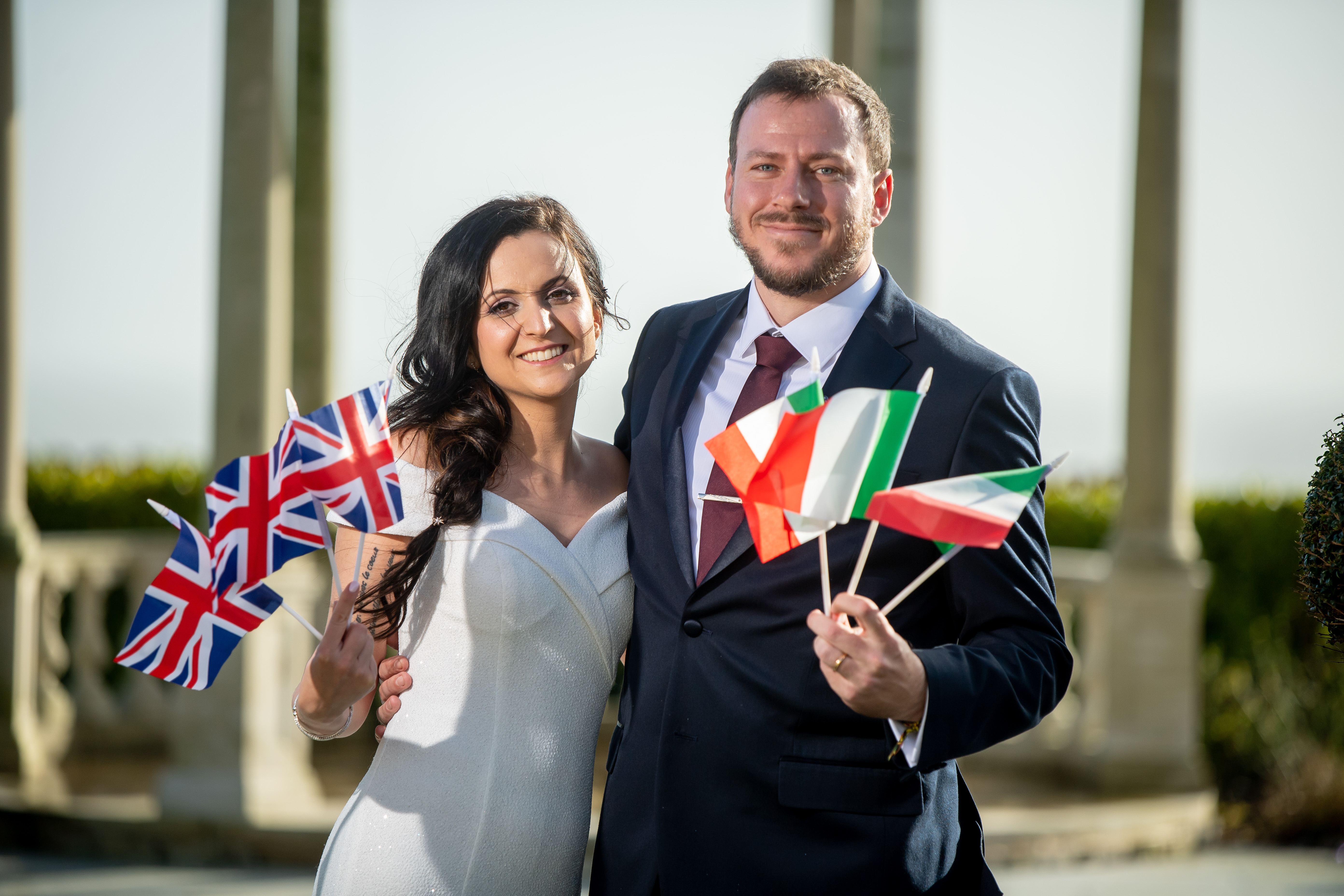 And their love story is proof that European relations will be stronger than ever after we departed at 11pm on Friday – as the couple revealed:

The lovebirds also celebrated tying the knot in front of 80 wedding guests at 12:30pm at the Hydro Hotel, Eastbourne by waving the Union Jack and Italian flags.

Samuel said: “We had no idea that Brexit was going to happen literally hours after we got married.

“But we are proof that love knows no boundaries.

“Even though Brexit has taken place, our relationship is still strong and we are looking forward to a bright future with our British and Italian families.”

Italian native Raffaella bid farewell to her home in Rome back in 2017 when she moved to the UK to study for a Masters degree in International Hospitality Management.

She attended university in Eastbourne where her friends introduced her to astrophysicist Samuel who lived locally.

Raffaella said: “When I met Sam, I called my mum back in Rome straight away and said to her – ‘Mum if I described my soulmate to you, it’d be him!’

“I met not only the most kind and caring person but I was also so lucky to meet my best friend, I feel very blessed.”

The first trip they went on together was in Sicily.

“We love Britain but we also love to go and visit Italy since it is such an amazing country,” she said.

“Sam loves prosciutto and he always jokes about the fact that he fell in love with me thanks to my lasagne!”

Sam has visited Italy with Raffaella multiple times and educated himself on her country’s culture, visiting national landmarks like the Colosseum and learning Italian.

He learned some Italian lingo and practice made perfect as Sam was even able to ask Raffaella’s father for his daughter’s hand in marriage in Italian when the parents visited the UK in May 2019.

When the couple set the date for their wedding back in June 2019, they had no idea  they would be getting married the day after Brexit.

Post wedding the couple are going to be working in Munich, Germany – showing that Britain will still be very much a part of the life of its European cousins.

But down the line the couple dream of bringing up kids in the UK –  in fact, in Eastbourne where they first met.

Sam said: “We do want to move back to the UK – my current contract for work as a research fellow expires in a year so we’ll be looking for jobs back in England again.

“I grew up in Eastbourne and Raffaella went to university there so we have a lot of friends there and it’s lovely.

”That’s why it was the only place we’d want to be for our wedding day.”

Raffaella added: “All my Italian family and friends were very happy to come to the wedding and they have been so supportive all the time.

“Even my parents who are 73 and 78 years old were so ready to jump on the plane and come here to celebrate! 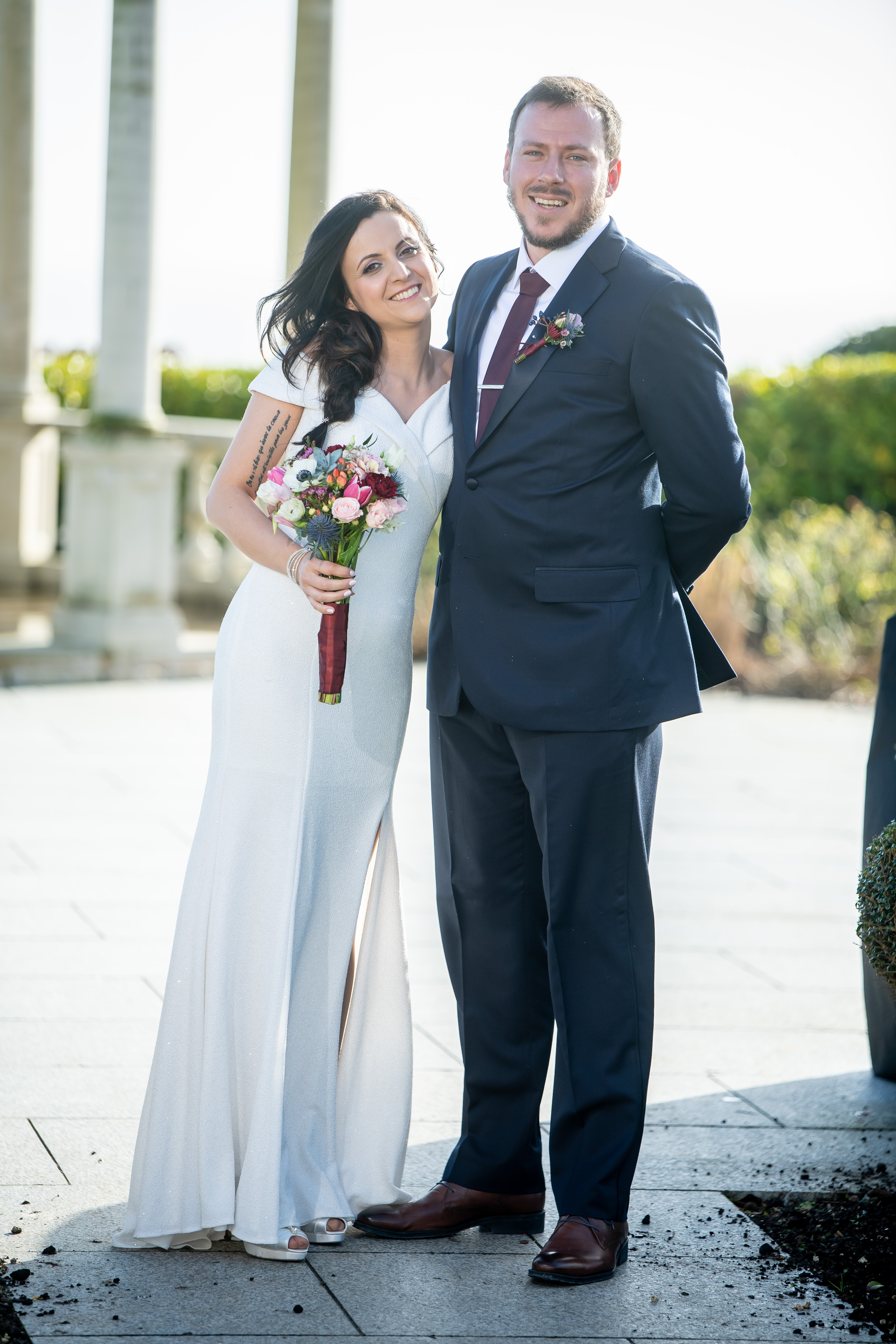 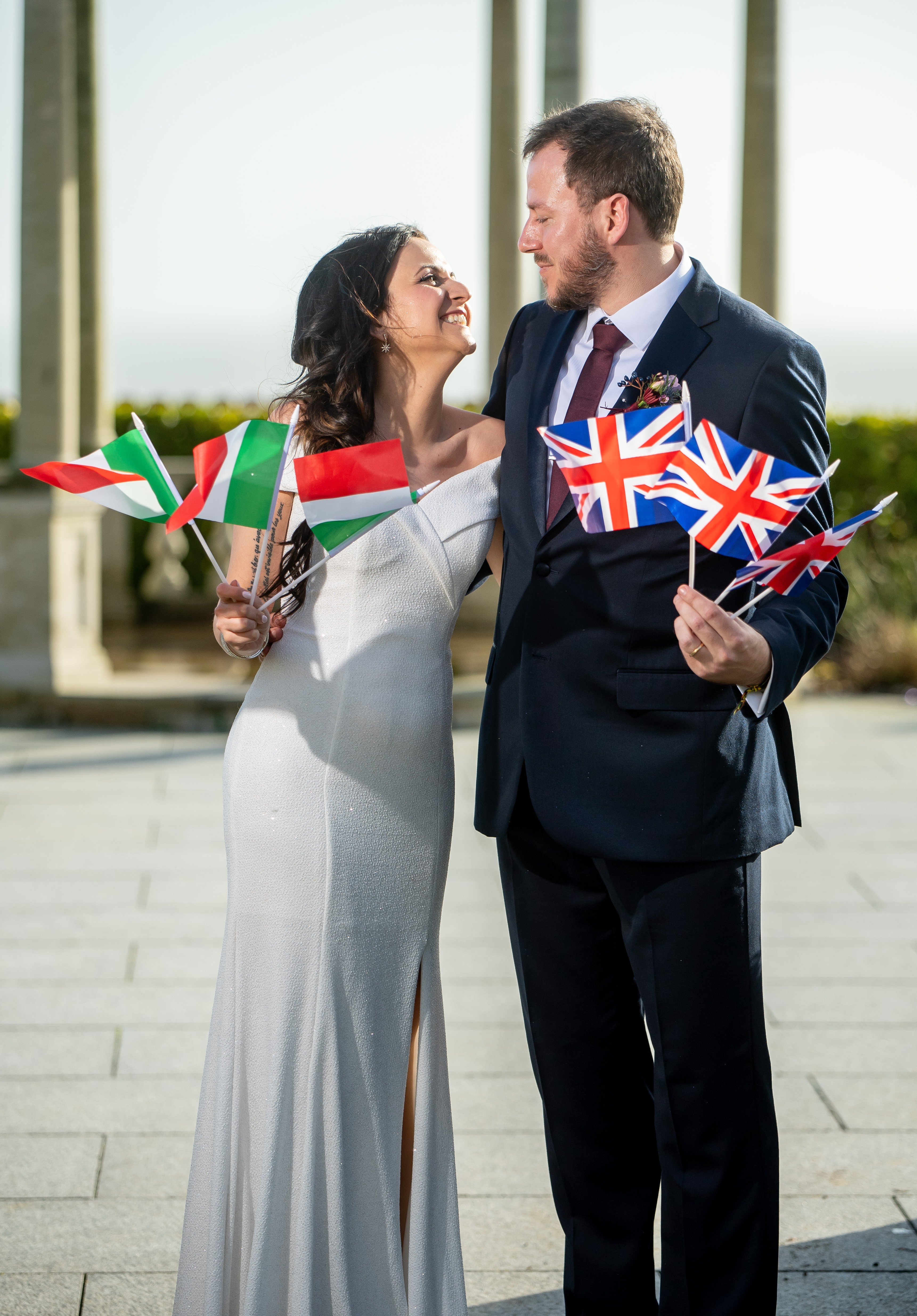 Boy, 6, Who Was ‘Constantly Smiling’ Is Killed by Grandfather in Murder-Suicide: ‘It’s Just, Why?’