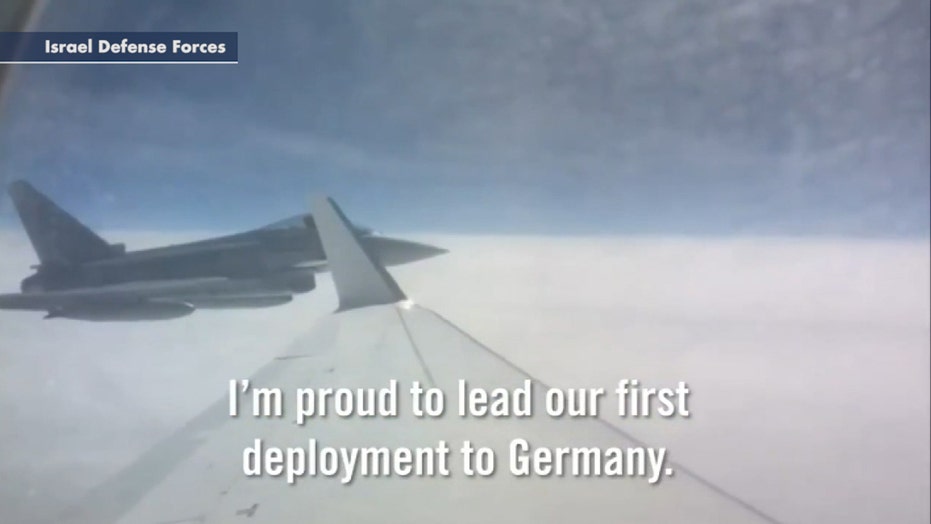 Raw video: German jets welcome Israeli Air Force jets into their airspace for first time ever before flying over former Nazi concentration camp in tribute to the Jews and others killed there during the Holocaust.

The moment that the Luftwaffe commander, Lt. Gen. Ingo Gerhatz, welcomed the Israeli air force into German airspace was captured in a video.

“On behalf of the German air force, it is an honor for me to welcome the Israeli air force entering German airspace for the first time in history,” Gerhatz can be heard saying in the video released Tuesday.

Maj. Gen. Amikam Norkin, the leader of the Israeli jets, responded by saying he was “proud” to lead his country’s first deployment into Germany.

“It’s a testimony to our strong ties and mutual commitment,” he said. “I salute you and your air force.” 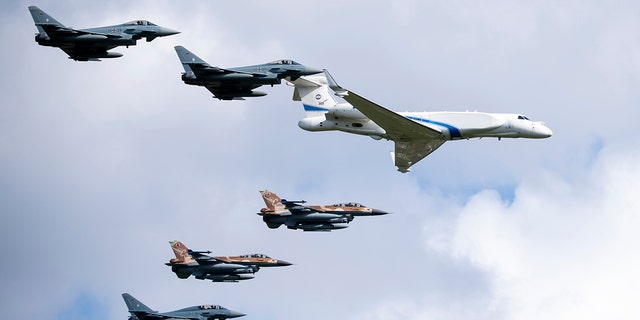 On Tuesday, the two air forces marked the occasion with two Israeli F-16s and two German Eurofighters escorting an Israeli air force Gulfstream 6-500 carrying the commanders of both air forces over the Dachau memorial camp outside Munich. A third Eurofighter filmed the formation.

They were paying tribute to the Jews and others killed there during the Holocaust.

They also flew over the Fuerstenfeldbruck airfield in honor of the 11 Israeli athletes who were killed as part of the Munich massacre attack during the 1972 Summer Olympics.

Two athletes were killed and nine others were taken hostage by the Palestinian group Black September from the Olympic Village on Sept. 5, 1972. During a botched rescue attempt at the airfield by German police, the other athletes, along with five of their captors and a West German police officer, were killed.

Six Israeli F-16s, two Gulfstreams and two Boeing 707 tanker jets arrived in Germany on Monday for two weeks of exercises with the German and Hungarian air forces. About 180 Israeli personnel are involved.