Home » World News » Is mouthwash actually good for you? We asked dentists

There’s some controversy out there around whether using mouthwash is helpful or harmful for oral health. One concerning claim is that mouthwash kills the good bacteria in your mouth along with the bad, affecting your ability to maintain a healthy mouth microbiome. Or you may have heard the argument that some mouthwashes can stain your teeth. Many dentists are, in fact, in favor of using mouthwash, or oral rinses, as part of a daily dental care regimen. But even still, before you go swishing away with reckless abandon, they want you to be aware of potential side effects, chemical dyes and flavors, alcohol content, and even an increased risk in oral cancer (this is the worst-case scenario, of course!).

To get to the bottom of this particular dental hygiene debate, we asked dentists for their expert opinions and gathered the latest research on mouthwash benefits, downsides, and best practices for keeping your smile healthy, fresh, and clean.

RELATED:People Swear by Oil Pulling for Cleaner Teeth—but Is It Actually Safe? We Asked Dentists 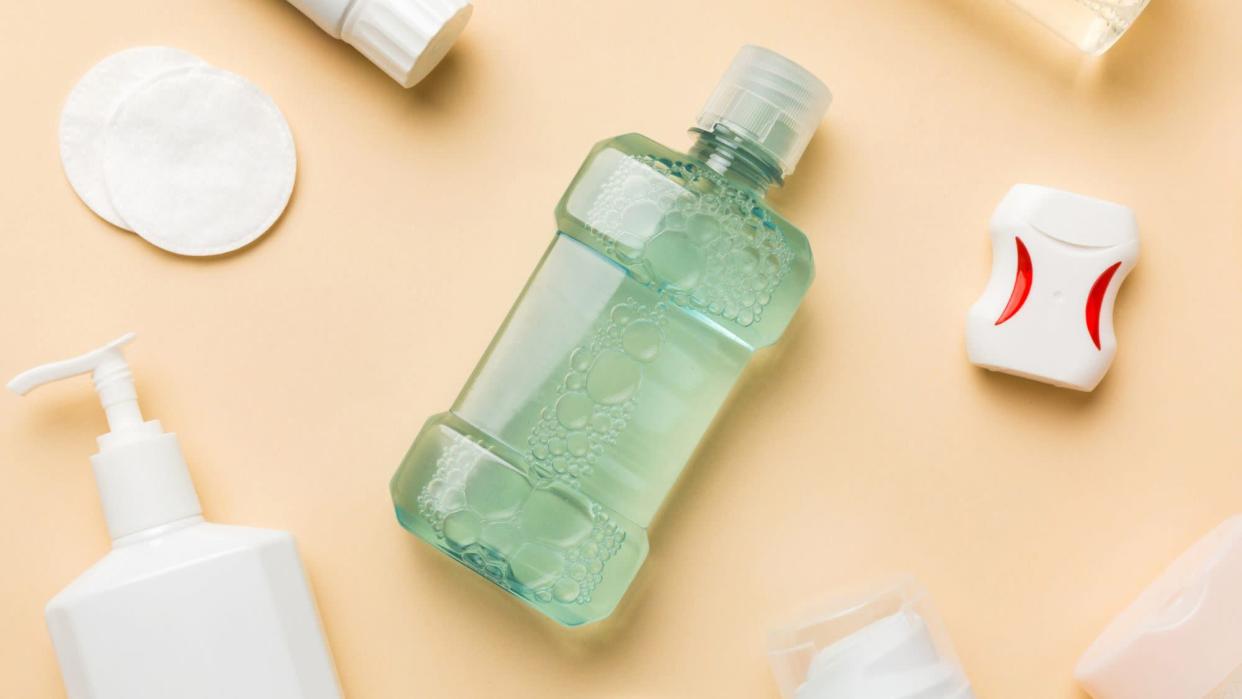 The Pros of Using Mouthwash

Aside from giving your mouth that sparkling-clean, cool, and tingly feeling, mouthwash serves a number of roles when it comes to supporting oral health and hygiene. “Mouthwash is definitely beneficial for keeping your teeth clean, and it can prevent unnecessary problems with your teeth,” says London-based dentist Parneet Sehmi, BDS, MJDF, RCS. “Particularly with the spread of viruses, mouthwash can help disinfect the mouth and lower the risk of bacteria.”

Most obviously, as a liquid, mouthwash can reach the difficult corners and crevices of your mouth that a toothbrush or string of floss simply can’t. It can also reduce plaque build up and gingivitis and help prevent tooth decay and cavities.

RELATED:This Is How Often You Need to Get a New Toothbrush, According to Dentists

Some Cons of Using Mouthwash

One mouthwash downside doesn’t have so much to do with the mouthwash itself, but with the habit of relying on mouthwash as your only form of dental care. In short, mouthwash should be used in conjunction with regular, daily use of a toothbrush, toothpaste, and floss.

“Mouthwash isn’t bad, but it is bad if it’s used to replace using a toothbrush completely,” says LaQuia A. Walker Vinson, DDS, MPH, board-certified specialist in pediatric dentistry. “A toothbrush is necessary to disrupt the plague first. Then mouthwash can be used after brushing to allow the fluid to achieve its maximum benefit by bathing the teeth and oral tissues.”

When it comes to the rinse itself, Dr. Vinson says that the alcohol content of mouthwash is probably the biggest thing to watch out for. Alcohol-based mouthwashes can reduce the amount of saliva in your mouth, since alcohol can be drying, so it’s best to opt for an alcohol-free mouthwash if you notice your mouth feels dry after using a specific product.

Some mouthwashes, such as prescription-only chlorhexidine gluconate, which is used to treat gingivitis, may cause teeth staining, according to research.

Research does back up one significant concern: Mouthwash does change the levels of both good and bad bacteria in your mouth—and this isn’t necessarily good. One recent study discovered that Chlorhexidine mouthwash (Rx-only) has the power to significantly alter your mouth’s microbiome, increasing acidity and actually heightening the risk of tooth damage. The same research team also found that antibacterial mouthwash can reduce the blood-pressure-lowering effect of exercise by around 60 percent, since this type of mouthwash can eliminate the good bacteria our bodies need to regulate blood pressure.

RELATED:Sensitive Teeth Are an Actual Pain—and These 4 Habits Can Make It Worse

Some people also question whether or not mouthwash can play a role in increasing the risk for head and neck cancers. According to the American Dental Association, however, these claims are unfounded, and no direct link has been found between mouthwash use and oral cancers.

How to Choose the Right Mouthwash

If the pros of mouthwash outweigh the cons for you, the best rinse to choose is one that contains fluoride, Dr. Sehmi says, since fluoride can help prevent tooth decay and lower the risk of harmful bacteria collecting in your mouth. Dr. Vinson also recommends using fluoride mouthwash before bed, since “its greatest benefit is achieved” during sleep when your saliva flow naturally decreases. Fluoride mouthwash can be helpful for people concerned about dental decay as well.

Concerned about bad breath? Dr. Vinson suggests to “look for a mouthwash that’s antibacterial as it will be more effective against the bacteria that form the plaque that contributes to bad breath.”

While whitening mouthwashes might sound appealing, Dr. Vinson says they actually aren’t as effective at whitening teeth. If a whiter smile is your ultimate goal, you’re better off leaving that to over-the-counter whitening strips.

How to Use Mouthwash Correctly

Even if you live alone and feel tempted to swig straight from the bottle, Dr. Sehmi says to pour the mouthwash into the cup provided with the bottle, otherwise a plastic measuring cup will do the trick. “Only use as much mouthwash as the product [directions] stipulate, which is typically between three and five teaspoons,” he explains.

Empty the cup into your mouth to swish the liquid around, being extra-careful not to swallow any. Mouthwash shouldn’t make you physically sick, and accidentally swallowing a mouthful shouldn’t be too dangerous. However, consuming mouthwash in large amounts can actually cause you to get drunk if there’s alcohol in it, or can also cause organ failure or death (again, worst-case scenario—but better to be safe!).

For exactly how long to rinse, always follow the directions on the product itself. In addition to swishing, gargle for about 30 seconds and then spit the mouthwash out into the sink. “While some people use mouthwash as part of their daily teeth-cleaning routine, the product guidelines typically suggest a frequency of twice a day,” Dr. Sehmi says. “Just ensure it isn’t used as a substitute for brushing and flossing.”

Overall, mouthwash offers a lot of benefits for your oral health and hygiene. At the end of the day, Dr. Sehmi has one simple answer about whether or not mouthwash is good or bad for you.

“It depends on the type of mouthwash being used, and when it’s being used.” If you’re concerned about the potential risks of mouthwash, it’s important to weigh the pros and cons of using this product as part of your daily dental care. As always, your best bet is to talk to your dentist for their mouthwash recommendations for your teeth and mouth specifically.