Year 12 student Haleena has lived through one of the world's longest lockdowns and months of remote learning, but something unexpected has made a tough year even tougher. 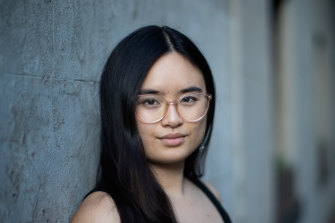 Haleena is one of many IB students complaining the International Baccalaureate Organisation (IBO) is failing to adequately recognise the disadvantage suffered by its Victorian students.

"Victorian students have been through a lot compared to other Australian students," said Haleena, who declined to use her last name.

"It feels like we missed about three-quarters of the year [at school].

"It would break my heart if IB didn't acknowledge that. School has been great but the IB needs to meet us halfway."

Haleena, who studies at Ivanhoe Grammar, said some students had lost motivation due to uncertainty over the processes used to grade students.

The Victorian government has announced various measures to support year 12 students who have spent months learning from home during the state's strict lockdowns. The support includes assessing every VCE student for special consideration, reducing course content and changing the exam timetable.

But the special consideration does not extend to the more than 1000 year 12 students doing the IB graduate diploma across the state.

Instead, the Singapore-based IBO is responsible for assessing the impact of COVID-19 on students.

While the IB's May exams were scrapped and concessions will be made for exams in 2021, it made almost no changes to its November exams despite Victorian students' long periods studying at home.

Another year 12 IB student, Max, said: "The VCE has had a whole bunch of content cut out and exams moved whereas we've had nothing."

"Unlike VCE students, students doing the IB diploma program have not had significant alterations to course content or assessment components," she said.

"By contrast, IB diploma program students in other Australian states have had little or no disruption to their school routines.

"Schools are reporting that this has had a negative impact on student wellbeing."

Ms Green said Independent Schools Victoria had "supported the affected schools in making representations to the IBO to ensure the disadvantage these students have faced is recognised."

The Age understands the IBO wrote to the Victorian and Tasmanian IB Principals Association on Tuesday saying it would consider ways of recognising the adverse circumstances of students and it would increase communication to schools and their families.

The IBO said it would mark the work of students who have lost teaching time or had poor examination preparation more generously to ensure they received "fair grades and were not disadvantaged by COVID-19-related school closures and disruption."

"We appreciate … the quality of the answers may be generally weaker than those seen in previous years," it said via a public relations firm.

Another concern for some IB students is how their scores will convert to ATARs this year. While a perfect IB score of 45 always converts to an ATAR of 99.95, this year an IB score of 44 will convert less generously to 99.75, following complaints the conversion was too generous in previous years.

The Victorian Tertiary Admissions Centre said there were "years where in general the conversion is lower than 2020 for scores less than 40."

Some IB teachers have privately expressed confidence that students will be treated fairly given IBO's experience in operating through other pandemics.

In addition, IB students are entitled to apply for a special entry school scheme that allows universities to effectively bump up students' ATARs if their ranking falls short of a course's minimum entry requirement. This scheme has been flooded by applications from year 12 students.

"The IB is wanting to expand its zone of influence in Australian education," he said. "A lot of your [Victorian] high-fee schools are diploma schools so that's why there's a lot of face to be lost if this goes wrong."