Home » Inside Indonesia's horrific exorcisms, rapes and electroshock torture to 'cure' LGBT people and 'pray away the gay'

EXORCISMS have largely been confined to the history books – but they're a grim modern-day reality in Indonesia.

Many made to have the "treatment" don't even have anything wrong with them, but are told they're possessed by demonic spirits because they're LGBT. 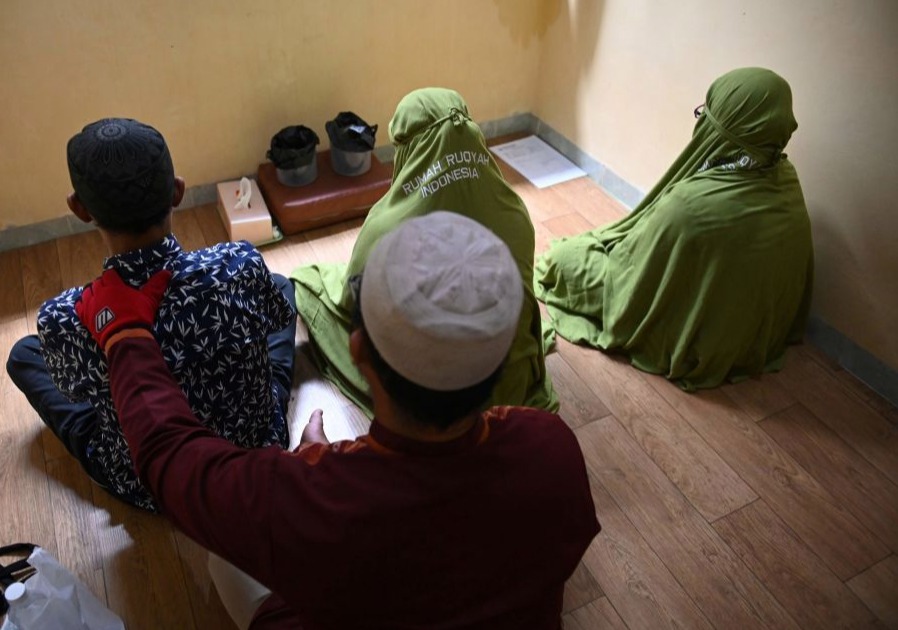 Islamic exorcisms, or "ruqyah", have come under renewed scrutiny in the Southeast Asian nation after some practitioners have even offered corrective rape as part of a service to "cure" LGBT people.

The situation for gay and trans people in Indonesia, the world's most populous Muslim-majority country, has deteriorated in recent years as religious conservatism has spread.

Homosexuality isn't illegal in Indonesia, except in Aceh province – but growing religious conservatism has led to increases in discrimination in the country.

In June 2020, a Pew Research Center study found that just nine per cent of Indonesia's 270million-strong population thought homosexuality should be accepted by society. 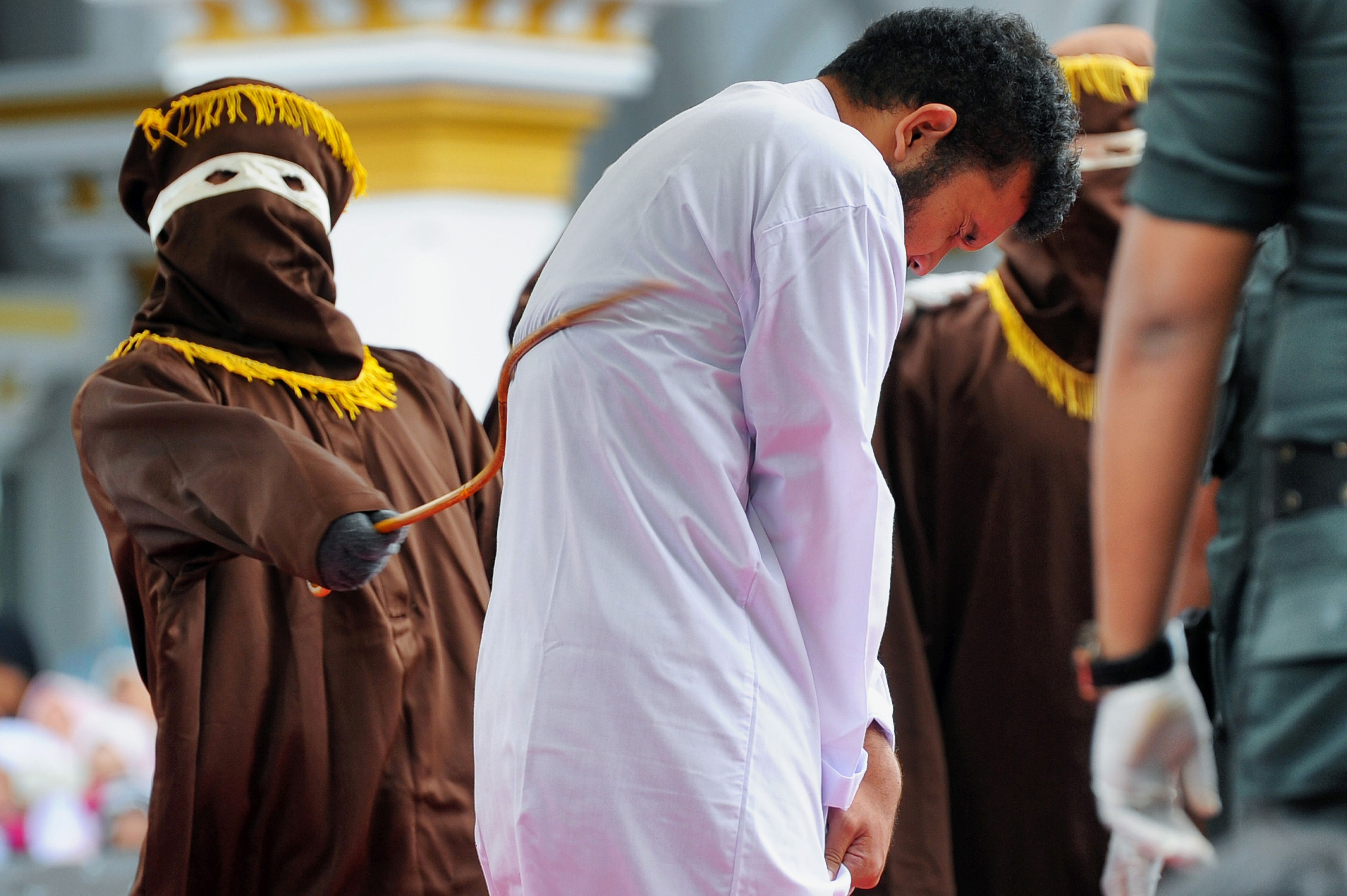 A trans woman was burned alive in North Jakarta last year after being accused of stealing a truck driver's phone and wallet.

And in January this year, two men were publicly caned in Banda Aceh after neighbours reported the pair for having sex.

But forced exorcisms are available as a service all over the country, despite there being no evidence they do any good.

"Nothing changed after the exorcism. I'm still LGBT, but my family didn't give up easily," one trans woman told the Bangkok Post.

"It's traumatising – the horror of that memory stays in my head."

'I had to keep pushing myself to be straight'

Faith-based treatments are widely available for all sorts of ailments from insomnia to business trouble in Indonesia – but they're sometimes forced on gay and transgender people as a "cure" for their identity.

Islamic exorcisms – known as ruqyah – have sometimes been used by parents who want their children to change their identity. 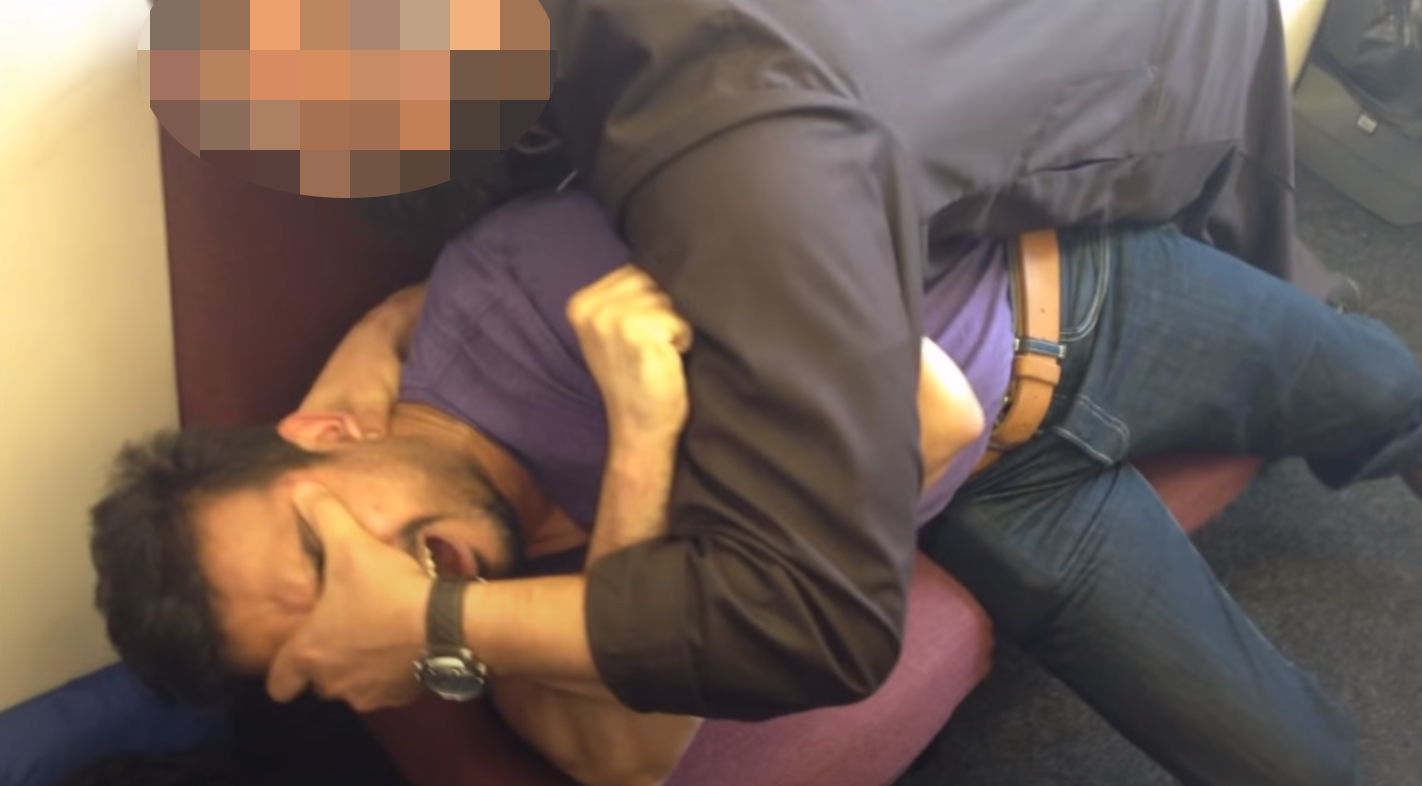 Acep Saepudin's father wanted him to meet with a local ustad in Purwakarta, West Java, to be exorcised.

During the sessions, which were meant to make Saepudin straight, he wept as the ustad prayed over him.

The process is supposed to rid the person being exorcised of demons known as jinn.

“I did it for a month but nothing changed,” Saepudin told USA Today. 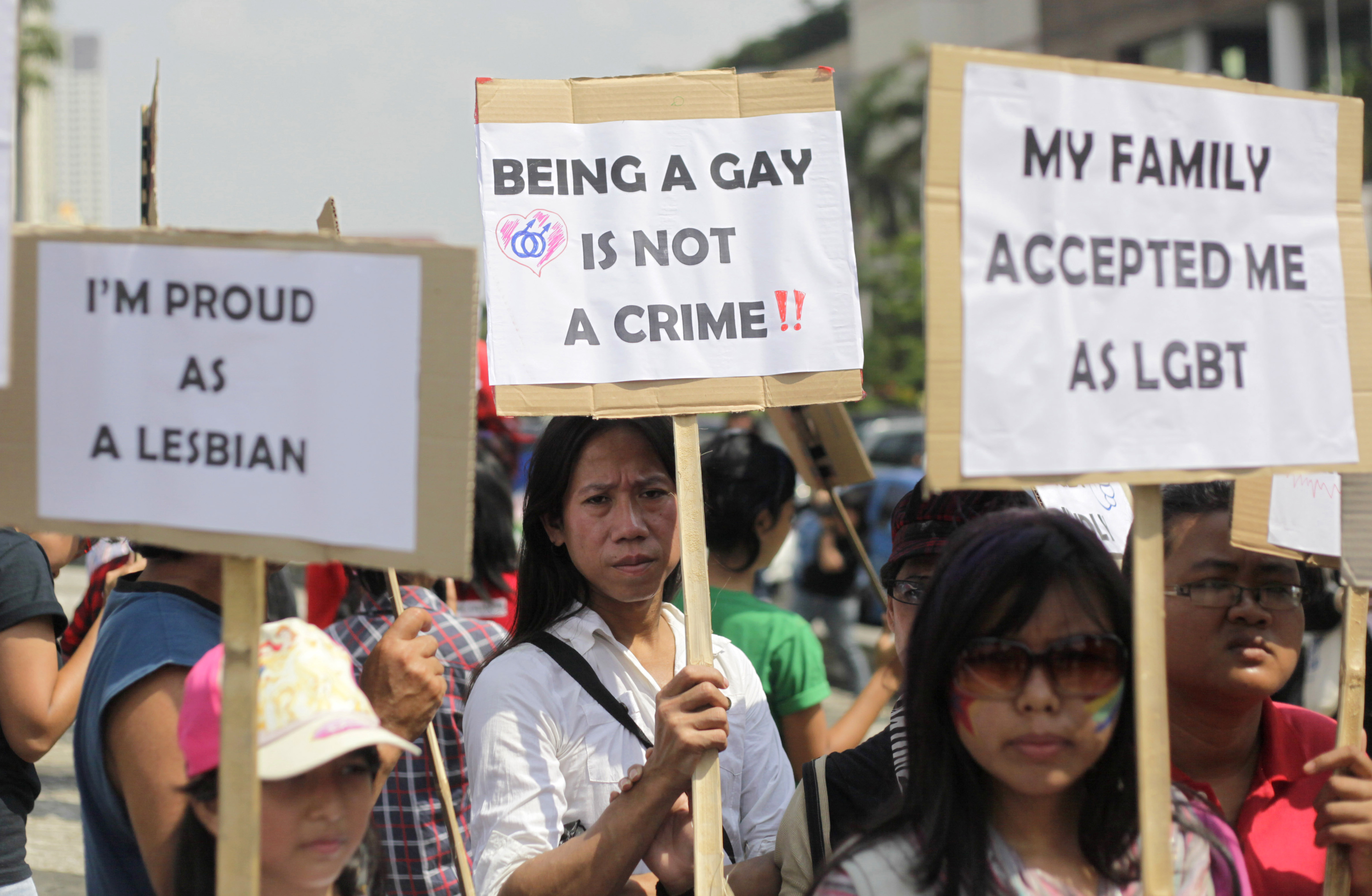 “I am still gay. For me, the hardest part was not during the ruqyah, but after it, when I had to keep pushing myself to be straight.

“It was frustrating and made me depressed.”

Shackled and beaten with broomsticks

It's not just parents who've sent their children to ruqyah.

In Padang, West Sumatra, gay couples have been sent for exorcisms after being arrested by the city's Civil Service Police, BBC Indonesia reports.

Others reportedly sent for what was described as "psychological assistance" included "waria" – the local term for trans people made up of a cross of the words for "woman" and "man". 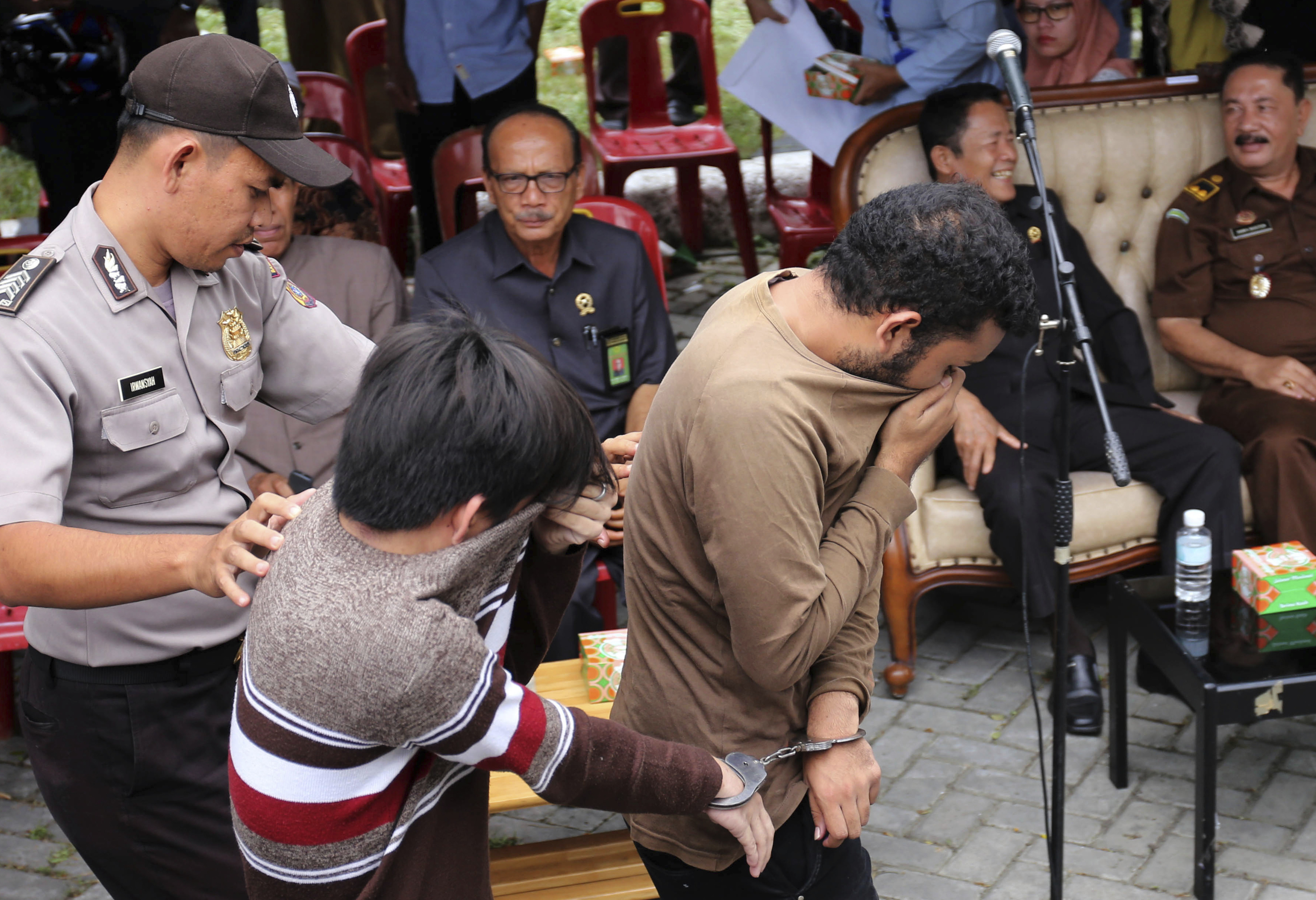 The process of what the treatment involves can also vary widely.

Aris Fathoni, from the Ruqyah Association for Sharia in Indonesia, told ABChe performs the ritual by reading religious verses and hitting his patients' backs with with a sapu lidi – an Indonesian broomstick.

Other treatment can be even more brutal.

Andreas Harsono, senior researcher for Human Rights Watch in Indonesia, says the spreading belief that homosexuality is a disease has led to practitioners offering ruqyah services all over the country.

Even the Indonesian Psychiatrists Association (PDSKJI) classifies homosexuality, bisexuality and transsexualism as mental disorders which can be "cured" if treated.

Some of those offering exorcisms also list even more horrific "treatments" – including corrective rape designed to turn the victim heterosexual.

Closed down earlier this year, one Indonesian ruqyah site also offered electroshock treatments and "pray away the gay" sessions.

“We believe that the LGBT patients we care for are possessed by 'jinn' (demons) who control their holy minds and bodies,” the now defunct site read.

“During the ruqyah process, our therapists will recite holy verses and prayers of protection to frighten the jinn and expel them from our patient's body.”

The bleak site offered different prices depending on the “severity of your disease”, This Week in Asia reports.

That included fees of $70 for up to five sessions of electric shock therapy, $100 for four ruqyah sessions, and $200 for “sex therapy” – or corrective rape.

Indonesian LGBT rights organisation Pelangi Nusantara, which campaigned to get the site shutdown, described the site's services as “torture”. 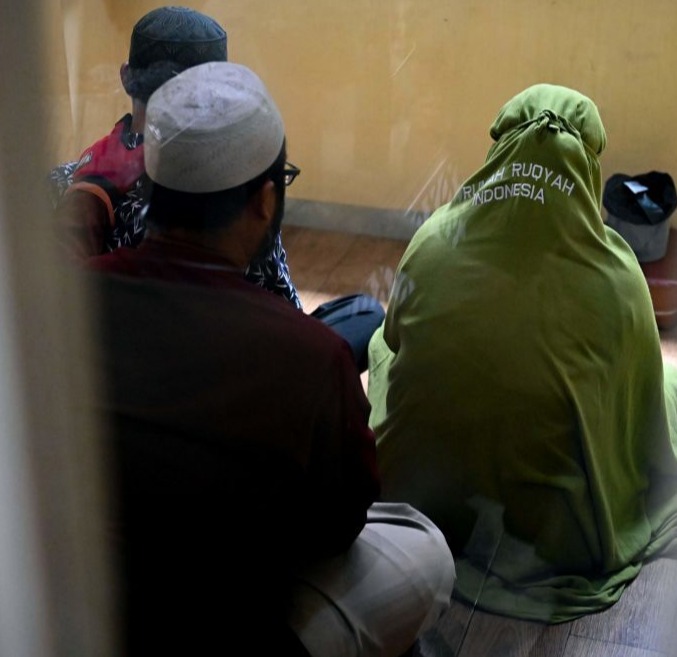 “It is shocking that such dehumanising practices are peddled as a cure for homosexuality,” the group's petition to close the site down read.

“These local businesses are given free rein to operate in Indonesia by civil authorities and religious leaders.”

'It was torture and inhumane'

Dr. Dina Listiorini, a lecturer at the Department of Communication at Atma Jaya University in Yogyakarta, said the use of ruqyah to change people's gender identity and sexual orientation has its roots in early 2000 after the fall of dictator Suharto.

“The campaign of ruqyah is an attempt to normalise what they see as abnormal or deviant,” Listiorini told Nikkei Asia. 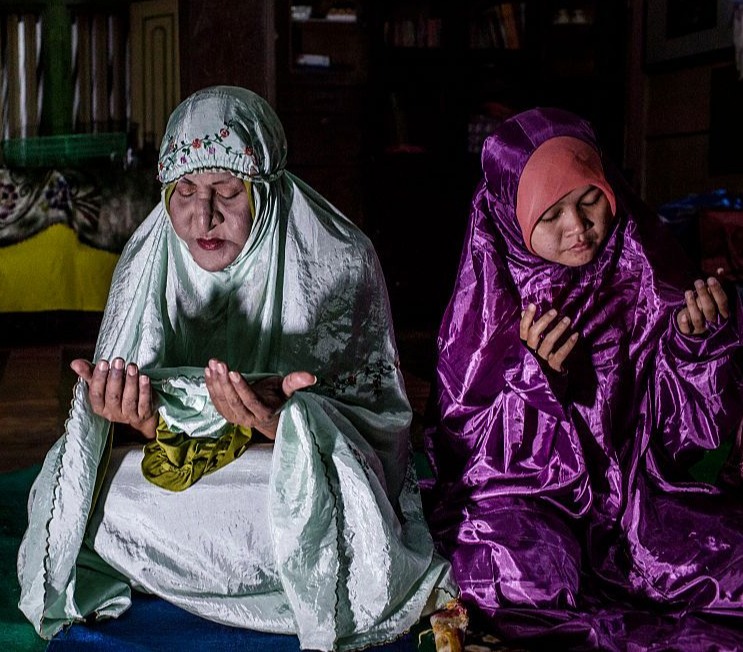 “In the end, this homophobic campaign ends up in violence against gender plurality.”

Arif Nuh Safri, a cleric at the transgender-only Islamic boarding school Al Fatah Yogyakarta, says people have shared their traumatising experiences of ruqyah with him.

“All told the same,” he said. “It was torture and inhumane.”

Kai Mata, a lesbian singer-songwriter based in Bali, is one of Indonesia's most outspoken LGBT activists and was herself sent adverts for ruqyah. 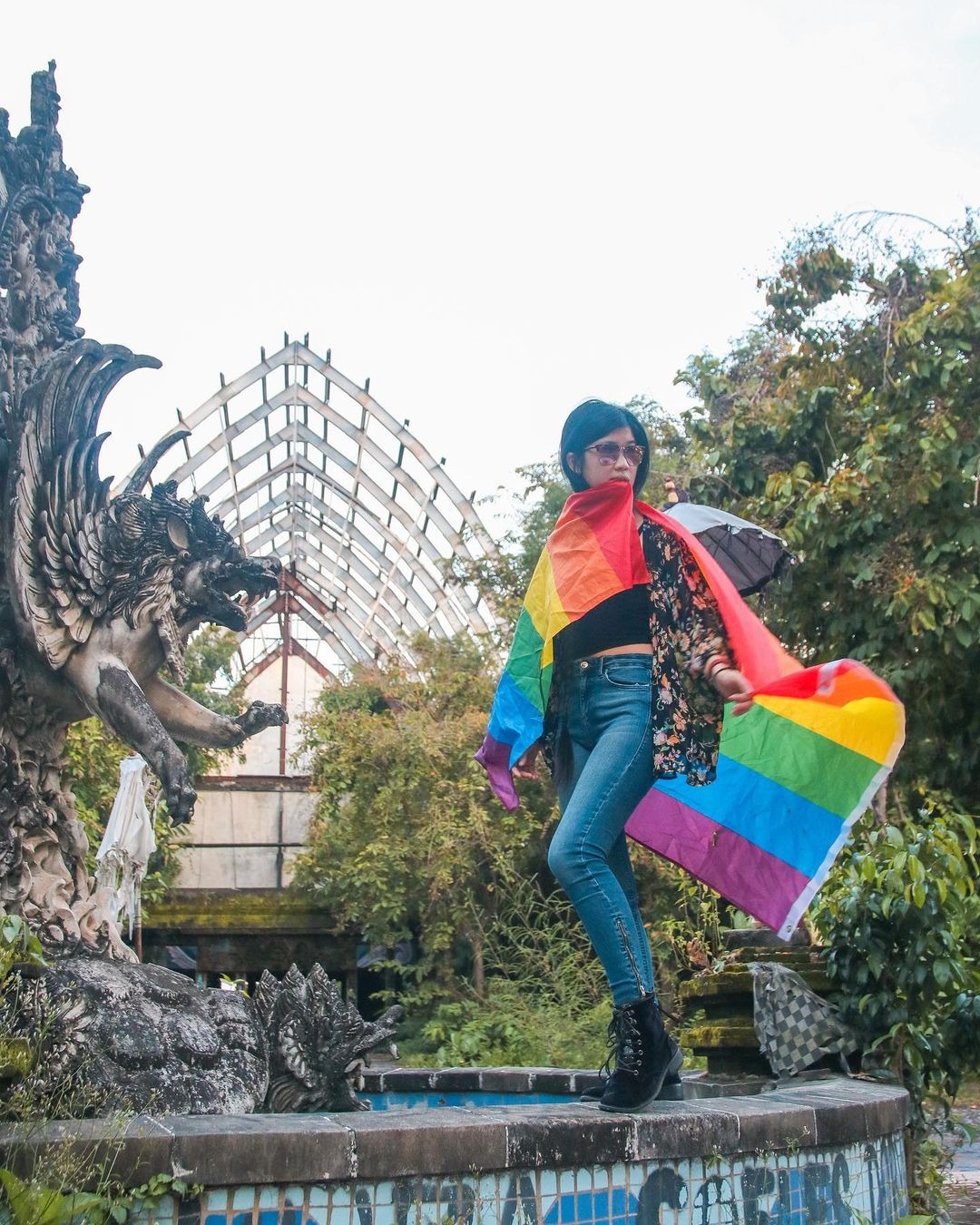 “In Indonesia, it is widely believed and accepted as the norm that if one has same sex attraction or doesn't fit into the typical gender roles, that there is a demon inside them that needs to be exorcised out through prayer and religious ceremonies,” she told her Instagram followers in February.

“It's been reported that 'treatments' in Indonesia range from being bombarded with religious views and texts while locked in a room for days, to freezing cold water being dumped on individuals by religious leader who claim that's the way to purge someone of 'gender disease'.

“We need to be very clear about what these 'treatments' entail [and] the long-lasting psychological effects it has leaving victims traumatised.

“And also what it means about our society at large in which this is how we feel we can treat other people.

Covid vaccine trials: When are results from the Oxford trial expected?