WITH headdresses made of flowers and feathers, these two young tribespeople from the Amazon might not look very fierce. 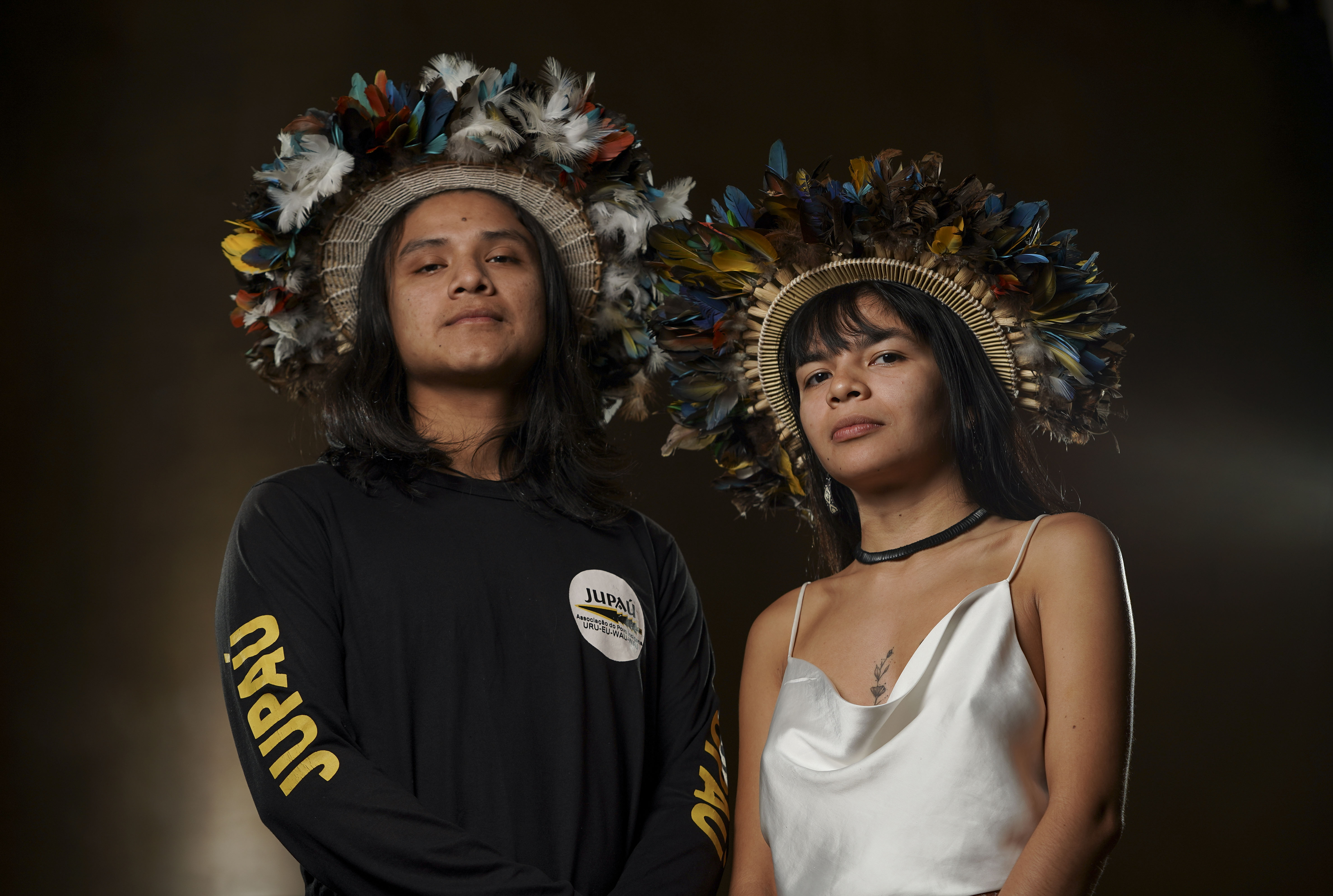 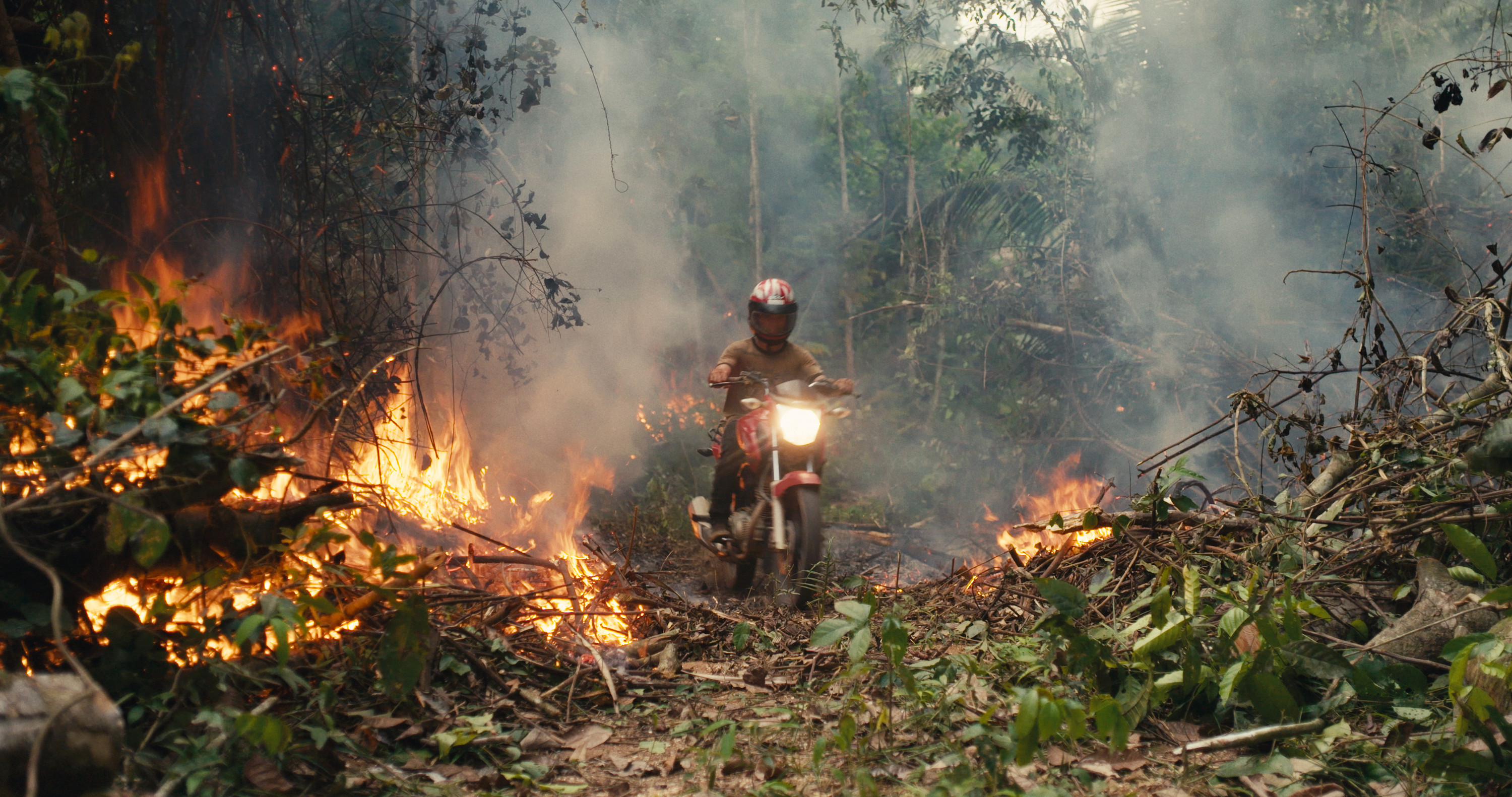 Even though his remote tribe are armed with only hand-made bows and arrows, 22-year-old Bitaté’s men have been able to see off countless invasions from “land-grabbers” wielding guns.

One of his tribal scouts was murdered for daring to take on outsiders wishing to encroach on their legally protected lands, which are almost the size of Wales.

And there have been countless death threats to Txai because she has become the face of the fight to save the rainforest from destruction.

Txai, 25, has been in Vogue and Elle magazines in Brazil, is heading to the United Nations Assembly later this month and spoke to Cop26 in Glasgow less than a year ago. 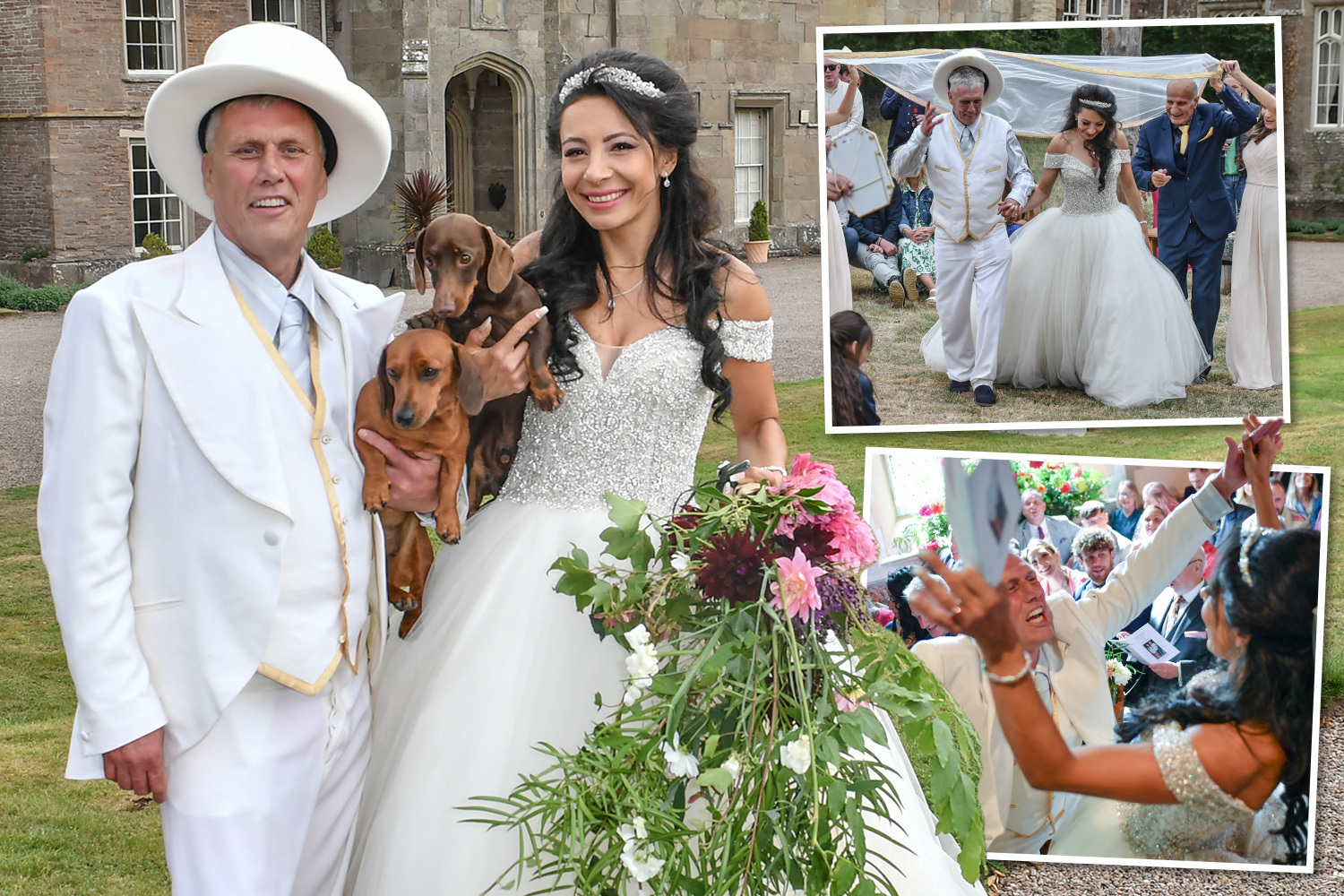 Speaking to The Sun in London, the warrior environmentalist, who is very different from Sweden’s school striker Greta Thunberg, declares: “The headdress is a symbol of protection and war.

“We have different types, with different meanings, but I am wearing the war one because we are at war.

“The people think the colonisation ended but this is not true.

“We continue the war every day.” 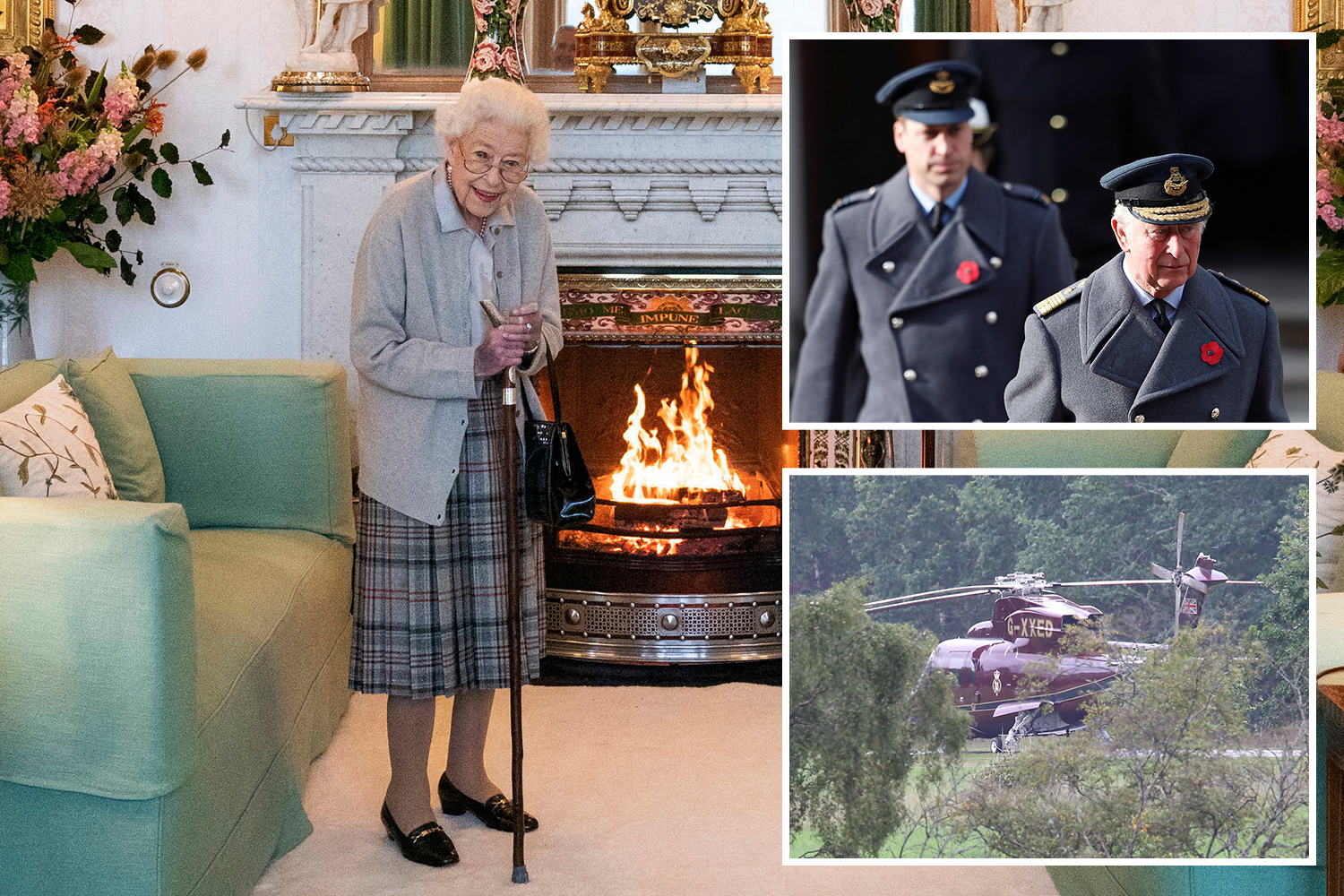 IN LIZ WE TRUSS 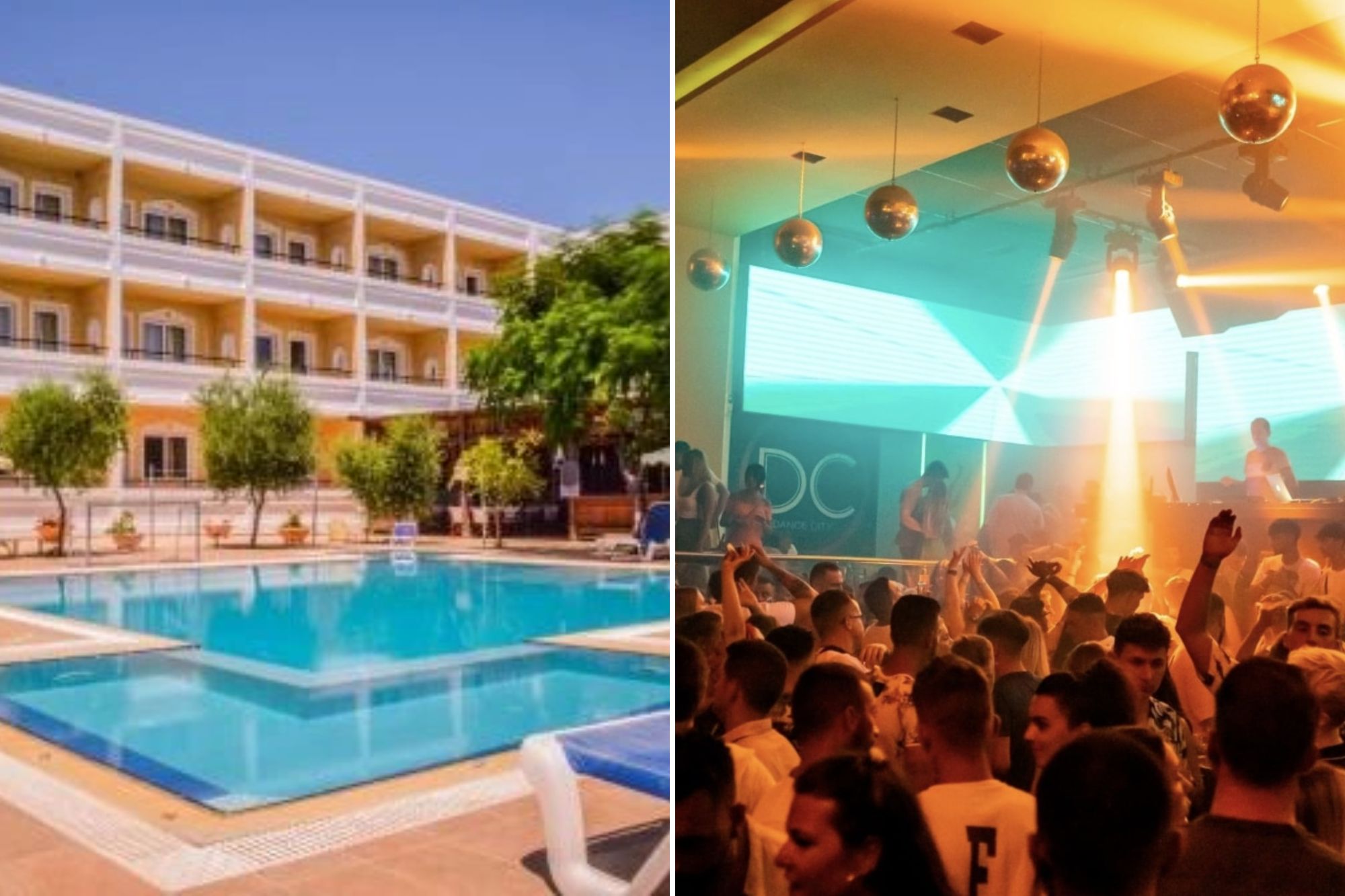 Brit woman, 31, 'gang-raped by group of four Belgian men' at hotel in Rhodes 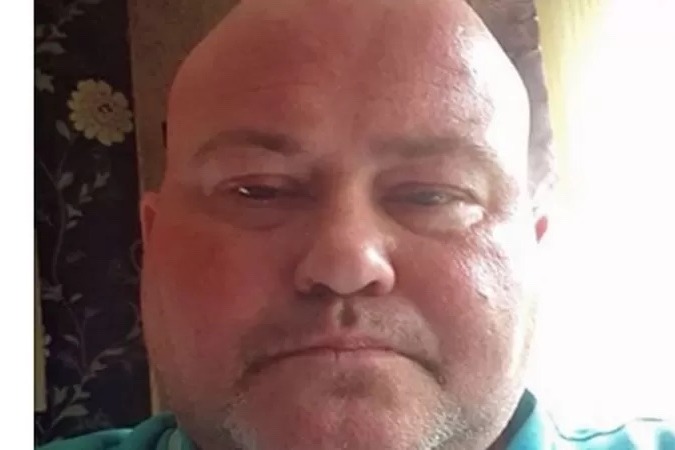 Bitaté is the key figure in a new documentary titled The Territory, which is in cinemas from this weekend.

At the age of just 18 he was chosen by the elders of the almost 200 strong Uru-Eu-Wau-Wau to become their leader.

Exasperated by the armed gangs burning down their hunting grounds in order to turn them into illegal farms, the older tribesman hoped that Bitaté could find new ways to defeat the relentless foe.

The documentary reveals how indigenous tribes are using hi-tech gear in their battle to prevent ancient rainforests being turned into dust bowl fields for grazing cattle.

Loggers, tin miners and farmers denied that they ever entered or set fires in the national parks of South America’s biggest country.

In order to show the world what is really happening Bitaté operates a drone to record aerial videos of the destruction.

As a result of the publicity he generated, many farmers hoping to build on ancestral lands have given up. 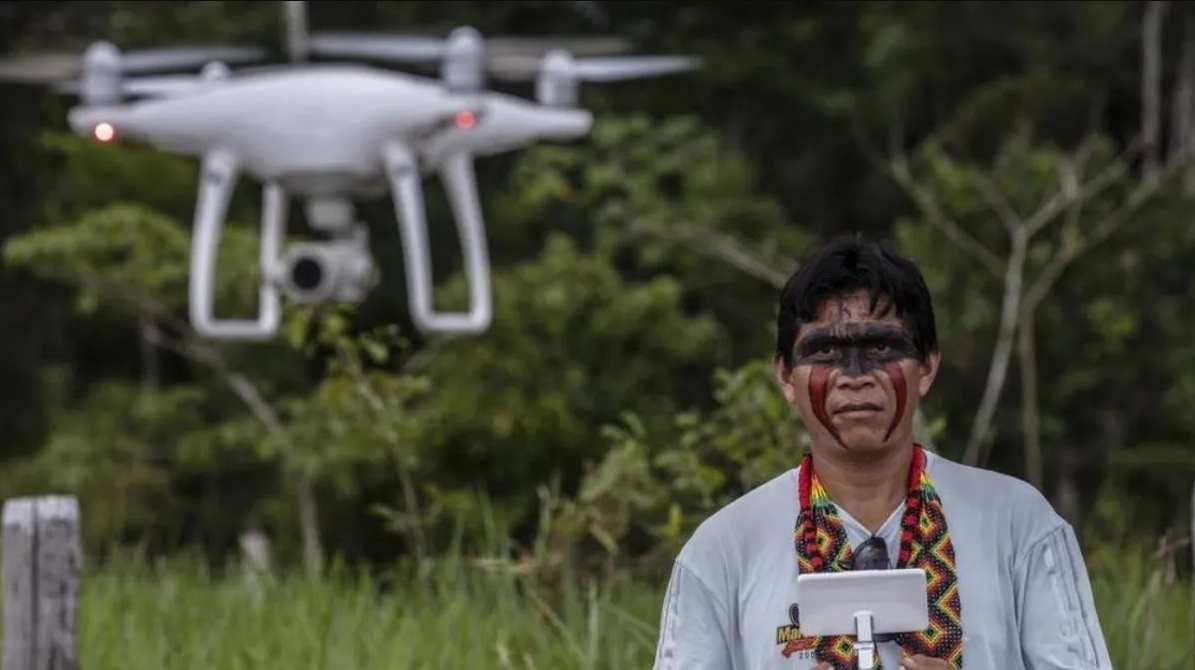 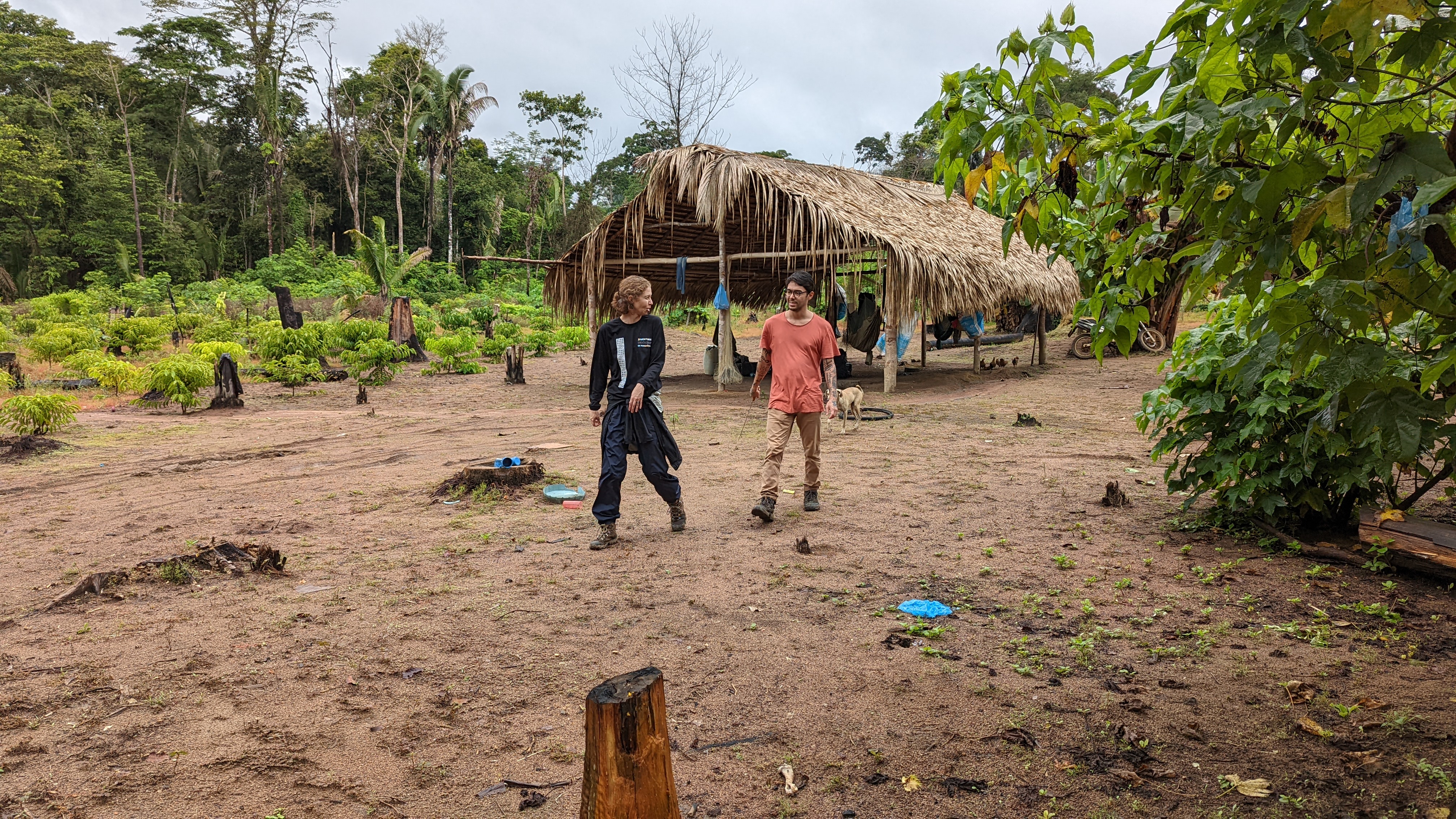 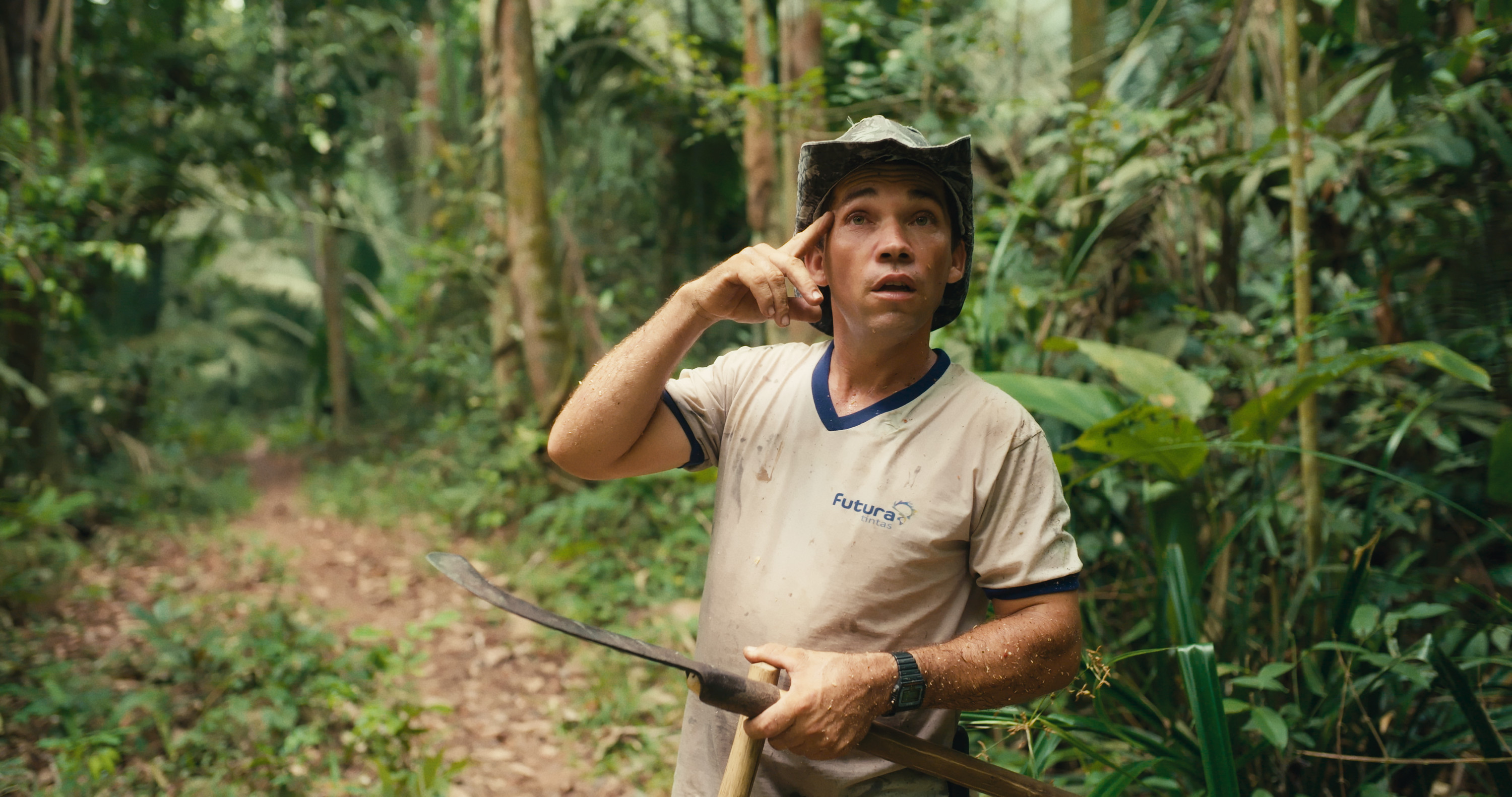 The Uru-Eu-Wau-Wau’s main village in the state of Rondonia, which borders Bolivia, now has wi-fi so they can transmit images to the outside world.

Since the tribe were first found by Brazilian explorers in 1981, they have become increasingly Westernised.

They have motorbikes, wear T-shirts and shorts, have GPS devices and walkie-talkies.

But there are at least three other tribes which have never made contact with either the Uru-Eu-Wau-Wau or non-indiginous people.

Man in the Hole

This week it was revealed that the last member of a tribe in the same rainforest, known as the Man in the Hole, had died after the rest of his people had been killed by invaders.

He was nicknamed the ‘loneliest man in the world’ and had resisted help from the government.

Txai fears that the unidentified man’s land, which has been protected from development since 1991, will be built on.

“We lost the last indigenous person of a people and you know what will happen with his land now, they will try to take it.

“We are fighting for the isolated people to be able to continue. We know all the problems it brings when indigenous people have contact with the non-indigenous people, all the violence, the murders and the disease.

“The isolated people are leaving because of all these threats.” 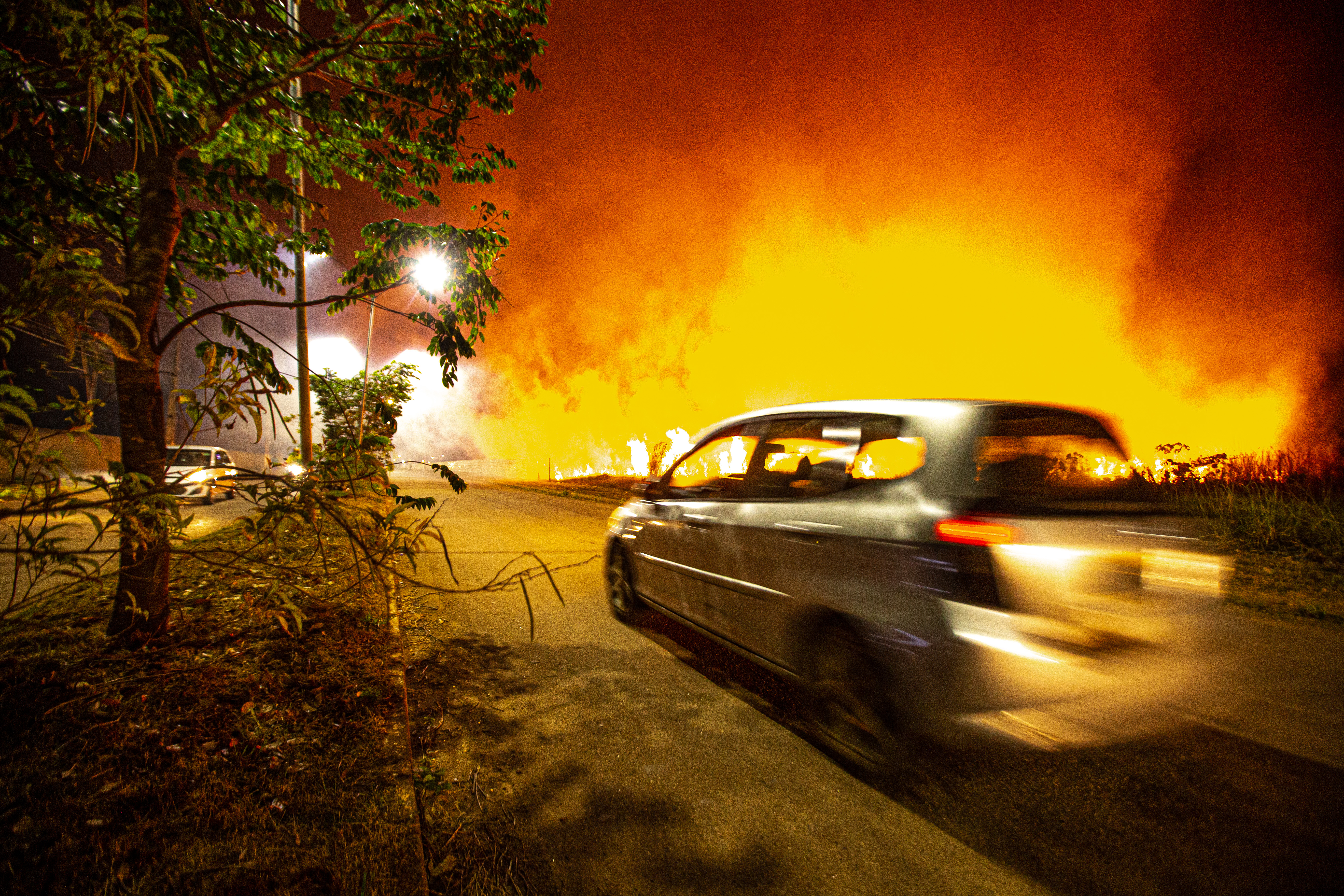 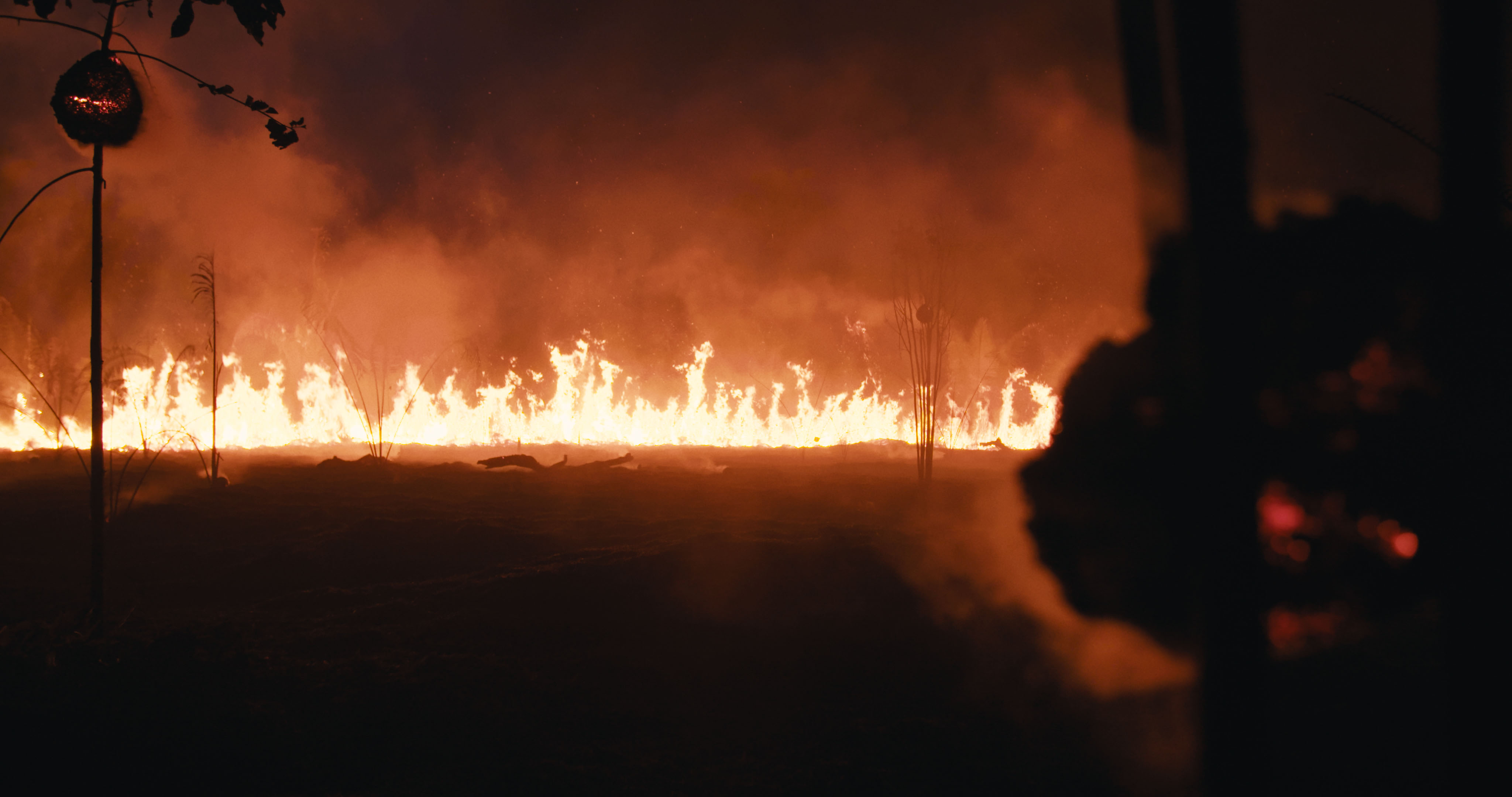 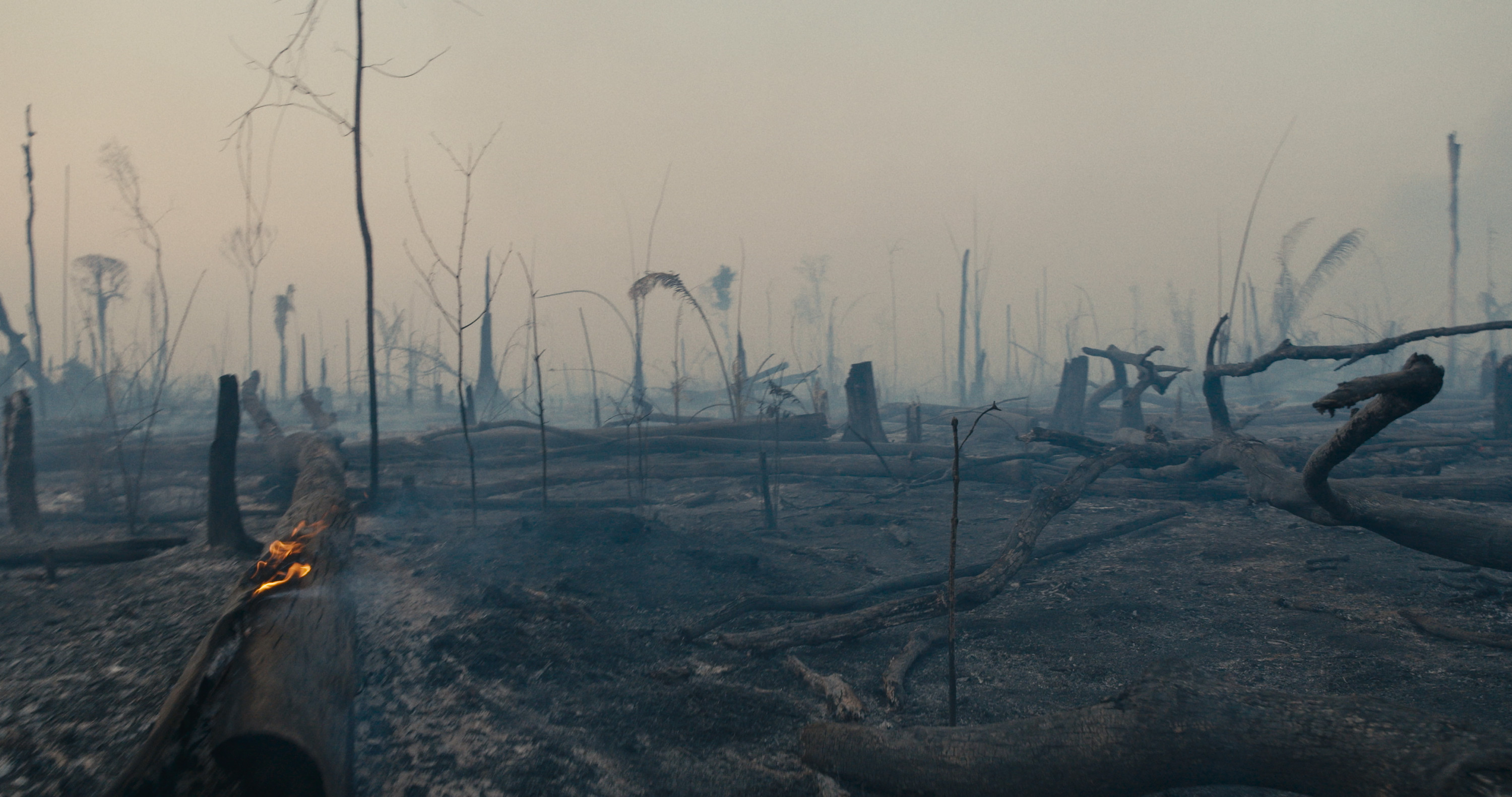 Dealing with what are referred to as ‘isolated people’ is a risky business.

Two years ago one man from the FUNAI, the government agency tasked with protecting indigenous groups, was killed under a hail of arrows fired by an unnamed tribe.

Rieli Franciscato died when one of the tips hit him in the chest.

Bitaté says: “We think they killed him because they believed he was one of the invaders.”

A fear of newcomers, friendly or not, is well-founded.

When outsiders first met the Uru-Eu-Wau-Wau there were around 800 people in the tribe, but just over a decade later that had dropped to 89 due to disease.

Numbers are now rising again, but the threat remains and Bitaté banned contact with the National Geographic team during the height of Covid.

Despite increasing contact with the outside world, the Uru-Eu-Wau-Wau try to hold on to their traditions.

They continue to hunt using bow and arrows, tipped with poison from tree bark, and mark their faces with inkings.

There is also an effort to reclaim the tribe's real name – Jupaú.

During our meeting Bitaté wears a black sweatshirt with Jupaú written on the sleeves that he also puts on for patrols.

Uru-Eu-Wau-Wau is a name incorrectly given to his people by anthropologists who arrived with lots of dogs.

The Jupaú kept saying ‘your dogs are barking’ which in their language sounds like ‘Uru-Eu-Wau-Wau.’

Campaigners battling to defend the Amazon from destruction take their lives in their hands.

Last year at least 27 of them were killed in Brazil and this summer British journalist Dom Phillips, who reported on indigenous rights, was shot dead in the Amazon alongside Brazilian expert Bruno Pereira.

Bitaté sees these dangers whenever his patrol comes across invaders.

He reveals: “Usually we face resistance and they issue threats, but we are able to extract every single one of them that we encounter.

“They say they will kill us, but we are successful.

“It is quite common for them to threaten us with guns, Buruem, an elder, had a gun pointed to his head and we have received a number of threats.”

His relative Ari Uru-Eu-Wau-Wau was beaten to death during a patrol and a man has now been arrested on suspicion of his murder.

Txai, who is part of a different tribe known as the Surui, has faced numerous death threats and her father Chief Almir Suruí had a bounty placed on his head when he promised to defend his tribe’s land.

So worried is her activist mum Neidinha that she has built huge walls with barbed wire on top around her home in the city of Porto Velho, which is close to the rainforest.

None of them are giving up because so much is at stake.

The Amazon rainforest produces roughly six percent of the world’s oxygen and scientists believe that losing more trees will push up global temperatures.

Txai comments: “If we hurt the forest there will be consequences.”

In 2019 satellite images revealed that every minute land the size of a football pitch was being lost to fires and logging there.

At Cop26 the British government pledged £500million to protect the rainforest and one hundred leaders promised to end deforestation by 2030.

The documentary, by film maker Alex Pritz, does put forward the other side of the story.

In the film Alex interviews farmers wishing to settle on plots within Uru-Eu-Wau-Wau territory through legal means.

One, called Sergio, argues that they have land to spare.

The film shows other outsiders burning down Uru-Eu-Wau-Wau trees, which is against the law.

Txai and Bitaté argue that by protecting their people they are helping to save the planet.

Those parts of the rainforest without any indigenous tribes are easier targets for the bulldozers.

The Territory is in cinemas now. 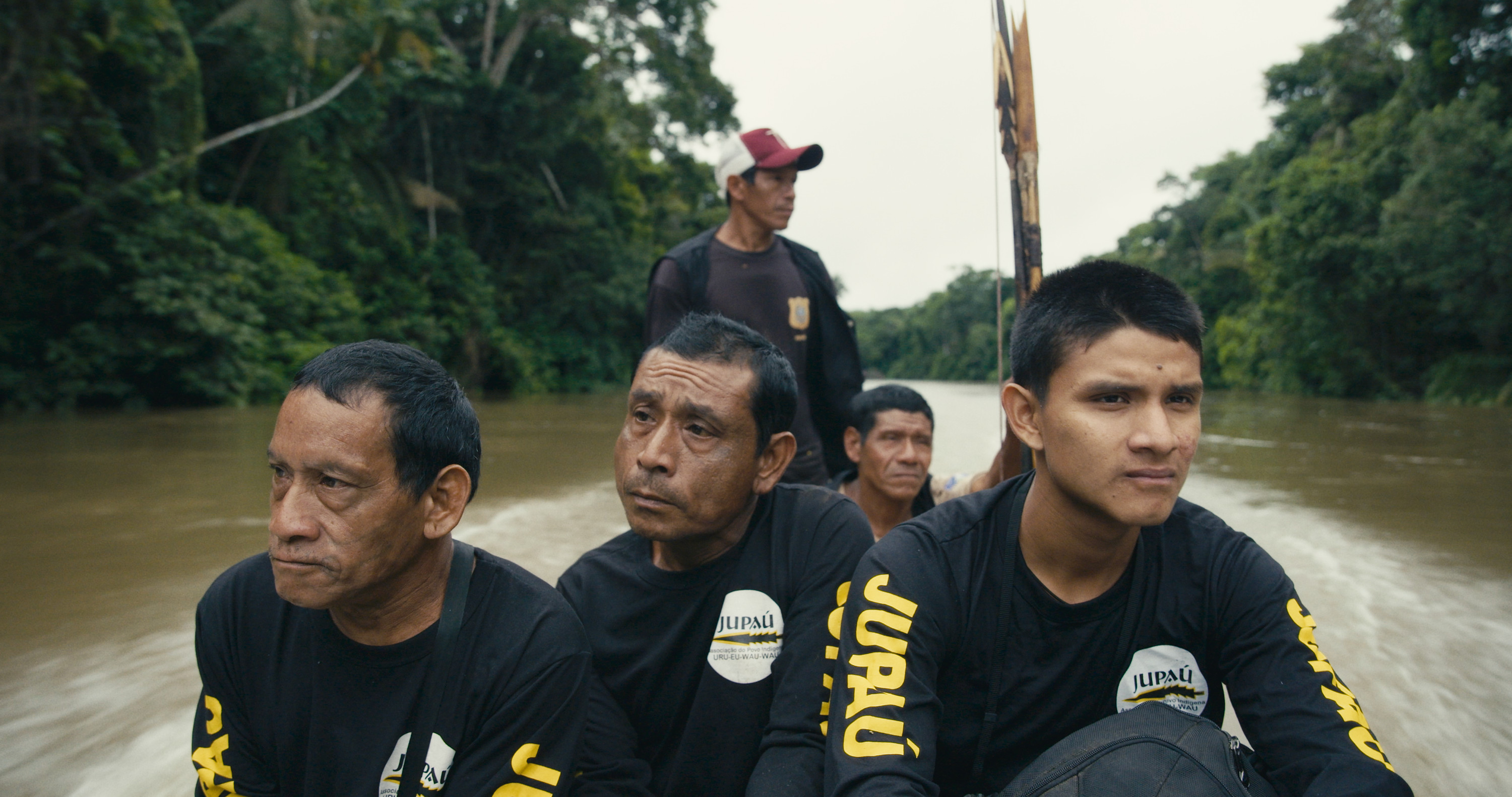 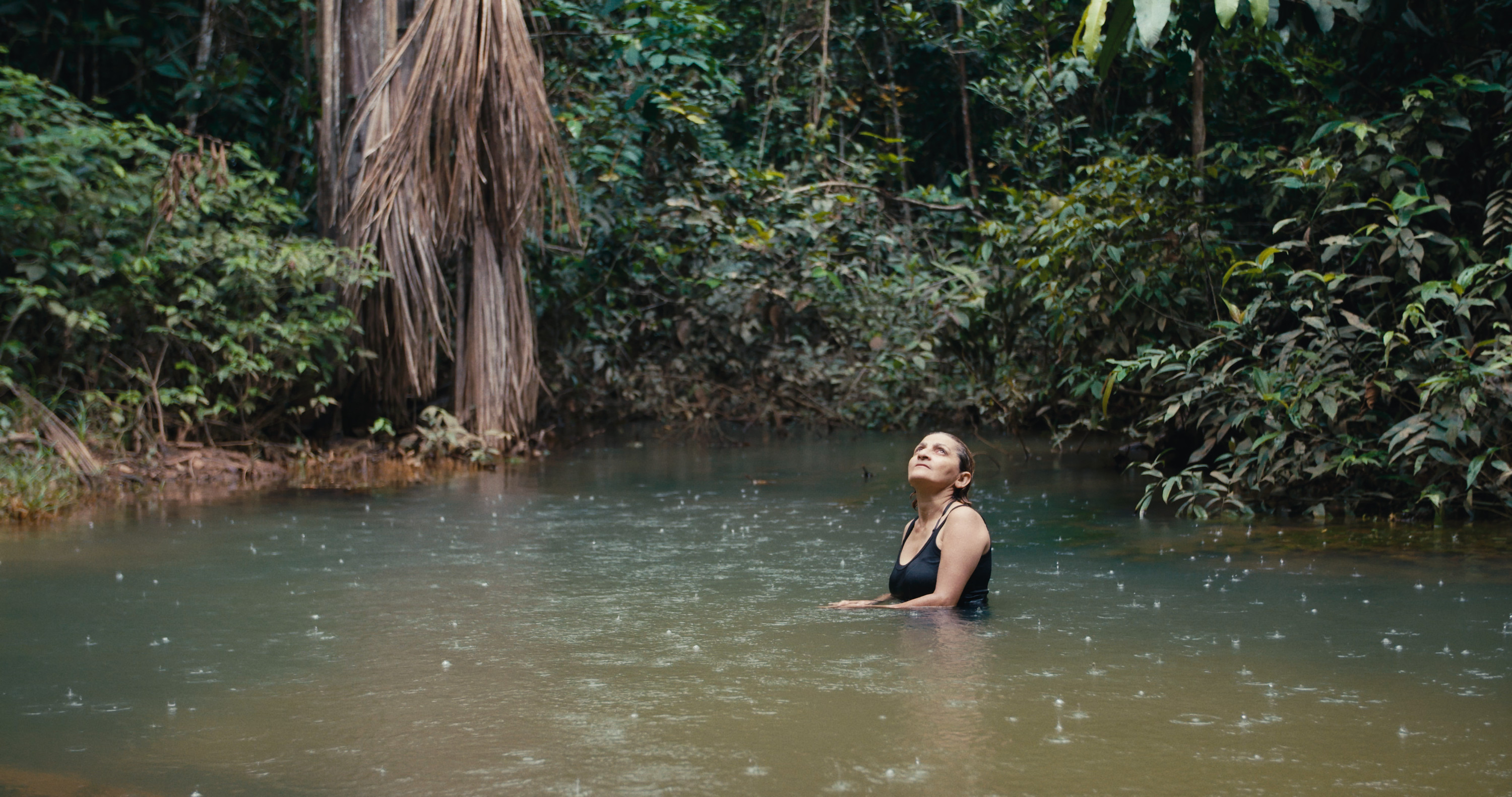 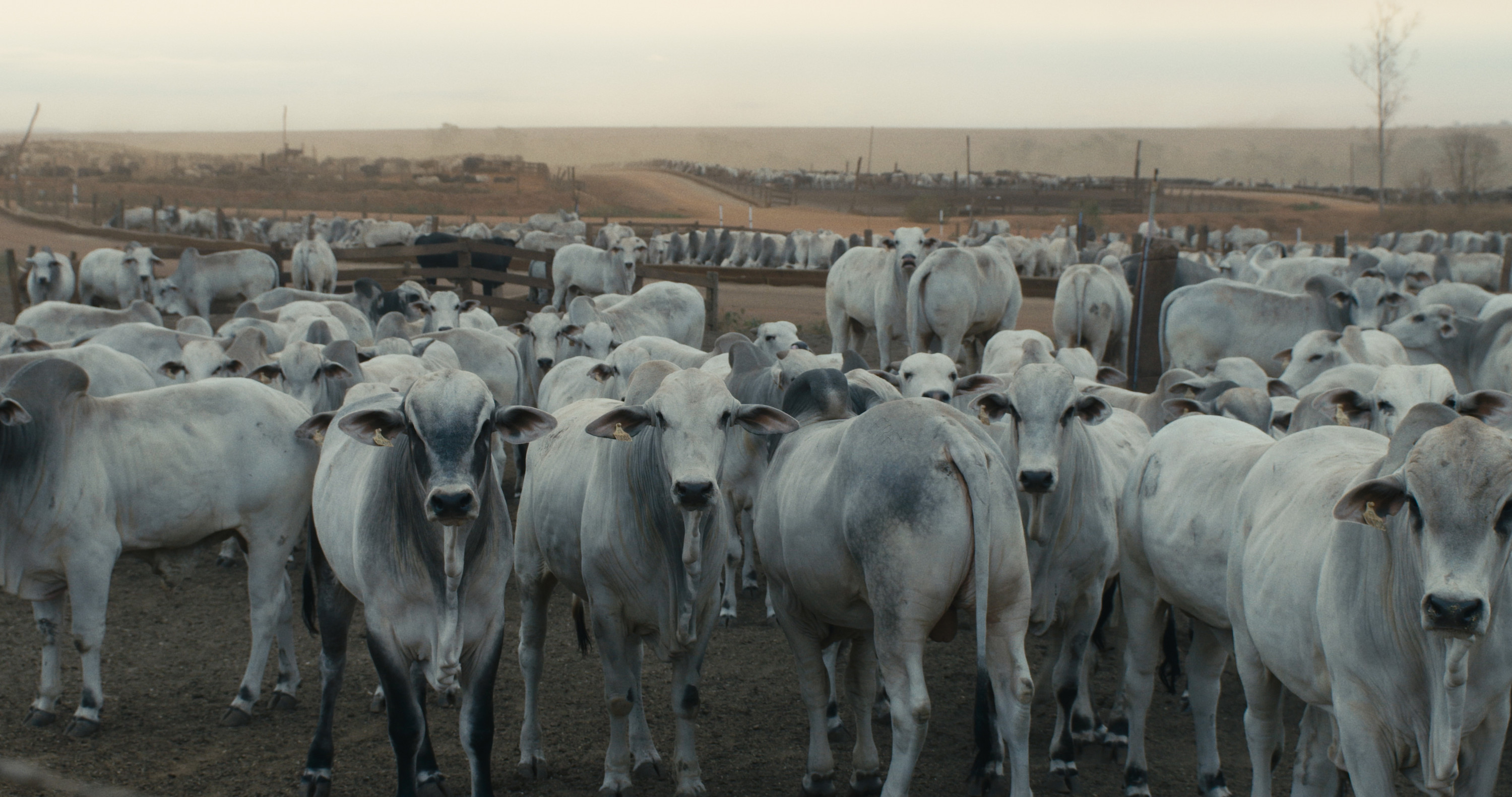