An innocent man was shot dead by a would-be Camorra mafia hitman as ‘a killer’s baptism’ in broad daylight in a scene compared to the Gomorra TV show.

Davide Fogler, 56, who occasionally worked as a valet, was shot in the head in Bagnoli, Naples, on July 31. His body was found in a room overlooking the street.

The shooting has been compared to something out of the Italian mafia TV show Gomorra by local media.

Gomorra (Gomorrah in English) is a crime drama which was aired from 2014 to 2021 and tells the story of a Napolitano mafia family.

It was largely filmed in Scampia and focuses on the life of Ciro Di Marzio, who is a member of the Camorra’s Savastano clan.

In Gomorrah, Ciro Di Marzio took a young Gennaro Savastano to shoot a drug addict in a bid to teach him how to kill in a ‘killer’s baptism.’

Newspapers Il Mattino, Il Messaggero and La Repubblica are reporting that the shooting may have also been a ‘killer’s baptism’, like the scene in Gomorrah. 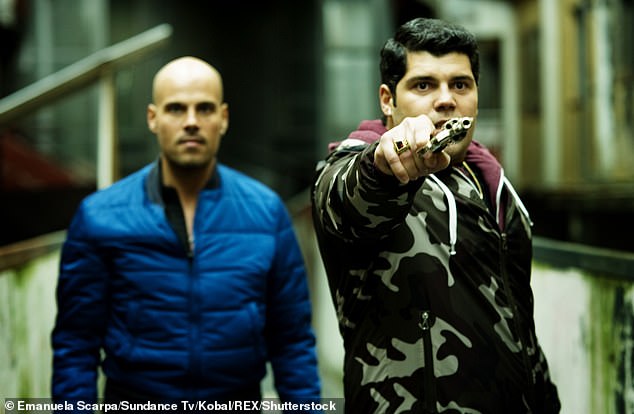 Investigators have said that through this ‘killer’s baptism’ the person could have probed the live effects of the gun, a sort of test to gain experience with a weapon.

Previously,the death of Fogler was ruled as an accident, with investigators believing that he had hit his head on a piece of furniture and sought help before he collapsed.

But then an autopsy revealed that he was murdered. No information has been given to the police about the events from any passers-by.

It was reported by the Today Chronicle that Mr Fogler was hit at close range. 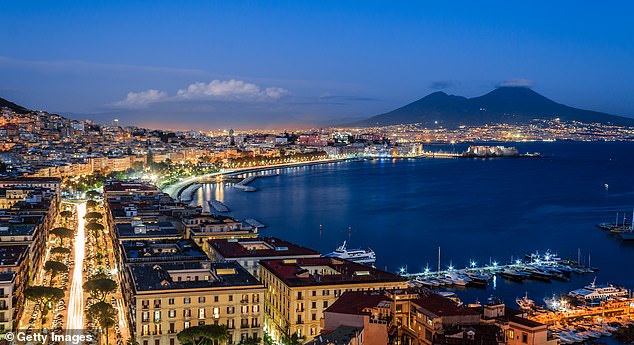 Davide Fogler, 56, who occasionally worked as a valet, was shot in the head in Bagnoli, Naples, on July 31. Pictured: The Gulf of Naples and Mount Vesuvius (stock image)

Another theory investigators have is that the murder could have occurred as a retaliation against homeless people, according to V News.

Police previously discovered that Mr Fogler was not involved in organised crime before his death and had no arguments with anyone prior to his death.

Fanpage reported that he had not been involved in organised crime and that he was a ‘ghost’ who had an apartment but lived like a homeless man.

The Mobile Squad of the Naples Police Headquarters directed by Alfredo Fabbrocini are investigating the case.