Ukraine’s security service raided Orthodox monasteries in at least two cities in what it described as a search for Russian spies and hidden weapons.

The SBU searched the Pechersk Lavra in Kyiv, a 1000-year-old monastic community often called the cradle of the Russian and Ukrainian Orthodox churches, in what it said was an attempt to “prevent the use of the Lavra as a centre of the ‘Russian world’.” 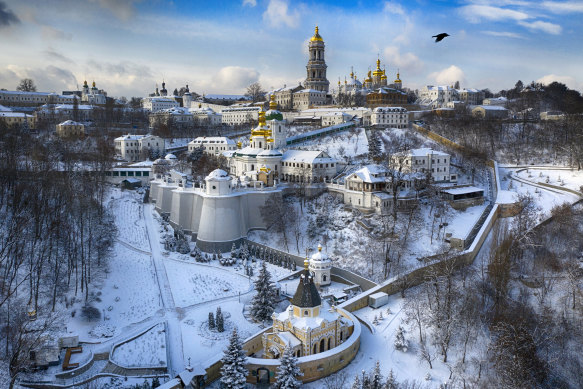 The secret service said the search was necessary to “protect the population from provocations and terrorist acts” and to investigate allegations that church property was being used “to hide sabotage and intelligence groups, foreign citizens, and to store weapons”.

They also raided the Koretsky Holy Trinity monastery and the Sarny-Polissia Eparchy in Rivne, western Ukraine.

The three monasteries are affiliated with the Moscow Patriarchate of the Ukrainian Orthodox Church, a branch that has faced allegations of collaboration with Russia since the war began.

Vasyl Malyuk, head of the SBU, last month described the Russian Orthodox Church in Ukraine as “perfect ground for the functioning of an enemy human intelligence network” and said 33 priests suspected of gathering information or acting as Russian artillery spotters had been caught since February.

The Russian Orthodox Church condemned the raids as an “act of intimidation”.

“Like many other cases of persecution of believers in Ukraine since 2014, this act of intimidation is almost certain to go unnoticed by those who call themselves the international human rights community,” said Vladimir Legoida, a spokesman for the church.

Metropolitan Pavlo, abbot of the Pechersk monastery, denied last week that he had prayed for Russia after footage emerged of people inside the monastery singing a pro-Moscow song.

Ukraine has previously accused the Sviatohirsk Lavra, a monastery in the Donetsk region, of harbouring Russian militants during the 2014 war in Donbas. Its priests have denied the allegations.

One Covid vaccine dose offers more protection to people who have already had coronavirus, study finds