A REVIEWER has slammed a budget hotel after she was forced to wait over an hour to check into her room.

Dianne Bourne was given a room with now windows when she stayed at the Britannia Hotel in Manchester. 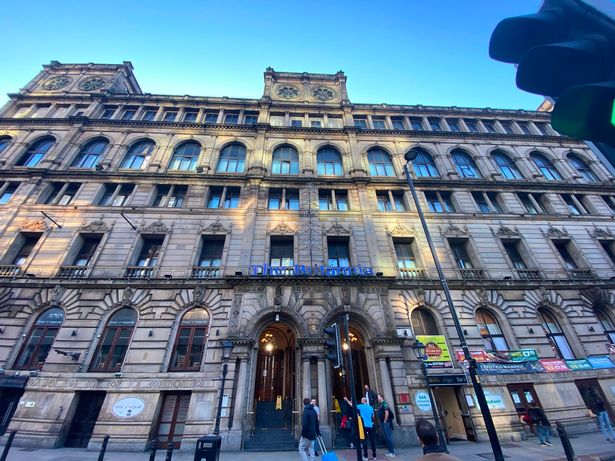 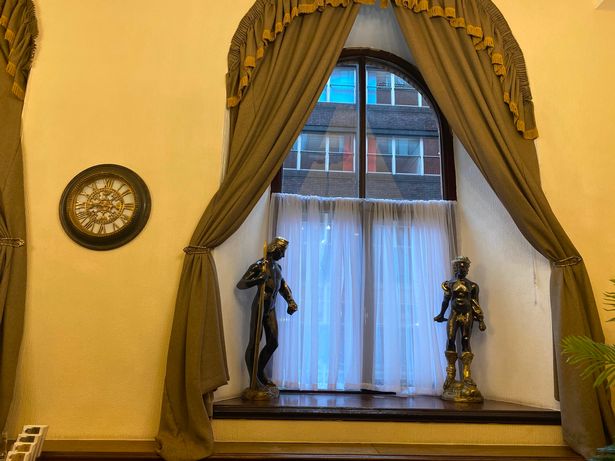 In 2020 the Britannia was named the country’s worst hotel chain for the eighth year running by Which? after a survey of 4,000 guests.

Writing in the MEN Dianne Bourne was left furious after being booked into the small, windowless room, being woken up at 3am by other patrons and paying £299 for her stay.

Dianne said: “When I got my booking information through for the Britannia I was surprised to see that check-in was from 4pm – which seemed a little late – but I figured that would still give me time to get ready ahead of the event I was attending at 6pm.

"I arrived at bang on 4pm at the Britannia, and my heart sank when I saw a queue already forming outside of the grand double doors for check-in.

"Waiting around does allow you to appreciate the grandeur of this 19th century building – the sweeping staircase and huge chandelier on entrance really are impressive, while Graeco-Roman style statues dot the alcoves and windows around the lobby.

"However I became sick of the sight of the Roman Gods after staring at them for a FULL HOUR while waiting to get to the front of the queue.

"I got chatting to some nice people next to me in the queue – when I overheard them talking about how much they had paid for their room.

"And then they all got to have a good laugh when I told them how much I was paying.

"Because it turns out I was being well and truly ripped off with the £299 charge – the two women from Scotland revealed they'd booked their double room (WITH a window) for £170 just three days before their stay (they showed me their confirmation on their phone to prove it).

"Finally, finally when I got to the check-in desk, there was no apology or explanation for the delay, just the request for my name.

"Does it always take this long?" I asked. And he reckoned it was just because it was a busy Saturday night in Manchester.”

The Britannia came last out of 25 major chains, with a score of just 37 out of 100, and there are hundreds of negative Tripadvisor reviews who complained about check in times.

Dianne added: "I arrived at my room, having noted that room numbers on the doors were in a font that might best be described as "Prisoner Cell Block H".

"Once inside my ground floor bedroom, the first thing that struck me was the wave of heat.

"Yes, I knew there was no window when I booked, but I had foolishly thought this would be in some way compensated by a modern form of air conditioning system. No such luck.

"Aside from the heat, the room itself was pretty basic with old-fashioned dark furniture, and plain magnolia walls punctuated by two dirty round marks above the bedhead.

"But the bedding all looked clean and the bed itself felt comfy.

"Above the skirting board appeared to be the power mains switches with the warning sign "Danger 240 volts" above it, which I found a little unsettling.

"When I returned to the hotel after attending my event, there was at least a blessing that the temperature had dropped outside by a few degrees so the heat of the bedroom was not quite as unbearable – although my flannel pyjamas were certainly not required for the sleep.

"Well, I say sleep. I was rudely awakened just after 2am by loud banging and crashing in the corridor, and a chap who sounded rather upset, presumably, having finally managed to check in to his room.

"Which I might have had some sympathy for, had I not forked out £299… for THIS.

"I settled back to sleep, only to be woken again around an hour later at 3.30am by what sounded like a crowd disturbance on the street outside – not having a window I was unable to check what exactly it was that was happening.”

Dianne’s only positive point when reviewing her stay was the buffet breakfast put on by the hotel, calling it her “highlight”

She concluded: "My overall take away from this stay is just the sheer rip off of the pricing.

"The windowless room is not the worst hotel room I've ever stayed in here in Manchester but it's the one I felt most ripped off in.

"If you get this style of room at a budget price, then it offers reasonable accommodation if you just need somewhere to bed down for a few hours and shower (if you can stand the heat and are prepared for a queue to check in).

"But for the £299 paid for my visit, I'd have been better off booking a taxi to get me home – heck I could probably have got a chauffeur-driven limo for that price."

Hydroxychloroquine 'could still saves tens of thousands of lives'