THIS is the terrifying moment a female hunter was forced to use her rifle butt to beat a wild boar after she failed to kill it.

The footage shows the female making her way through an area of dense greenery before stopping in an elevated position, in the Italian province of Sassari in Sardinia, Italy. 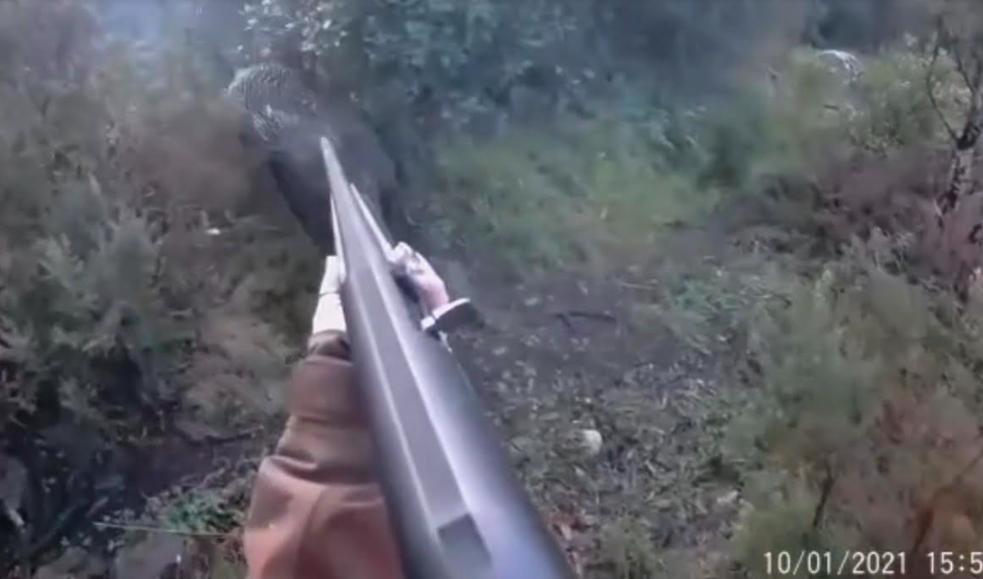 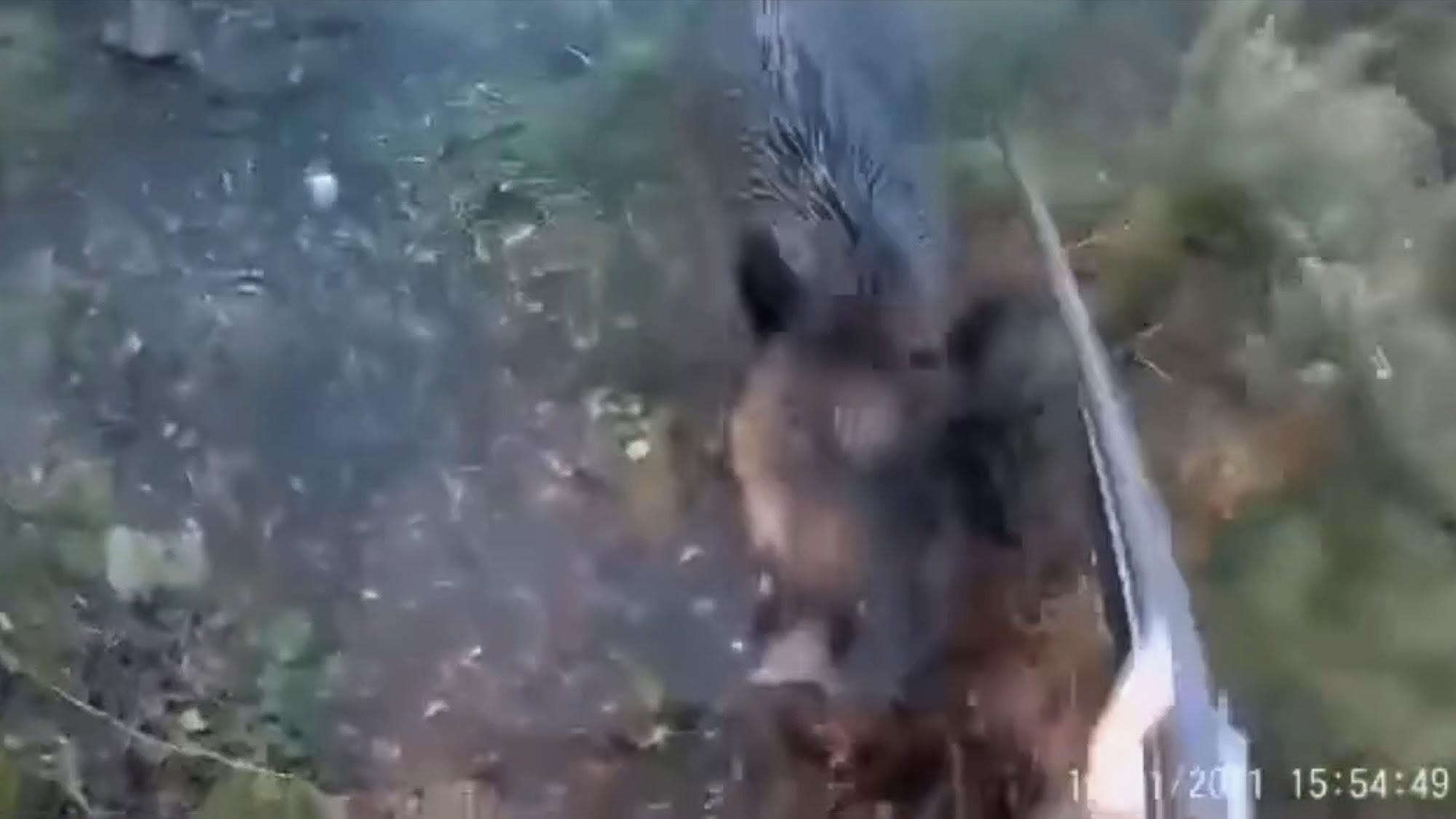 The hunter points her rifle towards an overgrown area, where wild boar are believed to be hiding.

The animal suddenly charges at the woman, as she fires two shots in a desperate attempt to kill it.

It crashes into her before the confused animal lets out a snarl, with the rifle still aimed in its face.

The startled hunter then proceeds to hit the animal up to ten times with her rifle as it lingers.

The woman frantically hits at the animal as it continues to approach her.

It is unclear whether the shots fired hit the wild boar.

The unnamed hunter is heard shouting "go away" and "get off" as she strikes the wild boar, which turns and runs to its escape.

The seemingly distressed woman calls for help from colleagues, explaining: "I couldn't reload", before she is heard asking "what could I do?"

The footage then shows what appears to be blood in the bushes in the aftermath of the attack.

Campaigners appealed to President Christian Solinas to suspend hunting season, highlighting the video as an example of the accidents hunters can be involved in.

They believe hunters running the risks of serious injury from taking part in hunting animals add further strain on hospitals and resources, as the country battles coronavirus.

Italy has recorded mammoth figures of over 2.3 million cases and nearly 80,000 deaths since the beginning of the pandemic.

Campaigners claim the footage also highlights the fact hunters often behave irresponsibly with firearms due to the woman's impromptu use of hers.

Animal rights group believe the best course of action is for the country to ban all forms of hunting.

Hunting season for Sardinian wild boar traditionally opens in November and closes in January, and they tend to weigh between 110 – 200 pounds.

Hunting is legal in Italy and the country has around 800,000 registered hunters. 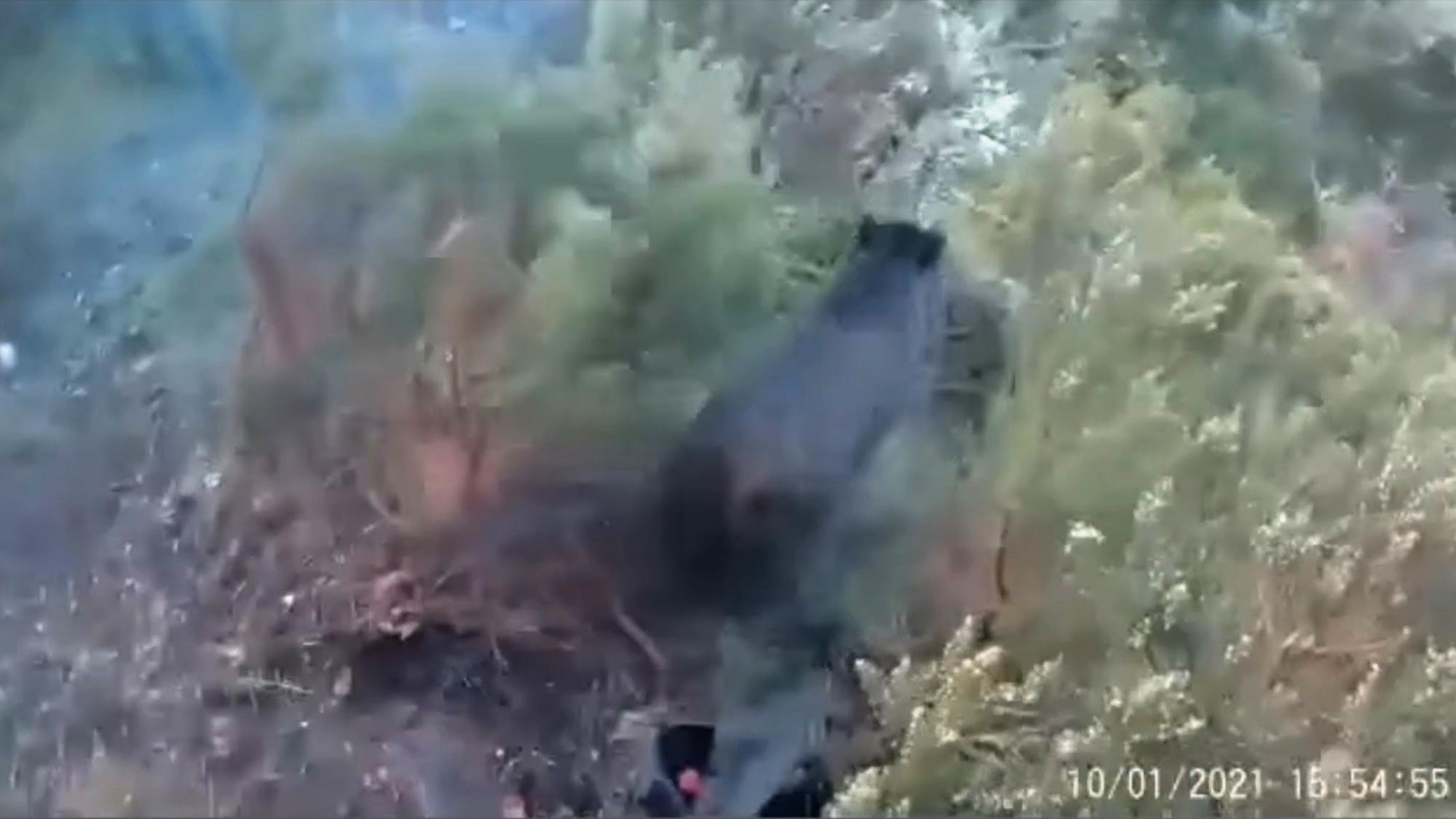 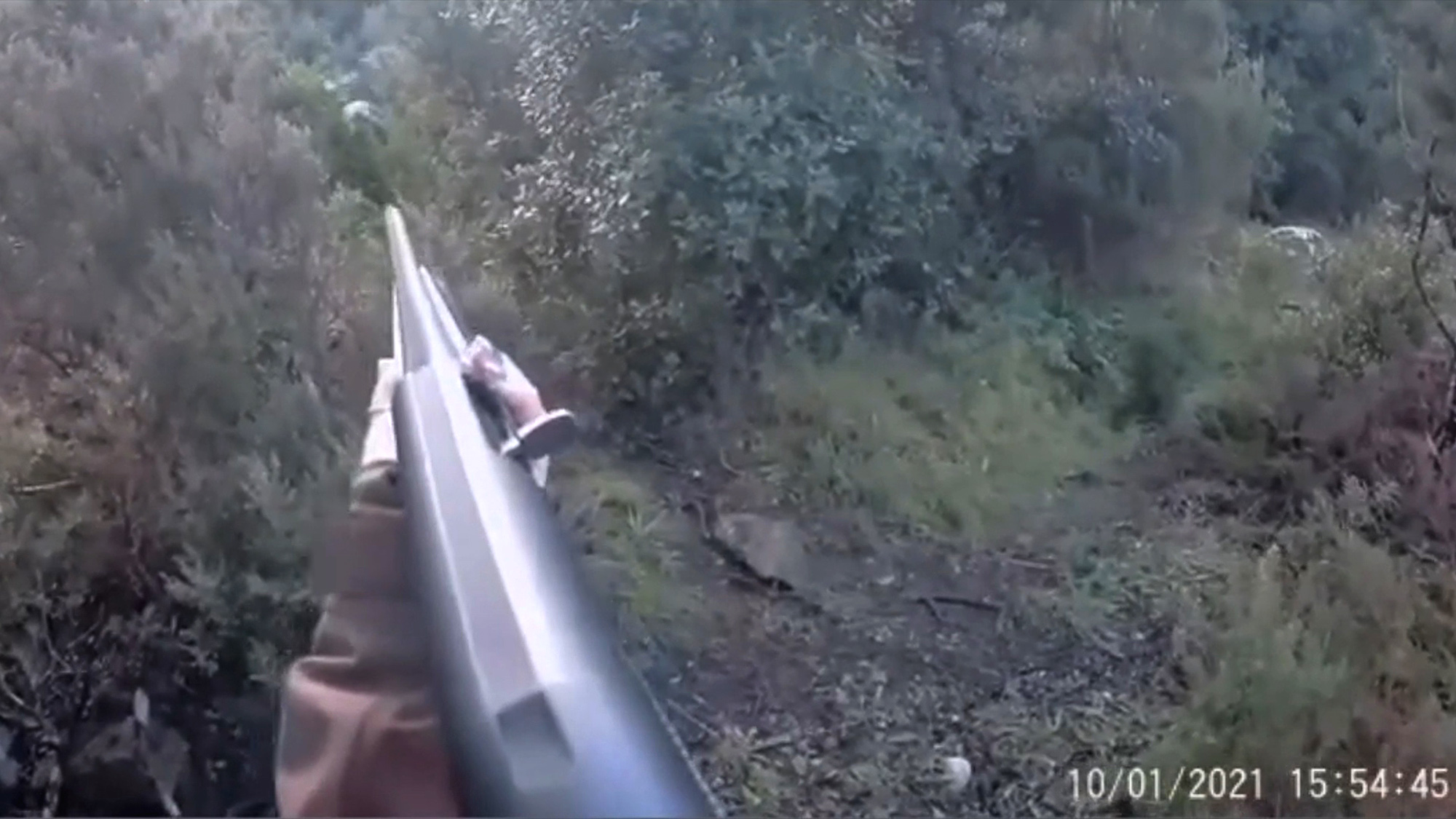 Mum desperately cradled her daughters aged 3, 5 and 7 as they died in horrific house fire

When is Brexit? Key dates in 2019 as UK prepares exit from the EU