TIKTOK sleuths have been behind a huge effort to solve Gabby Petito's disappearance with the vlogger's hashtag viewed nearly 800 million times.

Social media users have debated and discussed a number of tips and clues in the case, with some even talking to the authorities about what they saw. 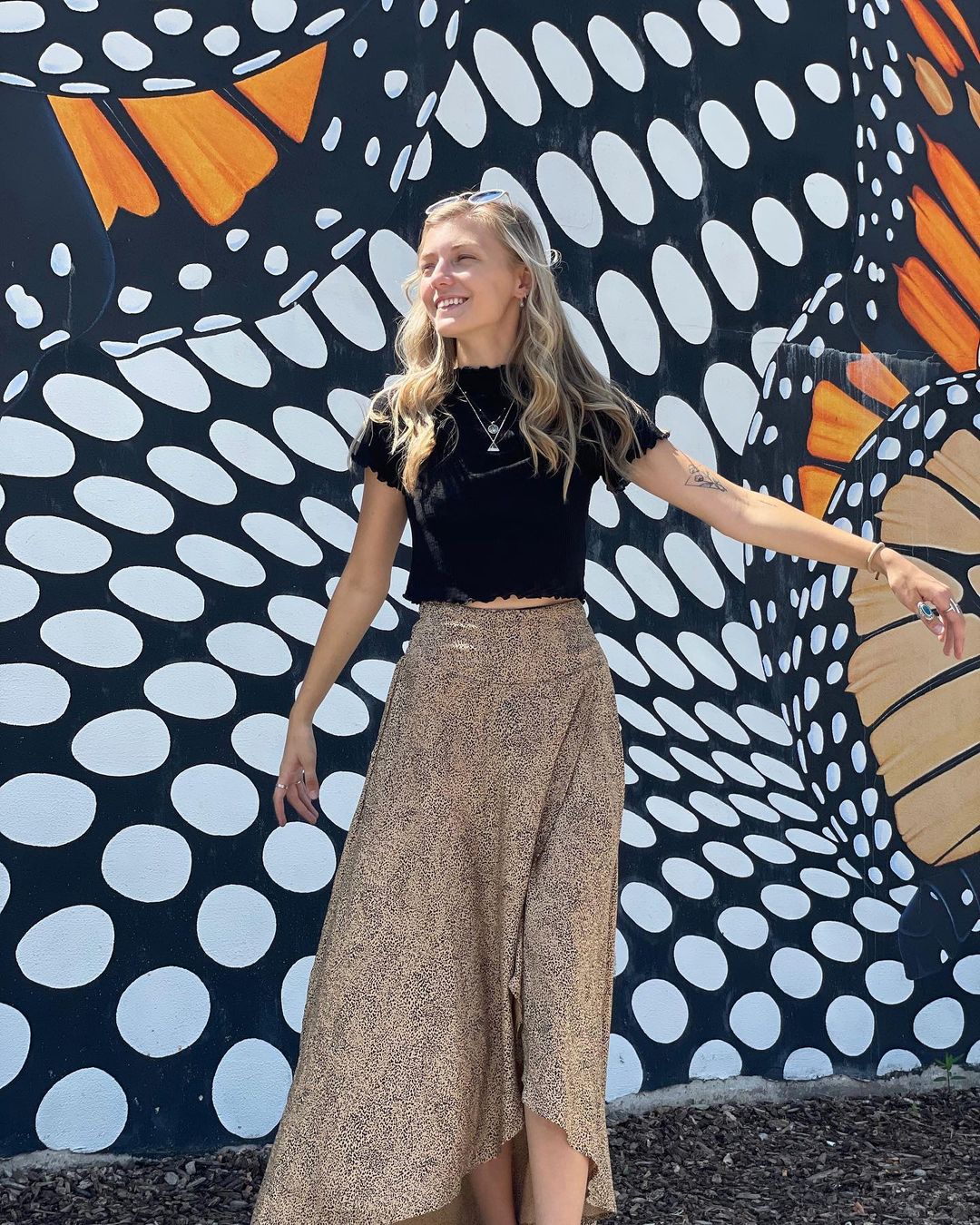 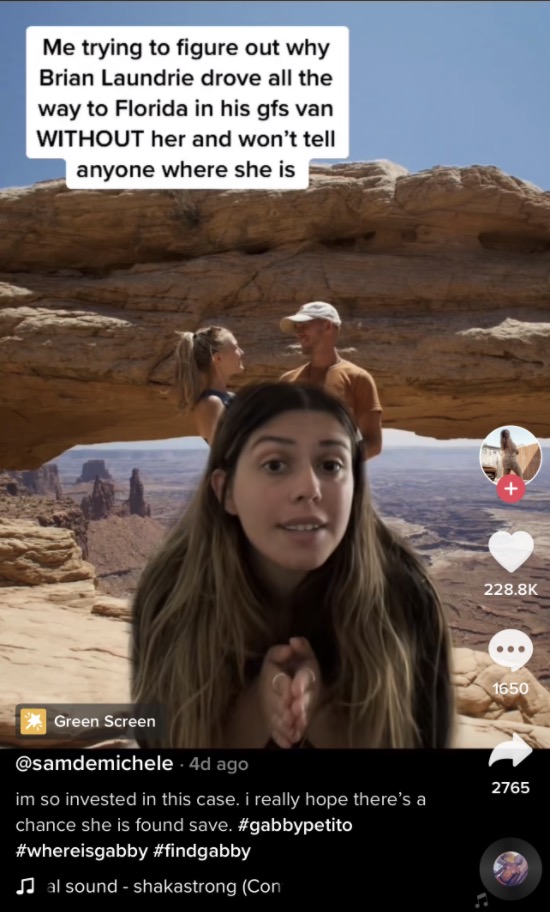 And in a case that has captured the nation's attention, one TikToker even claims to have led FBI detectives to find Gabby's body after saying she spotted her white van and a "man acting weird" at a campsite.

Police in Florida also confirmed they had looked into a possible sighting of Gabby's fiance Brian Laundrie after trail camera footage of man resembling him was shared to Facebook.

TikToker Miranda Baker said she believes she picked Laundrie up on August 29, four days after the last time Gabby was known to have called her family.

And travel bloggers Jenn and Kyle Bethune said in a now viral video posted to their YouTube page that they spotted the van while touring Wyoming.

All of these tips – plus dozens more – have been combed over and discussed on TikTok, Instagram and Twitter by the would-be detectives.

In a TikTok video, Jessica Schultz said she and her pals noticed Gabby's white Ford Transit van at Spread Creek in Wyoming on August 26 and 27.

That came days after Gabby had told her family that she and her fiancé Brian Laundrie had reached Grand Teton National Park.

She also claimed she spotted it a third time after being left surprised that its owners had seemingly not been asked to move it to a parking spot, The San Francisco Chronicle reports.

The camper said she recognized the straw hat on the van's dashboard, which prompted her to contact the FBI after speaking to friends.

She said: “I just lost my s***. And that’s when I called the FBI and said ‘Guys look at Spread Creek.”

Schultz and her friends were interviewed before detectives announced human remains believed to be “consistent” with Gabby’s characteristics were found on Sunday.

The camper claimed the FBI agent said they “tipped us off” to the right place.

She told the Chronicle: "We're triumphant – we were right and we led them in the right direction."

TikToker Miranda Baker also believes she picked him Laundrie on August 29, four days after the last time Petito was known to have called her family.

Laundrie is thought to have told Baker he had been camping alone while Petito worked on their social media page in their van.

According to Baker, Laundrie got out of her car when she said she was heading to Jackson Hole.

"He got out, and you know, he was thankful and he was kind of in a hurry. He said he was going to go across the street into the parking lot and find someone else to give him a ride, but, when we looked back 10 or 15 seconds after he got out of the vehicle he was just gone," she said.

The Tiktoker claimed Laundrie said he was hiking alone when he asked Baker and her boyfriend for a ride in their jeep.

She published four videos on Friday explaining what happened and noting that the hitchhiker offered $200 for the ride.

And travel bloggers Jenn and Kyle Bethune said they spotted the van while touring Wyoming.

The couple posted online, saying they believe they spotted the white vehicle in the nature reserve on August 27.

Jenn said: “We came across a white van that had Florida plates. A small white van.

“We were going to stop and say hi because we’re from Florida too, but the van was completely dark. There was nobody there, so we decided to continue on our way.”

The vloggers said they spotted the van twice – once when they entered the national park, and another when they left.

Kyle said that the van looked “abandoned” and thought Gabby and her fiancé were hiking or “chilling inside” as there were no doors open.

Gabby's body was found in a Wyoming national park on Sunday.

The coroner’s initial determination for the manner of death is homicide. Her official cause of death is still pending.

Authorities are still searching for her fiancé Brian Laundrie who remains a person of interest.

He and Gabby were roughly two months into a four-month adventure when Laundrie returned to his Florida home with their van on September 1.

Director Mark Lewis – behind amateur detective doc Don’t F**k With Cats – told The New York Times: "From the safety of your living room, you can do amazing things in terms of detection.

“And many, many people are." 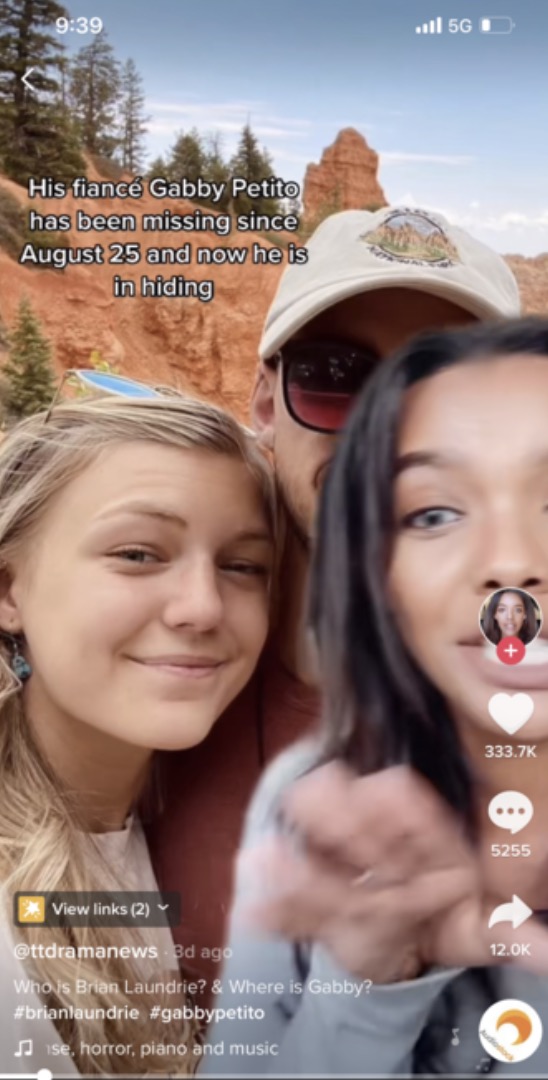 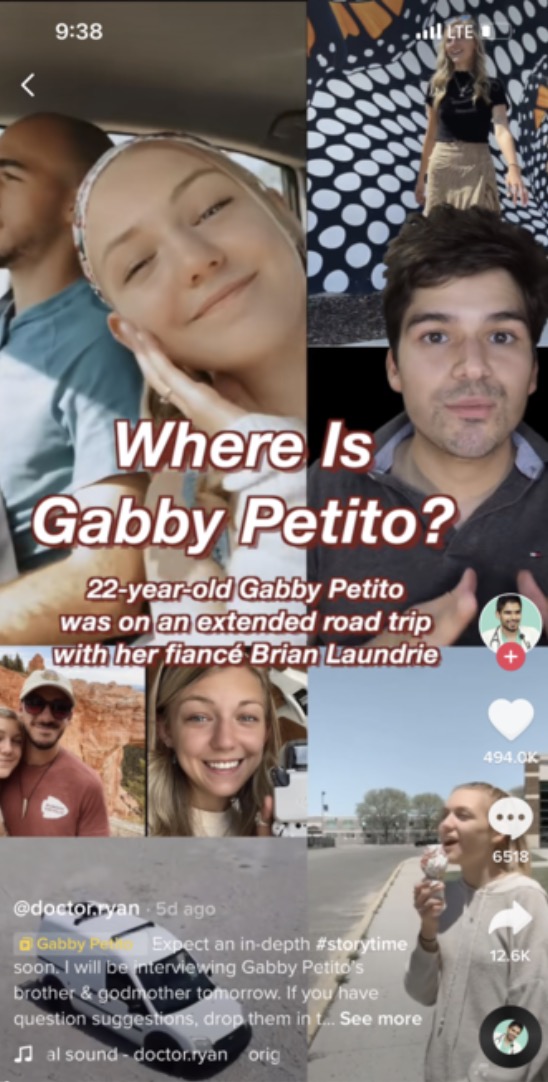 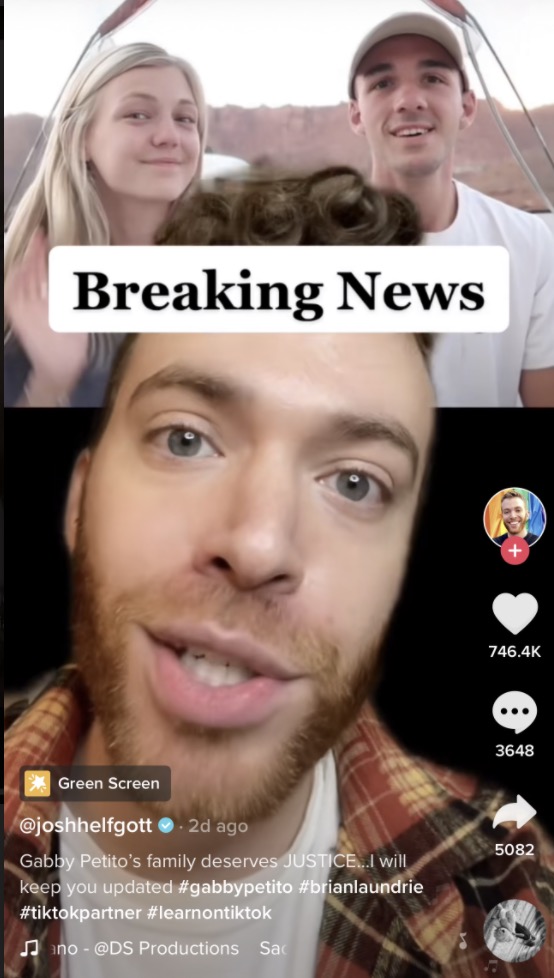