Hotel sous chef, 25, is jailed for 24 years for raping five women after plying two of them with spiked drinks

A hotel sous chef has been jailed for 24 years for raping five women after plying two with spiked drinks during an 18-month period.

Tom Wade-Allison, 25, made drinks for some of the victims which left them feeling ‘blank’, exhausted and in an ‘out of body experience’.

The court heard he drugged some of the young women with an unknown ‘substance’ to make them vulnerable to what a judge called his ‘campaign of rape’ in Somerset and east Devon.

Judge Timothy Rose said: ‘You remain a danger to women. You have a profoundly misogynistic view of women with your predatory sexual attention and no thought or feelings towards them.

‘You either drugged them or certainly took advantage of their disorientation and intoxication.’ 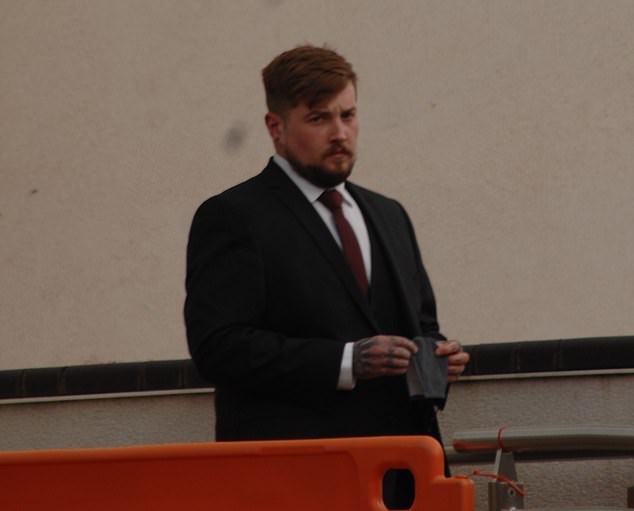 Tom Wade-Allison (pictured), 25, made drinks for two of the victims which left them feeling ‘blank’, exhausted and as if they were in an ‘out of body experience’

The judge said he was ‘entirely sure’ he drugged two of the victims which made them lose their consciousness and self control ‘to facilitate sexual acts on them’.

He said Wade-Allison ‘aggressively forced himself’ on his victims, who he knew did not consent.

‘You were emboldened because you were just getting away with it,’ said Judge Rose.

‘You did what you wanted to do to them using your physical advantage over them, aggressively and roughly. You had a sense of entitlement over your victims.’

One of the victims, who said she was strong and outgoing before the rape, told the court in a victim impact statement it made her feel ‘violated and dirty’.

She said: ‘I was vulnerable and that situation has been greatly magnified by his actions. Coping is now a privilege and this has affected my trust in men.’

He should never come out of jail, she said, adding: ‘My life will never be the same, my future is permanently dark and troubled.’

Prosecutor Lee Bremridge had told Exeter Crown Court the case was ‘about the sexual assault, rape and attempted rape of five young women during a period of 18 months in 2016 and 2017’. 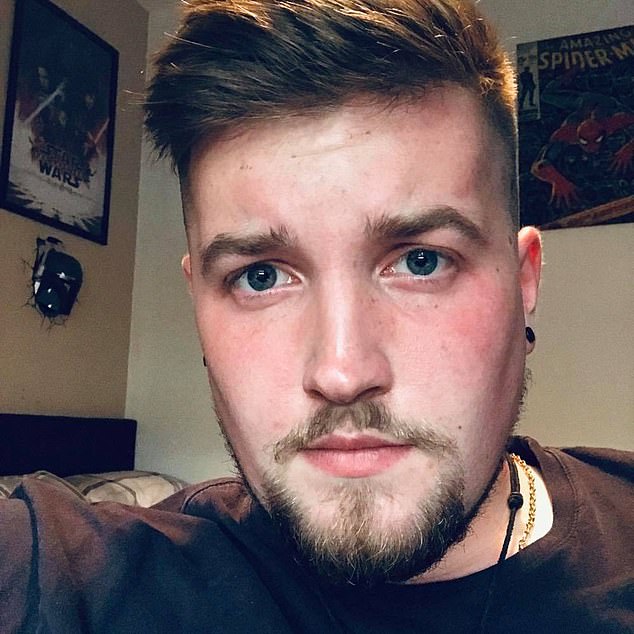 The court heard he drugged some of the young women with an unknown ‘substance’ to make them vulnerable to what a judge called his ‘campaign of rape’ in Somerset and east Devon. Pictured, Wade-Allison

The victims were aged between 17 and 20 at the time and Wade-Allison was aged 20 and 21 and had no previous convictions.

Mr Bremridge said a common feature of the case was that the young women would become very drunk very quickly.

One victim claimed that Wade-Allison, who is now 25, made her a gin and tonic drink.

Mr Bremridge said: ‘She did not see him make it. She drank it and didn’t really remember anything after that.’

Another victim said Wade-Allison asked her to try a new drink he had made. She said she tried to go to bed but struggled to get up the stairs because ‘it was just too much effort’.

Mr Bremridge told the court that Wade Allison took advantage sexually of the young women when they were in a state or because of the state he deliberately got them into.

He said the victims were not in a fit condition to agree to what he did to them.

The police launched an investigation after one victim ended up in hospital after she blacked out with no memory of the night.

CCTV showed Wade-Allison holding her up as she stumbled along a road back to his room and once there he is alleged to have stripped her and sexually assaulted her.

As the police made inquiries four other young women came forward claiming that ‘similar things had happened to them’.

Wade-Allison had denied a total of 14 sex charges and told the jury that the sex was consensual.

He still denies the nine rapes, one attempted rape, three assaults by penetration and one sexual assault, his barrister Nigel Wraith said.

Judge Rose said: ‘I am dealing with nine rapes over a 20 month period on seven different occasions against five different victims.’

One victim told the court he made her a gin and tonic and said: ‘I drank it. I just cannot really remember after that. In the morning I woke up naked next to him. It was pretty strange.’

She said she was ‘in and out of consciousness’ as he had sex with her and she later kicked him in the stomach as he repeatedly tried to force himself on her.

She asked him ‘why’ in a text message and he replied: ‘All I can do is apologise over and over again. Obviously there was some tiny part of my brain that thought it was okay.’

In another text to another victim he wrote: ‘What has happened has happened, I am not exactly pleased about the whole thing.’

He added that it was a ‘drunken mistake and should not have happened’.

He told his defence barrister Nigel Wraith that one of the girls was in bed with him and was ‘backing up and grinding her bottom’ into him which made him aroused.

He told the jury he had not raped or sexually assaulted anyone, nor bought or got hold of any stupefying drugs or researched the internet.

Prosecutor Lee Bremridge said the victims all had something in common.

He said: ‘All had something happen to them sexually when heavily intoxicated. That’s what happened, you take advantage of women sexually.’

He denied the claim and said most of the women, who were aged between 17 and 20, latched on to the complaint from one of them.

He claimed it was a coincidence that three of the women ended up in a similar state after they had been drinking with him.

Wade-Allison will serve 16 years in jail before he is released on licence and has been placed on the Sex Offenders register for life.

The judge also commended the bravery of the victims to report the offences to the police. The force was also praised for their investigation.

How Trump pulled Democratic voters to the center and other commentary

Man jailed after throwing boiling water over a Sainsbury's guard