A WOMAN was left horrified when she woke up in the middle of the night to find blood dripping through her ceiling and onto her face.

Ana Cardenas, of El Paso, Texas, says she jolted upright in her bed and raced to turn on the light when she felt what she thought was water dripping down at 4am on Wednesday. 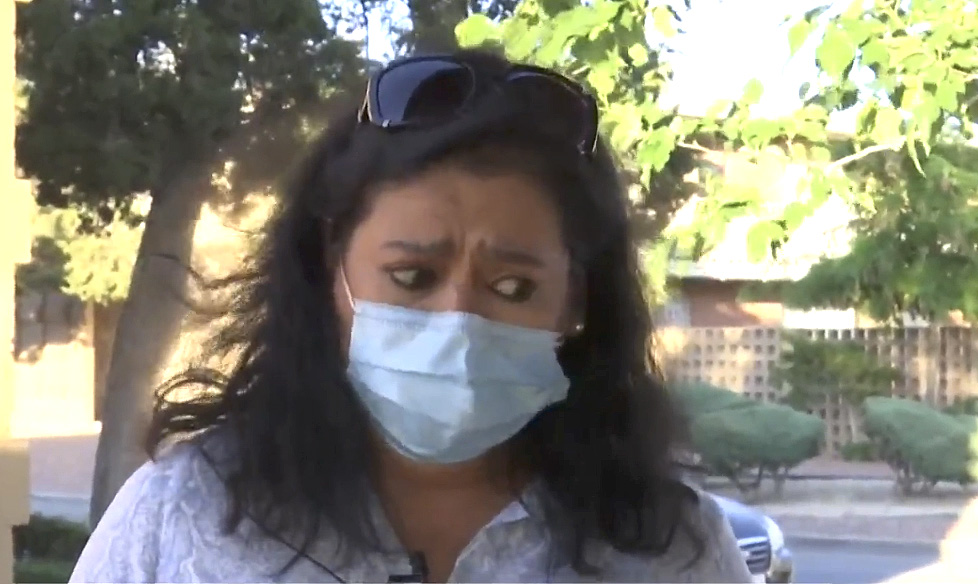 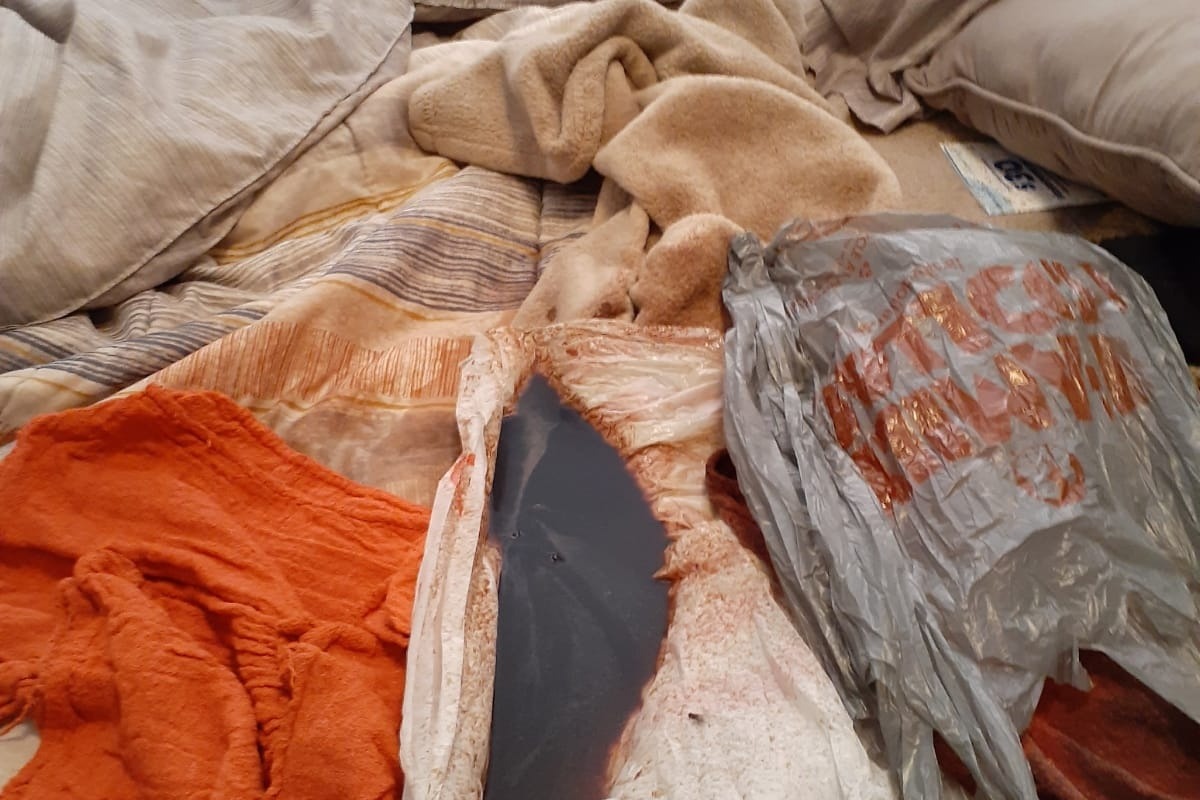 However, when she turned the light on, Cardenas discovered a horrific scene with blood splattered across her walls, bed, and all over her body.

The liquid she thought was rainwater was actually blood that was dripping out of her ceiling fan.

The fan, which was switched on, had sprayed the blood around her apartment.

“It grossed me out, I was in shock, I thought this isn’t real this is a dream, wake up," she told KTSM.

"I called maintenance and they said are you sure and I said 'blood is falling on me.'"

Emergency services were called and it was discovered that the blood was coming from the decomposing body of her upstairs neighbor. 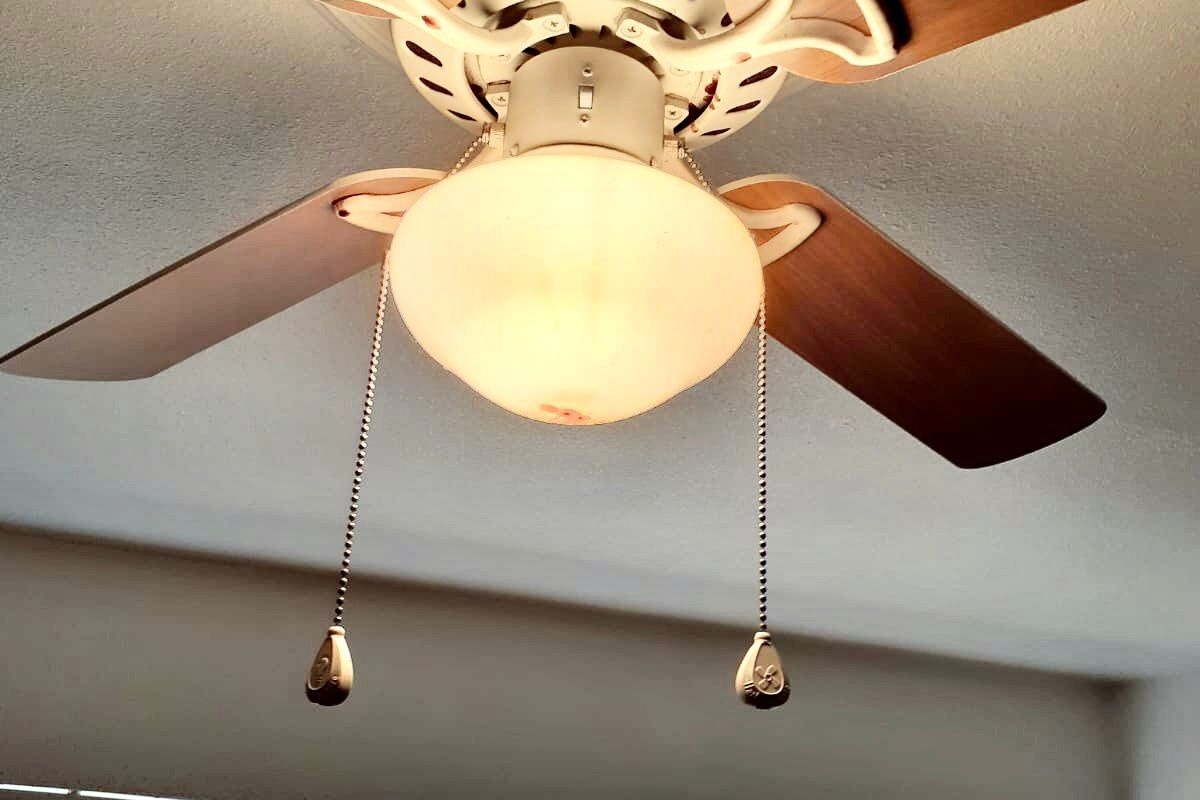 The man, who was aged between 55 and 70, had reportedly died five or six days earlier from natural causes.

“The firefighters knocked down his door and the body was lying exactly where my fan is underneath. He had carpet but the blood seeped through to my ceiling,” Cardenas said.

Cardenas said that when her building's management removed her fan blade a "pool of blood came down."

She has been staying at a hotel in the days since the ordeal but has appealed to her apartment's management team for compensation for her damaged property.

“I told them my bed is covered in blood and they told me they’re sorry but the insurance won’t pay it,” Cardenas said. 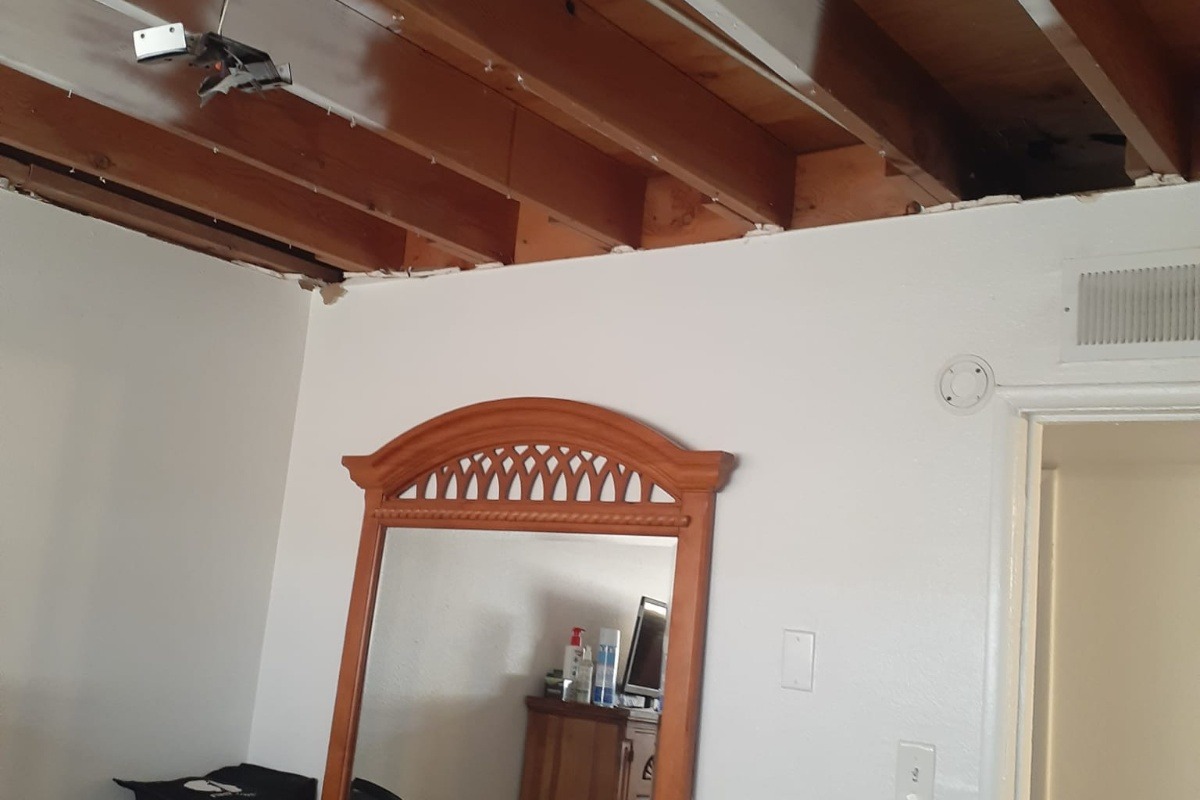 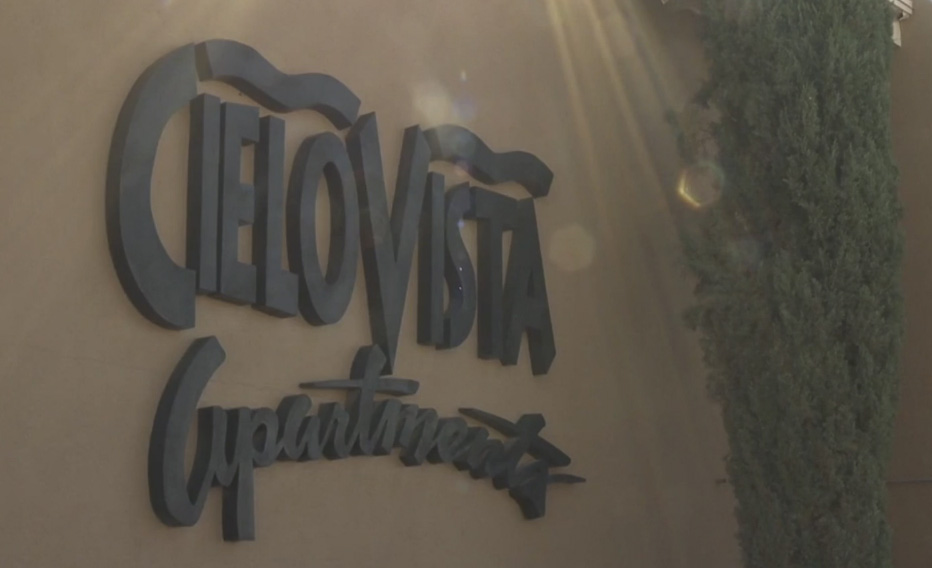 The roof of her apartment has since been removed, the ceiling fan has been taken out and the walls and floors have been disinfected.

However, KTSM said a foul smelled remained and flies were everywhere throughout the space.

Cardenas says she doesn't have renters insurance as it wasn't required when she moved in.

She also says the entire ordeal has left her traumatized. She says she can't eat or sleep and fears she may become ill from the blood.

She has set up a GoFundMe to help cover any costs associated with the incident.

“It was awful, an awful impact,” Cardenas said.

‘In limbo’: The Australians left behind in India as flight leaves without them