Home » World News » Horrific night a pensioner, 79, stabbed an intruder in the chest

‘I felt terrified, helpless’: Horrific night a pensioner, 79, faced a drug-crazed burglar armed with a screwdriver

The pensioner who fatally stabbed a serial burglar in his home spoke for the first time yesterday about his desperate struggle to protect his frail wife.

Richard Osborn-Brooks, now living in a secret location, said he felt ‘helpless and terrified’ when two men in balaclavas raided his house at night.

The 79-year-old said he grabbed a 12-inch kitchen knife and threatened career criminal Henry Vincent, who was armed with a screwdriver. 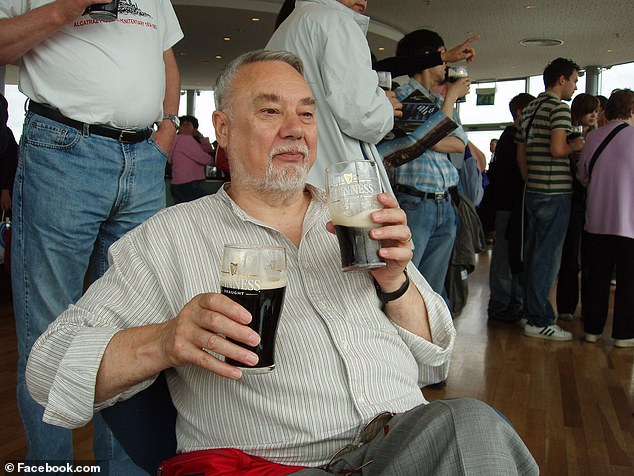 Richard Osborn-Brooks, now living in a secret location, said he felt ‘helpless and terrified’ when two men in balaclavas raided his house at night.

Vincent, who had recently taken cocaine and heroin, shouted: ‘Come near me and I’ll stick you.’

Pensioner Mr Osborn-Brooks, who has a heart condition, replied ‘mine is bigger than yours’ before stabbing the burglar in the chest in the hallway of his £500,000 home in Hither Green, south-east London.

Vincent, 37, staggered out of the house and died in hospital three hours later.

Mr Osborn-Brooks spoke for the first time about the events that night when he gave evidence via videolink at the inquest into Vincent’s death in Southwark Coroner’s Court yesterday, where coroner Andrew Harris ruled that the career criminal had been lawfully killed. 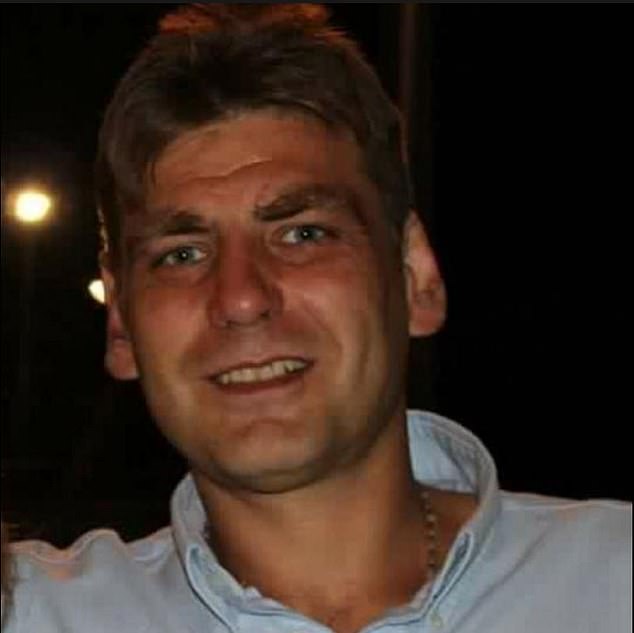 The 79-year-old said he grabbed a 12-inch kitchen knife and threatened career criminal Henry Vincent (pictured), who was armed with a screwdriver

Mr Osborn-Brooks’s face was obscured so no one – not even Mr Harris – could see him.

Recalling his emotions that night, he said: ‘I wanted him out the house and away from my wife. It is not an experience I had ever had before and never wish to have again.

‘I have never been in a circumstance like that before. I felt terrified, helpless. I just wanted to threaten him and make him go away.’

Asked what he felt terrified about, he said: ‘Mainly that they would hurt my wife. That if they still continue to think that we had money in the house, that they might do something to her to make me give it up. But we didn’t have any money in the house to give up.’

Mr Osborn-Brooks, a retired RAC manager, was arrested on suspicion of murder, only to be released without charge within days. He subsequently faced death threats from Vincent’s associates in the travelling community and was warned by police he could not return to the house he and his wife Maureen, 77, had lived in for almost 42 years.

Rose Lee (left), mother of Henry Vincent, is guided out of Southwark Coroner’s Court after the inquest into his death

The pensioner was upstairs with his wife when they were disturbed by a knock on the front door shortly after midnight on April 4 last year.

When Mr Osborn-Brooks answered the door he was forced backwards by Vincent and accomplice Billy Jeeves, who were wearing black hoodies and grey balaclavas.

The pensioner was grabbed by the arm and forced back into the kitchen where he was cornered by Jeeves, 28. Vincent raced upstairs and started looking for valuables.

Fearing for his wife’s safety, Mr Osborn-Brooks pulled the biggest knife from a block of six on the kitchen counter.

Mr Osborn-Brooks tried to distract Jeeves by asking him to get his heart pills from a kitchen drawer.

‘That gave me time to go over to the sink and grab a knife,’ he said. ‘It turned out to be the biggest one because it’s the first one – the handle was easiest to get hold of.’ Holding the knife at head-height, the pensioner told Jeeves: ‘Get out my house you b*****d, or it will be worse for you.’

He told the court: ‘I just meant that I would report him for breaking in and I wanted him to leave the house. It was purely a threatening move – I didn’t intend to stab him at all.’

Jeeves shouted upstairs to Vincent that the pensioner ‘had a knife’ and ran towards the front door. Jeeves was later arrested on suspicion of burglary before being released without charge.

After his accomplice fled, Vincent ran downstairs and confronted Mr Osborn-Brooks in the hallway with a screwdriver.

‘I was holding the knife at chest height with my arm against my body because I wanted to leave him room to get out.

‘I moved my body forward as I was stuck up to the wall and he was coming toward me. I was terrified, I couldn’t move. I didn’t know whether he was going to stick me with it. I have no recollection of stabbing him. I was just standing there passively holding [the knife].’ 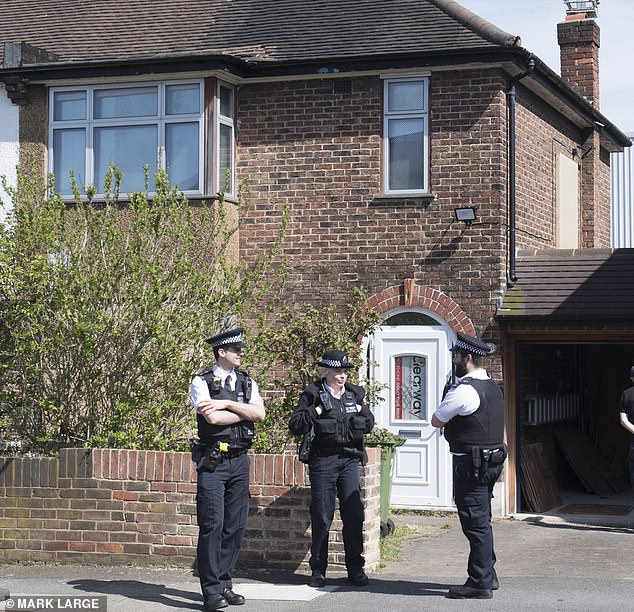 Mr Osborn-Brooks later gave different accounts to the police about the stabbing.

In one, he told officers Vincent was stabbed because he walked into the blade. But in another account, he said he pushed the knife towards the burglar.

Senior coroner Andrew Harris ruled that there was a simultaneous movement of both men towards each other which led to the stabbing. Earlier, Vincent’s sister Rosie Vincent told the court that her brother was ‘not a violent man’. She added: ‘He was a father, he was a son, and he was a brother, and no one deserves to die.’

However, Vincent and his associates were notorious for their repeated attempts to steal from the elderly.

In a particularly callous post on social media, one of his clan wrote: ‘An OAP a day keeps ur bank balance at bay. The old b******s deserve everything they get.’

Just 31 hours before he was killed, Vincent was caught snooping around the grounds of another house in the village of Farningham in Kent. The criminal was confronted by the homeowner who said he appeared to be ‘scanning the house from side to side’.

Father clears his name after homeowner posted his picture on Facebook