The image published in The Harvard Lampoon over the weekend sparked outrage on social media as it was condemned as offensive and anti-Semitic for trivializing the Holocaust.

The poorly-Photoshopped image was run with the headline: ‘Gone Before Her Time: Virtual Aging Technology Shows Us What Anne Frank Would Have Looked Life if She Hadn’t Died.’

Under the picture were the words: ‘Add this to your list of reasons the Holocaust sucked.’ 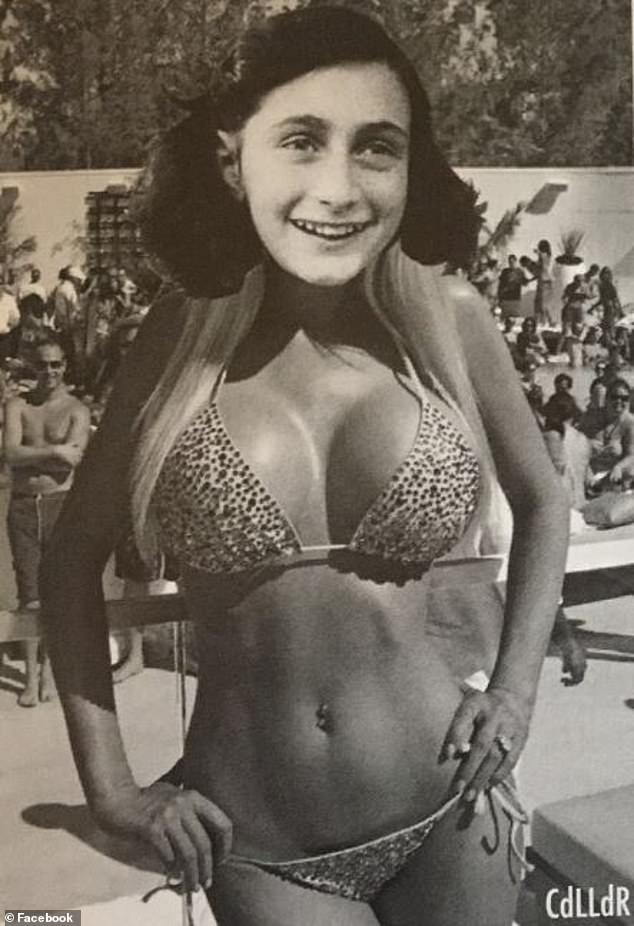 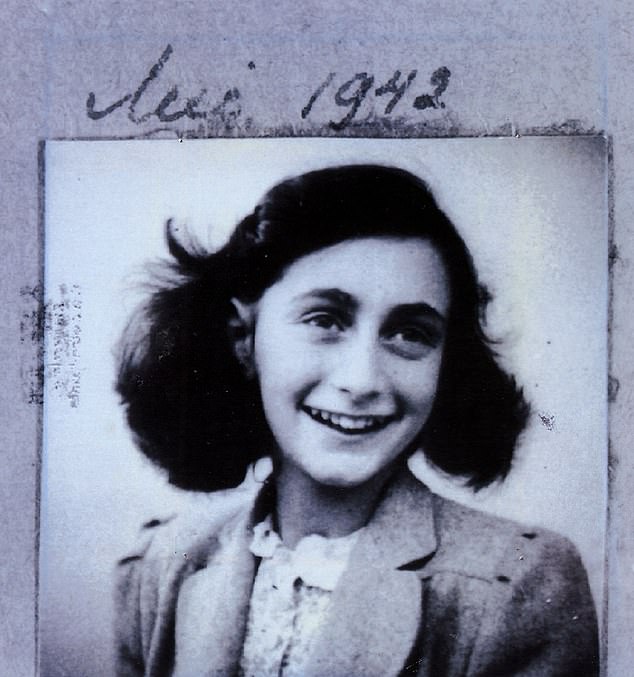 The original photograph of Frank, taken when she was just 11 years old in 1942, is shown above 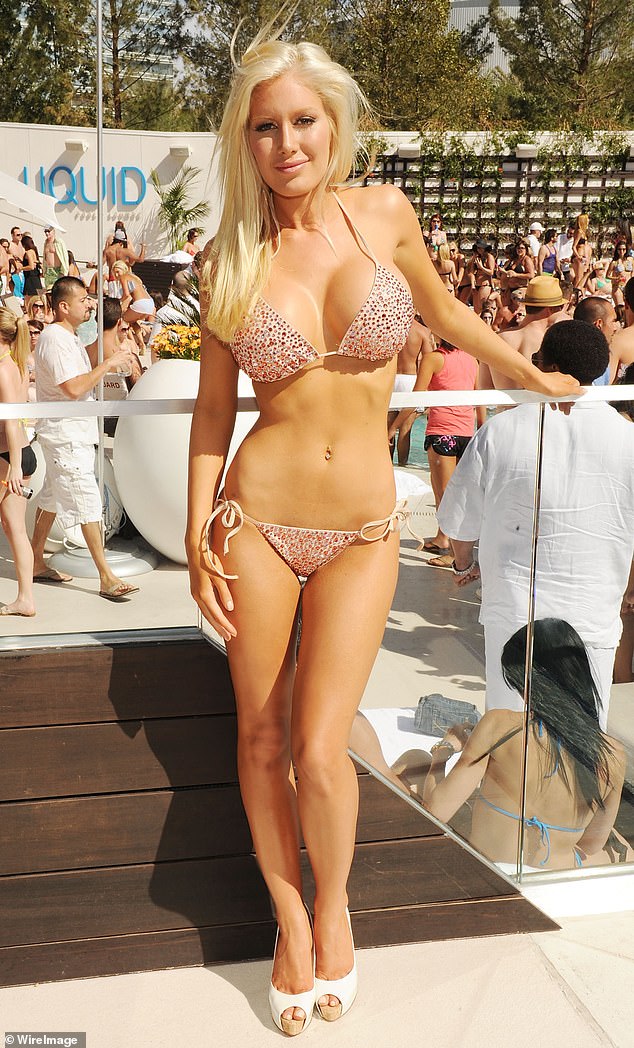 The Lampoon was accused of hyper-sexualizing Frank by putting her head on the body of reality TV star Montag, who was photographed in a skimpy swimsuit in Las Vegas in 2010

The Lampoon’s co-presidents and issue editor released a statement responding to the backlash, in which they took responsibility for the misguided attempt at humor and said they ‘realize the extent of offense’ inflicted.

‘We as individuals and we as an organization would like to apologize for our negligence in allowing this piece to be created for and printed in our latest issue,’ the statement reads.

‘We are sorry for any harm we have caused. Furthermore, we want to both affirm and emphasize that the Lampoon condemns any and all forms of anti-Semitism.’

The statement goes on to say that the publication will be reorganizing to improve its review process.

‘We realize that our publishing process lacks sufficient editorial oversight, so we are going to restructure our review process for issues to prevent the publication of content like this,’ it said.

‘These steps will be published on our website in the summer. However, they will constitute part of an ongoing process of change.’ 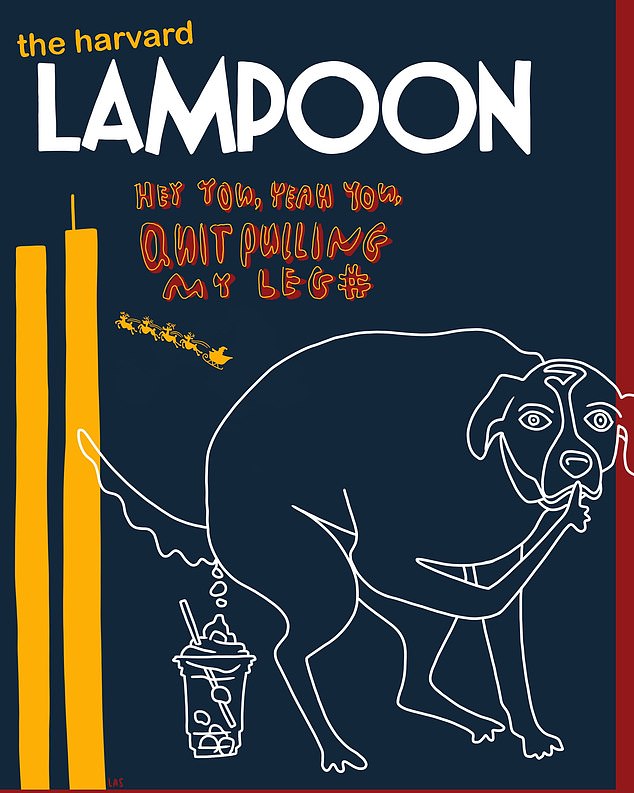 The offensive image was featured in the latest edition of The Harvard Lampoon. The cover of the student-run magazine is shown above 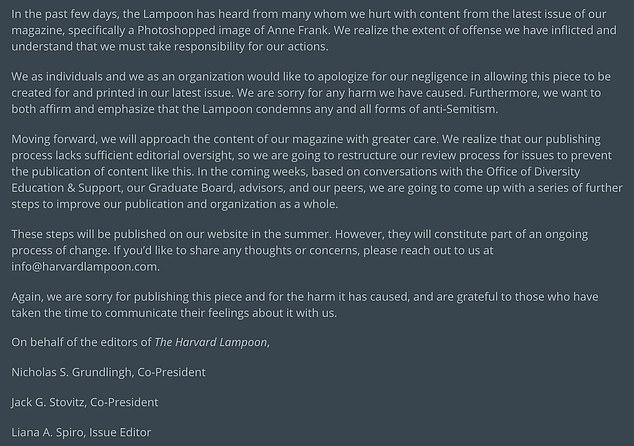 A spokesperson for Harvard denounced the image as ‘deeply offensive’ and insulting to Frank’s legacy.

‘It is not aligned with the values that Harvard College works tirelessly to promote, and we have already begun discussions with the students and organization involved to ensure that appropriate action is taken,’ spokesman Aaron Goldman said in a statement to the New York Post.

The German-born Jewish girl who penned a diary of her Holocaust experience before dying in the Bergen-Belsen concentration camp at just 15 years old is one of the most prominent faces of the atrocities under the Nazi regime.

Rabbi Jonah Steinberg, executive director of Harvard Hillel, penned an enraged email to the magazine’s editors comparing the photo to the ‘obscenity of the Nazis’.

‘Your depiction of Anne Frank’s face grafted to pinup imagery goes far beyond the distastefulness and provocativeness you obviously intend,’ Steinberg wrote. ‘It is the sexual violation of a child — one who, in life, was subjected to the most hideous of crimes.’

Robert Trestan, head of the Anti-Defamation League’s New England office, told the Boston Globe: ‘They crossed the line from humor into anti-Semitism.

‘They’re using humor as an excuse to trivialize the Holocaust, and it’s deeply offensive.’

The image was credited to Lampoon contributor Cristobal de Losada Lopez de Romana, who has not returned media requests for comment.

Heidi Montag is an American reality TV personality who starred on The Hills.

DMX death: rapper 'to get memorial at Yonkers Raceway' & hometown could build statue or name street after him