Home » World News » Harry Styles accused of 'queerbaiting.' What is that – and why does it matter?

Harry Styles: A man known for his, well, style. A lace ballgown on the cover of Vogue. Ruby slippers for “Harryween.” A fluffy scarf at the Grammys.

Styles’ fashion choices are generally considered bold and gender-bending – so much so that many have accused him of “queerbaiting,” exploiting queer aesthetics for fame and fortune without identifying as a member of the community.

Queerbaiting can look like veering from gender-conforming clothing choices to prominent same-sex kisses. What deems something queerbaiting is the breadth of the celebrity’s platform and if and how they engage with LGBTQ issues.

Is exploring one’s gender and sexuality in the public eye really such a bad thing? Celebrities do this left and right and have done so for years regardless of their gender identity or sexual orientation. Think David Bowie, Prince, Madonna. But if you are straight and/or cisgender, is doing so damaging to actual queer people? 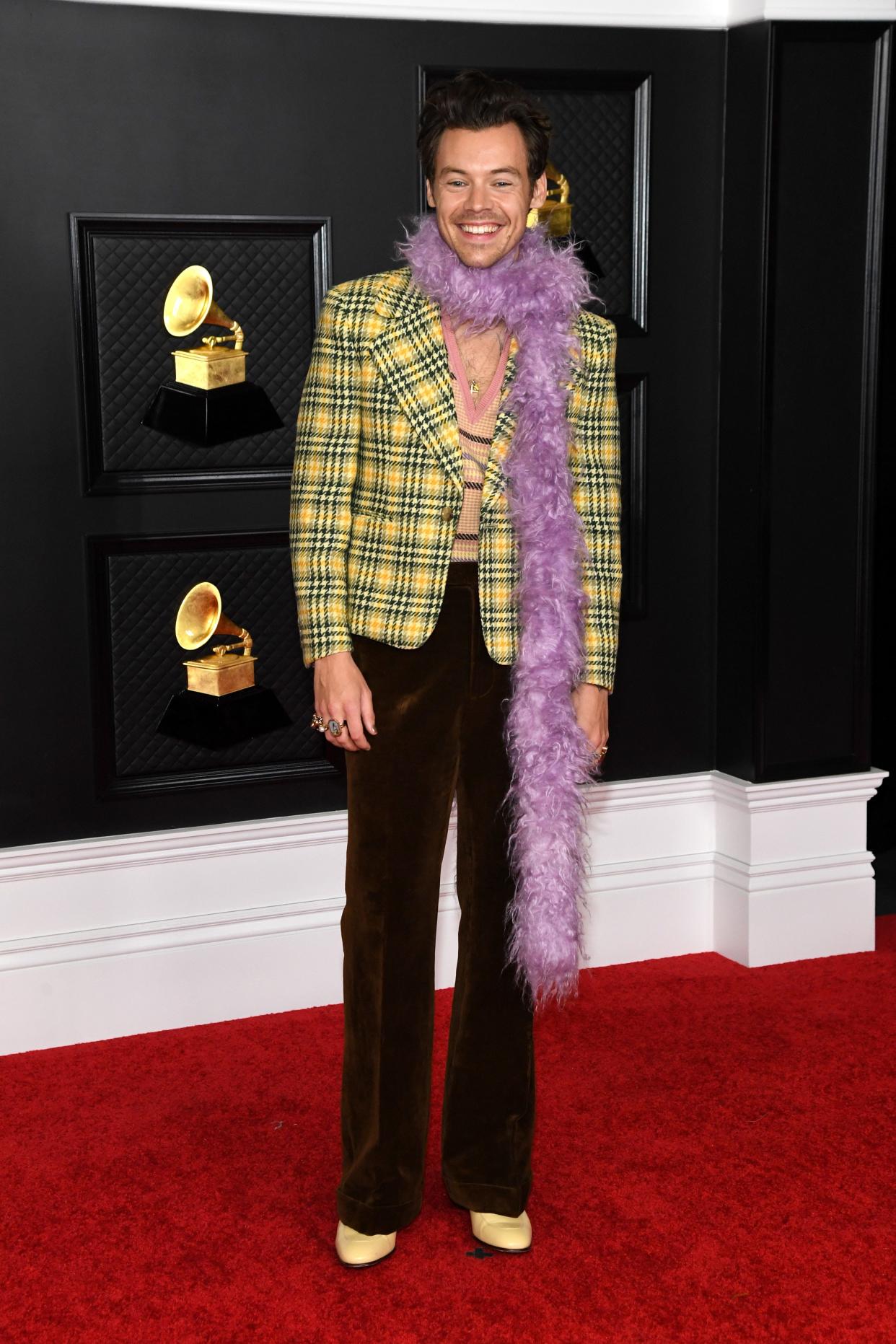 Styles spoke to Rolling Stone about the topic: “Sometimes people say, ‘You’ve only publicly been with women,’ and I don’t think I’ve publicly been with anyone,” he told the outlet. “If someone takes a picture of you with someone, it doesn’t mean you’re choosing to have a public relationship or something.”

He added, discussing his role in the new queer film “My Policeman”: “I think everyone, including myself, has your own journey with figuring out sexuality and getting more comfortable with it.” Styles and actress-director Olivia Wilde have been romantically linked for more than 1 ½ years.

Experts say celebrities can express themselves to their heterosexual heart’s content, so long as they support LGBTQ rights and hear out the community in question.

“Listen to the LGBTQ community and their queerbaiting concerns,” says Melvin Williams, associate professor of communication and media studies at Pace University. “Analyze your actions and behaviors” and fess up if you make a mess.

Hmm: TikTok thinks I’m gay. How could it know before I knew?

Ah yes, these two: Why is everyone talking about Olivia Wilde and Harry Styles?

What is queerbaiting? Where did it come from?

Like many words – including “queer” itself – queerbaiting’s definition has morphed over time. “We’re going to see that meaning continue to shift,” says Nadine Hubbs, professor of women’s and gender studies and music at the University of Michigan.

It previously meant baiting in a more literal sense, Hubbs says. The “Red Scare” during the 1940s and 1950s was meant to sniff out communists in the U.S. government. But a “Lavender Scare” existed too, fueling efforts to rid homosexuals from the same institution. Fear of queerness lingered for decades. 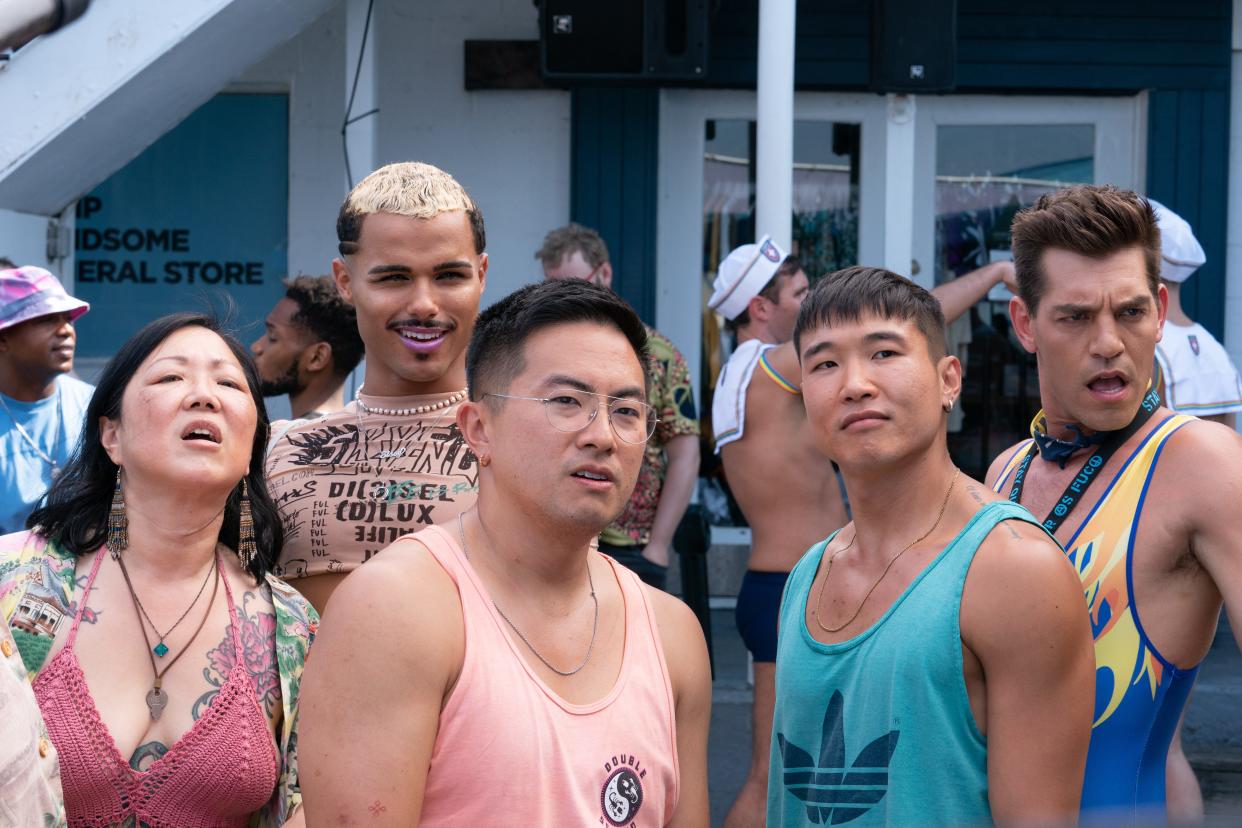 With such visibility comes complications. Now, we call out celebrities colloquially when a straight, cisgender (or potentially unconfirmed queer person) seems to cash in on LGBTQ fashion, music, acting roles and more.

“Queerbaiting is a strategy used by content creators and media producers to attract queer audiences – via homoeroticism, suggestive marketing and storylines, and other symbolisms – and to insinuate queer identities and relationships between media characters and viewers,” Williams says.

Popular music artists like Nick Jonas, Charlie Puth and Billie Eilish have all faced the wrath of these accusations.

And then there’s Styles.

Let’s talk about (queer) sex: The importance of LGBTQ-inclusive sex education in schools

Harry Styles and queerbaiting: Is he or isn’t he?

Is Styles queerbaiting? That’s up for debate; Williams says no.

Part of why fans are so sensitive to queerbaiting has to do with the swath of anti-LGBTQ legislation and sentiment around the U.S. Discrimination has risen in recent years.

Many pay a high price for living “outside the norm in terms of gender and sexuality, and for those appearances to be used as clickbait, they should understand that people are going to feel offended and often betrayed by that,” Hubbs says.

Plus, no one likes when someone seems to take advantage of them.

What we should expect from celebrities

“If they aren’t going to declare themselves as LGBTQ, don’t make things worse for those who are,” Hubbs says.

Celebrities should consider their platform and what their image actually promotes. Is it an authentic one?

“Does this event or act help to create acceptance of LGBTQ people and lives?” Hubbs says. “That’s what queer critics of the queerbaiting phenomenon and accusers (are) asking and demanding.”

Of course, famous people are still people. Living as an out LGBTQ celebrity can come with consequences, personally and professionally – just like it would for an insurance salesman or even a high school sophomore, Bronski says.

All eyes on you, of course, comes with a high-stakes price. Hubbs says: “You have a right to figure out your own sexuality and not necessarily announce it. At the same time, you are releasing these very sensational images to draw attention to your sexuality. So if you really want the space to define your sexuality, and it’s nobody else’s business, how are you accountable to the fact that you put up a flashing neon sign around, if not your sexuality, at least the characterization of yourself in a video?”

But fans should remember, too, that celebrities aren’t beholden to them, Bronski says. You can’t will someone into being something they’re not. Nor can you speed up the coming out process.

“Coming out is a complex, individualized, multidimensional decision and process that every celebrity or private citizen should be granted the autonomy to make on their terms,” says Williams.

This discourse may never settle. Just remember that “celebrities have a right to their own sexuality and their privacy and spectators and fans have a right to call them out when they feel they’re not being accountable because to play both sides is precisely to deny accountability and you can deny accountability forever,” Hubbs says. “That’s your right too. But fans may abandon you for it. So if you’re looking for more fans, be aware that it could backfire.”

Important: Monkeypox is spreading through sex, but it’s not an STI. Why calling it one is a problem.