Harry Kane scopes out his wedding venue… as his fiancée parties in Vegas! England captain visits Victorian estate as he gears up to marry his childhood sweetheart in the summer

Harry Kane has been scoping out his wedding venue this week as he gears up to marry his childhood sweetheart in the summer.

The England captain, 25, was pictured outside a Victorian estate in London on Friday discussing plans with bosses before being given a tour around its grounds.

The humble £200,000-a-week Tottenham Hotspur striker even took time from the hectic preparations to pose for photos with fans and sign autographs. 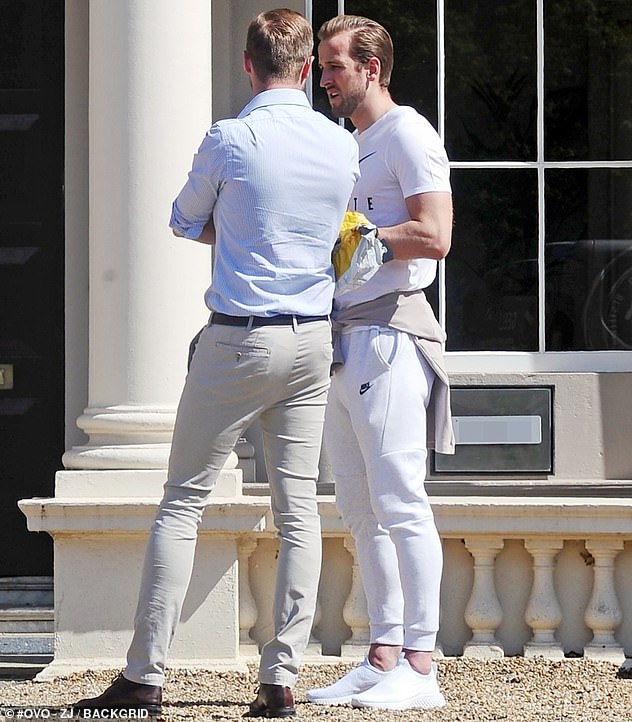 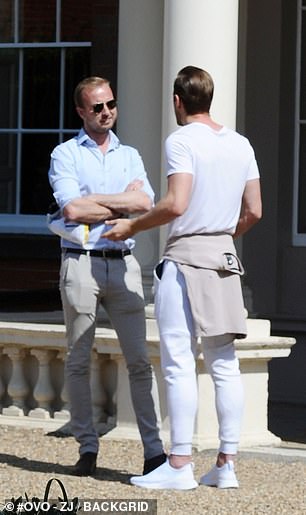 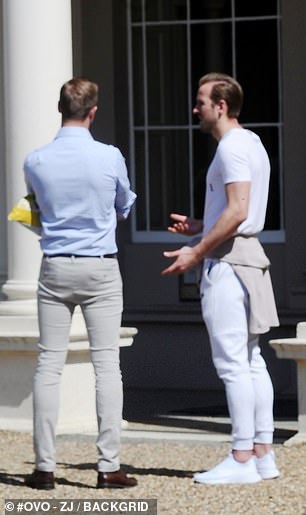 The £200,000-a-week Spurs striker was shown around the London venue after a training session 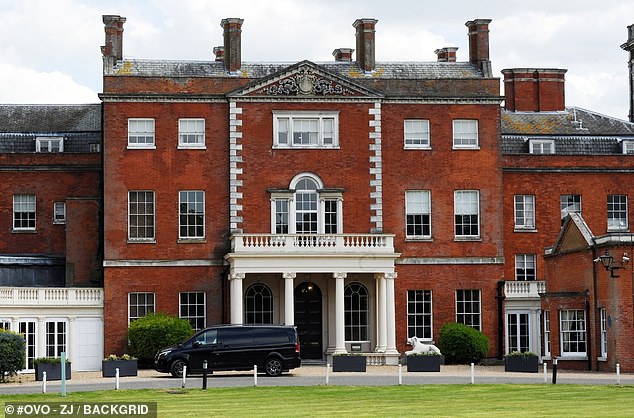 Kane, who tends to keep his family life out of the public eye, will tie the knot to his fitness instructor fiancee Kate Goodland at the plush venue (pictured) sometime in the summer

Kane, who tends to keep his family life out of the public eye, will tie the knot to his fitness instructor fiancee Kate Goodland, also 25, sometime in the summer.

Organising the wedding appears to have been left in Kane’s hands while his fiancee enjoys a raucous hen do in Las Vegas with her friends.

Kate partied in Sin City wearing a ‘Mrs Kane to be’ hairpiece and a miniature cut out version of Harry draped around her body like a sash.

Harry got down on one knee in 2017 on the beach in Nassau, in the Bahamas, during a romantic holiday in July 2017. 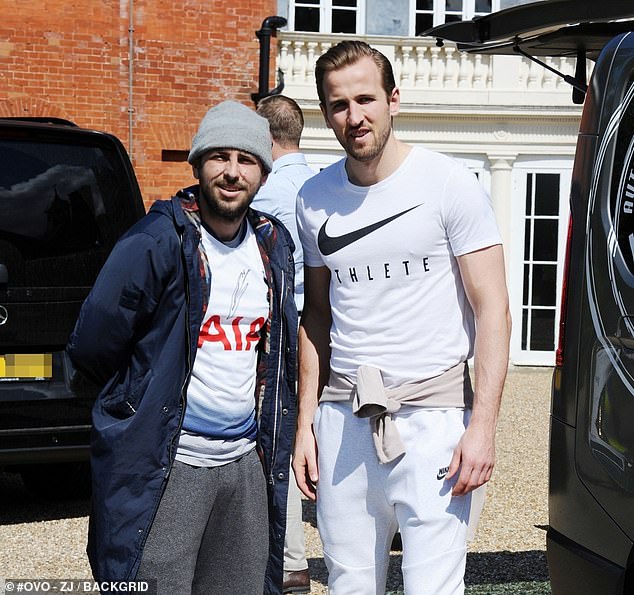 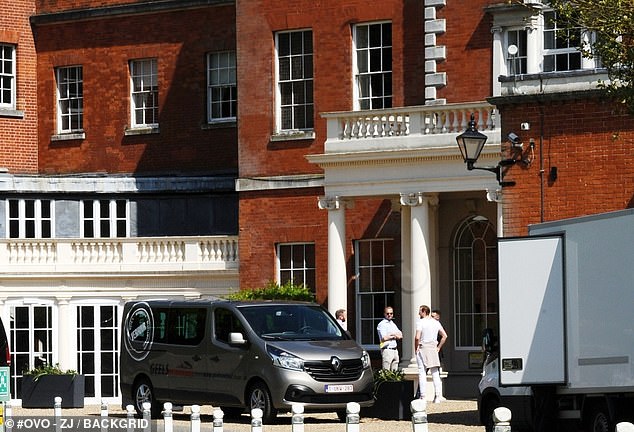 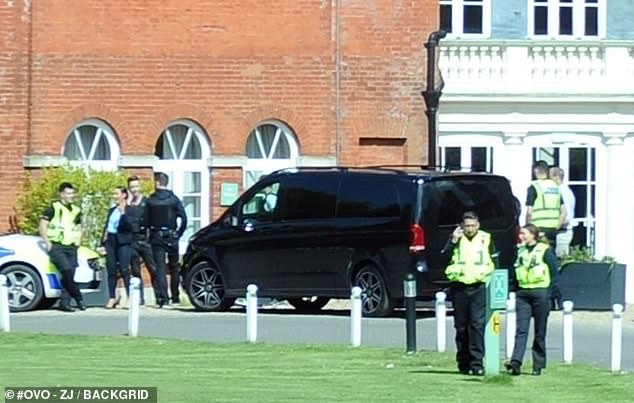 Police spotted the England captain and went over to ask for autographs, witnesses said 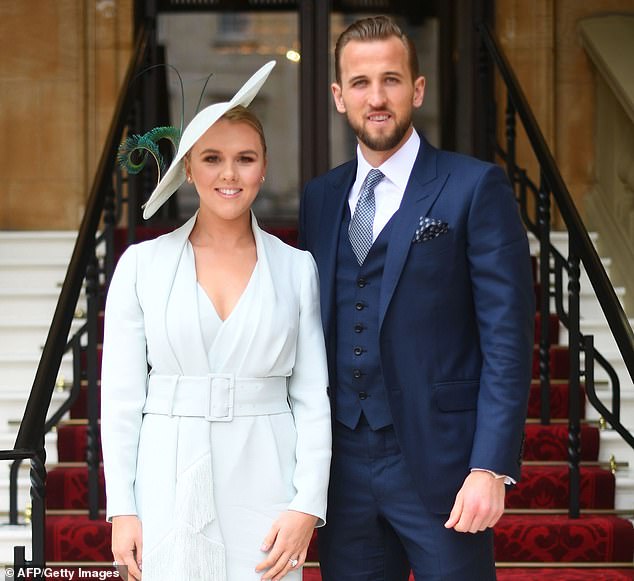 Loved-up: Katie and Tottenham Hotspur star Harry (pictured collecting the striker’s MBE in March) have been together since they were 16

They became friends while at Larkswood Primary in east London, before they moved on together to nearby Chingford Foundation School.

They started dating in 2012 when they were aged 16 and attended the school prom together.

Kane told Esquire magazine in 2015: ‘We went to school together, so she’s seen my whole career. 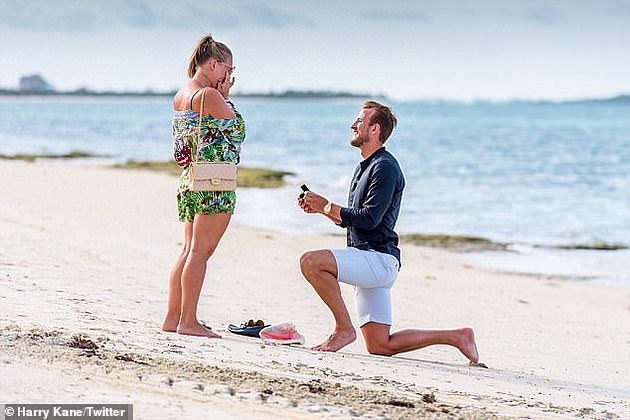 Kane got down on one knee on a beautiful beach in Nassau, the Bahamas during a romantic holiday in 2017 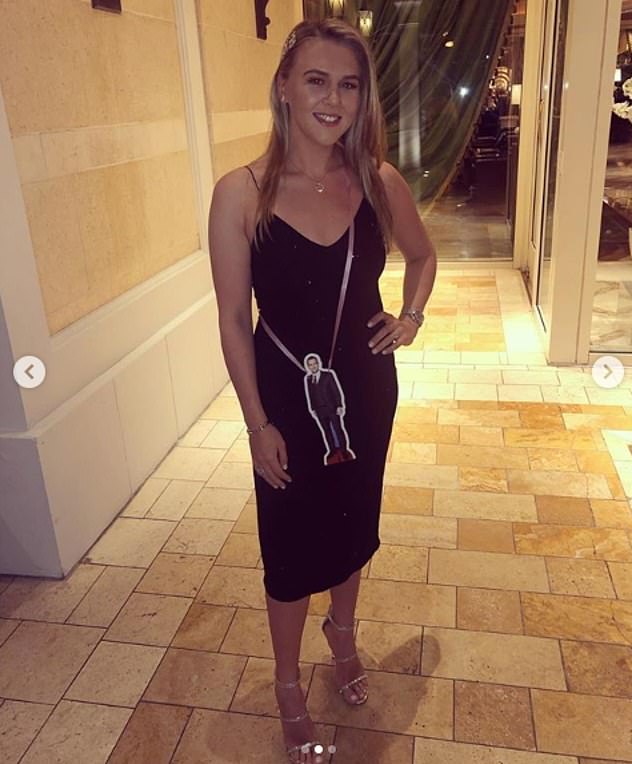 Sweet: Kate Goodland proved once again that she hadn’t forgotten about her fiance Harry Kane back at home, as she donned a glitzy hair clip in his honour while out on her hen do

‘Of course, she’s finding it a little crazy. I think she’s even been in the papers a couple of times taking the dogs out.’

The loved-up couple were famously pictured David Beckham when they were kids.

Kane was awarded an MBE from Prince William in March for services to football and in recognition of England’s semi-final run at the 2018 World Cup in the Queen’s 2019 New Year Honours list.

Search for girl, 12, missing FOUR days with a medical condition

What is second-degree manslaughter?