Controversy has erupted within the Australian Greens over the party’s change to its position on the Uluru Statement from the Heart which would introduce a treaty prior to a Voice to parliament.

James Blackwell, a Wiradyuri man and researcher at Australian National University, went public with his resignation from the Greens last week, claiming he had been bullied by individuals within the party’s First Nations Network, known colloquially as the “Blak Greens”. 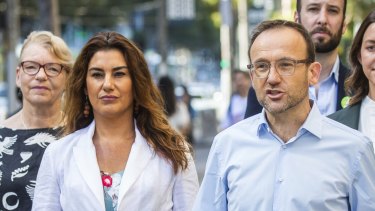 The Greens initially endorsed the 2017 Uluru Statement from the Heart in its entirety, which advocates for structural reforms to recognise Aboriginal and Torres Strait Islanders in the Constitution through a sequence of measures from Voice, followed by treatyand then a truth commission. The Greens’ position is that a different order is required, prioritising a treaty instead, which begins with truth-telling. The Voice is placed last.

During his speech to the Press Club this month, Greens leader Adam Bandt said: “If we really want success to happen, it’s a mistake to do it in any other order. We need to do it in that order where we tell the truth, then strike a treaty, and that will put us in the best position for reforms like the Voice to succeed.”

Blackwell says supporting the Uluṟu ttatement and Voice, treaty, truth was no longer welcome in the Australian Greens.

“The bullying, harassment, and abuse I have received from people in the Greens, including from party officials and pre-selected federal candidates, over my support for Voice, treaty, truth got to the point where I decided to resign my membership from the party,” he said. 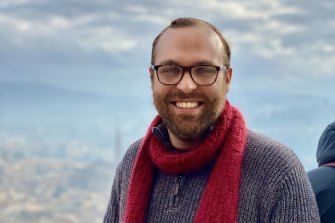 Greens senator Lidia Thorpe, who was instrumental in the establishment of the Blak Greens, said the statements made on social media by Blackwell were the first allegations of bullying she had seen within the group.

“My door is open if they want to have a respectful conversation,” Thorpe said.

A Gunditjmara woman and long-serving chief executive of the Victorian Aboriginal Community Controlled Health Organisation, Gallagher says there is a logic behind the sequence. 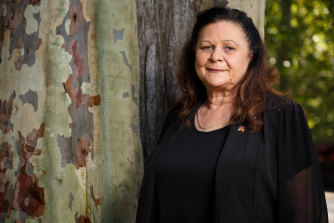 “It’s important to have the Voice enshrined in the Constitution as the starting point because it’s about empowerment. We, as the First Peoples of this country, have been disempowered for far too long. If we get the Voice right, the rest will follow,” says Gallagher.

“The Greens do not have the right to reorder the sequence of the Uluru statement.”

Speaking on condition of anonymity so they do not damage their position, other members of the Blak Greens have said some members felt “corralled” in a series of “talking circles” at the Greens’ 2020 national conference into supporting the new direction on the Uluru statement.

Other members expressed their concerns about the party finding itself voting alongside the likes of Pauline Hanson’s One Nation Party on any potential referendum on the Indigenous Voice to parliament proposal.

A spokesperson for Bandt said the party’s support for the Uluru statement had not changed, but the party’s First Nations Network had “underscored the value of proceeding in the order of truth-telling, treaty and Voice to ensure that change is lasting and meaningful”.

”We may only get one chance at a referendum to enshrine a Voice to parliament in the Constitution,” the spokesperson said. “Our policy is to improve, not block vital legislation, and so in balance of power we’d work with a Labor government to further the advancement of truth, treaty, and Voice. Under no circumstances will any Greens members be sitting with Pauline Hanson against a bill that genuinely advances conditions for First Nations peoples.

“We need to kick the Liberals out, and the Greens will work with the next government to pass major reforms to improve First Nations rights, set up a Truth and Justice Commission and begin steps towards a treaty.”

Cut-price smart doorbells could let thieves into your home