‘Vote against the president, and your head will be on a pike’: GOP Senators ‘are warned’ not to break ranks with Trump in impeachment vote

Republican senators have been warned in stark terms not to break ranks with President Donald Trump during the impeachment trial, according to a new report.

‘Vote against the president, and your head will be on a pike,’ the senators were warned, an unnamed source close to the president told CBS News.

It’s unclear from the report whether the warning was issued by the White House or Republican leadership in the Senate.

So far, no Republican yet has defied the party on a series of procedural votes that set the rules for the trial — but the true test of loyalty is yet to come on the vote to convict. 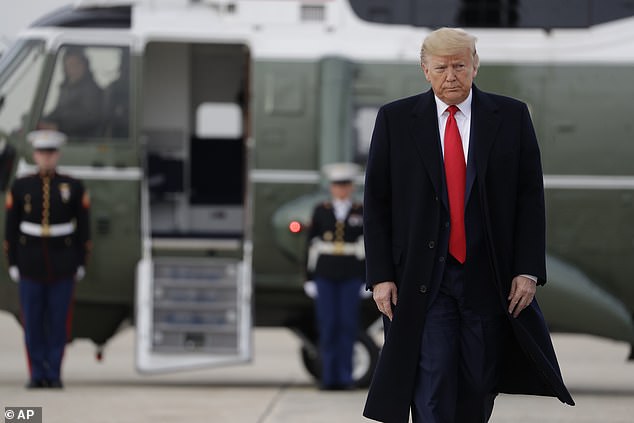 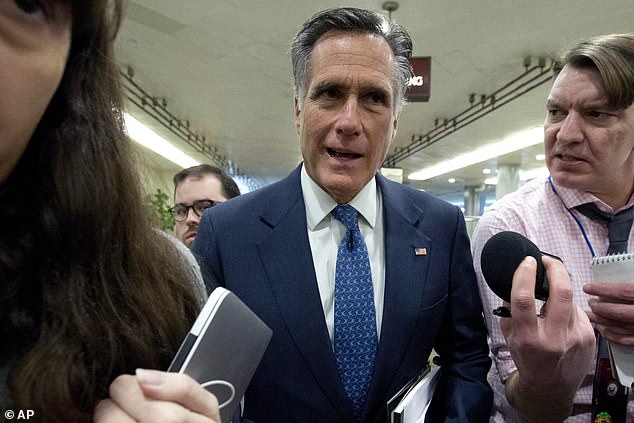 Among the Republican caucus, Senator Mitt Romney (above) of Utah is viewed by many as the most likely to defect in an attempt to embarrass Trump

Needing a two-thirds majority to convict the president, Democrats would have to secure support from 20 Republicans to remove Trump, a prospect widely viewed as impossible.

But even one Republican defection on the vote to convict could badly damage Trump, casting doubt on his insistence that the impeachment is a purely partisan prosecution with no merit on the facts.

Among the Republican caucus, Senator Mitt Romney of Utah is viewed by many as the least reliable vote.

A harsh critic of Trump, even after the president endorsed his Senate run, Romney has never publicly declared that he would not defect on impeachment.

Romney has said he would support hearing testimony from additional witnesses, saying: ‘I’m interested in hearing from John Bolton, perhaps, among others.’

The other weakest members of the Republican Senate coalition are seen as Senators Susan Collins of Maine and Lisa Murakowski of Alaska. 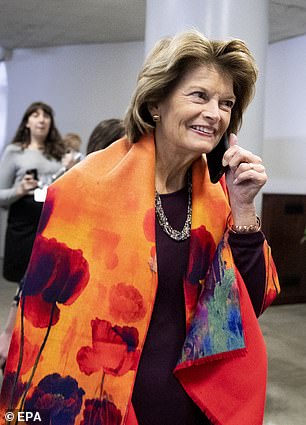 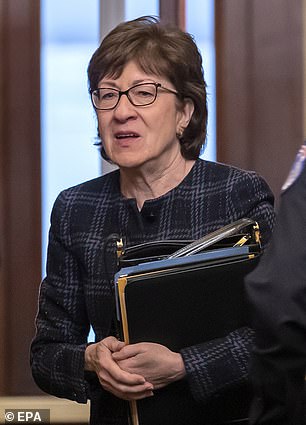 Collins also says that she would support calling witnesses, something that Republican Majority Leader Mitch McConnell seems keen to avoid.

‘I anticipate that I would conclude that having additional information would be helpful, Collins said in a statement on Tuesday, adding that ‘It is likely that I would support a motion to subpoena witnesses.’

Murakowski, another moderate, has split with the party in the past, including opposing Brett Kavanaugh’s nomination to the Supreme Court in 2018.

Last month, Murakowski said she was ‘disturbed’ by McConnell’s strategy of total coordination with the White House on impeachment.

On Thursday, Democratic House prosecutors made an expansive case that Trump abused power like no other president in history, swept up by a ‘completely bogus’ Ukraine theory pushed by attorney Rudy Giuliani. 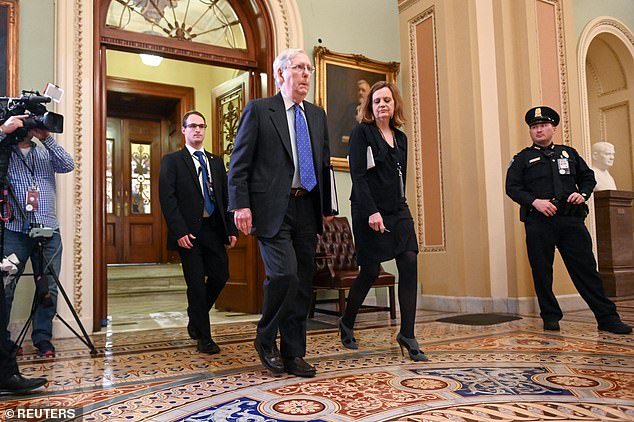 As the audience of Senate jurors sat through another long day, and night, the prosecutors outlined the charge.

They argued that Trump abused power for his own personal political benefit ahead of the 2020 election, even as the nation’s top FBI and national security officials were publicly warning off the theory that it was Ukraine, not Russia, that interfered in the 2016 election.

‘That’s what Donald Trump wanted investigated or announced – this completely bogus Kremlin-pushed conspiracy theory,’ said Rep. Adam Schiff, the chairman of the House Intelligence Committee who is leading the prosecution, during Thursday’s session, which finally wrapped around 10.30pm.

Trump is accused of seeking the Ukrainian investigation – and probes of political foe Joe Biden and Biden’s son – while holding back congressionally approved military aid as leverage. Schiff said, ‘You can imagine what a danger that presents to this country.’

On Friday, the Democrats will press their final day of arguments before skeptical Republican senators, focusing on the second article of impeachment, obstruction of Congress’ investigation.