A delighted dog could not contain her excitement when she met her new puppy playmate for the very first time.

Footage shows the dog run across the room with her tail wagging uncontrollably before rushing towards the startled new puppy and nuzzling her nose against him. 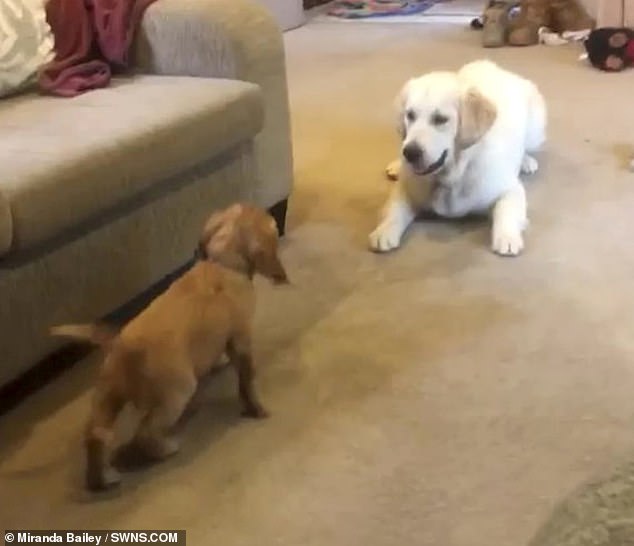 Golden retriever Luna explodes with joy after her owner Miranda Bailey, 24, from Melbourne, Australia, introduces her to her new puppy playmate 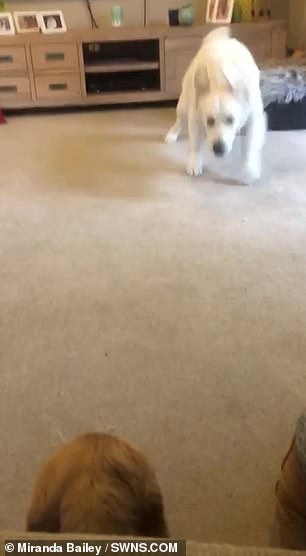 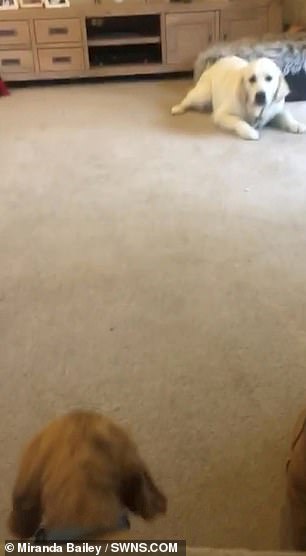 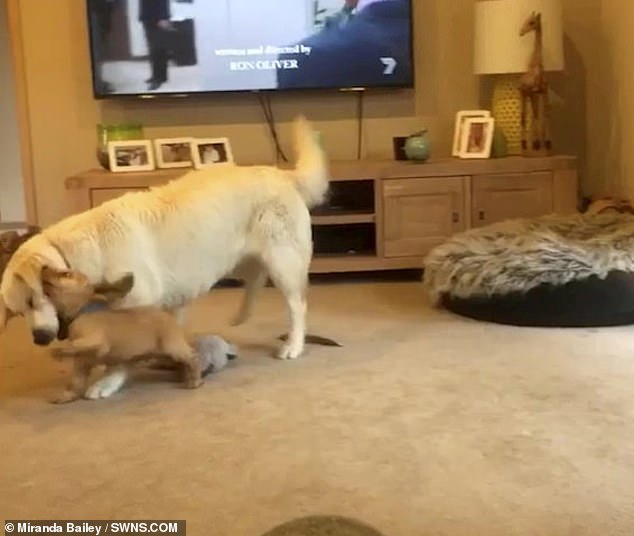 During the clip, the excited canine runs around the living room in circles before taking a momentary pause to stare at her new puppy playmate.

The dog then runs towards the puppy and affectionately nuzzles her nose against her new friend.

Moments later, Douglas approaches Luna and the pair playfully jump onto each other and roll around on the carpet.

Ms Bailey: ‘Luna grew up as the most well socialised puppy and always loved playing with smaller dogs, so we knew there would be no problems in her meeting our new puppy.

‘In the video Luna is showing her over-the-top excitement towards meeting her new best friend. 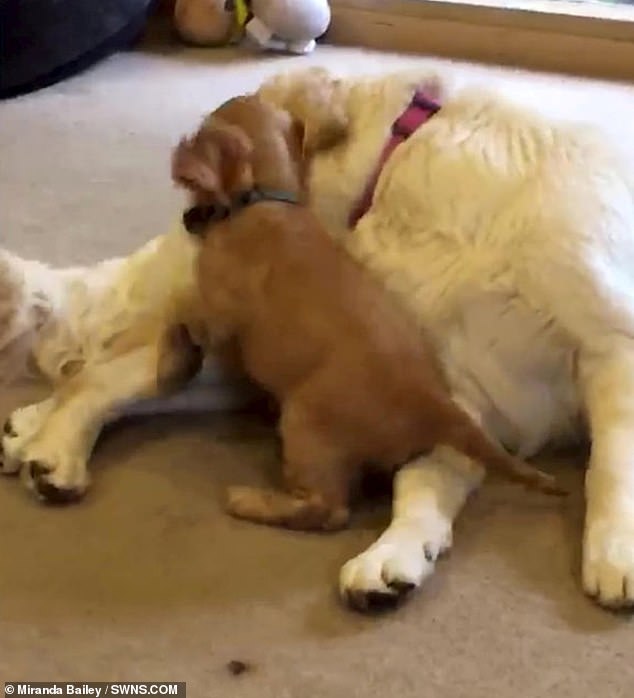 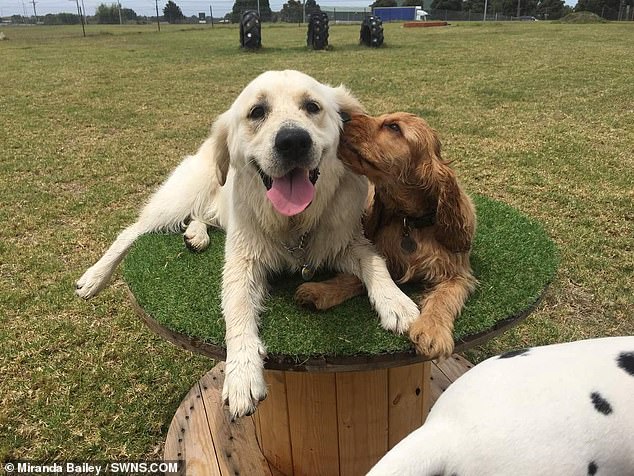 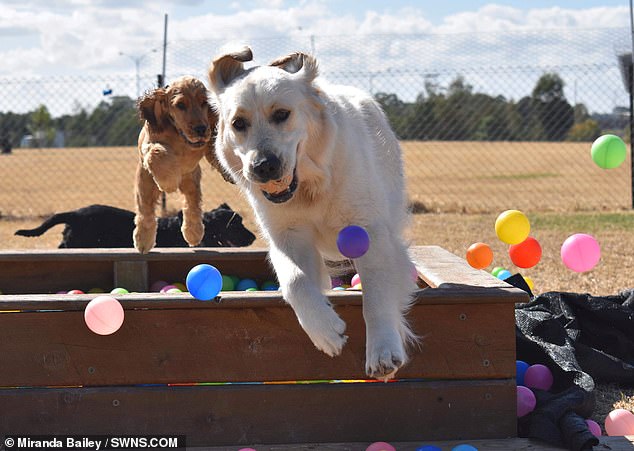 ‘I was overcome with immense happiness and love at seeing them interact for the first time so positively.

‘I also couldn’t stop laughing, and seeing Douglas get more and more confident at approaching goofball Luna made me so proud.

‘They got along instantly and have been in love and obsessed with each other ever since!’

The two are now inseparable and live together with Ms Bailey, an occupational therapy student, and Bella, a cavalier king charles spaniel.