Two giant panda twins were born at a zoo in Belgium yesterday, weighing only five ounces.

The tiny pink-coloured cubs are hairless and face a precarious first few days but their birth represented a ‘new hope’ for the vulnerable black and white species, the Pairi Daiza zoo in Brugelette announced today.

The twins, a male and a female whose appearance was described as ‘pink shrimp’ by zookeepers, were born hours apart on Thursday and are being bottle-fed and may be placed in incubators to help the mother rest.

Hao Hao, their mother, was impregnated in April and the latest arrivals are the second and third cubs she has given birth to at the Belgian zoo.

‘This double birth is wonderful news for this extraordinary species that is still threatened today,’ said Eric Domb, the president and founder of Pairi Daiza.

According to the World Wildlife Fund, baby pandas are typically 1/900th the size of their mother. 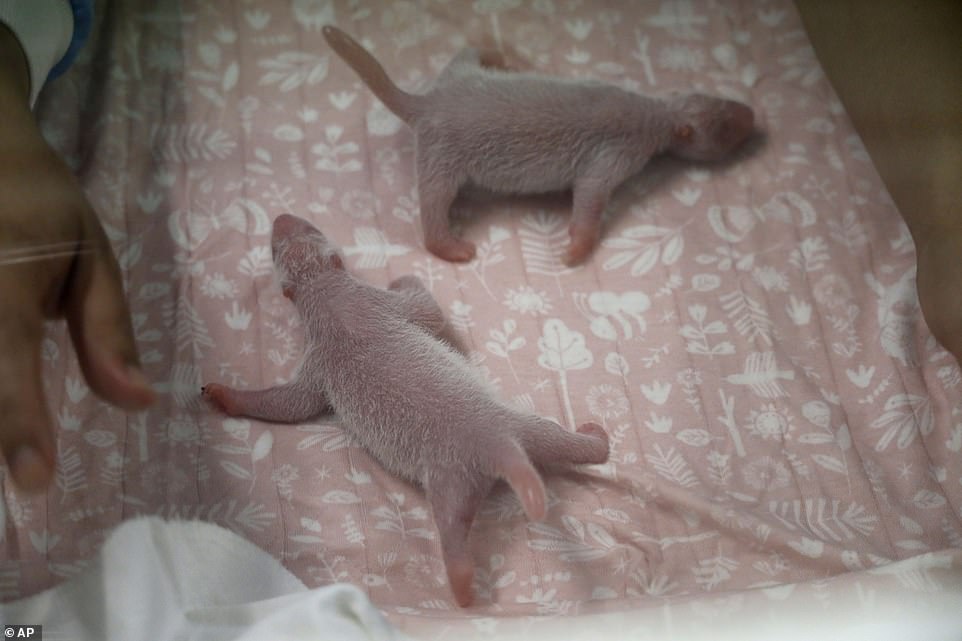 ‘Pink shrimps’: These two tiny creatures are baby giant pandas, a pair of twins who were born at a Belgian zoo yesterday 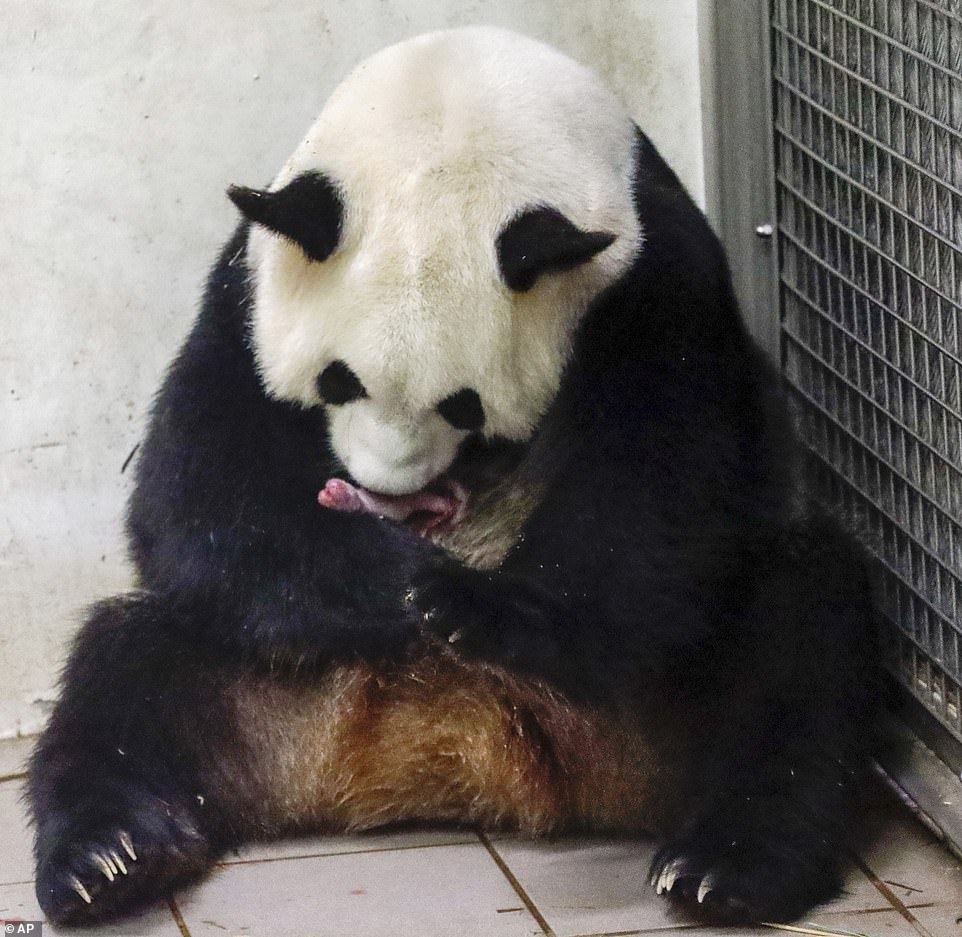 My bundle of joy: Giant panda mother Hao Hao holds one of her newborn twin babies at the zoo in Belgium after they were born within hours of each other yesterday 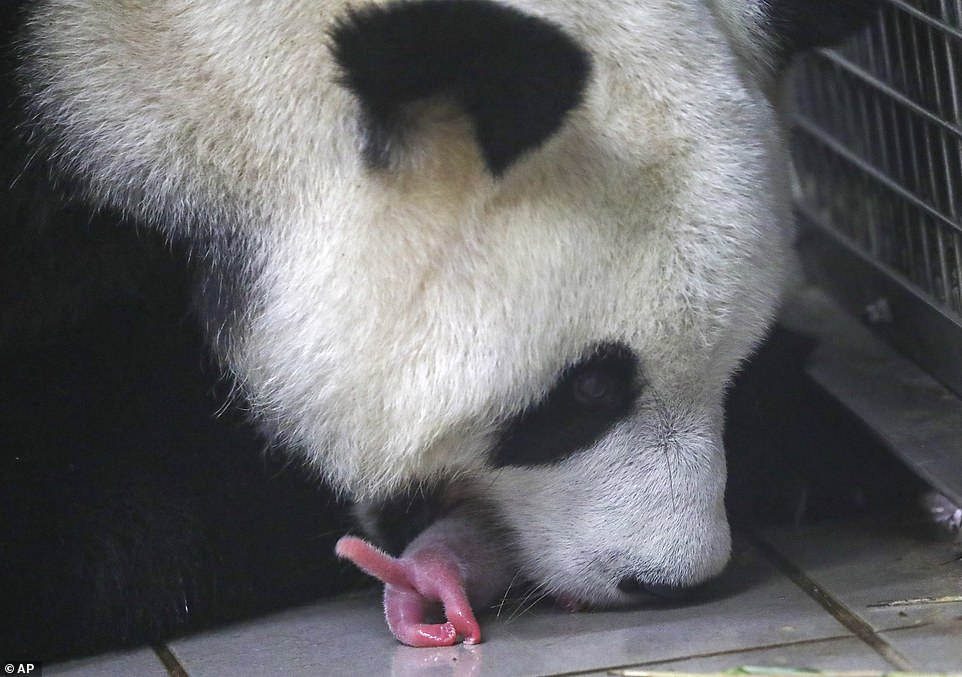 A mother’s touch: The giant panda mother holds one of her babies in her mouth on Thursday at the zoo in Brugelette

However, the zoo warned there may not be a happy outcome for at least one of them.

‘When you have twin births with giant pandas – extremely rare in nature as well as among humans – one of the babies often dies,’ the zoo said.

On a 15-year loan from China, Hao Hao and her mate Xing Hui were feted on their arrival in Beligium in 2014 and quickly became one of the main attractions at Pairi Daiza.

Their first baby was born in June 2016 and names Tiao Bao, or ‘treasure of heaven’.

Giant pandas are notoriously tricky reproducers and Pairi Daiza is funding a Belgian researcher as she seeks to develop a test that would allow scientists to tell the difference between the ‘false’ pregnancies pandas sometimes exhibit and real ones.

In 2016, the status of giant pandas was changed from endangered to vulnerable by the International Union for Conservation of Nature. 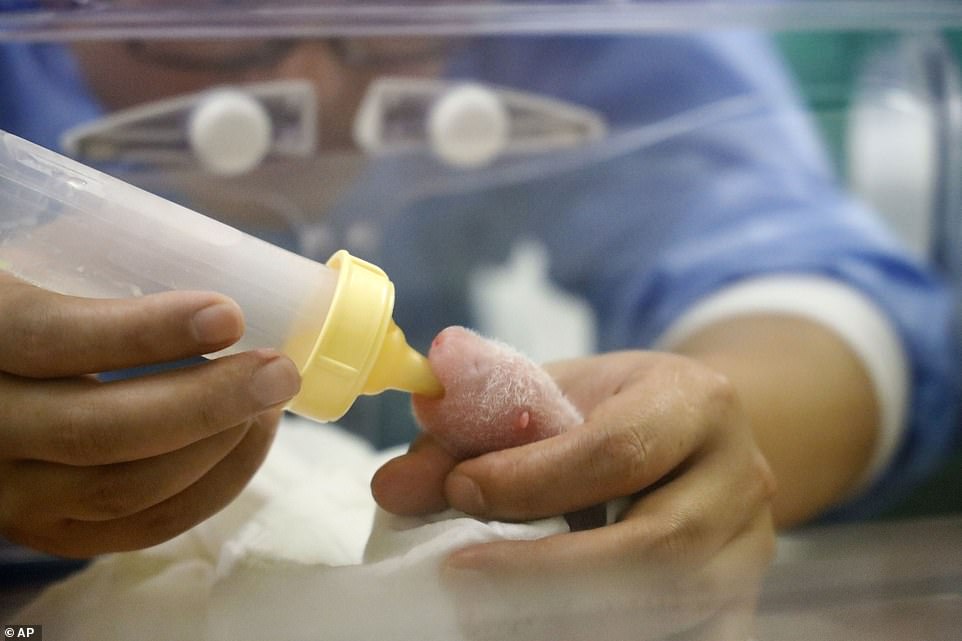 Feeding time: A member of staff at Pairi Daiza feeds one of two baby giant pandas in the hours after their birth yesterday 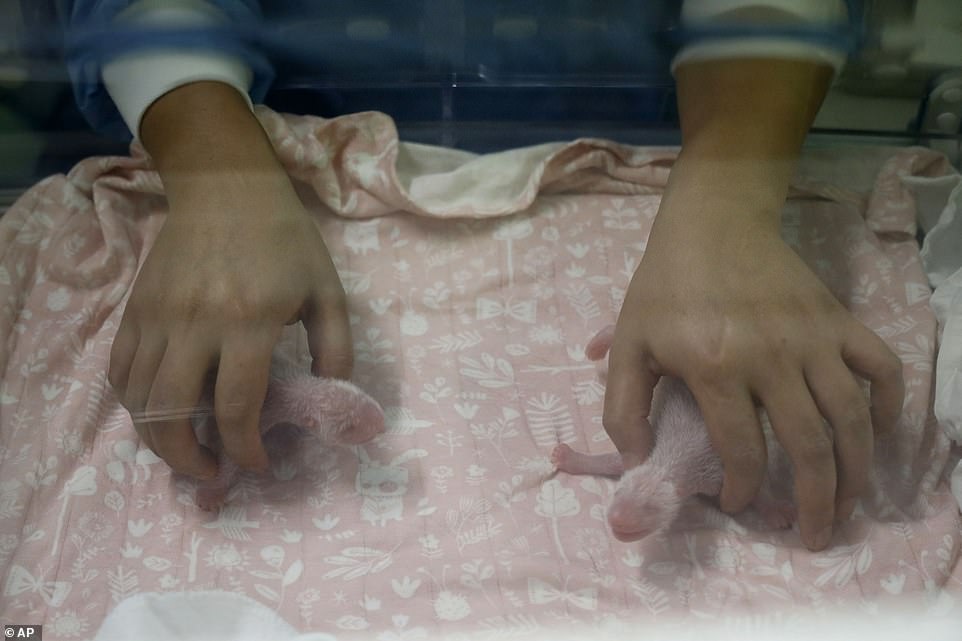 So small: The two cubs, who are smaller than this human being’s hands, are held in their cot on Thursday 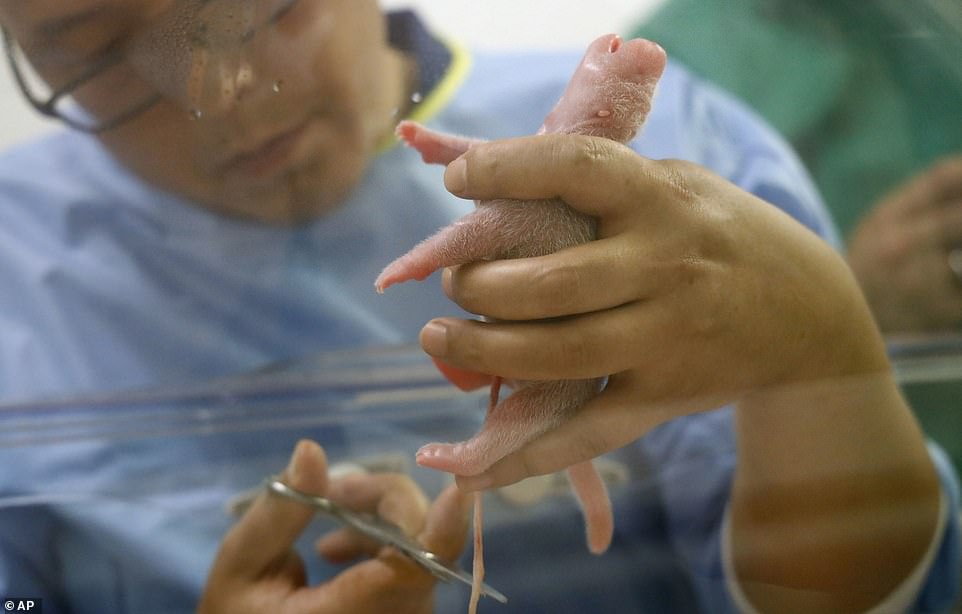 Expert care: A member of staff performs a procedure on one of two baby giant pandas born on Thursday Hao Hao, their mother, was impregnated in April and the latest arrivals are the second and third cubs she has given birth to