GAVIN Williamson was slammed today for trying to blame Ofqual for the A-level exams chaos in a desperate attempt to save himself.

Yesterday he was forced into making a huge u-turn on thousands of grades, telling students they will use their teacher predicted grades instead or whatever mark is highest. 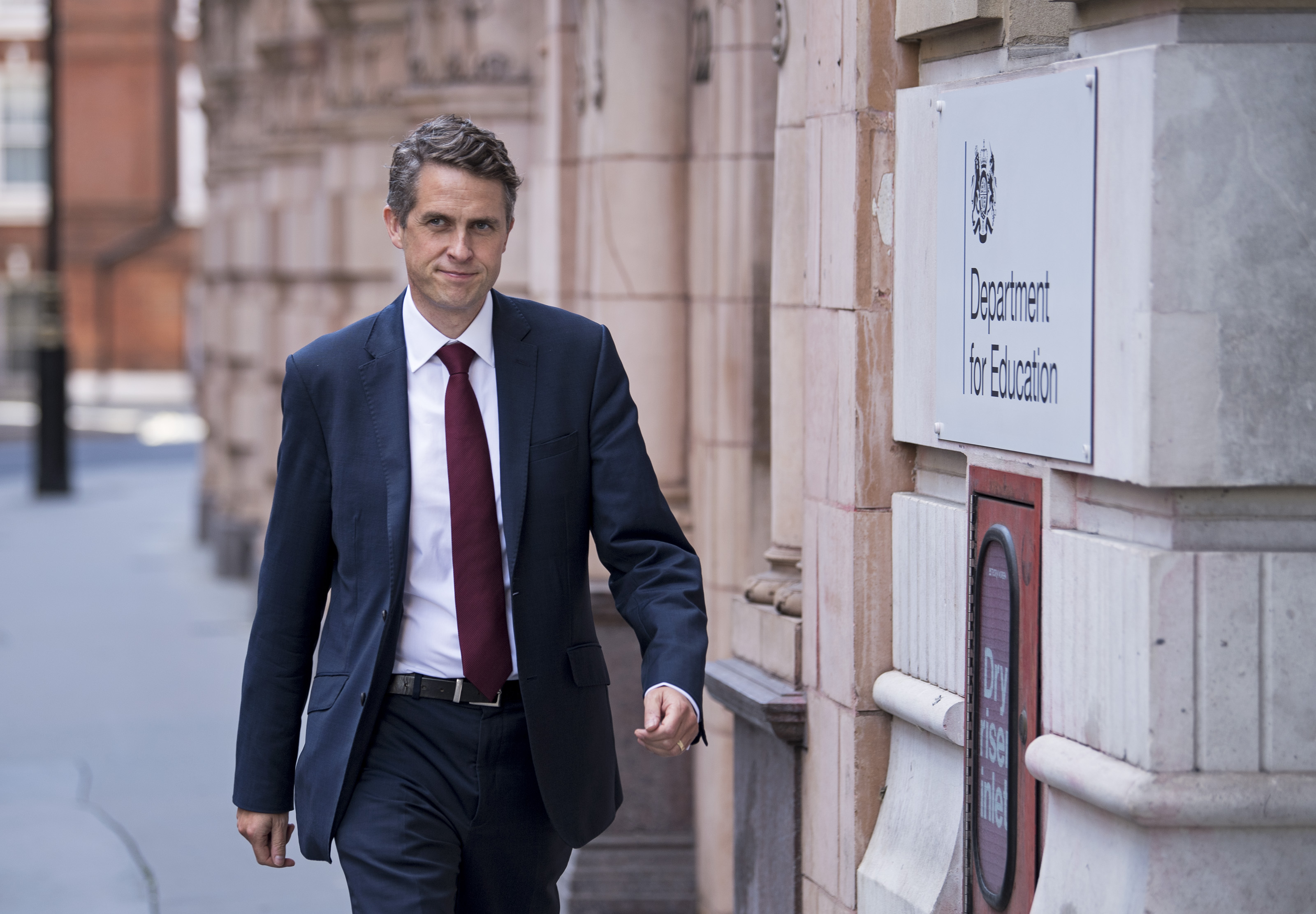 This morning he tried to blame the exams regulator for the shambolic situation.

And he refused to say he had confidence in the organisation or its head, Sally Collier.

Mr Williamson said earlier that the exams regulator had gievn every reassurance that the methods used would work and be fair.

He told Radio 4: "We were confident with the assurance that we had got that actually we had a robustness within the system.

"When the evidence mounted, working with Ofqual to see if there were measures that could be put in place that would be able to address this, it was clear to me that actually any measures that were put in place retrospectively wouldn't have the impact and wouldn't be able to deliver the same level of fairness than the action we took yesterday."

Asked if he has confidence in chief regulator Sally Collier, Mr Williamson dodged the question and stressed he had "worked with" the organisation.

He also told LBC: "It is quite clear that there have been some real challenges in terms of what Ofqual have been able to deliver."

He refused to publicly back the government body and claimed he only found out the true extent of the poor grading system at the weekend.

But he was blasted for trying to shift the blame off himself as he fights for his job – and for ignoring evidence from top MPs.

A YouGov poll last night showed 40 per cent of Brits thought he should go.

Sir David Bell, a former permanent secretary at the Department for Education, said Mr Williamson had “no grip” over the organisation.

The vice chancellor of Sunderland University, told BBC Radio 4 this morning: "He said that he was confident about the reassurance he got.

"Now, that either suggests that ministers and officials didn’t press Ofqual hard enough and ask them about potential different scenarios that would result [in], or the department frankly doesn’t have a grip of a major non-departmental public body which it is ultimately responsible for."

He said students had been "caught in the crossfire" between a fight between Ofqual and ministers.

Tory MP Robert Halfon, the chair of the education select committee, said he wanted to get to the bottom of who was to blame – Ofqual or Mr Williamson and his department.

He told ITV's Good Morning Britain: "We need to find that out. I'd like to see the minutes of everything that has gone on.

"We warned in our Education Select Committee report that was published in early July that there would be significant problems with this and it might hurt the disadvantaged.

"We urged Ofqual to widen the appeals process and publish their model, this so-called algorithm, so it could be subject to scrutiny. They refused to do this.

"I think we should see the minutes from Ofqual and what's gone on with the Department for Education (DfE), I also think we should find out how much this has cost the taxpayer just so that we make sure that this never happens again."

He added: "What has happened has been a mega-mess."

His select committee warned about the possibility of the exam grading going horribly wrong back in July.

Jules White, a secondary school headteacher and leader of Worth Less? campaign group told the Guardian: “Students will get a much fairer deal and everyone can be pleased with that.

“Major questions remain, though: why has it taken the DfE so long to resolve matters?

"Why have Ofqual and the DfE just spent time blaming each other rather than acting on behalf of children, their families and schools?”

Tory MPs are privately suggesting that he resign over the debacle, but Government sources stressed there are no plans for him to be sacked.

Mr Williamson this morning denied several times if he would quit.

One MP told The Times “this should finish him” and Sir Nicholas Soames, a former Tory MP, said that he was “wholly unsuitable” for the job.

House Dems propose payment of $2K a month to Americans