Home » World News » Fury as girl, 13, with rare disease which causes her hair to fall out banned from wearing cap at school

FURIOUS parents and students have slammed a school after a teenage girl with a rare disease which causes her hair to fall out was banned from wearing a cap.

Ella Goodwin, 13, was told she was not allowed to wear a cap and hoodie to cover her head because it broke uniform rules at Heritage High School in Clowne, Derbyshire. 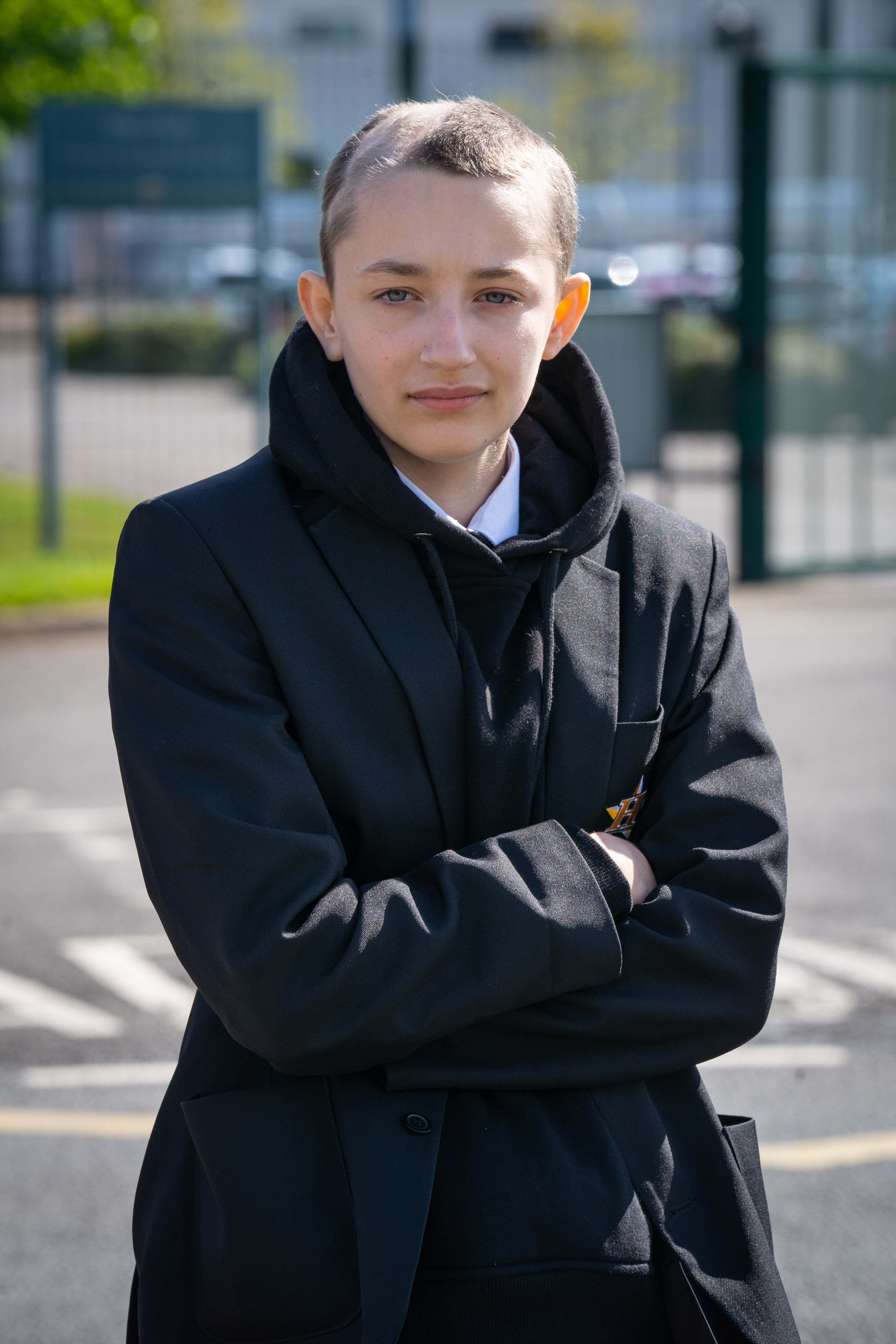 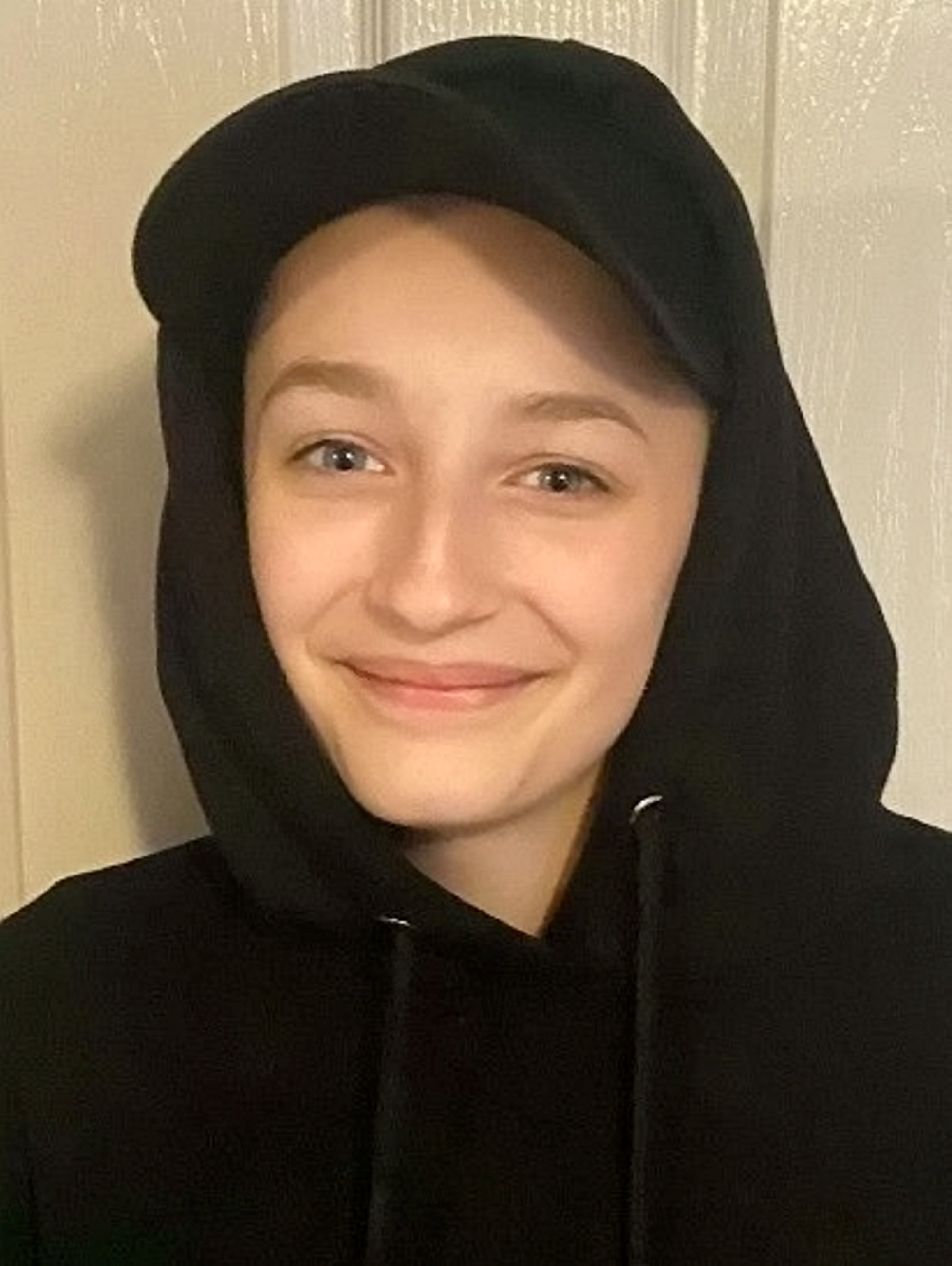 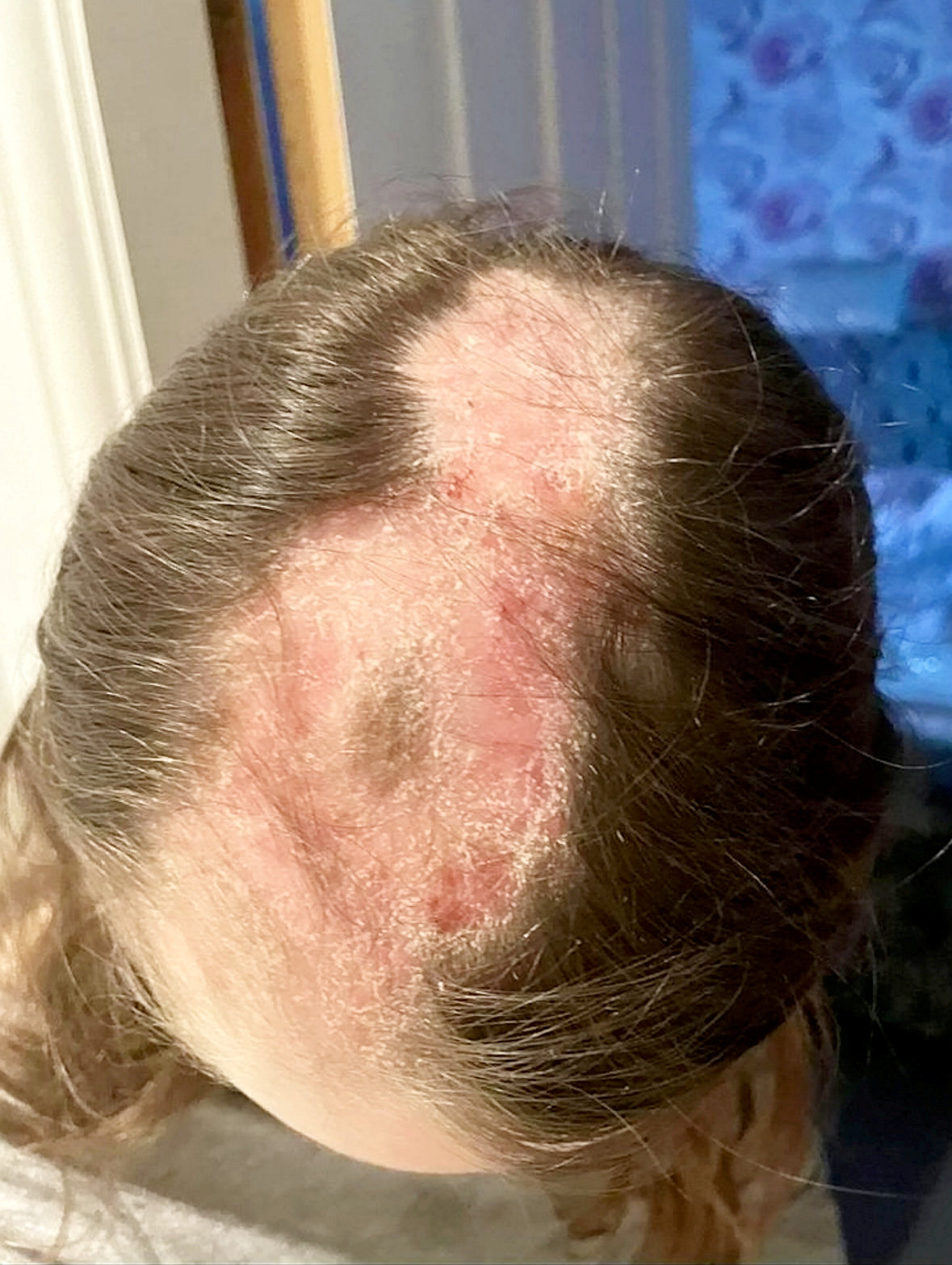 She was diagnosed with chronic recurrent multifocal osteomyelitis two-and-a-half years ago after her long brown locks started falling out in clumps.

Ella bravely had her head shaved for the Princess Trust charity and asked if she could wear a black cap to school.

But teachers refused, saying it was not part of the uniform, despite Ella even stitching the school badge onto the side of the cap.

But classmates at the school – which has 885 pupils aged 11-16 – staged a walkout on Monday in protest.

Footage shows dozens of pupils chanting "Justice for Ella" while waving banners and wearing caps and hoodies in support of the youngster.

On Monday night, the school finally agreed to let Ella wear her cap in class.

Ella, who takes a cocktail of medication to combat chronic pain caused by the disease, said: "I just think rules should be bent for someone going through something like this.

"But it was an amazing feeling just to know how many people supported me.

"I'm not ashamed but wearing a cap and hoodie just gives me confidence and comfort.

"I would not have gone back to school without it."

Shaun said: "We did have a wig made for her which she didn't like it so she started wearing a cap.

"We explained to the school that she didn't like the wig and asked if there was any chance she could use a cap and a hoodie and they point blank said no.

"The headmaster wasn't even in the meeting at the time.

"The decision was made by two head of years and they said Ella couldn't wear the cap and said it wasn't school uniform policy.

"They even said 'What's Ella going to do when she gets a job? Wear a hat and hoodie all her life?' "I thought that was totally disrespectful as it's not about Ella's job at the moment it's about her education.

"She was absolutely gutted because she's not bothered and will show her hair but she wants to be in control of that.

"She was upset about it all which is very hard to see your child so upset like she was.

"Ella shaved her hair off the week before this meeting and I think it hit home because she had long hair and she broke down and absolutely sobbed."

The brave teen, who has an identical twin Mya, raised £2,000 when she was sponsored to have her whole head shaved for charity.

Shaun, a stay-at-home dad who has four other children, added: "We are glad the school has changed its mind but we want a full apology.

"It should never have got to the stage where the pupils were protesting.

"When we turned up at the school and saw all the children I got a lump in my throat and we spent the day outside in the rain and they stood there for Ella.

"We didn't ask them to do the protest, we just went up to do a stand and we said to them don't get into trouble but they still stood there and said not until Ella is allowed in a hat.

"I can't thank them enough for their support and the community's support."

A spokesperson for the Two Counties Trust, which runs the school, said: "We are happy to confirm that we have now been able to speak to Ella's family and have agreed with them that Ella can wear a cap and a hoodie to ensure she feels as comfortable and supported as possible when at school.

"We will continue to do everything we can to ensure Ella and her family are appropriately supported through this challenging period. No student has been sanctioned around this matter." 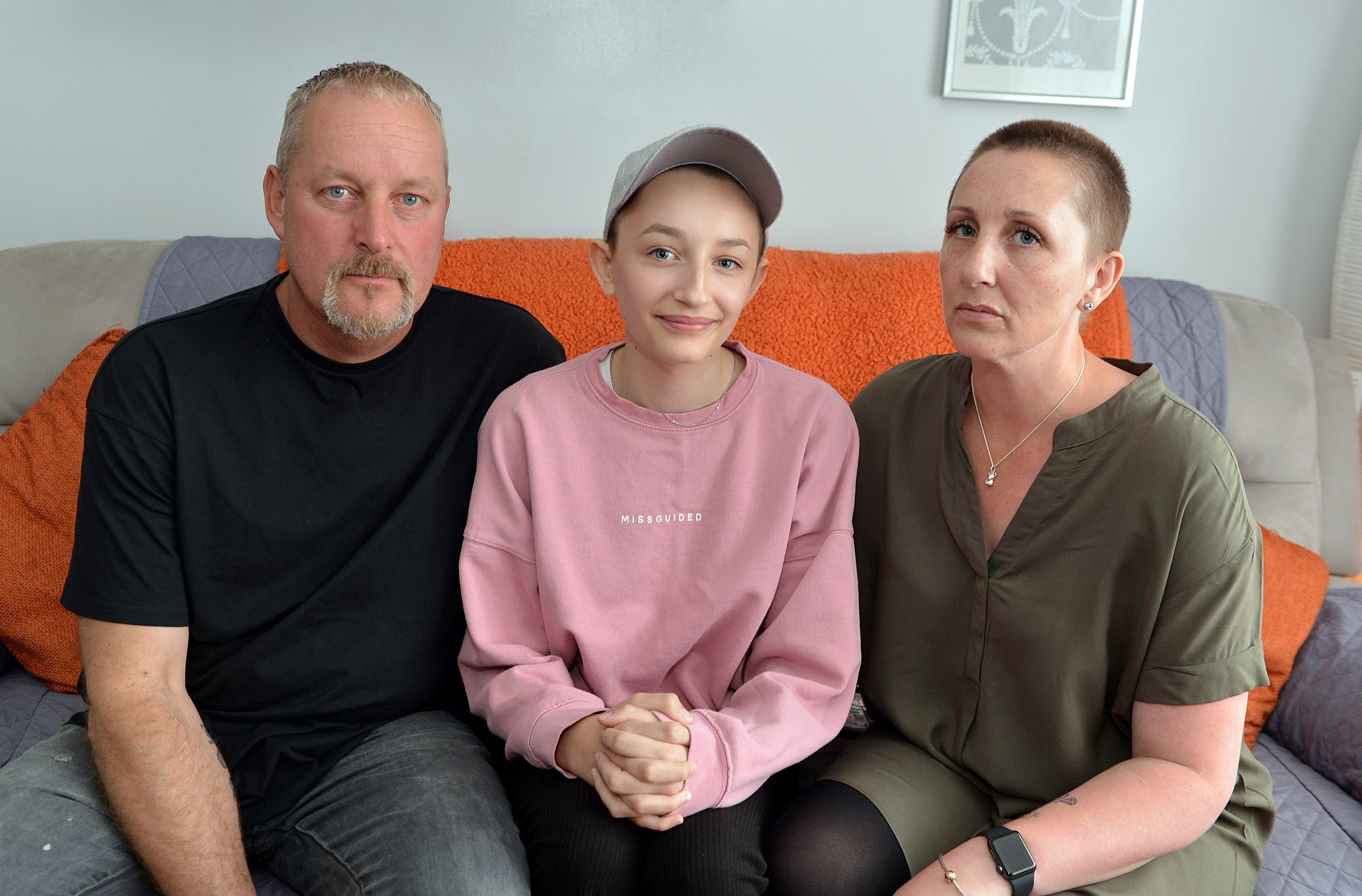 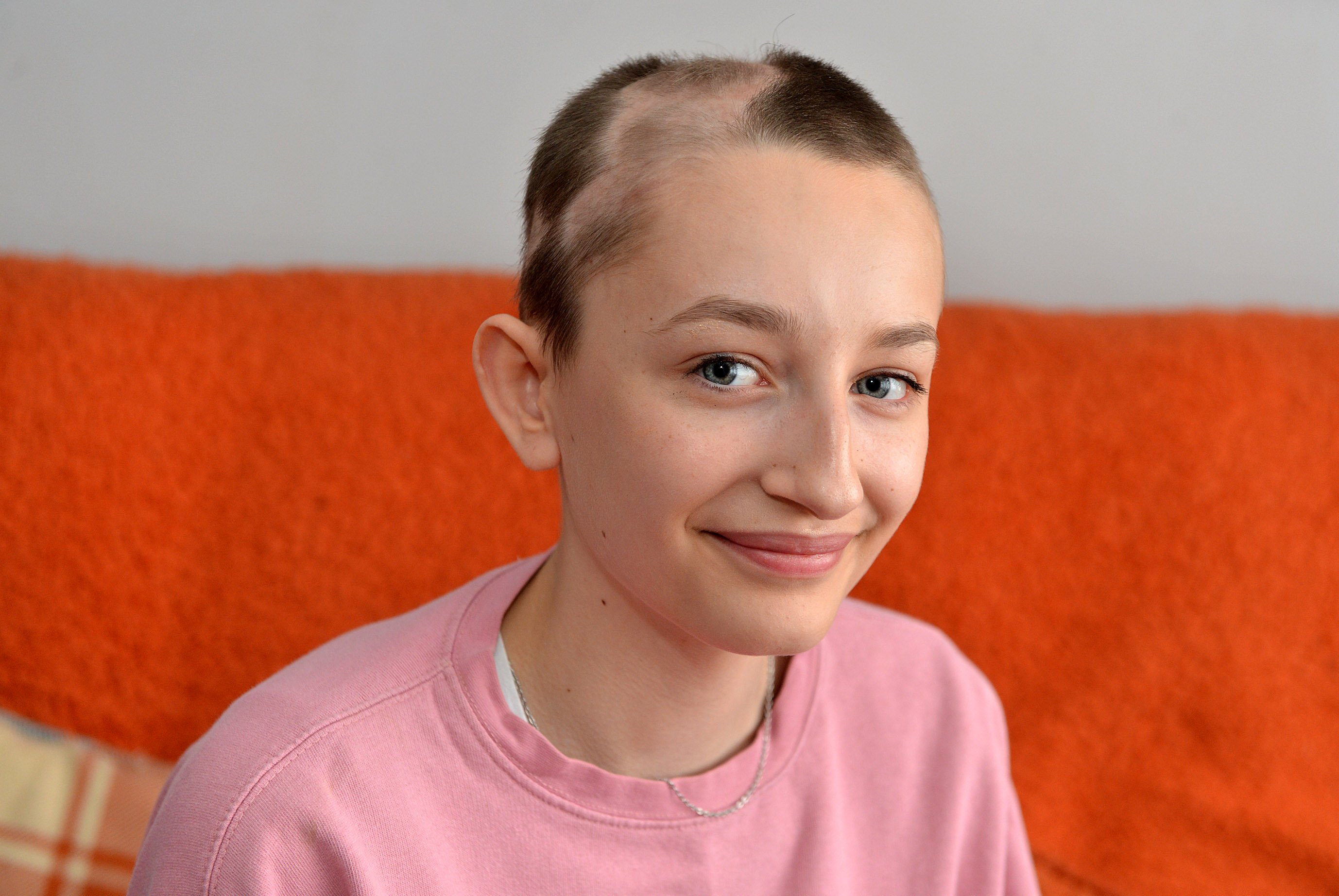