FULL-FRONTAL male nudity made its way onto primetime TV as families watched during their dinner.

Stunned viewers caught an eyeful of a man's penis during the "pre-watershed" Australian programme on Wednesday evening. 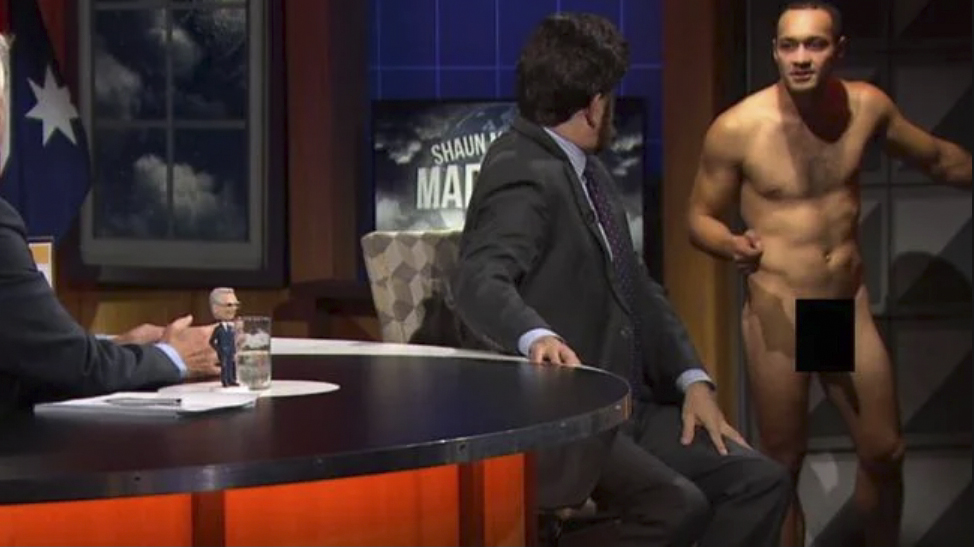 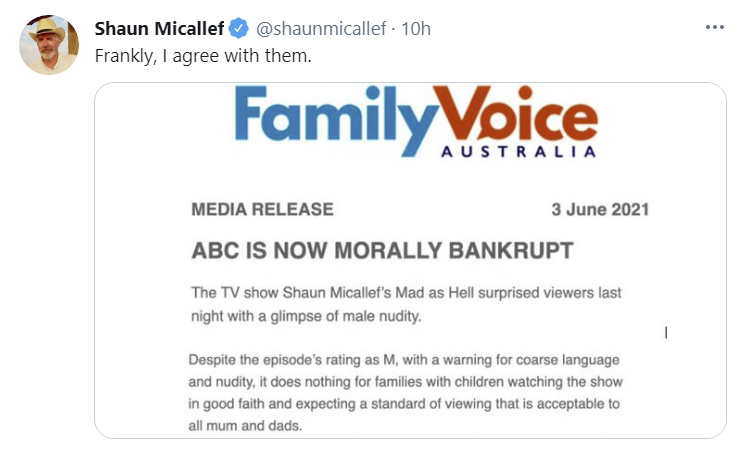 Host Micallef was speaking to actor Francis Greenslade – who was in character as a defamation expert – when a man appeared on set completely naked.

He announced that producers wanted to "wind the segment up now" while the pair discussed defamation laws and censorship rules of ABC – Australia's version of the BBC – then loitered briefly in the background before disappearing through a door.

Viewers had a mixed reaction, with some finding it hilarious and others furious due to the show's early broadcast.

Another wrote: "Thought we had to get to 9pm before full male nudity?"

It read: "The TV show Shaun Micallef's Mad as Hell surprised viewers last night with a glimpse of male nudity.

"Despite the episode's rating as M, with a warning for coarse language and nudity, it does nothing for families with children watching the show in good faith and expecting a standard of viewing that is acceptable to all mums and dads."

Micallef shared the organisation's comments, saying: "Frankly, I agree with them."

Others responded to the statement, saying: "Why do I get the strong impression they’re just upset because it was male nudity?"

Another said: "We sat down as a family expecting to see some boobs. Y’know, normal family stuff. But instead THERE WAS DONG!!! OH THE HUMANITY!!!"

As pointed out by Family Voice, there was a warning ahead of the episode that told audiences to expect nudity and bad language.

And several fans of the show pointed out a penis previously appeared during an episode in 2018 so Wednesday's nudity was nothing new.