FURIOUS Dominic Raab teamed up with America today to slam "malicious" Russia for hacking into a US tech firm and "undermining democracy".

The Foreign Secretary lashed out at President Putin's Russian Foreign Intelligence Service (SVR) and pointed the finger at them for a wider campaign of terror and hacking against Britain and the US. 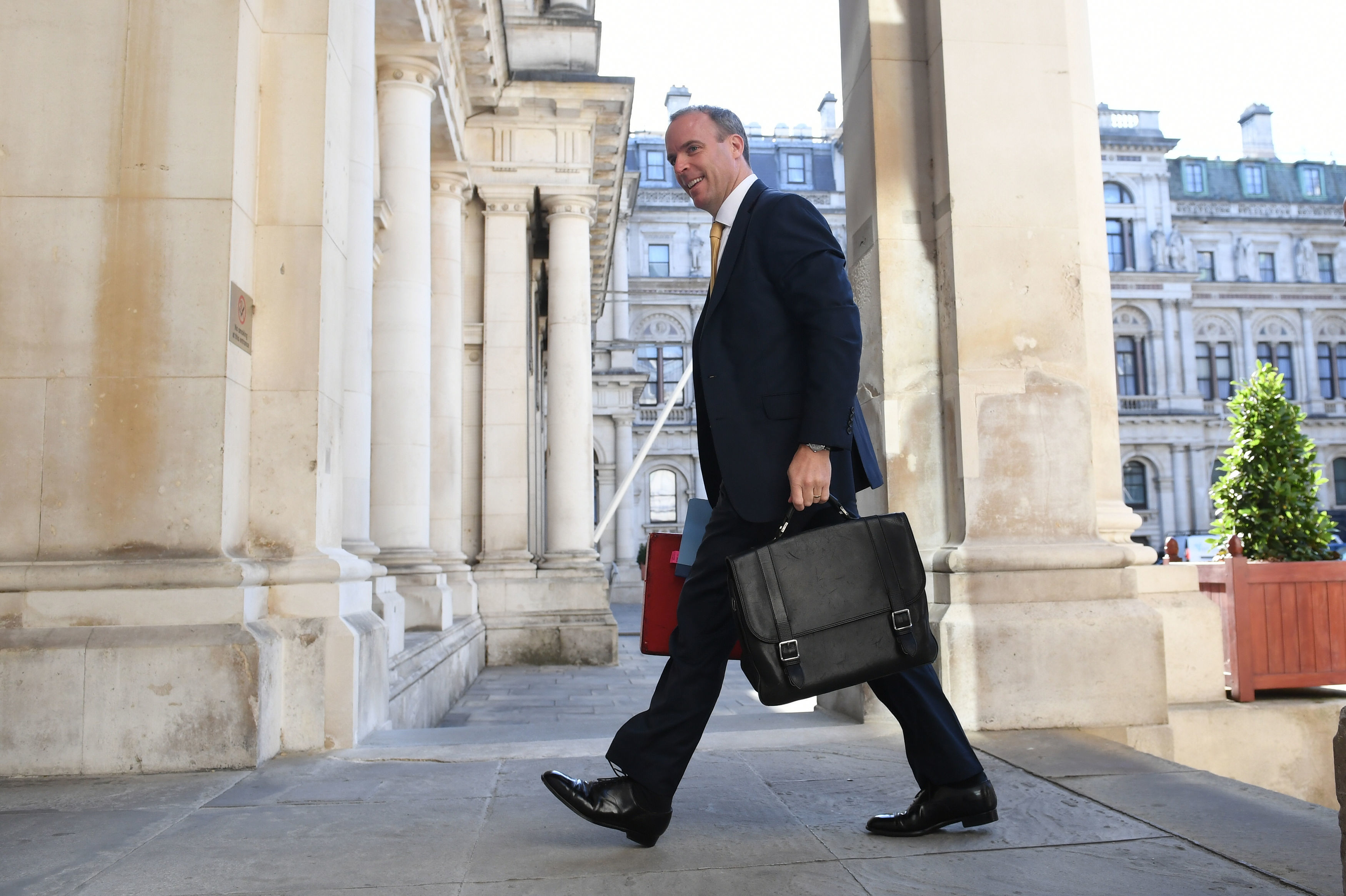 And both parties blamed Russia for a series of cyberhacks – including on US tech firm SolarWinds.

It allowed a number of public sector organisations – including Government departments – to be targeted through the hack, the Foreign Office said today.

The group, which is part of a wider network of Russian intelligence services, have repeatedly tried to gain access to Governments across Europe and NATO members too.

Russia remains the biggest threat to the UK's national and collective security, they said.

Mr Raab said last night: "We see what Russia is doing to undermine our democracies.

"The UK and US are calling out Russia’s malicious behaviour, to enable our international partners and businesses at home to better defend and prepare themselves against this kind of action.

"The UK will continue to work with allies to call out Russia’s malign behaviour where we see it."

It's understood there are no plans for any more immediate sanctions on Russia over the hack, but sources stressed the UK stood by the US and would continue to call out Russia's unacceptable behaviour.

It's likely that the upcoming G7 summit, which the UK will host in June in Cornwall, will feature international action on Russia.

Teen girl, 15, dies after getting into difficulties while canoeing on River Tweed