Under plans reportedly being considered by officials, the tests could soon only be available at no cost in "high-risk" settings such as care homes, hospitals and schools. 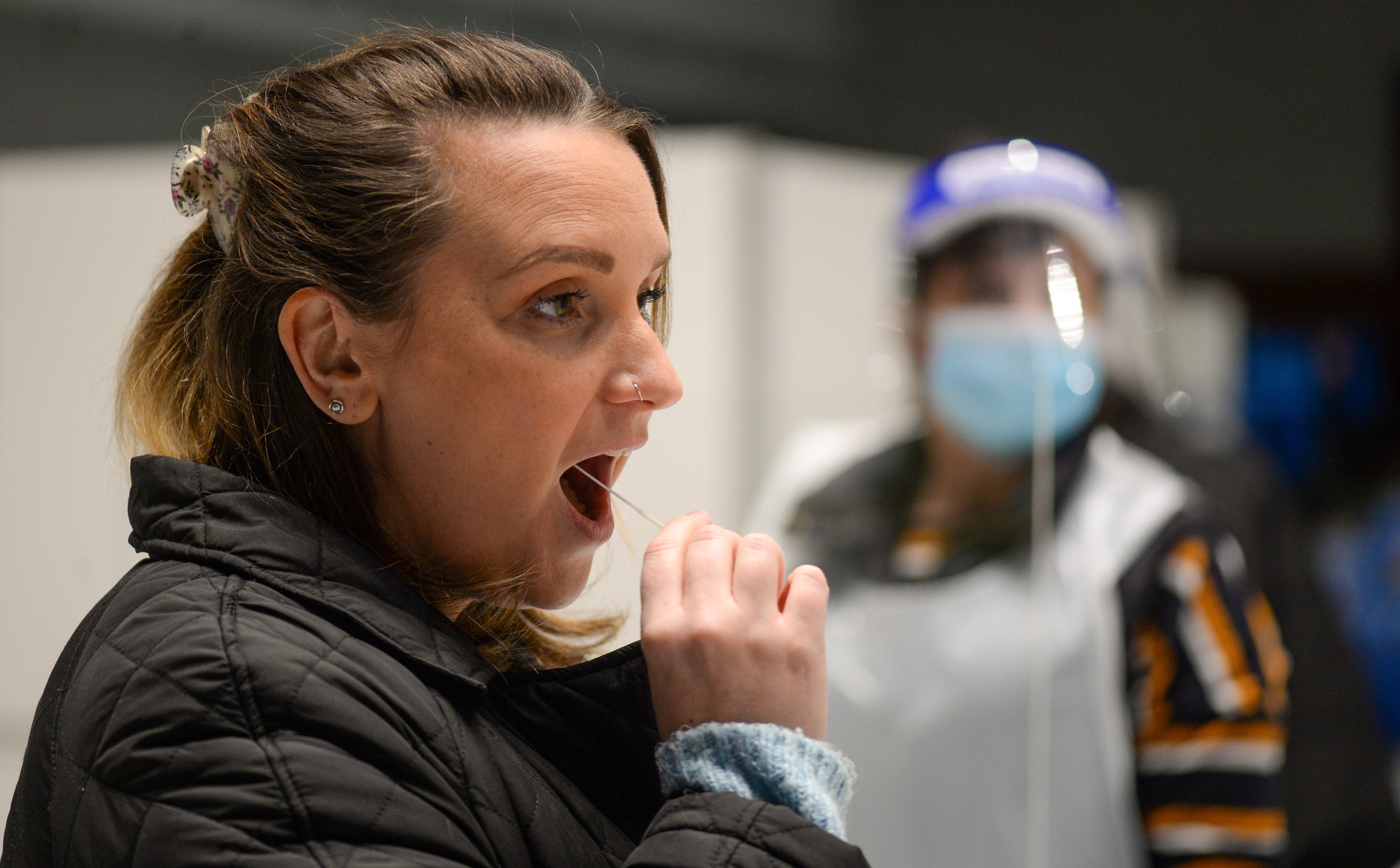 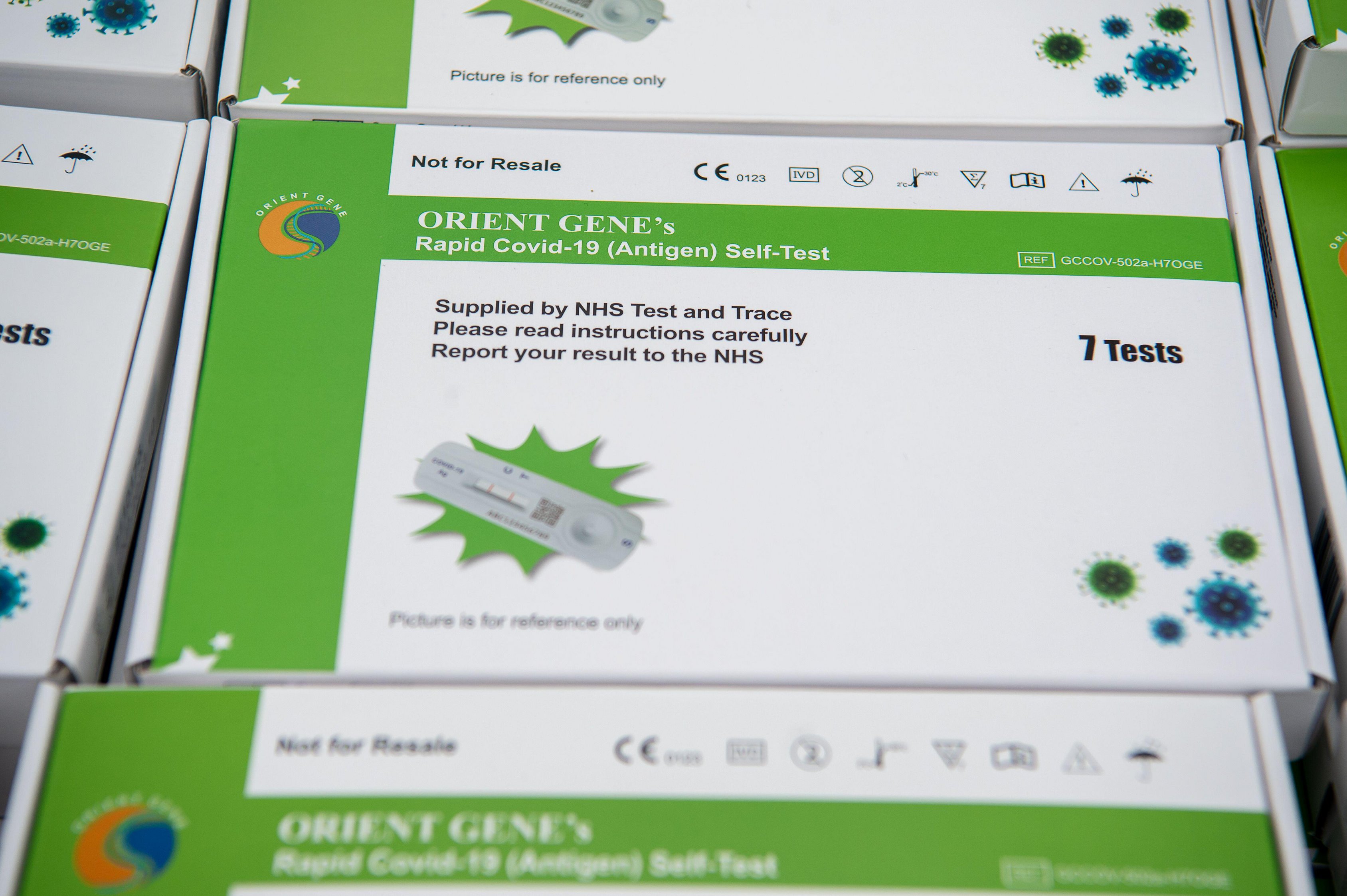 The cost-cutting move would also see the NHS Test and Trace service scaled back, according to The Sunday Times.

A Whitehall source told the newspaper: “I don’t think we are in a world where we can continue to hand out free lateral flow tests to everybody forevermore.

"It’s likely we will move to a scenario where there is less testing but where we have a capacity to ramp it up if necessary, such as in the winter.”

Boris Johnson is reportedly said to be ready to announce the move as part of the Government's strategy for living with the virus as ministers predict six more years of Covid.

But No10 told the Sun lateral flow tests were not being scrapped.

It comes as a string of hugely positive studies show Omicron IS milder than other strains, with the first official UK report revealing the risk of hospitalisation is 50 to 70 per cent lower than with Delta.

Covid booster jabs protect against Omicron and offer the best chance to get through the pandemic, health officials have repeatedly said.

The Sun's Jabs Army campaign is helping get the vital extra vaccines in Brits' arms to ward off the need for any new restrictions.

In another sign of the government’s plan to return the country to normality, education secretary Nadhim Zahawi has become the first minister to back moves to cut the self-isolation period from seven days to five.

He said he believed the country was  “witnessing the transition of the virus from pandemic to endemic”.

The PM has already announced that from next week people who have a positive lateral flow test will no longer have to confirm their condition with a PCR test if they have no symptoms or need a follow-up test.

Any decision to scrap free lateral flow tests would come at a time when Covid cases reach record levels.

Nearly 1.3 million confirmed infections in the past week across the UK.

UK Covid deaths today passed the grim milestone of 150,000 since the pandemic began – as daily cases dropped for the fourth day in a row.

The number of people who have died of Covid in the UK since the beginning of that pandemic now stands at 150,057 with 313 more deaths reported today.

Professor Andrew Hayward, who advises the Government as part of Sage, said the UK recording more than 150,000 deaths after positive Covid tests was "absolutely tragic".

After hearing the testimony of a woman who lost two close relatives during the pandemic, the University College London academic told BBC Radio 4's PM programme: "It is absolutely tragic and to think that's been repeated so many times is awful.

"I think we could have done better. I think some of the deaths are even more tragic for the fact that many of them were avoidable if we had acted earlier in the first and second wave." 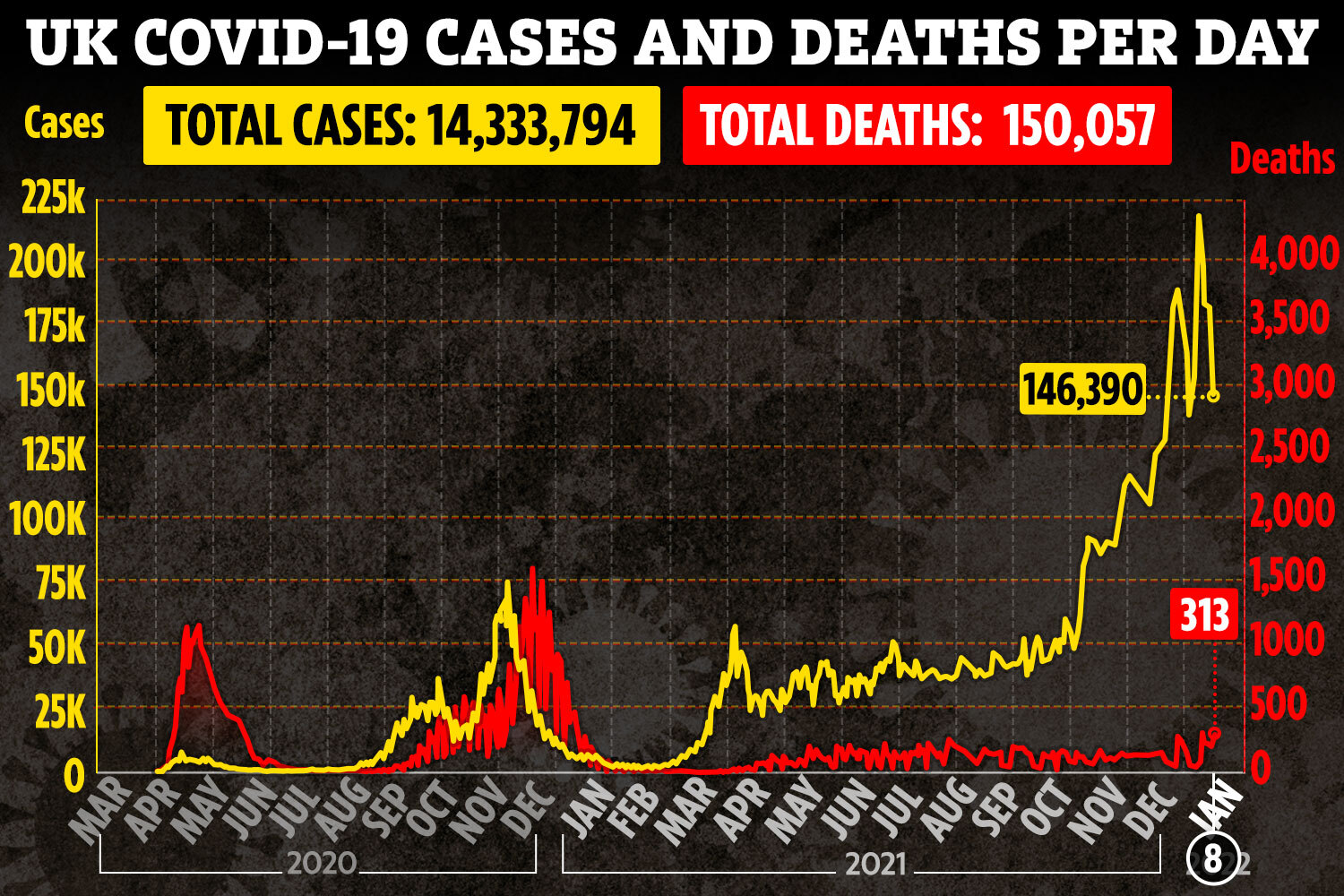 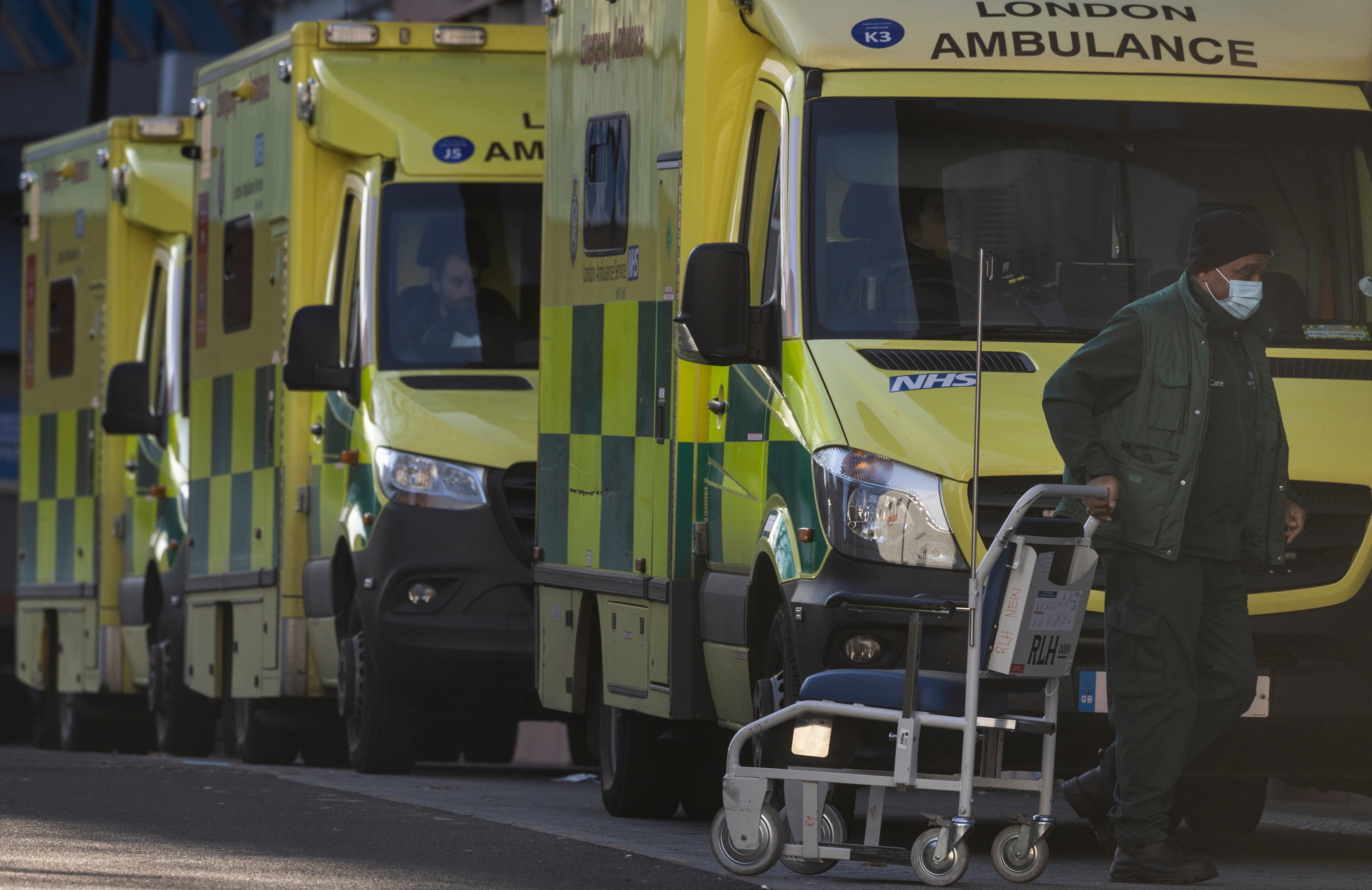