Former Everton and England striker Francis Jeffers has been banned from driving after refusing to take a breathalyser test when he was pulled over for erratic driving.

Jeffers told cops he had drank ‘just two bottles of lager’ when they stopped him in his Ford Fiesta, but refused to take the roadside breath test.

The ex-Arsenal man – who also played for eight other clubs – was also fined £500 after the incident in Liverpool on May 30.

Jeffers, who is now a coach at Everton, was pulled over by officers just after midnight as the back wheel of his car caught the pavement as he turned a corner. 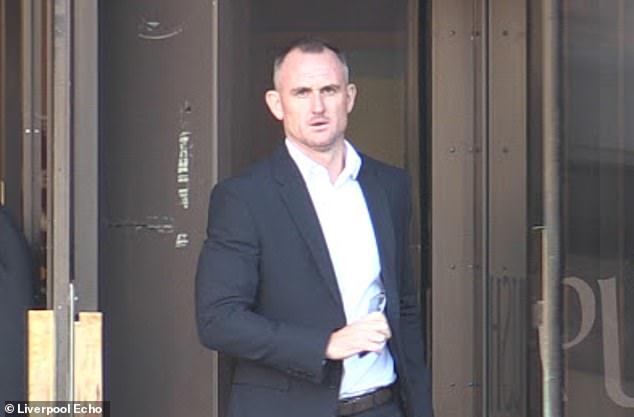 Former Everton and England striker Francis Jeffers has been banned from driving after refusing to take a breathalyser test. Pictured: Jeffers at a separate court appearance last year

The Crown Prosecution Service (CPS) said the car then appeared to be veering into different lanes of the road.

When it came to a stop, the police approached the former Premier League star and asked him if he had been drinking.

He said that he had just two bottles of lager but refused to provide a breath sample at the roadside and was taken to St Anne’s police station.

While at the station, he again refused to give a sample for analysis – despite several requests from the police.

Merseyside Police charged him with failure to provide a specimen for analysis. 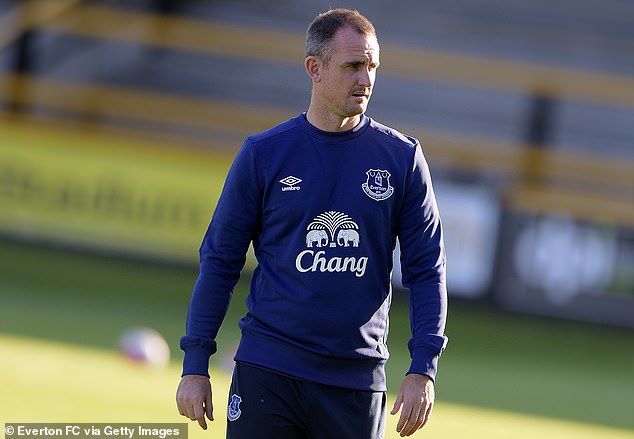 The Everton youth coach told cops he had drank ‘just two bottles of lager’ when they stopped him in his Ford Fiesta, but refused to take the roadside breath test

He pleaded guilty and was fined £500 and banned from the roads for 17 months.

He was also ordered to pay a victim surcharge of £50 and costs of £85.

Associate Prosecutor Elle Battle-Kennedy of CPS Mersey-Cheshire said: ‘Jeffers was asked several times to provide a sample of his breath for analysis.

‘He had been spotted driving erratically and his refusal to provide the sample would lead to the assumption that he had something to hide.

‘Driving when you have been drinking is dangerous and reckless.

‘No-one is above the law.

‘Jeffers might be well known to Everton fans and other football supporters but his reputation has been damaged by his behaviour on that night and he has only himself to blame.’ 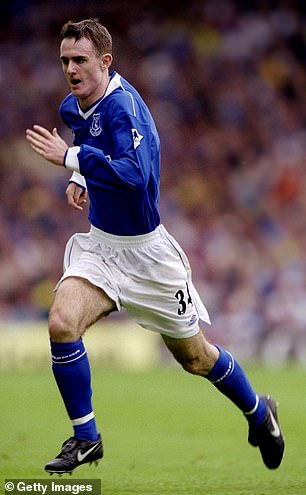 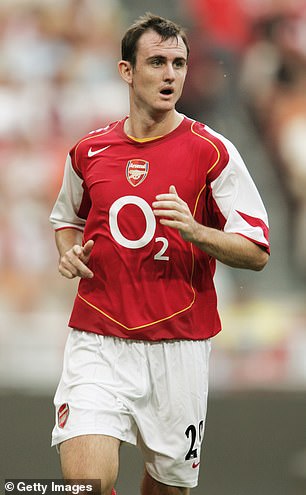 Merseyside Police charged him with failure to provide a specimen for analysis. He pleaded guilty and was fined £500 and banned from the roads for 17 months. Pictured: As a striker for Everton in 1999, and for Arsenal in 2004

It is believed that he will keep his job as a coach at Everton’s under-23 side after he apologised to the club following an internal disciplinary procedure.

Jeffers reportedly notified the club in advance of the charges and told them he would plead guilty in court.

He has also issued a formal apology to club staff and Everton will now work with the former striker to provide him with help and support.

A product of the club’s academy, teenage starlet Jeffers made his debut in 1997 aged just 16, coming on as a half-time substitute in a game at Old Trafford.

Known for his finishing in the penalty area, he secured a £10 million move to Arsenal in 2001 and scored against Australia on his only England appearance two years later.

But his career failed to take off and he was loaned back to Everton in the 2003-04 season and spent most of his career languishing in the lower leagues.

He also had spells with eight other clubs including Charlton, Rangers, Blackburn and Sheffield Wednesday, before ending his career at Accrington Stanley in 2013.

He joined Everton as a striking coach in 2016 and has progressed through the coaching ranks to work under David Unsworth with the under-23 side.

Jeffers was convicted last October of sending menacing messages online to his ex-wife.