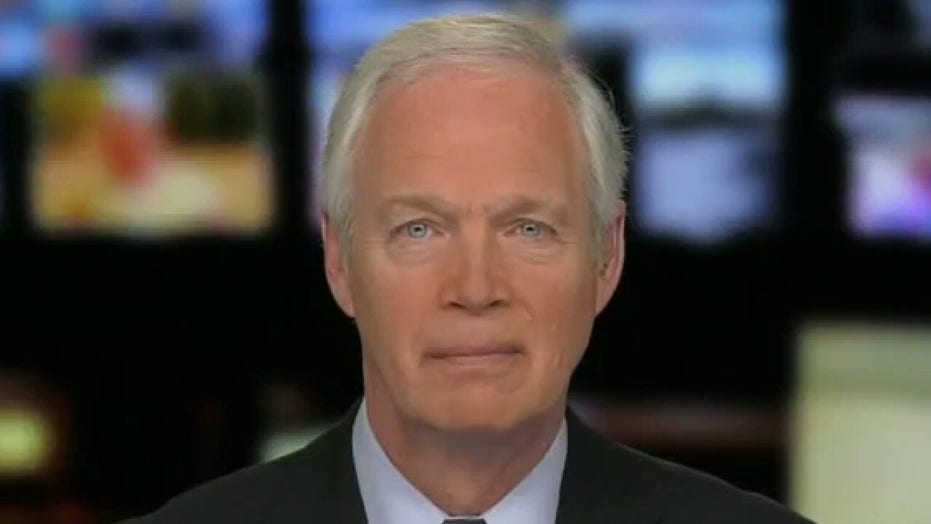 Sen. Johnson on what GOP can do to stop Democrats’ agenda

In a detailed letter addressed to House Speaker Nancy Pelosi, former U.S. Capitol Police Chief Steven Sund said the department “did not fail” on Jan. 6, arguing that Capitol Police did everything it could with the intelligence available beforehand, but still did not expect a group of “thousands of well-coordinated, well-equipped violent criminals” to attack law enforcement at the Capitol building.

“There has been much conflicting information presented by various officials and the media regarding preparations and actions taken at the Capitol that day, and I would like to set the record straight from my perspective,” Sund said in the letter obtained by Fox News on Sunday.

Sund, who resigned after the insurrection, revealed that a number of those in the crowd, “were wearing radio earpieces indicating a high level of coordination,” and many also carried, “weapons, chemical munitions, protective equipment, explosives and climbing gear.”

The letter addressed to Pelosi on Feb. 1 claimed that the first 150 members of the National Guard were not sworn in on Capitol grounds on Jan. 6 until about four and half hours after Sund’s request for their support was approved by the Capitol Police Board.

“What occurred on January 6th cannot be considered under any circumstances a protest, rally of civil disobedience. This was a well-planned, coordinated insurrection at the United States Capitol,” Sund wrote. “The USCP does not have the manpower, the training of the capabilities to handle an armed insurrection involving thousands of individuals bent on violence and destruction at all costs. Nevertheless, because of their bravery and professionalism in the face of this attack, USCP did not fail.” 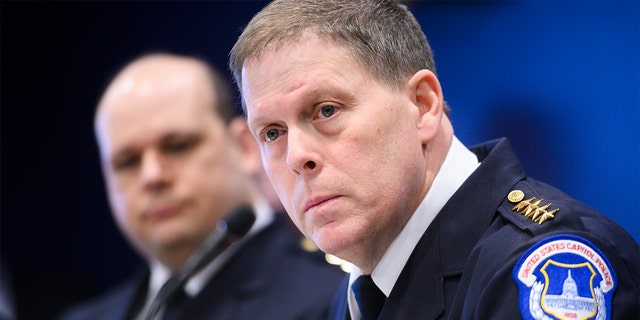 On Jan. 3, an internal intelligence assessment showed that members of the Proud Boys, White supremacist groups, Antifa and other extremist groups were expected to participate in the Jan. 6 event and that they may be inclined to become violent, Sund said.

But though intelligence showed the Capitol building would be the target on Jan. 6, Sund said the event was expected to be similar to previous large protests organized by pro-Trump supporters on Nov. 14 and Dec. 12 in Washington, D.C. at the Supreme Court and adjacent Capitol grounds. Those MAGA events involved thousands of people but had a limited number amount of violence, injuries to officers and arrests, Sund said, adding that at no point at either of those events did people attempt to storm the Supreme Court building.

When Sund said having Capitol police officers relieved from other posts to respond to the Capitol was not an option and that National Guard was needed, House Sergeant at Arms Paul Irving said he would need to run the request up the chain of command at the Pentagon.

“The USCP needs more unilateral authority to implement its security planning and the ability to call in National Guard support when needed. Steps need to be taken to ensure National Guard’s ability to support USCP is seamless in the future,” Sund wrote.

He added, “I also wish we had better intelligence and warnings as the possibility of this type of military-style armed insurrection. The entire intelligence community seems to have missed this.”

Before the National Guard arrived, more than 1,700 police officers from 18 nearby jurisdictions convened at the Capitol.

Sund said he pushed for expedited delivery of helmets ordered for officers before the inauguration, and approximately 104 helmets were delivered on Jan. 4 to protect officers from individuals who might be armed in the crowds expected on Jan. 6. He recognized a “number of systems broke down” and that “officials or officers who violated policies or directives, or even their oath, need to be held accountable.”