A FLORIDA nurse has been arrested and charged with threatening to kill Kamala Harris after sending messages to her husband in prison. 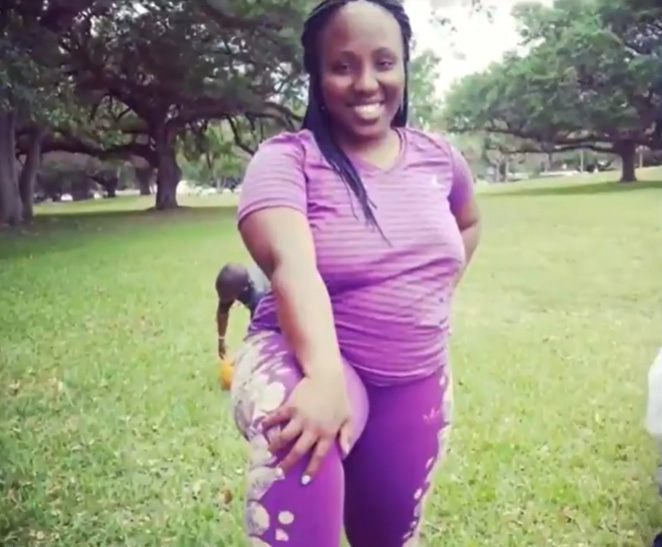 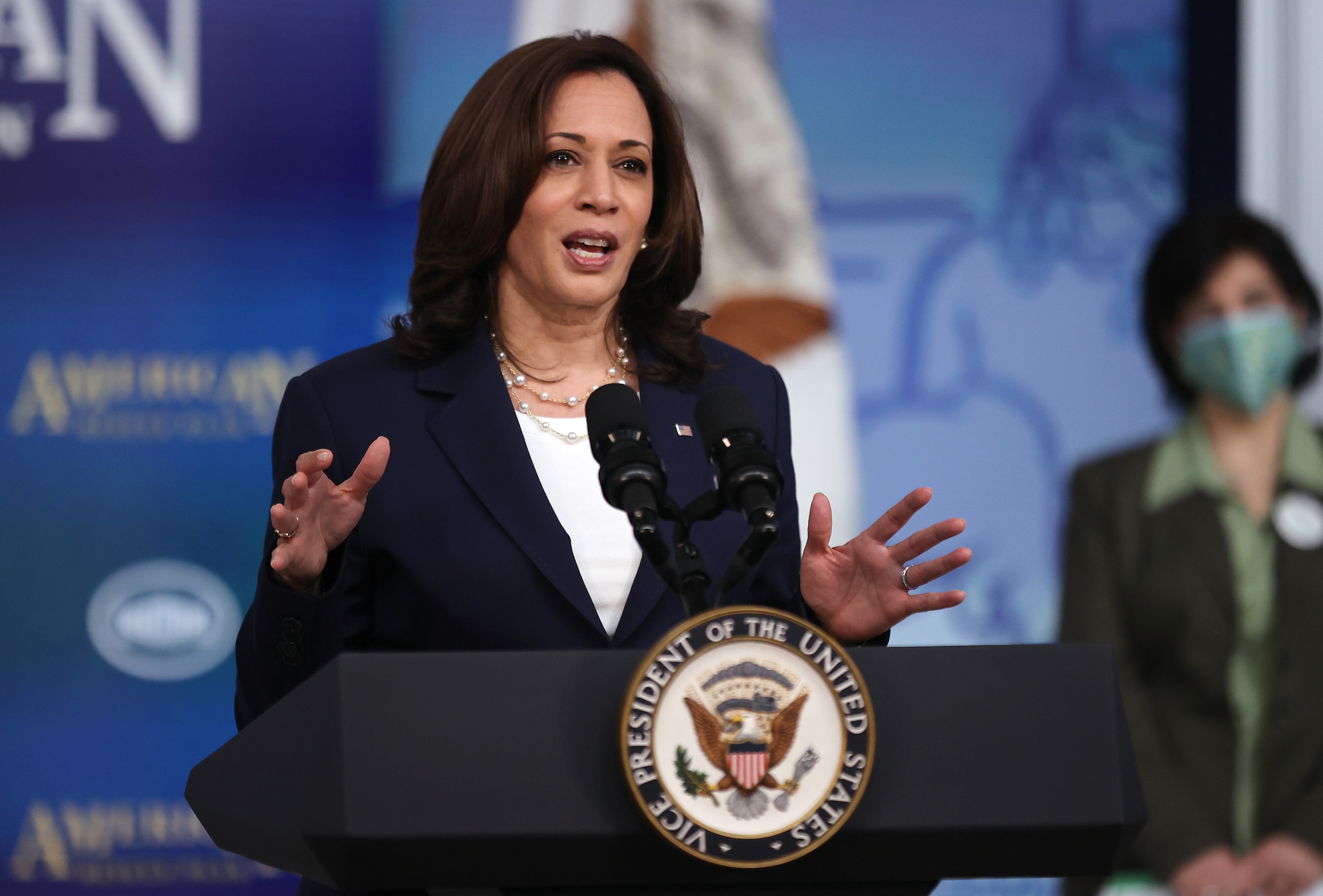 A criminal complaint filed in the United States District Court for the Southern District of Florida says Special Agent David Ballenger was notified of a threat to kill Harris on March 3.

The threats were recorded on video and sent by Phelps to her spouse who is in jail at Wakulla Correctional Institution – a prison located 20 miles southeast of Tallahassee.

In one of the clips sent on February 13, Phelps said: "Kamala Harris you are going to die. Your days are numbered already."

In another video on February 18 the nurse said: "I'm going to the gun range. … I swear to God, today is your day you're gonna die. 50 days from today, mark this day down."

Phelps, 39, sent the clips via JPay, a computer application allowing families to keep in touch with their incarcerated relatives.

The complaint reads: "Niviane Petit Phelps knowingly and willfully made threats to kill and inflict bodily harm upon the Vice President of the United States in violation of Title 18, United States Code Section 871. 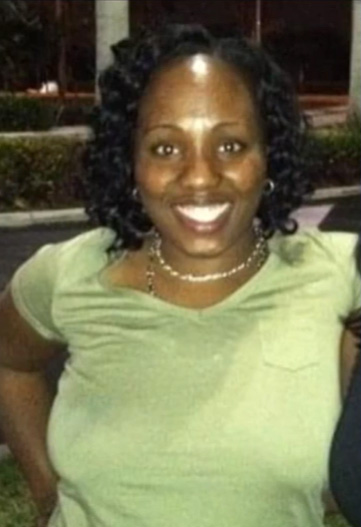 "The videos (that are of relevance to this investigation) generally depict Phelps complaining and speaking angrily to the camera about her hatred for President Joe Biden and Vice President Kamala Harris, among others."

The complaint says that on February 22, just a few days after filming one of the videos, Phelps applied for a concealed weapons permit.

The Secret Service and detectives from the Miami-Dade Police Department went to the nurse's home on March 3, but she refused to speak to them, according to court documents.

The nurse – who has worked at Jackson Memorial Hospital since 2001 – was reportedly put on administrative leave two days later. 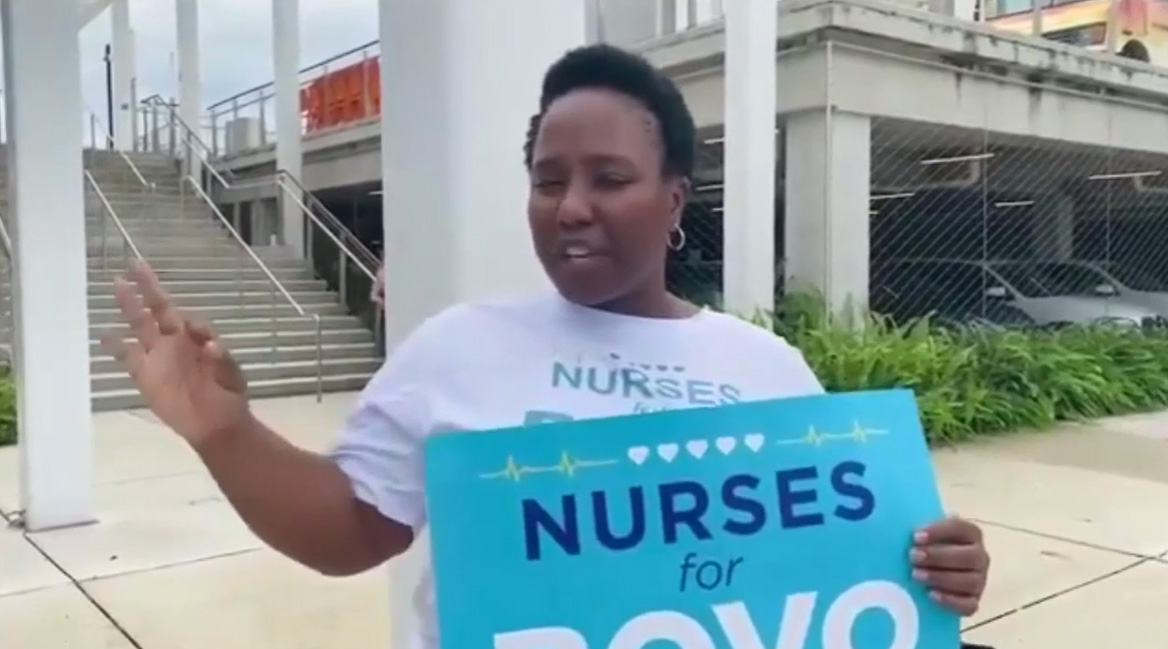 Then, on March 6 a Secret Service agent went to speak with Phelps at her home and she said she was "angry" about Harris becoming Vice President, but added that she is "over it now".

The agent who interviewed Phelps was told she does not believe Harris is actually "black".

Phelps was also upset as she claimed Harris disrespectfully put her hand on her clutch purse instead of the Bible during the inauguration.

Local 10 News spoke with Phelps’ mother, Herodia Petit, who said she believes her daughter thought that if former President Donald Trump was re-elected, he would have been able to get her husband out of jail.

The woman is now asking Joe Biden and Kamala Harris to forgive her daughter.

She said: "My daughter didn’t mean it. I don’t know where this thing coming from. I vote for Joe Biden."

Petit told NBC 6 that her daughter is "sick" and "she doesn't even know what she's doing."

Jackson Health System said they are aware of the arrest and suspended Phelps without pay.

It said in a statement: "Niviane Petit Phelps had been employed at Jackson Health System since 2001.

"In the last couple of years, she worked as a licensed practical nurse at the Ambulatory Care Center West at Jackson Memorial Medical Center.

"She has been suspended without pay while we process her employment termination."

Threatening government officials of the United States is a felony offense under federal law.

If Phelps is found guilty, she could face up to five years in federal prison.

For Chauvin's trial attorney, it's all about raising doubt