Tubs of I Can’t Believe It’s Not Butter!, Flora and Bertolli become latest victim of ‘shrinkflation’ as 500g packs drop in size by 10% – but price has stayed the same or gone UP in supermarkets

‘Shrinkflation’ has spread to bread and butter supermarket essentials I Can’t Believe It’s Not Butter!, Flora, and Bertolli in a worrying development for British shoppers.

The 500g tubs of all three buttery spreads, owned by spreads giant Upfield, have shrunk-down to just 450g, a drop of 10 per cent despite prices in some supermarkets staying the same – or even going up. 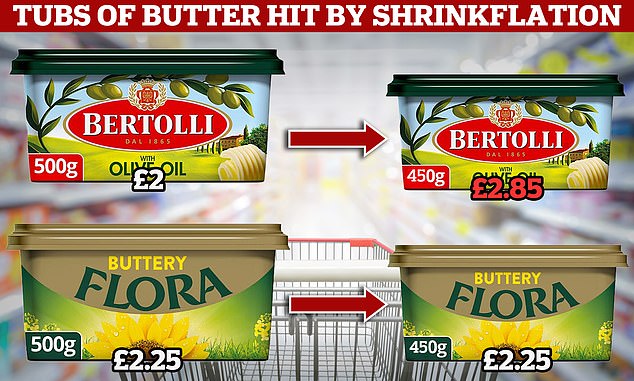 However, the newly shrunk 450g tub is still being sold at £2.85 – resulting in a 58 per cent price rise per kilo when compared to the older price of the 500g tub.

Bertolli Light however has remained at £2.45 in Tesco in after shrinking from 500g to 450g and the new 450g Flora Buttery Spread has stayed £2.25 at its new weight.

This comes as last week shoppers spotted 1kg tubs of Lurpak on sale for an eye-watering £9.30 and 750g tubs cost over £7, bringing to light the ever-worsening cost-of-living crisis.

It was also reported last week that ‘fun size’ Twix bars were about 15 per cent less fun – with the weight of the caramel-chocolate biscuit decreasing from 23g to 20g. 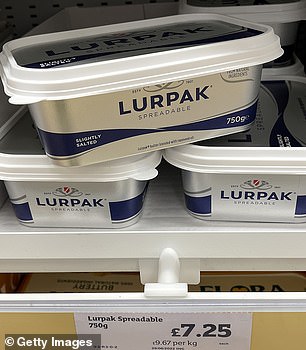 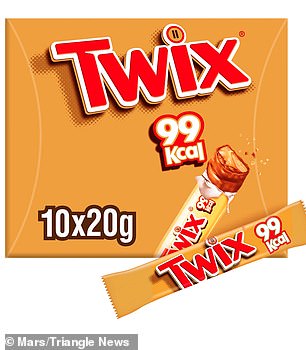 Bread and butter supermarket essentials have been hit by shrinkflation as consumers get increasingly battered by the cost-of-living crisis. Lurpak (left) is selling for more than £7 in some stores – and Twix (right) is shrinking its ‘fun size’ bars from 23g to 20g

A spokeswoman for Upfield blamed the shrinking spread tubs on the rising cost of commodities, including raw ingredients which impacted on their supply and manufacturing costs.

She told The Grocer: ‘To continue providing consumers with affordable and quality products we have had to reduce the amount of spread in our 500g tubs to 450g to ensure a reasonable price point and have clearly stated this on pack.’

However, she said that the final selling point was ‘always at the discretion of each retailer’.

She added that in these ‘unprecedented times’ Upfield are ‘committed to limiting the impact of these tough times on consumers and will endeavour to provide the best value possible, whilst still remaining competitive’.

When asked for comment Tesco and Asda directed MailOnline to the statement made by Upfield.