Home » World News » Five European countries face new lockdowns in DAYS as Covid cases surge by 2MILLION in a week – but how does UK compare?

It comes as a report warned the continent could face an additional "300,000 deaths and one million people in hospital" if Covid restrictions aren't tightened further. 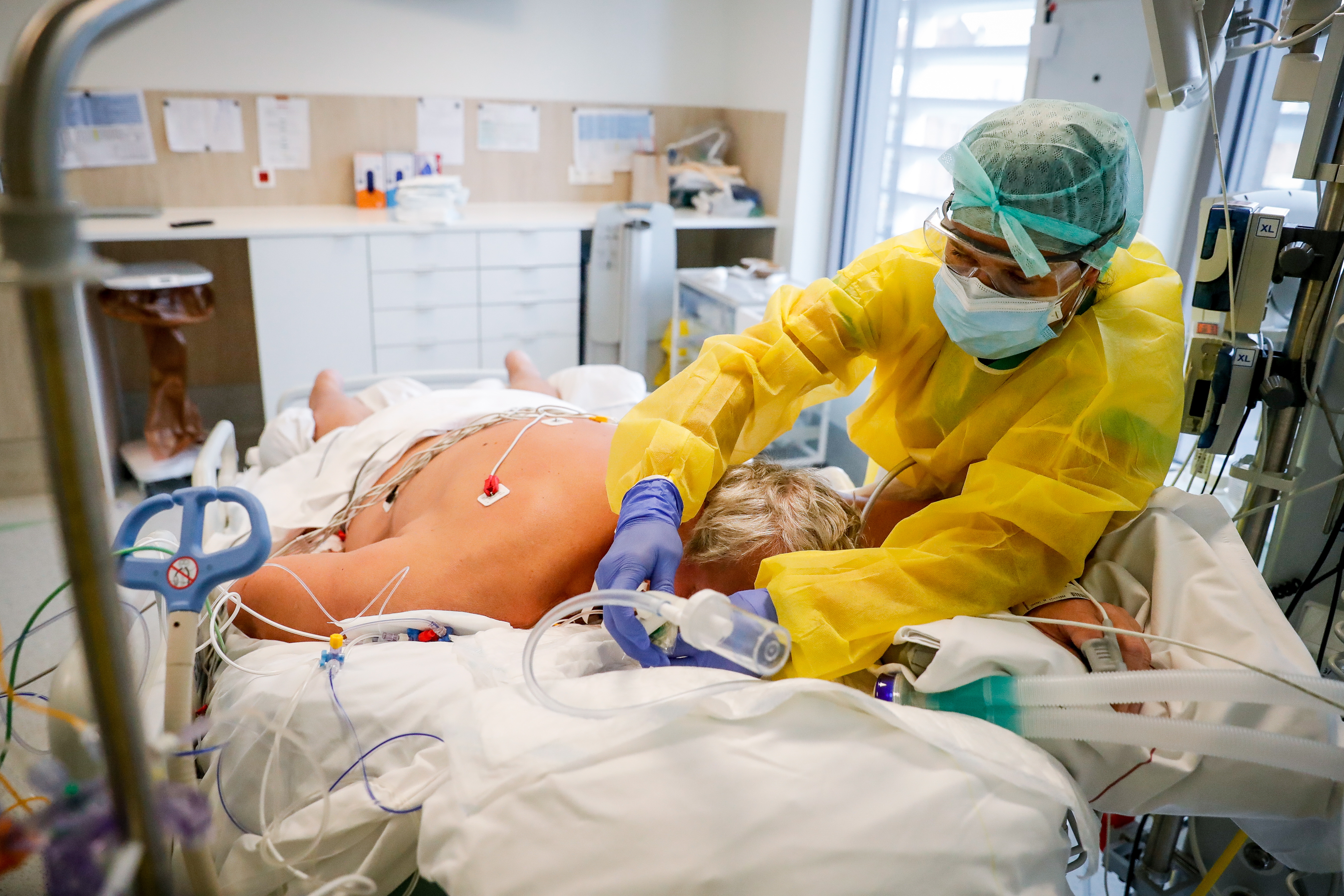 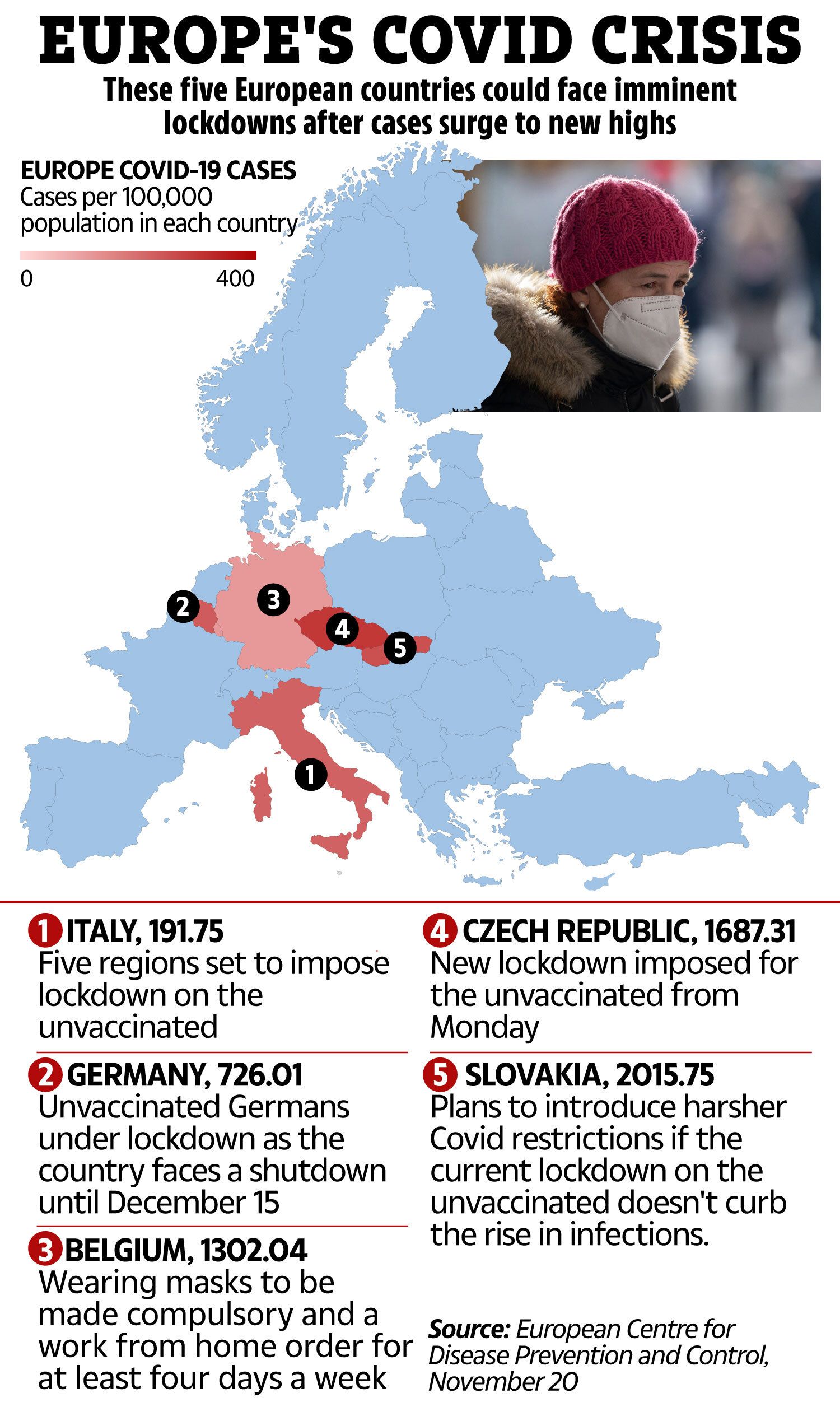 The London School of Hygiene and Tropical Medicine study – which is yet to be peer reviewed – warned that 280,000 people in Germany alone could end up in hospital if restrictions are completely lifted.

It comes as Austria plunges into a lockdown from Monday after the number of people with Covid in the past fortnight shot up to 1959.88 per 100,000.

Meanwhile, seven people were injured after Dutch police opened fire on anti-lockdown rioters who were protesting against the government's latest shutdown.

Hundreds of rioters descended on Rotterdam's shopping district, setting cars and bikes ablaze as they rallied against the latest three-week partial lockdown.

This comes as Europe accounted for more than half of the seven-day average of infections globally and at least half of the latest Covid deaths, according to a tally by Reuters.

The World Health Organization said it was the only region in the world where Covid-related deaths increased last week, leading Belgium's Prime Minister to say the continent was on "red alert".

As colder weather forces people indoors and Covid cases continue to rise, we look at five countries on course for more brutal lockdowns.

Five Italian governors are threating a lockdown on Italy's unvaccinated population after the country clocked a 28 per cent jump in new infections on Thursday.

Messimiliano Fedriga, governor of Friuli-Venezia Giulia in Italy's northeast, said: "Eventual new lockdowns should not have to be suffered by those who are vaccinated. Restrictions should only apply to those who are not immunized."

The governors of Tuscany, Calabria, Liguria and Piedmont have pledged to introduce similar measures.

Some 84 per cent of Italy's population is double-jabbed though seven million are still refusing to get vaccinated.

This small cohort of die-hard anti-vaxxers have rocked the capital with protests in recent weeks against the government's the Green Pass.

It comes as the country recently introduced a new law allowing transport staff to boot off anyone mid-journey appearing to show coronavirus symptoms, according to Euronews.

With the country's hospitals on the brink of collapse, a lockdown could soon come into force which would last until December 15.

In response, Merkel slapped fresh curbs on public life for unvaccinated people in areas where hospital beds are filling up fast with Covid patients.

This comes as the nation registered 65,371 new cases in a single day, confirming an upwards trend experts have been warning about for weeks.

Lothar Wieler, the head of the Robert Koch Institute, Germany's disease control agency, said: "We are currently heading toward a serious emergency. We are going to have a really terrible Christmas if we don't take countermeasures now."

Wieler also called for the closure of bars and clubs and an end to large-scale events.

Meanwhile, Bavaria cancelled its renowned Christmas markets and closed bars and night clubs on Friday after being the centre of the latest Covid outbreak.

Prime Minister Alexander De Croo announced that kids aged ten and above will now have to wear masks while people will have to work from home for at least four days a week from Saturday.

Belgians will also now be asked to mask-up outdoors if they haven't been jabbed or have proof of a health pass.

It comes as hospital admissions are rising at a rate of 30 per cent per week and have reached their highest level since May. More than a quarter are in ICU.

"All the alarm signals are red. Europe's map is quickly going red, and we are the same," Prime Minister De Croo said.

The Czech government announced additional new measures as cases soared to 22,479, eclipsing a record set on January 7 by almost 5,000.

The country's infection rate rose to a whopping 1687.31 per 100,000 of the population over the past fortnight.

Under new measures being introduced on Monday, unvaccinated people will not be allowed to attend public events or go to bars or restaurants.

Prime minister Eduard Heger signalled he was prepared to introduce harsher Covid restrictions if cases don't begin to drop soon in the next three weeks.

Heger said the country's hospitals were in a "critical" condition as he introduced new lockdown measures on unvaccinated people on Tuesday.

Those snubbing the jab will be banned from all non-essential stores, shopping malls, gyms, pools and hotels, nor will they be able to attend mass public gatherings like sports events.

It comes as the former Soviet stronghold reported 8,342 new infections on Wednesday, smashing the previous record of 7,244 set last Friday.

Meanwhile, latest figures showed that over 81 per cent of people in hospital because of Covid had not been fully vaccinated.

Slovakia has one of the lowest vaccination rates in the EU with only 45 per cent of its nearly 5.5 million citizens being double-jabbed.

To make matters worse, thousands ditched their masks and social distancing rules on Wednesday as they celebrated the anniversary of the 1989 anti-communist Velvet Revolution, using the event to protest against the government's incoming Covid restrictions.

Meanwhile, it's handed out 110.65 million jabs, according to Our World in Data, and double-jabbed 80.2 per cent of the population.

This week Boris Johnson said he saw no need to veer off "Plan A" of the government's response.

However, he acknowledged rising case loads in Europe could be a potential threat to the UK.

He said: "We don't see anything in the data at the moment to suggest that we need to go to Plan B.

"We're sticking with Plan A.

"But what we certainly have got to recognise is there is a storm of infection out there in parts of Europe." 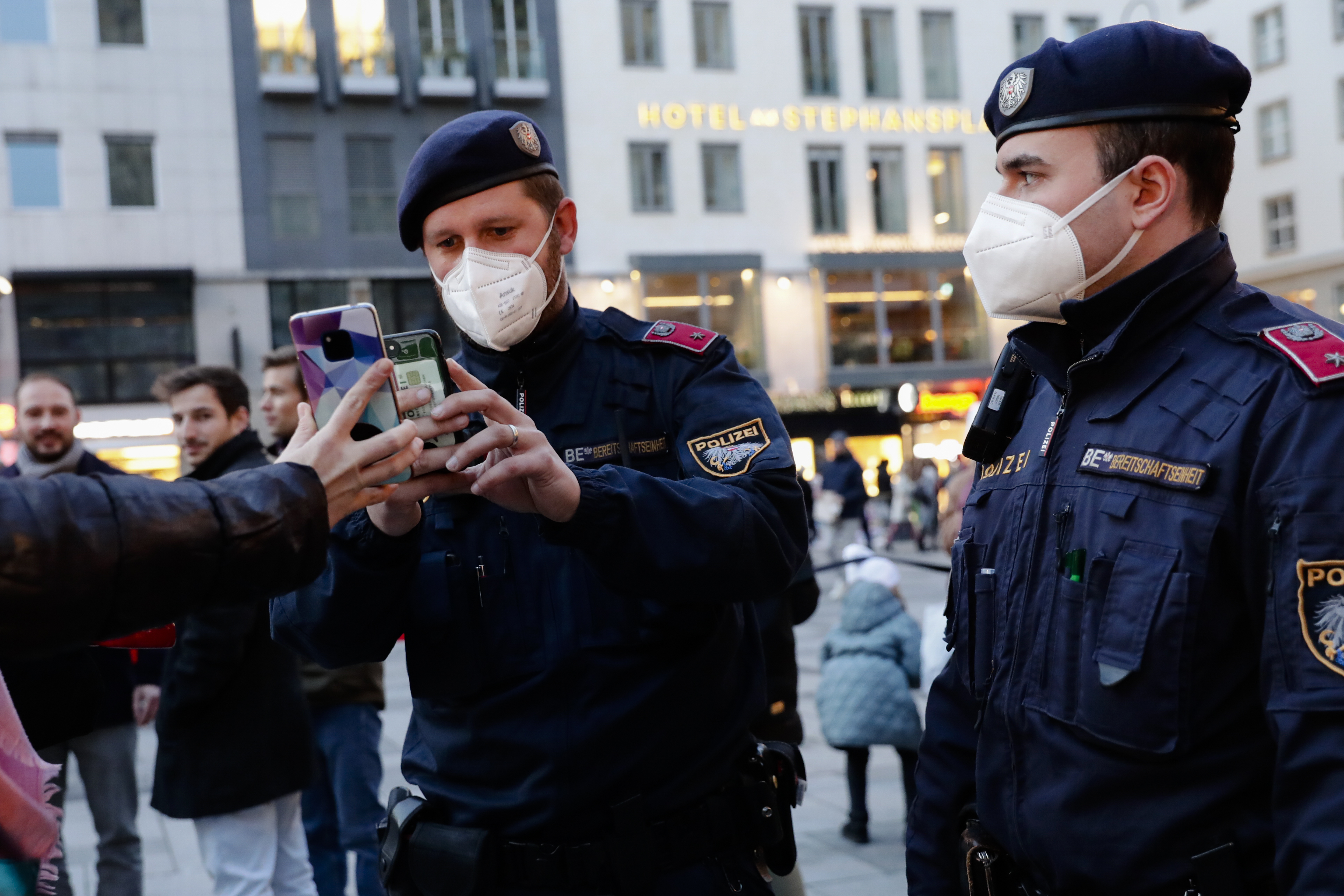 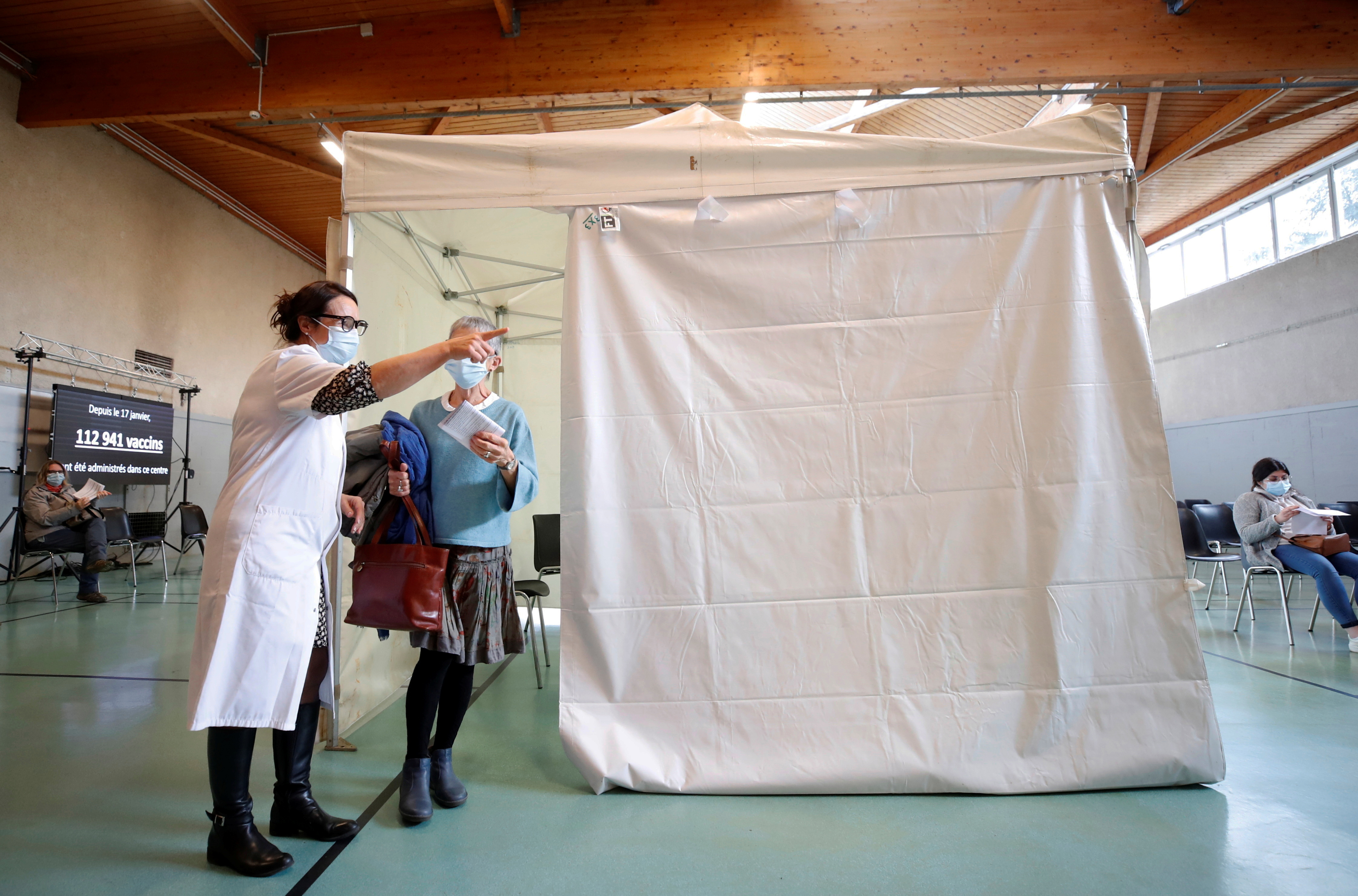 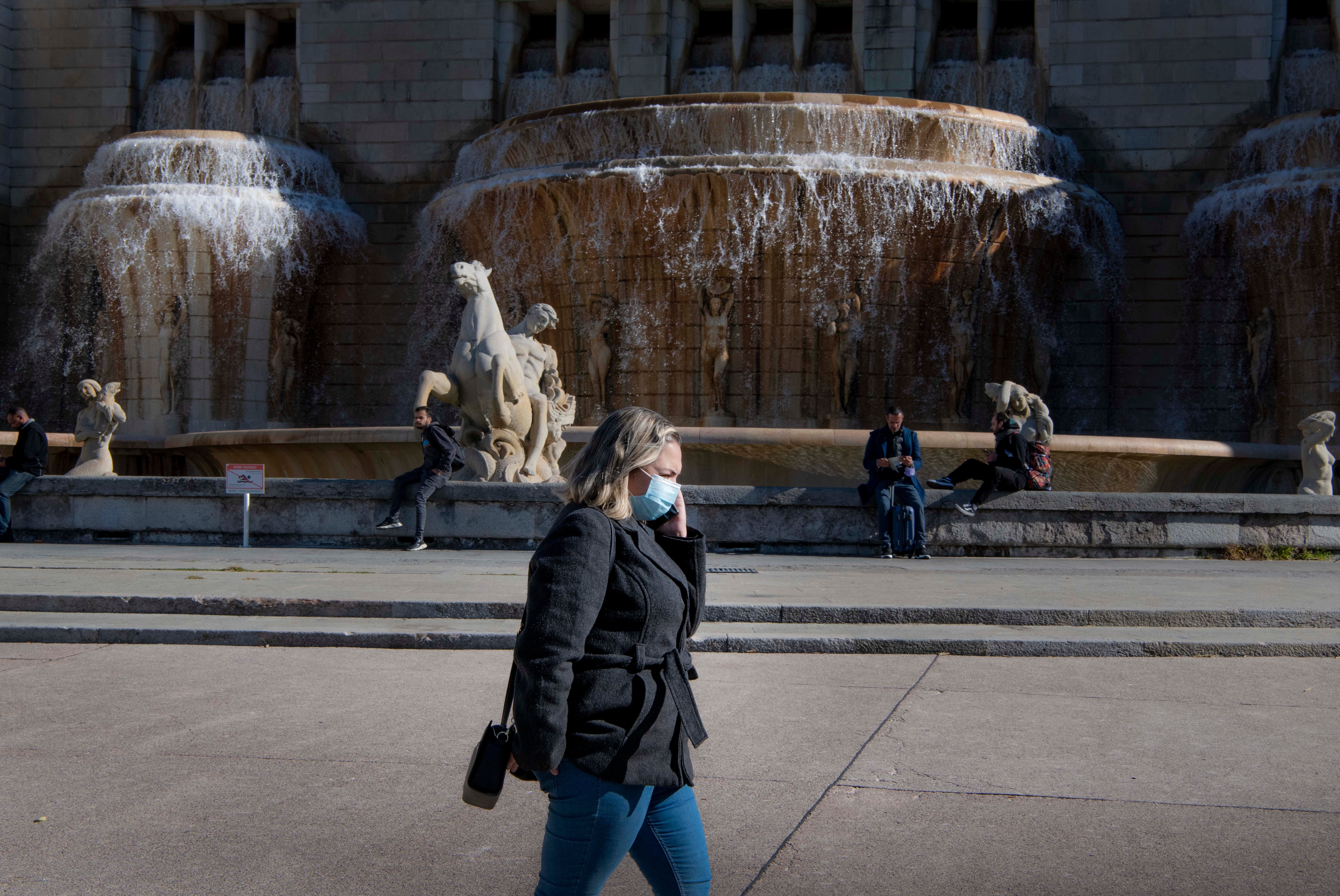