‘A good day for Europe’: Ukraine is made a candidate for EU membership sending a ‘very strong signal’ to Russia in the face of Putin’s invasion

Ukraine has been made a candidate for European Union membership in a bid to show support for the nation in the face of Russian invasion.

The move sets in motion a potentially years long process which could bind the nation, which applied for EU membership less than a week after Russia invaded on February 24, more closely to the West.

The decision by the leaders of the 27-nation bloc to grant candidate status was fast-tracked due to the urgency of the ongoing situation.

Candidate status was also granted to Moldova, which borders Ukraine.

Ukrainian President Volodymyr Zelenskyy tweeted his gratitude and declared: ‘Ukraine’s future is within the EU.’

‘It’s a victory. We have been waiting for 120 days and 30 years,’ he said on Instagram, referring to the duration of the war and the decades since Ukraine became independent upon the breakup of the Soviet Union. ‘And now we will defeat the enemy.’

France’s President Emmanuel Macron said the move sent a ‘very strong signal’ to the Kremlin that the EU backs the pro-Western aspirations of Ukraine.

‘We owe it to the Ukrainian people who are fighting to defend our values, their sovereignty, their territorial integrity,’ he said.

There was no immediate reaction from the Kremlin. 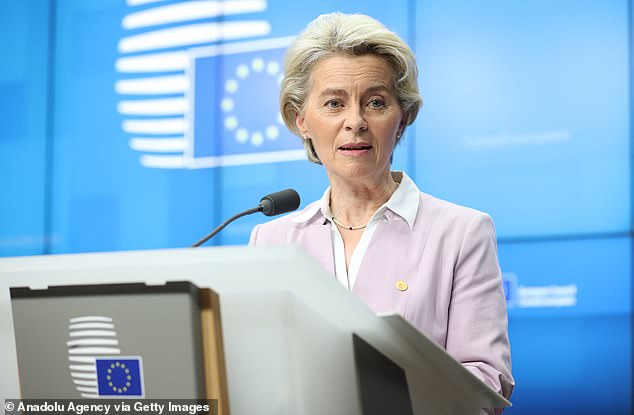 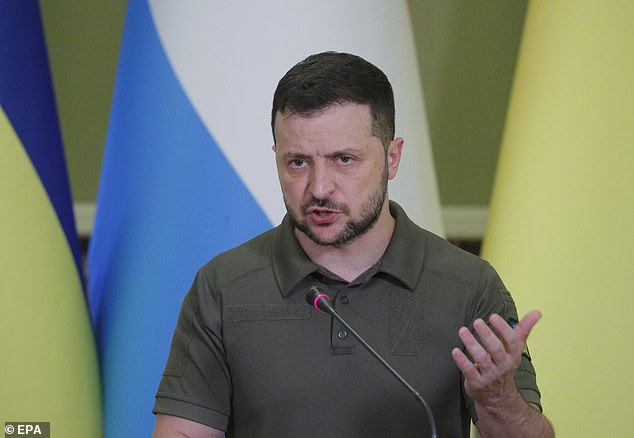 Ukrainian President Volodymyr Zelenskyy tweeted his gratitude and declared: ‘Ukraine’s future is within the EU’ 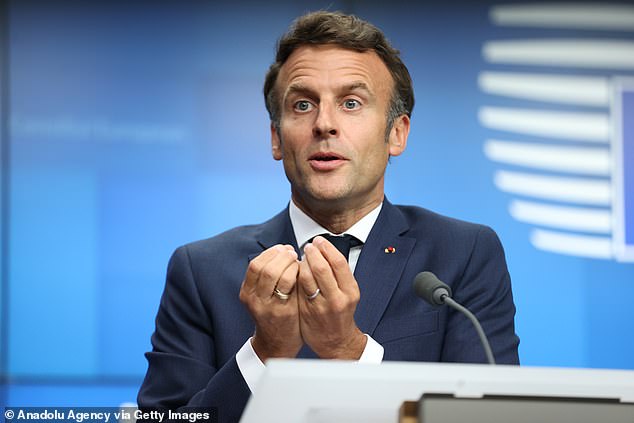 To gain membership, countries are required to meet several economic and politic conditions, which includes a commitment to the rule of law and other democratic principles.

Officials have said the country has already adopted around 70 per cent of the EU rules and standards, but have said there is a need for deep political and economic reforms in the country.

‘Considerable efforts will be needed, especially in the fight against corruption and the establishment of an effective rule of law,’ Belgian Prime Minister Alexander De Croo said.

‘But I am convinced that it is precisely the (postwar) reconstruction of Ukraine that will provide opportunities to take important steps forward.’

Previously, some countries which have been granted membership to the EU have waited several years for the process to be complete.

Turkey applied for membership in 1987 and only received candidate status in 1999.

The country had to wait a further six years until 2005 to start talks for actual entry. 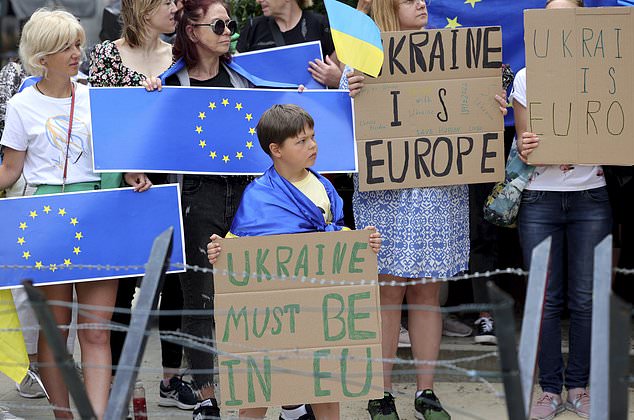 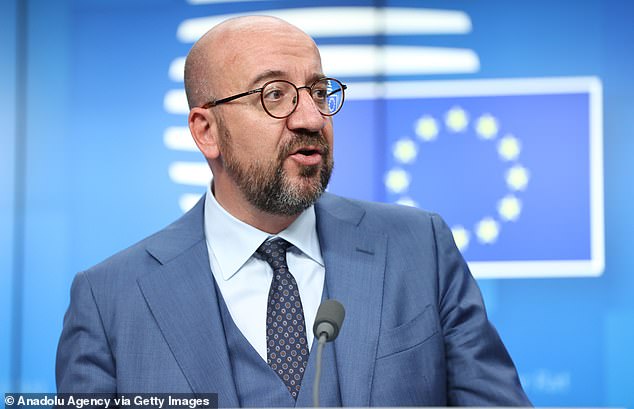 The EU’s leaders also agreed Thursday to recognize a ‘European perspective’ for yet another former Soviet republic, Georgia. European Council President Charles Michel said the EU will be ready to approve its candidate status once ‘outstanding priorities’ are addressed 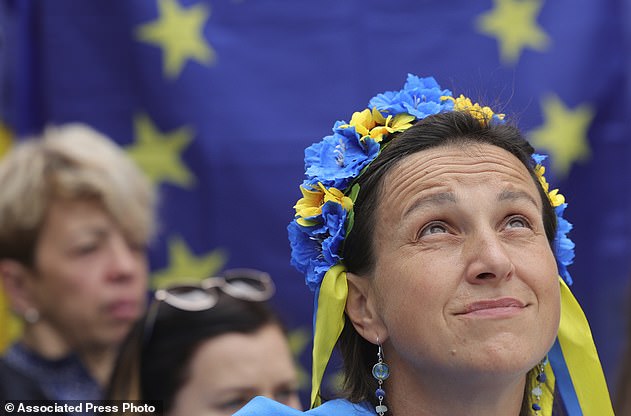 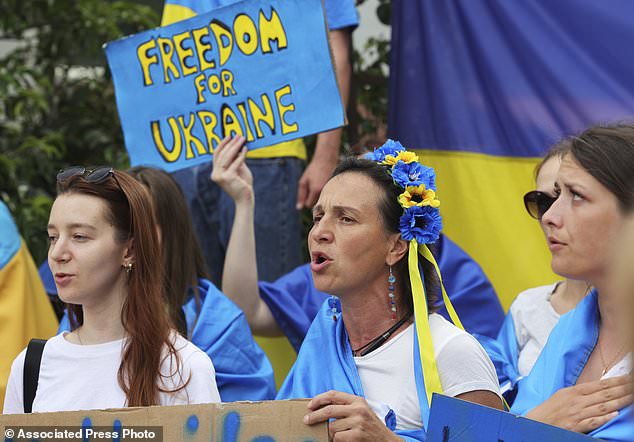 Only one of more than 30 negotiating ‘chapters’ has been completed in the years since and the process is now at a standstill as a result of various disputes between the EU and Turkey.

Several Balkan countries have also sought to join without success.

Diplomats predicted a positive outcome ahead of the EU summit in Brussels.

‘It is a decision for freedom and democracy and puts us on the right side of history.’

Candidate status does not give Ukraine an automatic right to join the EU and does not provide any immediate security.

But once a country becomes a member, it is covered under an EU treaty clause which states that other countries in the union are obligated to assist.

The main benefits of EU membership to Ukraine will be economic. By joining, it gains access to a market of 450 million consumers with free movement of labour, goods, services and capital.

Ukrainian President Volodymyr Zelensky said he had been conducting a ‘telephone marathon’ on his country’s behalf in the run-up to the meeting, making his case to 11 European leaders on Wednesday alone. 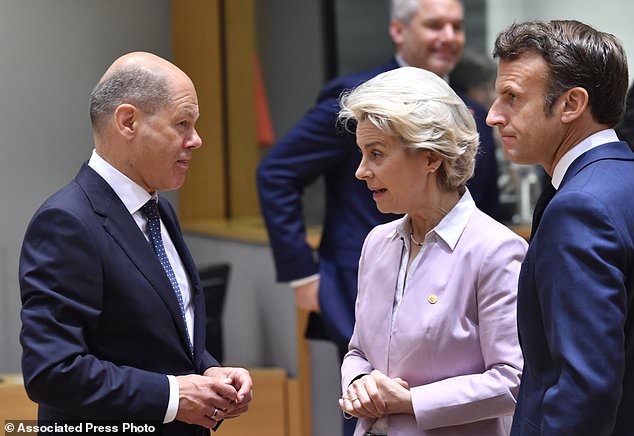 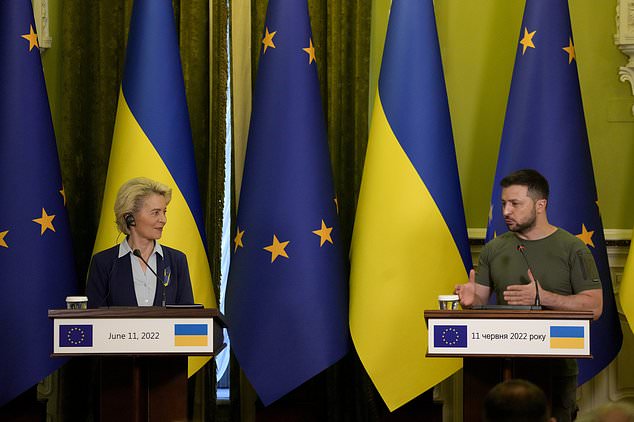 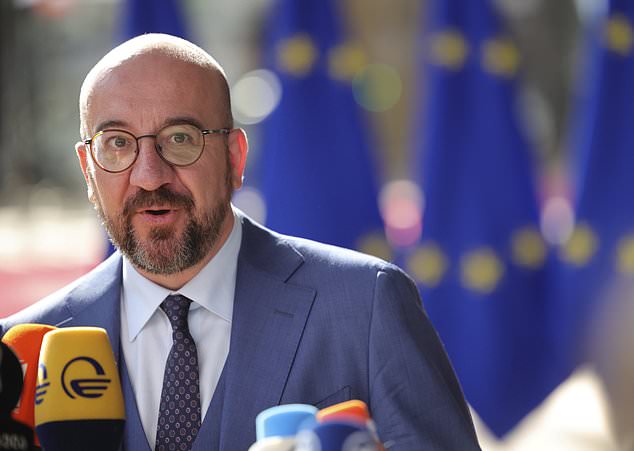 ‘We are preparing for the historic decision of the European Council. There are only a few hours remaining before it,’ he said in his daily address.

The EU nations have openly backed Ukraine in its fight against Russia’s invasion, supplying funds and weapons and adopting unprecedented economic sanctions against the Kremlin.

On the ground in eastern Ukraine’s Donbas, massive Russian bombardments are making life ‘hell’, Kyiv said Wednesday, while insisting its soldiers would hold on ‘as long as necessary’.

Moscow’s troops have been pummelling the battleground Lugansk region and the strategically important city of Severodonetsk for weeks and are slowly advancing, despite fierce resistance from the outgunned Ukrainian military.

With President Vladimir Putin’s forces tightening their grip on Severodonetsk, its twin city of Lysychansk – located just across the Donets river – is now coming under heavier bombardment.

Taking the two cities would give Moscow control of the whole of Lugansk, allowing Russia to press further into Donbas.

President Zelensky on Wednesday again pressed for the rapid supply of arms from Western allies, having earlier accused the Russian army of ‘brutal and cynical’ shelling in the eastern Kharkiv region, where the governor said 15 people had been killed in a day.

As Ukraine awaits the delivery of advanced rocket systems, a new report from the Institute for the Study of War suggests its use of drones, a key factor in early success against Russian forces, is increasingly being hampered by improvements to Moscow’s air-defence capabilities. 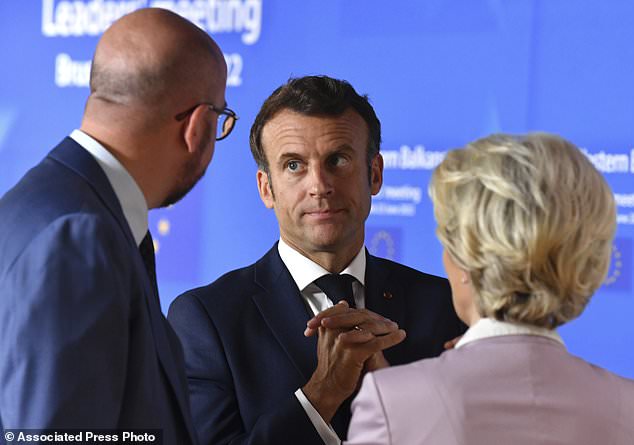 The EU nations have openly backed Ukraine in its fight against Russia’s invasion, supplying funds and weapons and adopting unprecedented economic sanctions against the Kremlin 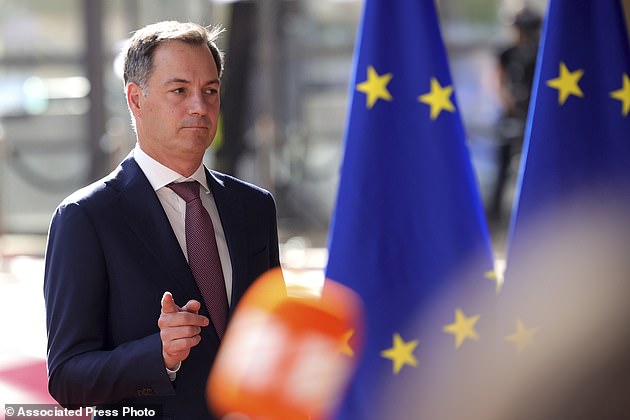 Away from the battlefield, a senior US official in Washington said President Joe Biden and other Group of Seven leaders holding a summit this weekend in Germany would announce new measures to punish Russia for the invasion.

Moscow this week summoned Brussels’ ambassador in a dispute with EU member Lithuania over the country’s restrictions on rail traffic to the Russian outpost of Kaliningrad.

The territory, annexed from Germany following World War II, is about 1,000 miles (1,600 kilometres) from Moscow, bordering Lithuania and Poland.

By blocking goods arriving from Russia, Lithuania says it is simply adhering to European Union-wide sanctions on Moscow.

The United States made clear its commitment to Lithuania as NATO ally, while Germany urged Russia not to ‘violate international law’ by retaliating.