The EU’s border chief has quit after a row with ‘pro-migrant politicians and NGOs’ who wanted to quash his attempts to strengthen the continent’s borders.

Fabrice Leggeri, 54, stepped down as head of Frontex, the bloc’s border control and coastguard agency.

Under his hardline management, it became the first uniformed EU agency with officers allowed to carry handguns paid for by the central budget.

His resignation letter stated: ‘It seems that the Frontex mandate on which I have been elected and renewed in June 2019 has silently but effectively been changed.’

It came on the same day as the results of a probe into alleged illegal pushbacks by border guards under his control of migrants who were trying to reach Europe. 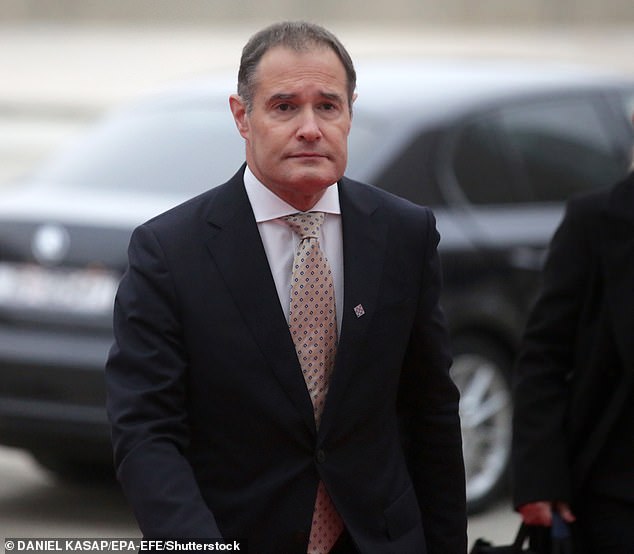 Fabrice Leggeri quit after a row with ‘pro-migrant politicians and NGOs’ who wanted to quash his attempts to strengthen the continent’s borders, it has been revealed 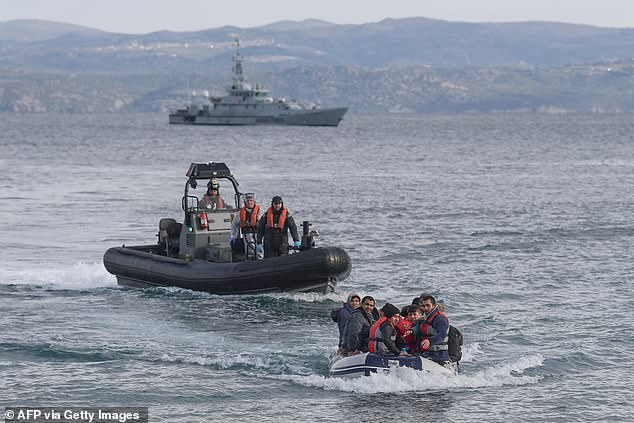 Investigations group Lighthouse Reports found Frontex had repelled at least 957 asylum seekers in the Aegean Sea between March 2020 and September 2021. Pictured: Afghan refugees off the coast of Lesbos

Pushbacks — forcing would-be refugees away from a border before they can reach a country and claim asylum — are considered violations of international refugee protection agreements.

The rules state that people should not be expelled or returned to a country where their life and safety might be in danger due to their race, religion, nationality or being members of a social or political group.

But investigations group Lighthouse Reports found Frontex had repelled at least 957 asylum seekers in the Aegean Sea between March 2020 and September 2021.

An official told Le Figaro: ‘We expected this resignation. The pressure of pro-migrant politicians and NGOs, who were leading the charge in Brussels against the Leggeri line, was too strong.’

The source also said ‘Brussels did not look kindly’ on Frontex which receives a budget of €758million. 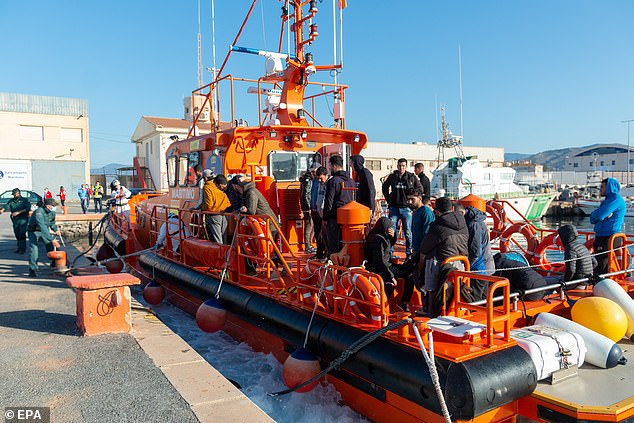 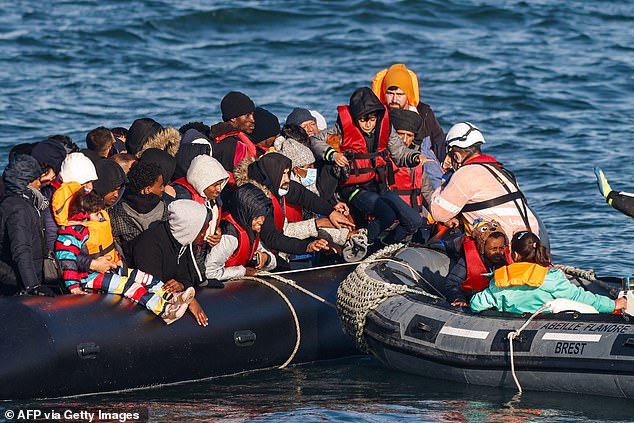 A group of migrants are seen off the coast of Boulogne-sur-Mer, northern France, on Monday

Leggeri, a Frenchman who had been under mounting pressure to resign for months, had a history of criticising pro-migrant NGOs and campaigners.

In 2017, he said charities trying to rescue migrants off Libya should ‘re-evaluate’ their work which was encouraging traffickers to take riskier routes.

A day before he left the post, a media report alleged that Frontex’s database recorded the illegal pushbacks as ‘prevention of departure’ incidents. Mr Leggeri had previously denied wrongdoing.

Last year, the EU’s anti-fraud watchdog, OLAF, opened an investigation into Frontex over allegations of harassment, misconduct and migrant pushbacks, which it closed recently.

It has not yet been made public but German MEP Erik Marquardt said it ‘reveals that Frontex’s management was aware of human rights violations and deliberately avoided reporting them’. 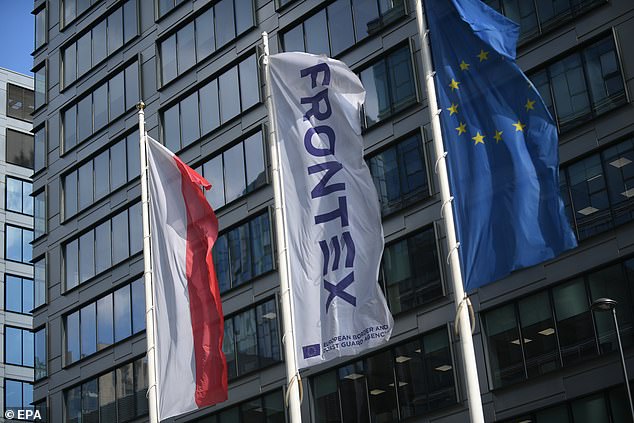 Leggeri had led Frontex since 2015, when well over a million people, many of them refugees fleeing war in Syria, entered the bloc

‘It offers the possibility of fully resolving the allegations, creating complete transparency and ensuring that all missions by Frontex occur in full conformity with European law,’ he said.

Leggeri had led Frontex since 2015, when well over a million people, many of them refugees fleeing war in Syria, entered the bloc.

According to a joint investigation this week by Lighthouse Reports, Der Spiegel, SRF Rundschau, Republik and Le Monde, Frontex has been involved in the pushbacks of at least 957 asylum-seekers in the Aegean Sea between March 2020 and September 2021.

In contrast, the European Court of Human Rights has held that undocumented migrants should be provided with information, care and have their asylum claims processed.

European lawmakers have asked for part of Frontex’s budget to be frozen until improvements are made, including setting up a mechanism for reporting serious incidents on the EU’s external borders and establishing a system for monitoring fundamental rights.

Birgit Sippel, a home affairs spokesperson for the Socialists and Democrats group at the European Parliament, called Leggeri’s departure ‘a long overdue development, after years of constant allegations of pushbacks and violations of human rights’.