Boris’s farewell hint of a comeback, citing Roman statesman Cincinnatus triggered a Twitter spat between Dame Mary Beard – who called him a dictator – and ex-mistress Petronella Wyatt who accused the classicist of getting it wrong: ‘Cincinnatus was not a dictator in the modern sense, and he did go back to his farm after being recalled to Rome to deal with a temporary emergency.’ 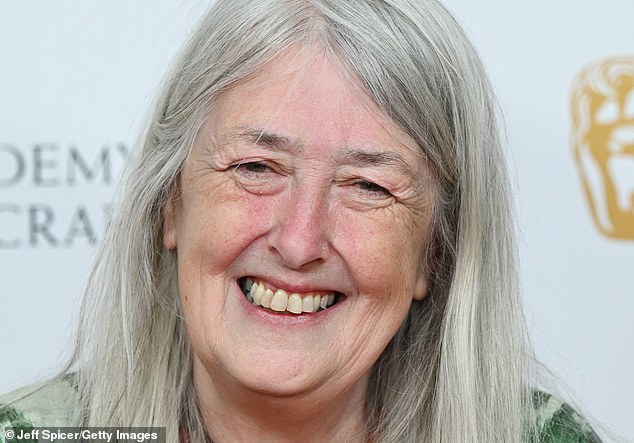 The Queen’s Balmoral drawing room farewell to Boris and anointing of new PM Liz went without a hitch, unlike the appointment of four privy counsellors in the same room in the Sixties.

‘They knelt on the wrong side of the room and [the cabinet secretary] Sir Edward Bridges had to indicate their mistake,’ recalls royal historian Hugo Vickers.

‘They proceeded to crawl across the room on their hands and knees, and in the process they knocked a book off the table and it had to be rescued by the Queen, who looked bloody furious. Later she revealed that she had been desperately trying not to laugh.’ 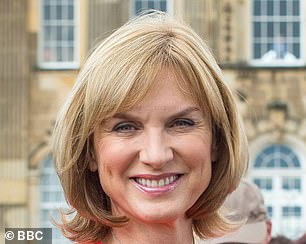 Fiona Bruce, pictured, is mocked by Frank Skinner for her Antiques Roadshow performances.

Accusing her of ‘a middle class filling in of silence’, he tells his podcast: ‘They’ll say, ‘That’s £10,000,’ and Fiona Bruce’ll say, ‘I don’t think I’ll be wearing that down to the fish ‘n’ chip shop!’ It gets enormous laughter from everyone around, and everyone thinks, ‘That’s it, life is okay’,’ adding: ‘Antiques Roadshow is the spiritual home of laughing at things that aren’t funny!’

And French reaction to the election of Liz? Quotidien, France’s hippest and most influential political TV show, replays her infamous ‘We import two thirds of our cheese’ conference clip. Cut to baffled host Yann Barthes: ‘Well, of course you do. Our cheese is better.’

‘We talked through my idea, had a drink in the bar. My column was due two or three days later. I opened the paper the next day, and Boris had written up my idea absolutely brilliantly. I’m sure he thought it was his idea. It was typically ruthless, brilliant, thoughtless.’

US showbusiness lawyer Bert Fields, who has died aged 93, offered a curious response when his client Mike Todd died in a 1958 plane crash. ‘From his point of view, it was a great time to die,’ he told Variety.

‘He had just won an Academy Award for Around The World In 80 Days, and he was married to Elizabeth Taylor, the most beautiful woman in the world. Boy, what a way to go out!’

Police launch murder probe after boy, 16, was stabbed to death