The R rate has remained stable in England at 0.8 to 1.

But Government officials have failed to agree on the figure for across the UK because case numbers are so low. 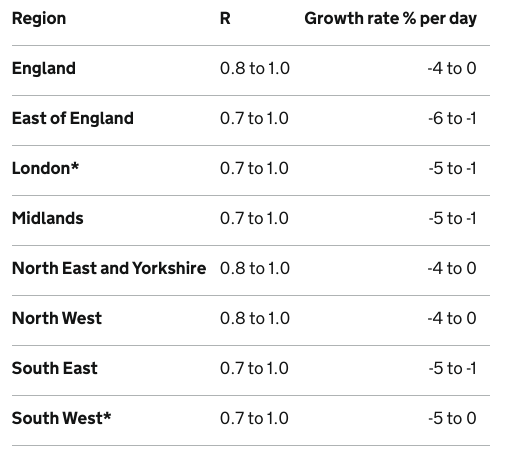 And it has remained relatively constant and below 1 since February 5, having peaked on January 15 at between 1.2 and 1.3.

On the Good Friday update, the Department of Health wrote: "No UK estimates for R and growth rate have been agreed by SAGE this week.

"Given the increasingly localised approach to managing the epidemic, particularly between nations, UK-level estimates are less meaningful than previously and may not accurately reflect the current picture of the epidemic."

The R rate reflects the outbreak with a slight lag, as it takes up to three weeks for changes in the spread of the disease to be clear.

Therefore the estimates today won’t account for any impact of the Rule of 6, which came into force in England on Monday.

The R represents the number of people an infected person will pass Covid on to, meaning currently, every patient is passing the virus onto less than one other person.

The number can be suppressed by limiting social contacts which is why lockdowns have been used.

But as society opens back up, it will undoubtedly rise as people socialise with more friends and family, increasing the risk of Covid spread.

However with the triumph of vaccines, cases should remain low overall.

The R values, given every week by the Government group Sage, are shown as a range, which means the true R rate in England most likely lies somewhere between 0.8 and the crucial 1.

Looking at the R rate on a regional basis, the North East and Yorkshire and North West have the highest R rate, between 0.8 and 1.

The latest growth rate for England is between -4 per cent and 0 per cent, which means the number of new infections is shrinking by between 0 and four per cent every day.

The R rate is one of the key measures that ministers and scientific advisers look at when deciding if it is safe to move into the next phase of lockdown easing.

Case numbers, hospitalisations and deaths – all of which have drastically come down – are also key parts of the puzzle.

For example, infection surveys show cases are still coming down, albeit at a slower pace than before. 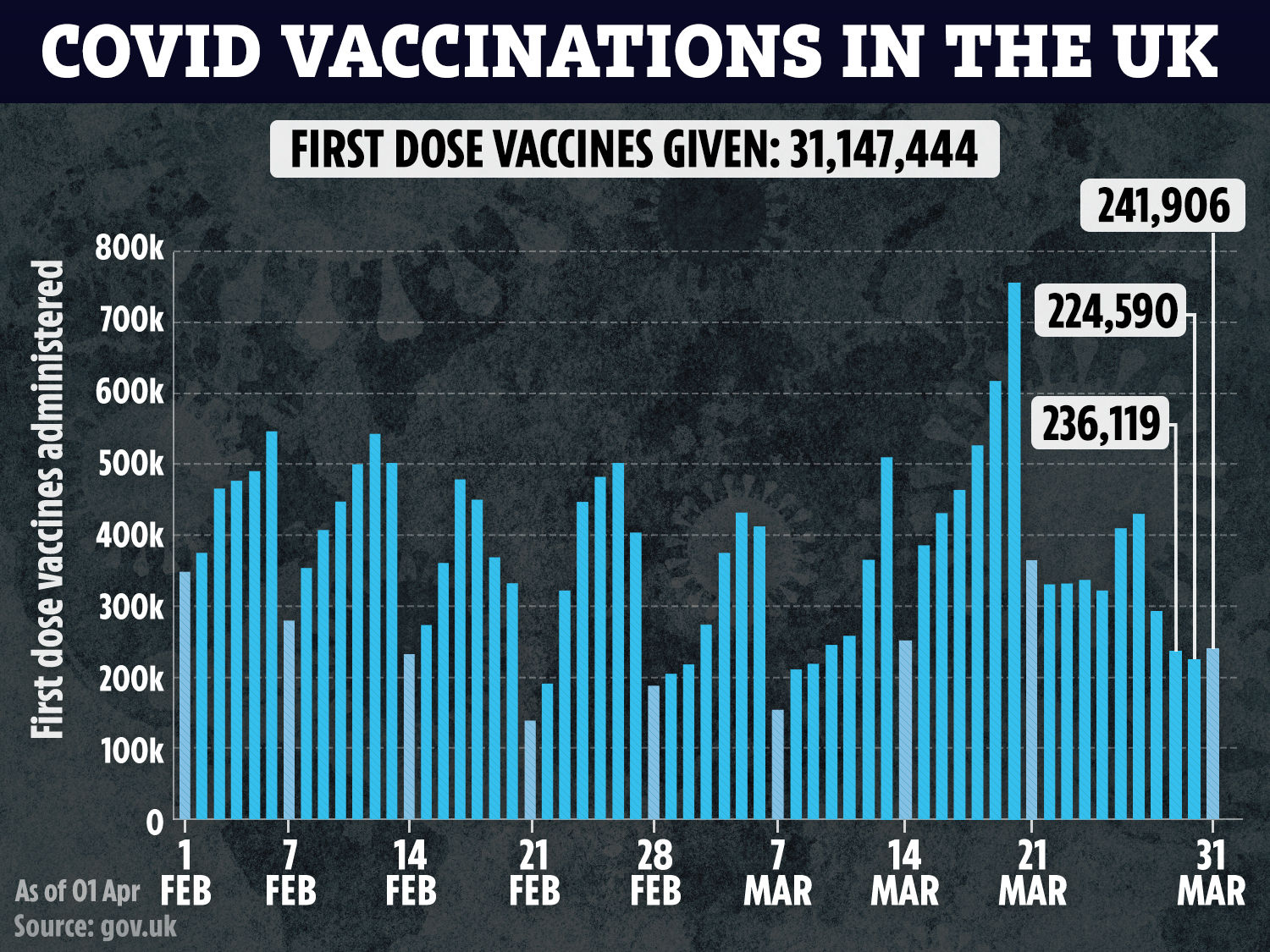 In more positive news, the vaccine programme – another indicator of how to exit lockdown – is close to reaching a new record.

Close to five million people have been given the second dose of a jab, meaning they have the optimal protection against Covid.

Despite positive data, the British Medical Association (BMA) has urged people to stick to lockdown rules during the Easter period.

Large crowds have been seen gathering in beauty spots in England since outdoor social distancing rules were relaxed on Monday, while Scotland’s stay at home order has been lifted as of Friday morning.

Dr Richard Jarvis, co-chair of the BMA public health medicine committee, said: “After a year of lockdowns it is only natural that people will want to spend time with friends and family as they enjoy the Easter holiday period.

“While case rates have fallen, they still remain too high, especially in younger age groups which are yet to be vaccinated, for us to not follow the rules.

“No one should let down their guard.” 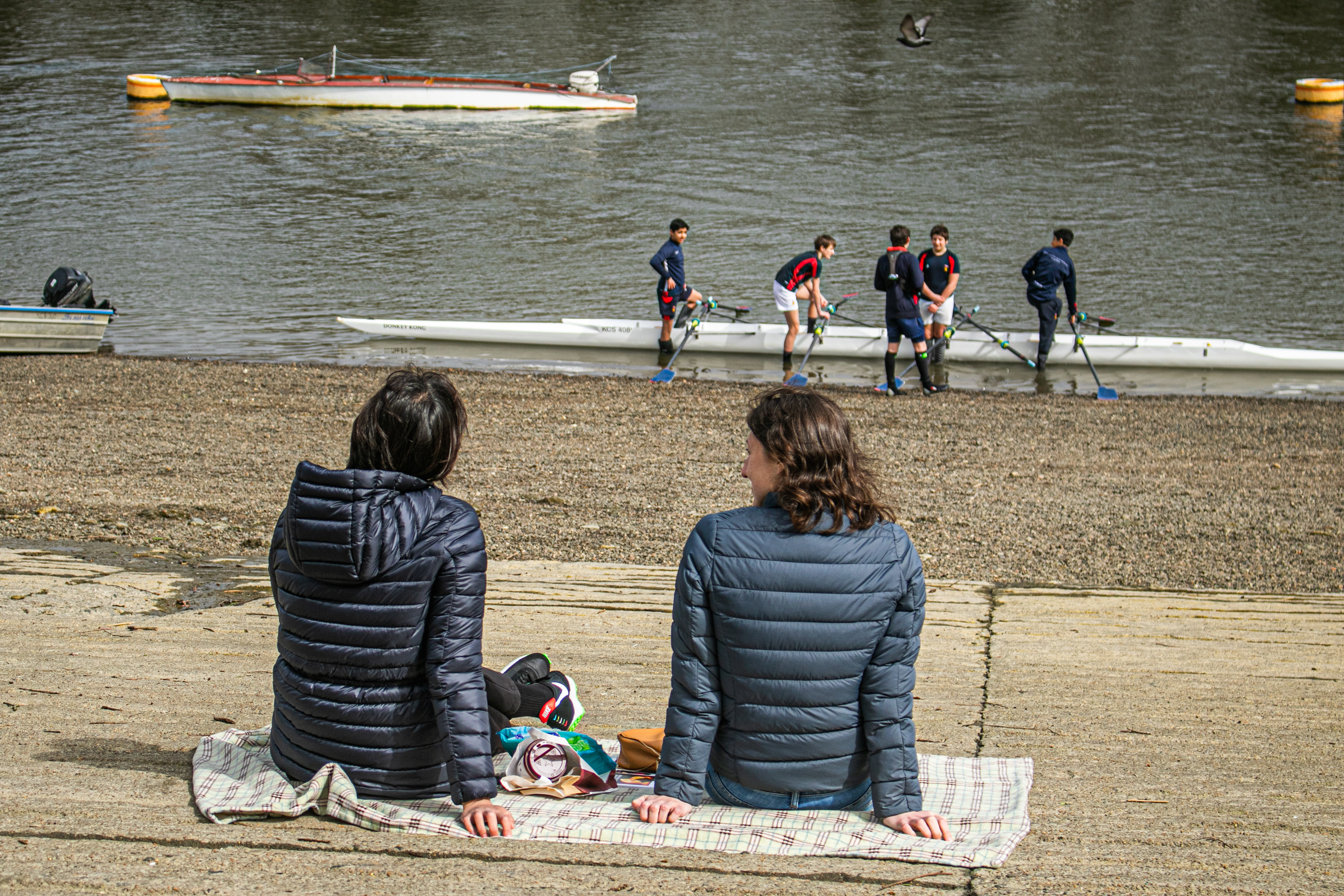 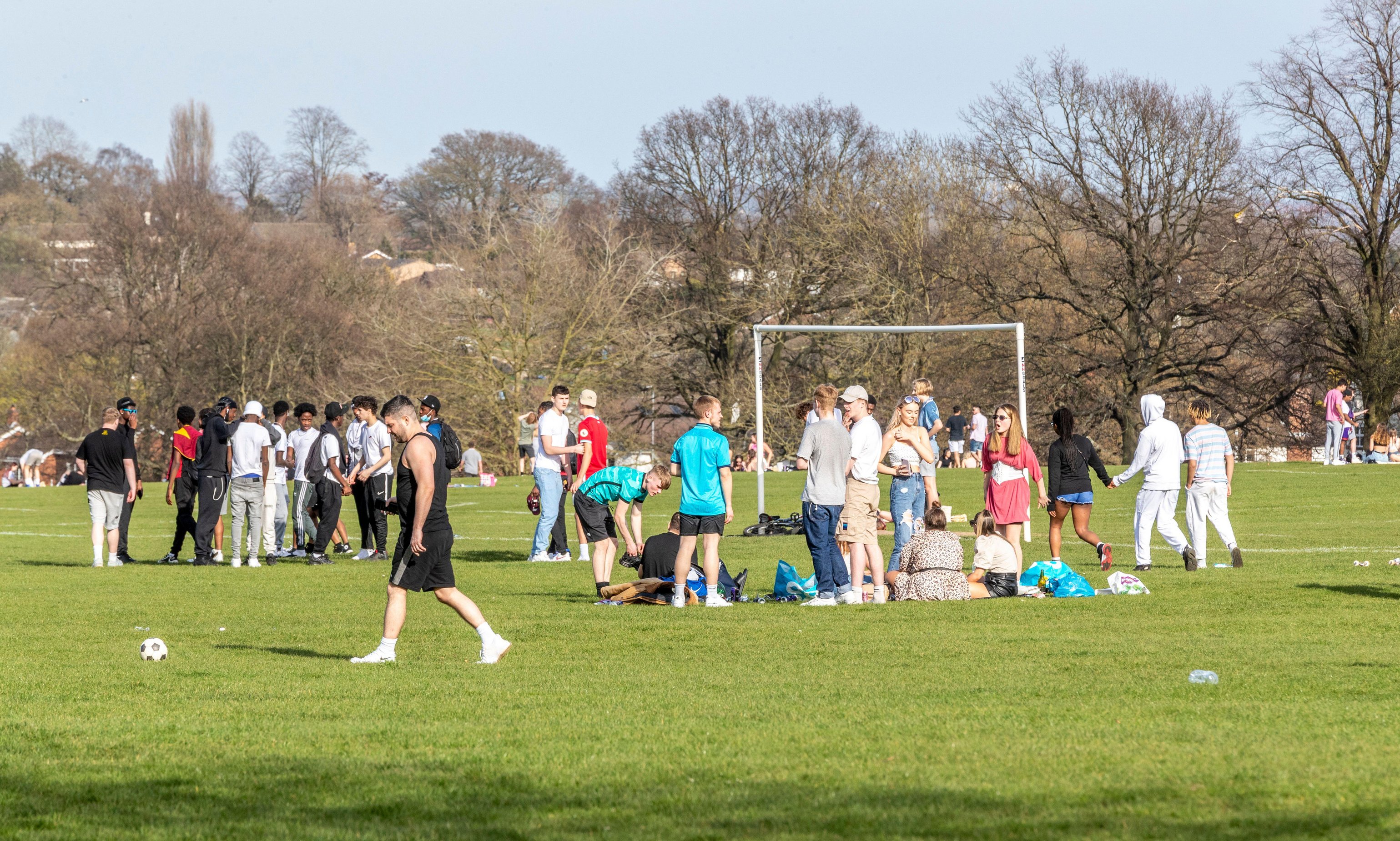 It will be some time before data is collected on the impact of vaccinating those in their 50s, and the rule of six.

But Brits will be looking ahead to April 12, when the next set of restrictions are supposed to ease and pubs, barbers and shops can open up.

And from no earlier than May 17 most social contact rules outside will be lifted, although gatherings of more than 30 will remain illegal, and indoor hospitality can open.

But a sombre tone has been cast upon the plans to exit lockdown amid discussions over “vaccine passports”.

The Prime Minister has said a passport – showing whether someone has antibodies or a negative Covid test – “will be useful for us as we go forward”.

Boris Johnson could update the country on the progress of vaccine passport plans as soon as Monday, when he is expected to report the results of a study led by Michael Gove.

Theatres and stadiums could be the first to pilot the scheme before being expanded to restaurants and pubs, according to the Daily Mail.

Culture Secretary Oliver Dowden said that coronavirus certificates could be a way of getting people back to “doing the things they love”.

But the idea has been met with intense scrutiny from Labour as well as Tory MPs.

The PM has suggested venues like pubs will be able to decide if they want to use a passport scheme.

Emma McClarkin, chief executive of the British Beer and Pub Association, said passports could “scupper things” for boozers by adding another burden.