Wreck-it Man! Elton John loses council battle to demolish makeshift castle for his two donkeys on his Windsor estate and build a music studio in its place

Sir Elton John has lost a battle with council bosses to demolish a makeshift castle for his two donkeys and build a music studio in its place.

The Rocket Man singer, 72, had the £20,000 makeshift castle – complete with drawbridge – built at his luxury estate in Old Windsor, Berkshire in 1993.

But Sir Elton had wanted to transform the site, designed to look like Windsor Castle, into a music studio leaving his four-legged friends homeless. 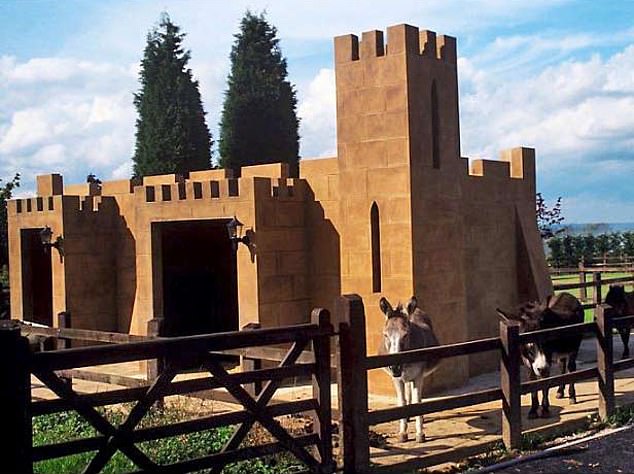 The star, 72, had the stable folly – constructed to look like Windsor Castle – built for donkeys and ponies in the late 1980s

He filed a lawfulness certificate earlier this year for the proposed new building to Royal Borough of Maidenhead and Windsor Council.

This would mean the building wouldn’t require planning permission and Sir Elton’s neighbours wouldn’t have to be notified of the plan. 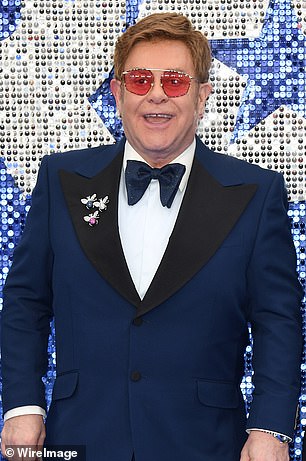 But, council officers have now refused his bid and told the rock star that it requires full planning permission.

In a decision notice, Jenifer Jackson, head of planning at the council, said: ‘The proposed outbuilding is not automatically granted planning permission.

‘This is because the proposal fails to comply since the building would be sited in front of the principal elevation of the dwelling house.

‘It would also exceed three metres in height.’

The decision also found that the size and use of the building had not been justified in the application form.

He has spent a fortune building it up. It includes three lakes, a swimming pool, a movie theatre and Victorian-style gardens with fountains. Other additions include a pair of £12,000 railway carriages and a 50-foot model dinosaur.

Before he’s able to start building his recording studio, the veteran singer-songwriter will now have to apply for planning permission and consult with his neighbours.

Britain's roads could be deserted during festive break