Rock and rural! Amazing image shows a 15-year-old Ed Sheeran performing in the back of a lorry parked in a field… to an audience of one toddler

Standing on a lorry as he plays to a tiny audience of one, it’s safe to say this glum young musician would soon have reasons to be cheerful.

Ed Sheeran shared this photograph of his 15-year-old self performing at a Suffolk village gig ahead of his homecoming shows in Ipswich this August.

The image, which shows Sheeran singing to a single toddler in an early afternoon slot at a local festival in Swilland in 2006, is a far cry from the pop star’s sell-out run of shows at a 65,000-capacity stadium in Lisbon earlier this month.

The early picture of the singer, now aged 28 and worth £86million, will feature in a ‘welcome home’ exhibition curated by his father John to be staged in Ipswich this summer. 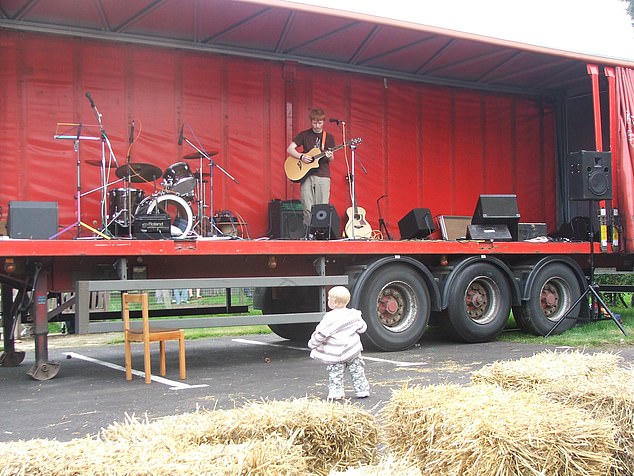 This Day in History: Oct. 8