A company boss who raced his colleague through the streets faces jail after an eight-year-old boy was killed as he played tag with a friend.

Safiullah Asif was hit by a BMW in a residential street in Ashton-under-Lyne while he played with another child. The BMW was being driven by 36-year-old Kevin Jones.

His work colleague Thomas McGrath, 24, had been in front of Jones in his VW Polo just before the fatal collision and had missed Safiullah ‘by chance’, a trial at Bolton Crown Court heard.

‘The way in which [McGrath] drove influenced the car behind to drive in a similar way,’ prosecutor Neil Fryman told the court. ‘Mr Jones in the car behind is chasing the defendant.’ 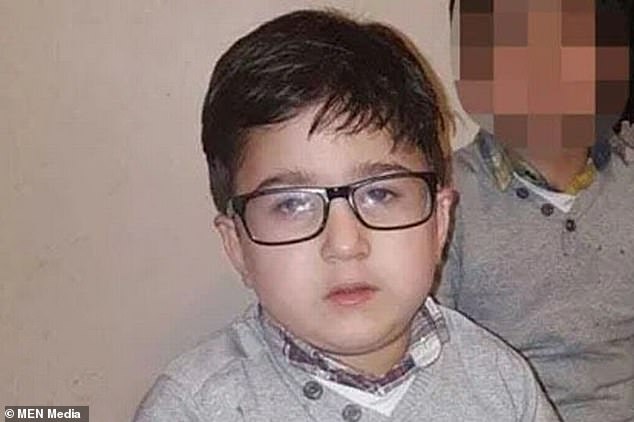 Safiullah Latif Asif, who died after the catastrophic injuries after the crash near to his home 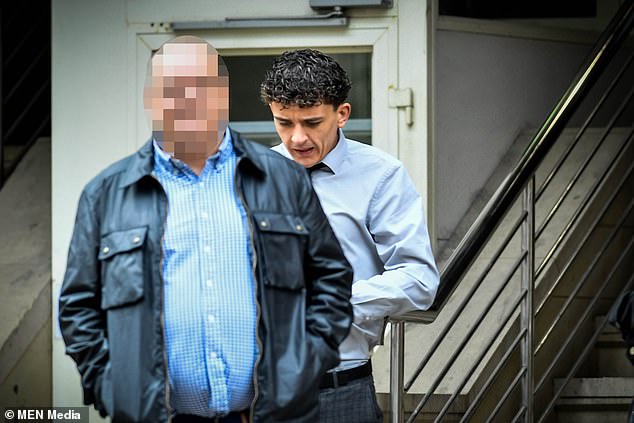 Thomas McGrath (pictured), 24, told a jury there was no ‘agreement’ or ‘encouragement’ on his part to race with Kevin Jones after they finished work

Now, following a trial, McGrath has been found guilty of the same offence.

The court heard that McGrath, who at the time was working for Debt Clear, a financial and insolvency services firm, finished his shift at around 8pm on the night of the collision. Both he and Jones were seen on footage, played to the jury, lined up at the edge of Charges Street in their cars, a short distance from their workplace.

Prosecutor Neil Fryman described it as the start of a ‘race’, as CCTV showed them speeding at an estimated 45mph down Ryecroft Street, a 20mph zone. Shortly before 8.15pm, McGrath’s Volkswagen Polo flew past the two boys playing in the street. 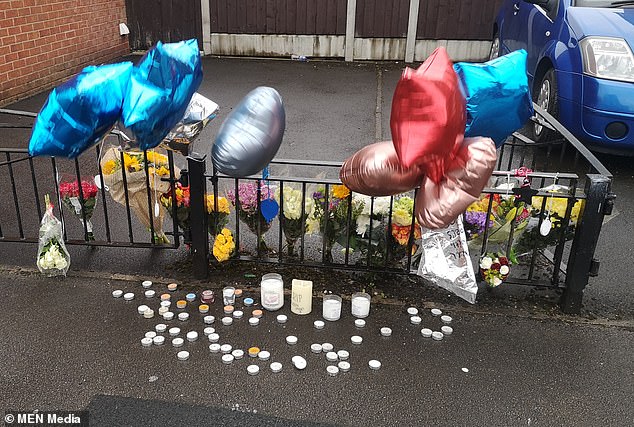 Floral tributes to Safiullah Asif, eight, who died on July 24, 2020, one day after being struck by a car in Ashton-under-Lyne, Greater Manchester

About one second later, Safiullah stepped out in front of Jones’ BMW, the court was told. Safiullah was hit and suffered multiple bleeds to the brain and fractures, but died the following evening.

McGrath, who now runs his own business in private medical insurance and mortgage protection services, was not involved in the collision and drove away from the scene. He said he heard a ‘loud bang’ and turned back, where he saw Jones had crashed into a parked car and a young boy lying on the ground.

But McGrath said it was ‘not his business’ and claimed he had nothing to do with the collision. Giving evidence, he denied there was any ‘agreement’ or ‘encouragement’ on his part to race with Jones.

Moving tributes were paid to Safiullah following his death.

Rachael Finnigan, whose son Riley was best friends with Safiullah, organised a balloon release in his memory. ‘Safiullah would always come out of school with a smile on his face,’ she told the M.E.N. at the time.

‘My son always told me the things that he had done to make him laugh and smile. He was such a bright, happy little boy and he was very popular in school.’

Neighbours said Safiullah’s death had left the community in shock. One said: ‘He was a very nice boy. Calm but cute and sweet.’