Drinkers downed 15million fewer pints in run-up to Christmas as city centre pubs lost out on £9,300 beer and cider sales each in Omicron panic

Britain’s pubs sold 15 million fewer pints in the last two weeks of 2021 compared to the year before, new figures reveal.

As drinkers stayed at home over Christmas and New Year the average pub lost around £4,300 in sales of beer and cider alone during what would normall`y have been a bumper time for takings.

Things were even worse in the city centres with pubs losing £9,297.29.

The figures, from analysts The Oxford Partnership, showed pubs in London lost out by up to £11,000 as office workers cancelled end of year parties and drinks evenings. 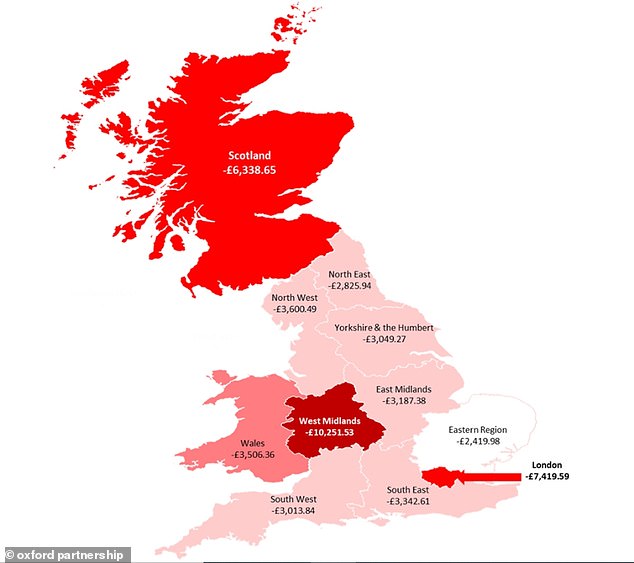 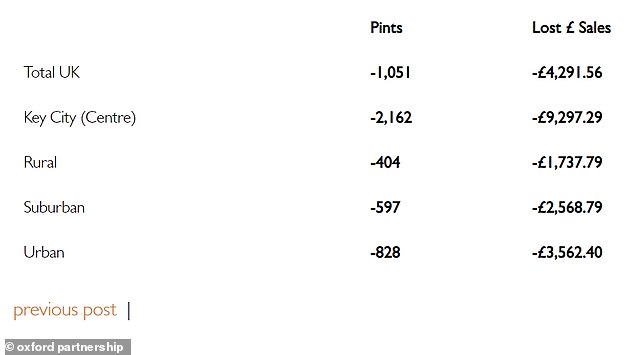 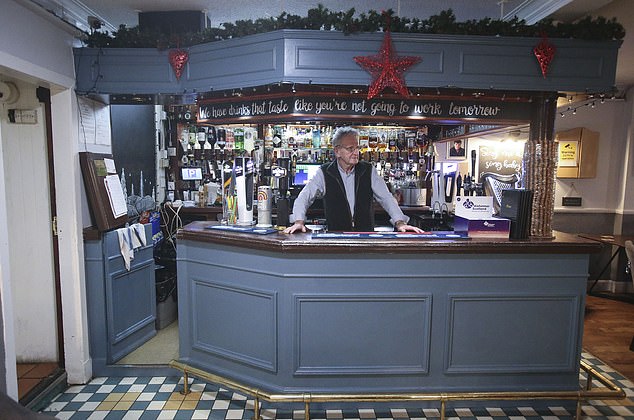 Other statistics just released suggest the fear of omicron was worse for other venues in the hospitality industry such as restaurants and hotels.

They were hit with the perfect storm of mass cancellations of office parties and other group bookings for meals and accommodation.

While the Oxford Partnership figures just covers pubs and beer sales, data from the trade body UKHospitality (UKH) showed Christmas Day takings were down by 60 per cent on 2019, the last ‘normal’ festive season. 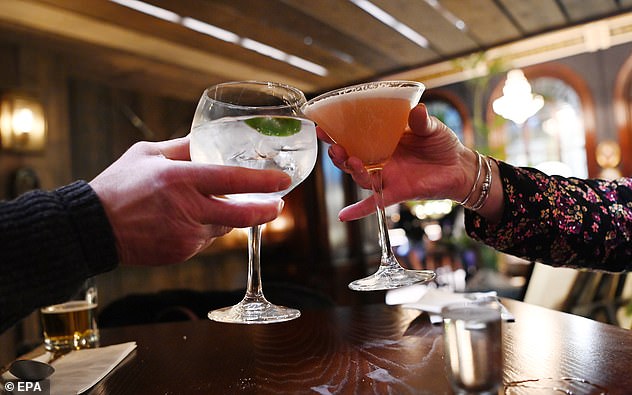 As drinkers stayed at home over Christmas and New Year the average pub lost around £4,300 in sales

Restaurant group Tasty has said December trading was ‘considerably weaker’ amid the spread of Omicron.

The London-listed business, which runs the Wildwood chain of restaurants, told investors that sales for the month – which is typically the strongest period for the company – were ‘disappointing’.

It highlighted that rising rates of the Omicron variant of Covid-19 and ‘in particular the reinstatement of working from home advice by the UK Government’ significantly dragged on customer numbers.

It said the guidance ‘specifically deterred the larger Christmas bookings’ it had hoped to see following a period of positive momentum.

‘As a consequence, trading for the peak December trading period was considerably weaker than anticipated,’ it said in a statement.

‘The company confirms that its restaurants have so far remained open with only isolated Covid-19 related disruptions to date and is currently trading from 50 restaurants out of a total estate of 54.’

The four restaurants which have remained closed due to predicted poor trading conditions in their areas and labour shortages are expected to reopen later in the year.

In the week leading up to Christmas, traditionally one of the busiest times of the year, the average pub, restaurant and bar saw takings fall by £10,335 compared to the same period in 2019.

Up until the omicron variant began to affect sales, takings were back to around 98 per cent of 2019’s figures, said UKH chief executive, Kate Nicholls.

She said: ‘Hospitality businesses have been hit hard during a key trading period and this is after missing out on the crucial Christmas and New Year sales last year.’

She called on the government to keep any restrictions ‘to a minimum’ and for as short a time as possible as well as continuing to keep VAT at 12.5 per cent rather than the normal 20 per cent for the sector as a whole.

It is not just bad news for publicans, bar owners and big name chains.

Hospitality creates £130 billion towards the economy as a whole, represents 10 per cent of UK employers, five per cent of GDP and generates £39 billion a year in tax, added the UKH report.

Nicholls added: ‘Further support will also be needed should additional restrictions be imposed or the tougher measures in Scotland and Wales be retained into 2022.’

Alison Jordan, chief executive of Oxford Partnership, commented: ‘The industry has warned of a new round of venue closures in the New Year, with the early December lack of clarity between government restrictions and the impact of Omicron taking its toll on the industry.

‘We have seen innovation, resolve and unsurpassed customer service in the sector to ensure safety.

‘Through a lack of understanding of these measures, consumers remain overly cautious.’

Who are the Rochester cops involved in Daniel Prude’s death?