Dramatic moment paddleboarder, 17, is rescued by the RNLI off the Welsh coast after making harrowing 999 call to say he was ‘drowning’ and adrift a quarter of a mile out to sea

This is the harrowing moment a teenager who was lost at sea after falling from his paddleboard made a desperate 999 call and said: ‘I’m going to drown!’

Alfie, 17, was separated from his paddleboard in rough waters and began struggling in the waves near Pwllheli in north Wales.

But his life was saved thanks to his decision to carry his mobile phone with him in a waterproof pouch in his wetsuit.

Alfie was able to dial 999 for help and ask for the coastguard – and a rescue helicopter plucked him from the choppy waters.

His harrowing call was released by the RNLI to warn other paddleboarders of the dangers out at sea.

The call handler says: ‘What’s the issue? What’s the problem? Are you on a paddleboard or a kayak or what are you doing at the moment?’

Alfie: ‘Right, I had a paddleboard, but now I’m drowning.’

Through the rest of the call Alfie cried out in panic but the call handler calmly tells him: ‘Don’t panic Alfie. Just stay on your back, stay awake and keep your mouth shut.’

At one point Alfie says: ‘I’m going to drown.’

But the handler tells him: ‘You’re not going to drown Alfie.’ 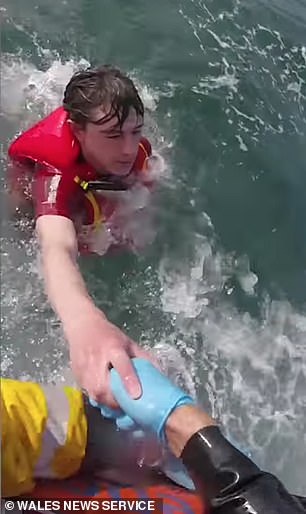 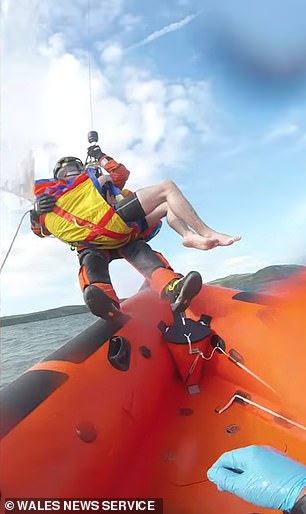 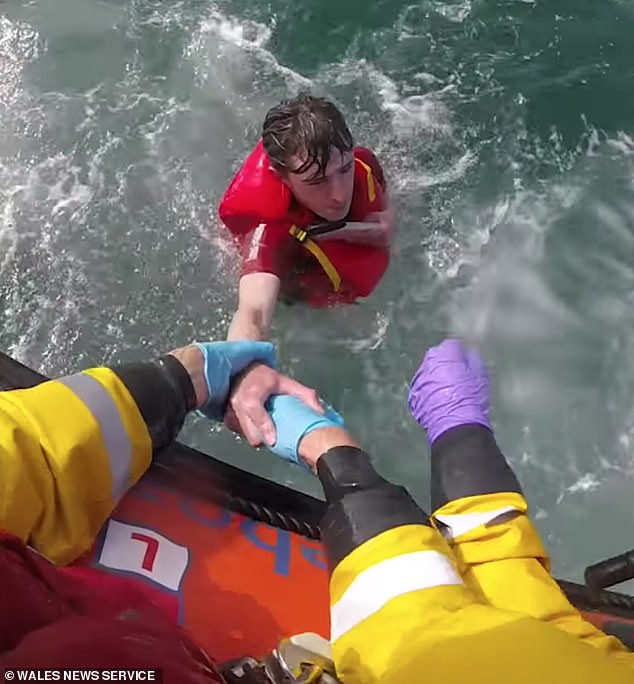 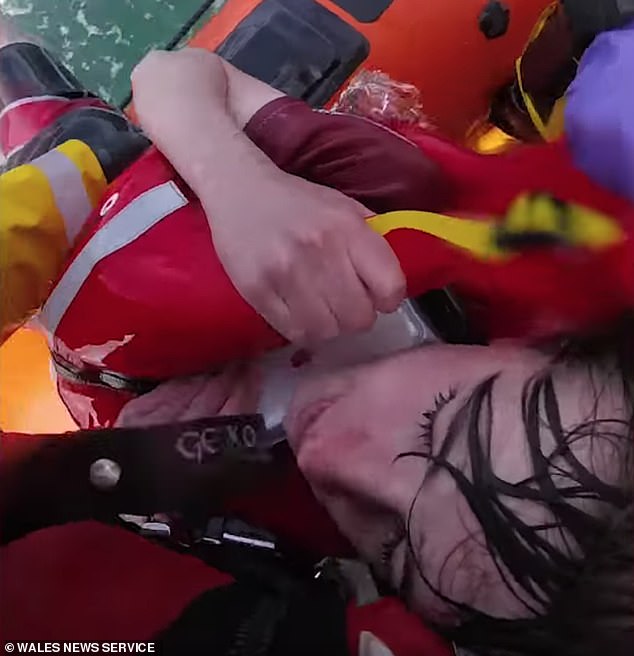 Lifeboats and a coastguard helicopter were able to track Alfie down about 40 minutes after making the call and he was flown to hospital.

He was said to be confused, cold, and had swallowed a lot of seawater and was showing signs of hypothermia but was released by medics the same day.

Rescuers said his life was saved by the decision to wear a wetsuit and take his phone.

The RNLI said: ‘When 17-year-old Alfie headed out on his paddleboard, he grabbed his phone and put it in a waterproof pouch. Little did he know that decision would save his life.’

The Abersoch lifeboat station added: ‘We suggest all paddleboarders carry safety equipment and a form of communication in addition to wearing the safety leash.

‘Get proper training, stay within your capabilities and tell someone you’re going and your expected time to return.’