Victoria’s select-entry high schools educate almost no Indigenous students and just 4.5 per cent of their students are disadvantaged, raising concerns underprivileged teens are missing out on the academically elite state schools. 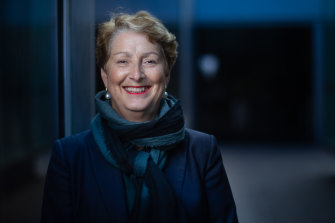 The latest MySchool data shows students at these schools are as educationally advantaged as those at high-fee private schools St Kevin’s College, Wesley College and Ivanhoe Girls’ Grammar.

MySchool ranks the educational advantage of schools according to students’ family background (their parents’ education and occupation), where the school is located and what proportion of students are Indigenous.

MySchool also shows that families spend an average $2200 a year to attend the select-entry schools, well above parent payments at mainstream government schools. Close to 90 per cent of the students have a language background other than English, the figures show.

The figures mirror a recent study of Sydney’s select-entry schools that found they generate substantially greater levels of funding from parents and enrol 34 times fewer Indigenous students than other state schools.

The report authors recommended education departments, rather than select-entry schools, determine enrolments and the introduction of enrolment quotas for disadvantaged students and Indigenous students. 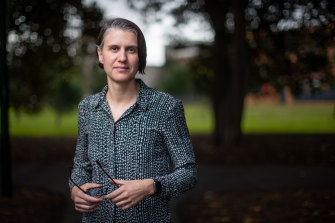 the report’s co-author, Deakin University senior lecturer in education Emma Rowe, said there was an access issue for disadvantaged kids, particularly students whose parents were not tertiary educated.

“I don’t know whether they’re not applying or they’re not getting in,” Dr Rowe said. “What we’re seeing is a very strong relationship between your parents and whether you’ll go to this school.”

Others say select-entry schools reflect a multicultural Melbourne, often more so than mainstream public schools, but fail to attract Koori kids from the country.

Further, they say while many select-entry students have highly educated parents, their families are not necessarily advantaged because their offshore qualifications are not fully recognised in Australia.

Monash University gifted education expert Leonie Kronborg said the high percentage of students with a language background other than English indicated ethnic diversity in these schools.

“I have heard selective high school principals say they have Indigenous students in their schools at times, but some of those students did not want to identify as Indigenous,” she said.

In the past decade, 10 per cent of students entering Victoria’s select-entry schools have come from families with a Commonwealth healthcare card, and about half have switched from mainstream public schools.

Dr Kronborg said select-entry principals could consider giving scholarships to an extra to five to 10 per cent of students from disadvantaged backgrounds. 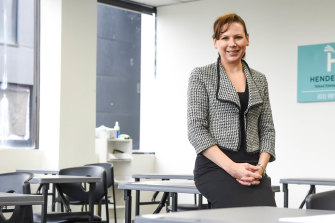 Annette Paroissien, of tutoring firm Hendersons Educational Services, said select-entry families were prepared to pay a fee above other government schools for an experience similar to a high-fee private school.

The entry exam for Victoria’s select-entry schools, generally sat by about 4000 year 8 students, has been delayed to mid-September due to lockdown.

The Education Department did not respond to a request for comment.