NIKE has suspended its endorsement deal with Deshaun Watson amid a myriad of sexual assault and inappropriate behavior allegations leveled against the Houston Texans quarterback.

Beats by Dre is also ending its sponsorship of the 25-year-old NFL star, as is Reliant Energy, who has naming rights to the Texans' stadium, after 22 women filed lawsuits accusing Watson of sexual misconduct. 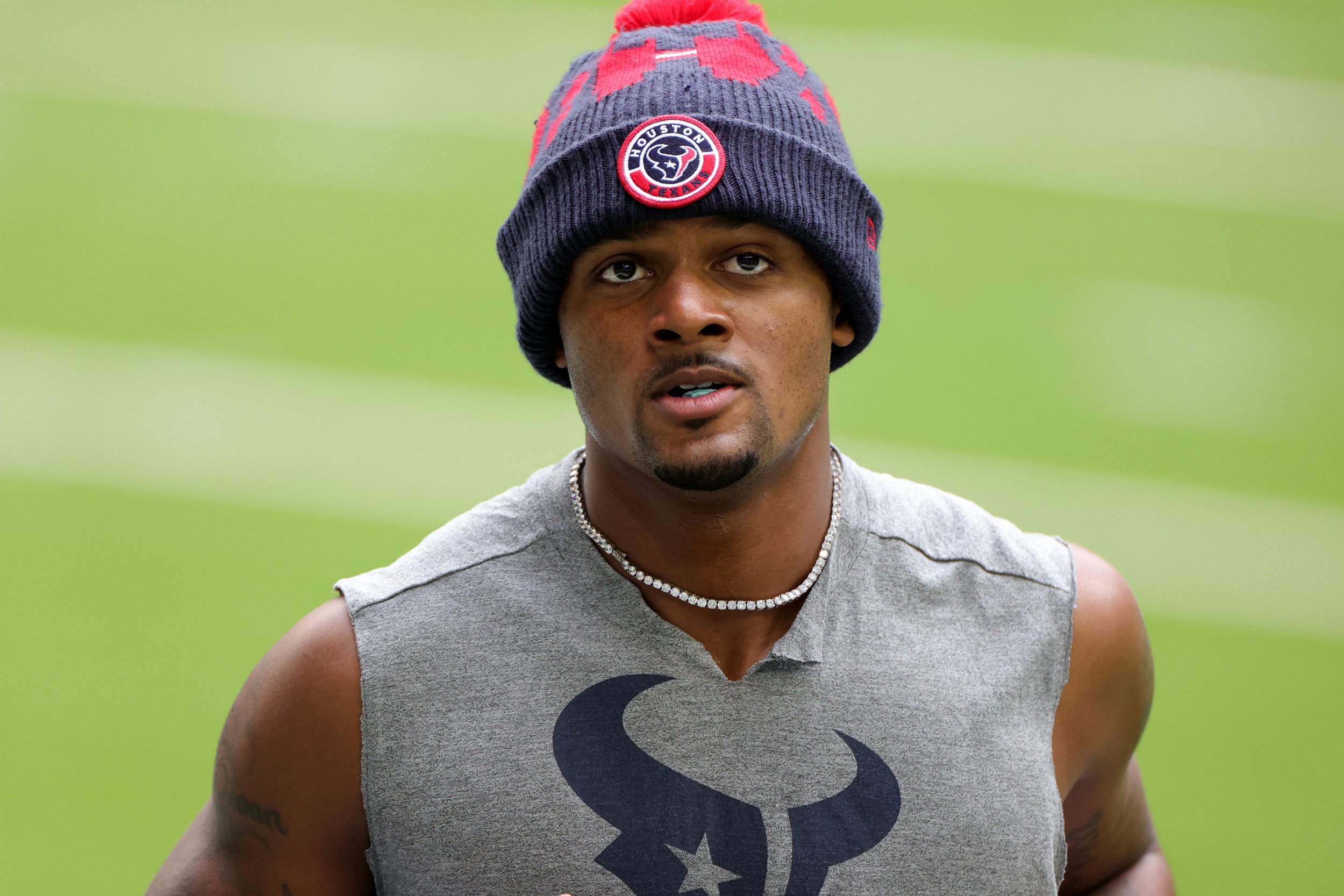 In a statement on Wednesday, Nike said it was "deeply concerned by the disturbing allegations" against Watson and said he has been suspended from their books while they "closely monitor the situation".

Beats by Dre also confirmed to CNBC it was ending its sponsorship of Watson, though is yet to release a statement on the matter.

The Sun has reached out to the company for comment, though received no reply by the time of publishing.

In a third blow to Watson on Wednesday, NRG Energy, the parent company of Reliant Energy, said the quarterback would no longer be a brand ambassador for the company.

"Our relationship with Watson as a brand ambassador was scheduled to end this spring prior to these allegations, and there are no plans for future engagements or contracts with him. We take accusations of this nature very seriously.”

The severed ties come after 22 women filed lawsuits against Watson over the last month, alleging a "disturbing pattern" of behavior during massage and therapy sessions.

Watson has denied that he's ever treated women with anything but the "utmost respect". His attorney said the quarterback has also "never forced a woman to commit a sexual act." 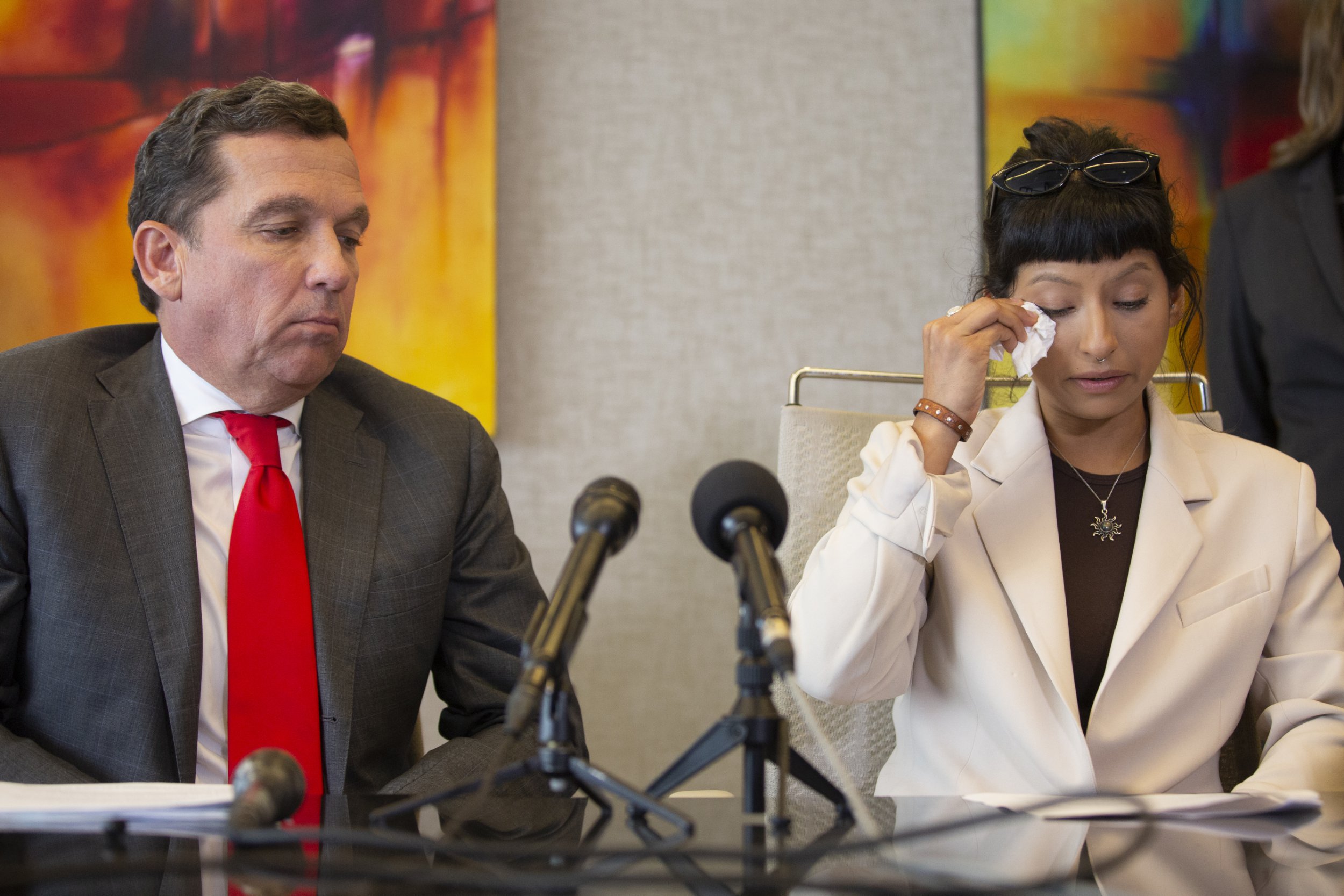 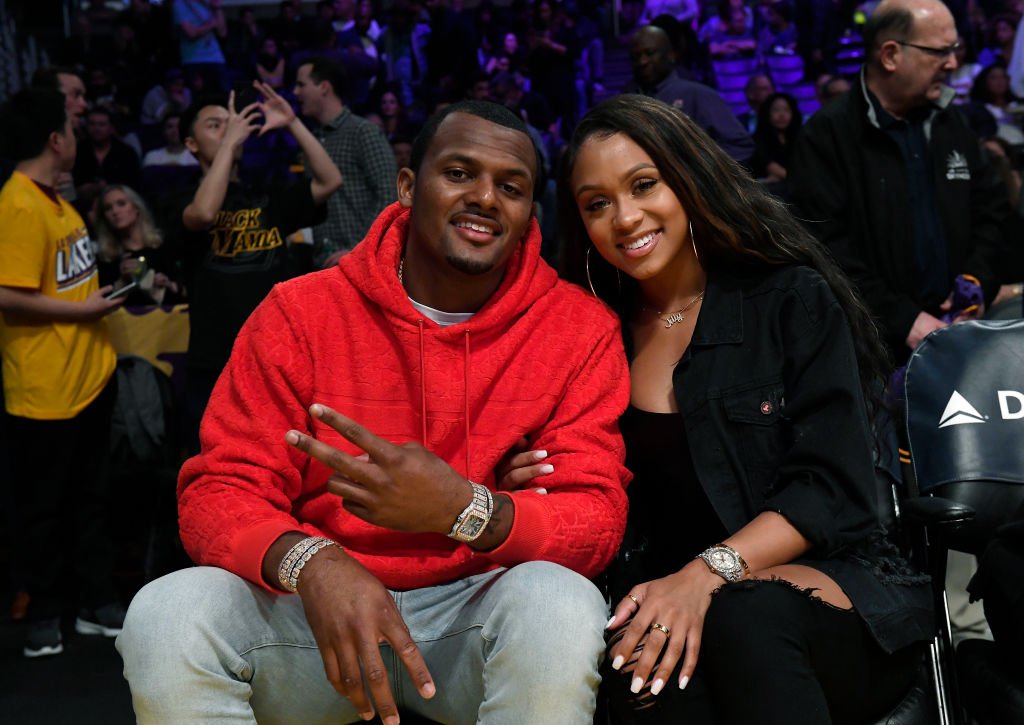 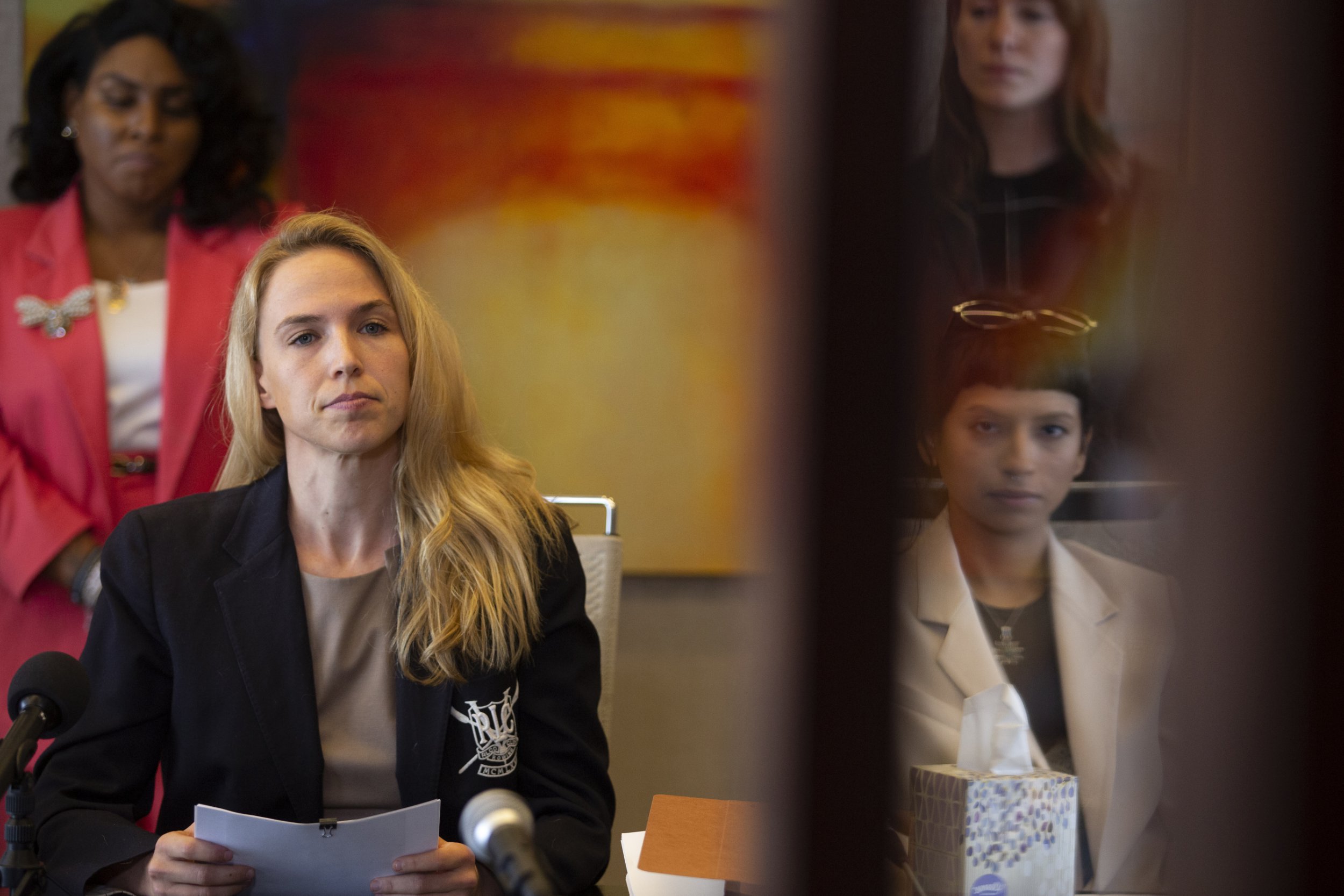 Two of Watson's accusers, Ashley Solis and Lauren Baxley, waived their anonymity on Tuesday to speak about their alleged encounters with Watson last year.

Speaking at a press conference in Texas yesterday, Solis claimed Watson made lewd advances toward her at her home office on March 30 of last year.

While she didn't specifically link herself to any of the 22 lawsuits previously filed, the details she shared match a lawsuit filed in that details a massage at the plaintiff's home, where the victim broke down in tears, alleging that Watson exposed himself and touched her hand "with the tip of his erect penis."

Baxley, while not appearing in person, made strikingly similar allegation in a letter read out by her attorney.

According to Baxley, the NFL star touched her inappropriately and exposed himself to her during a session in June 2020. 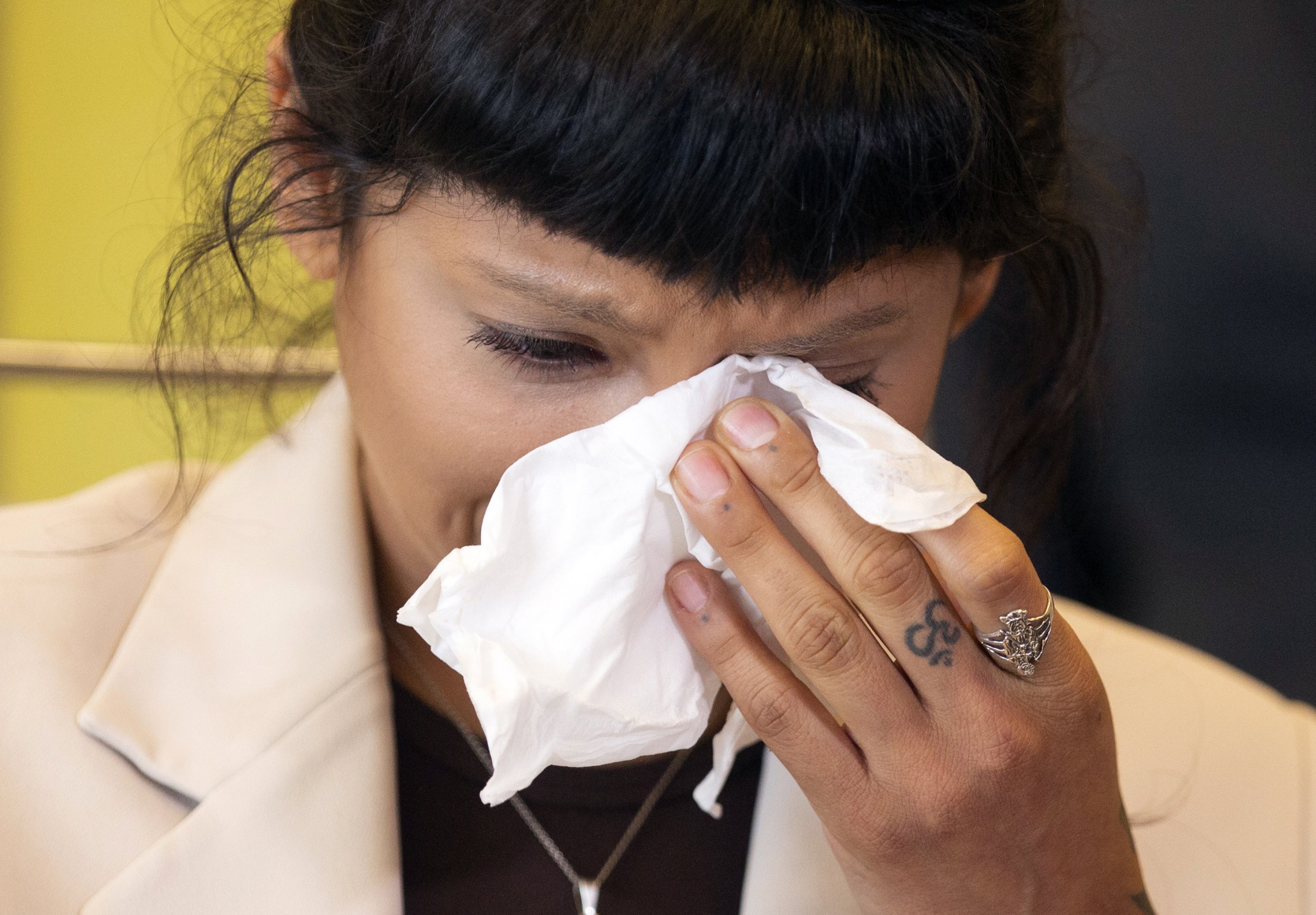 Baxley blasted Watson for allegedly crossing what she called "every boundary from therapeutic and profession to sexual and degrading".

Baxley said she attempted to cover his genitals with a towel, but after becoming aroused as she massaged his inner thighs, he allegedly removed the covering.

"At such time, you moved in such a way that your penis touched my hand," she wrote.

Baxley claims Watson then told her to "just grab it", meaning his penis, if it was in her way.

"This happened multiple times – and the remainder of the session was spent trying not to be sick, to not have an outburst, and to keep you covered," she alleged.

The NFL has launched an investigation into Watson under its personal conduct policy, calling the women's allegations "deeply disturbing".

The Houston Police Department has also opened an investigation, though no charges have yet been filed. 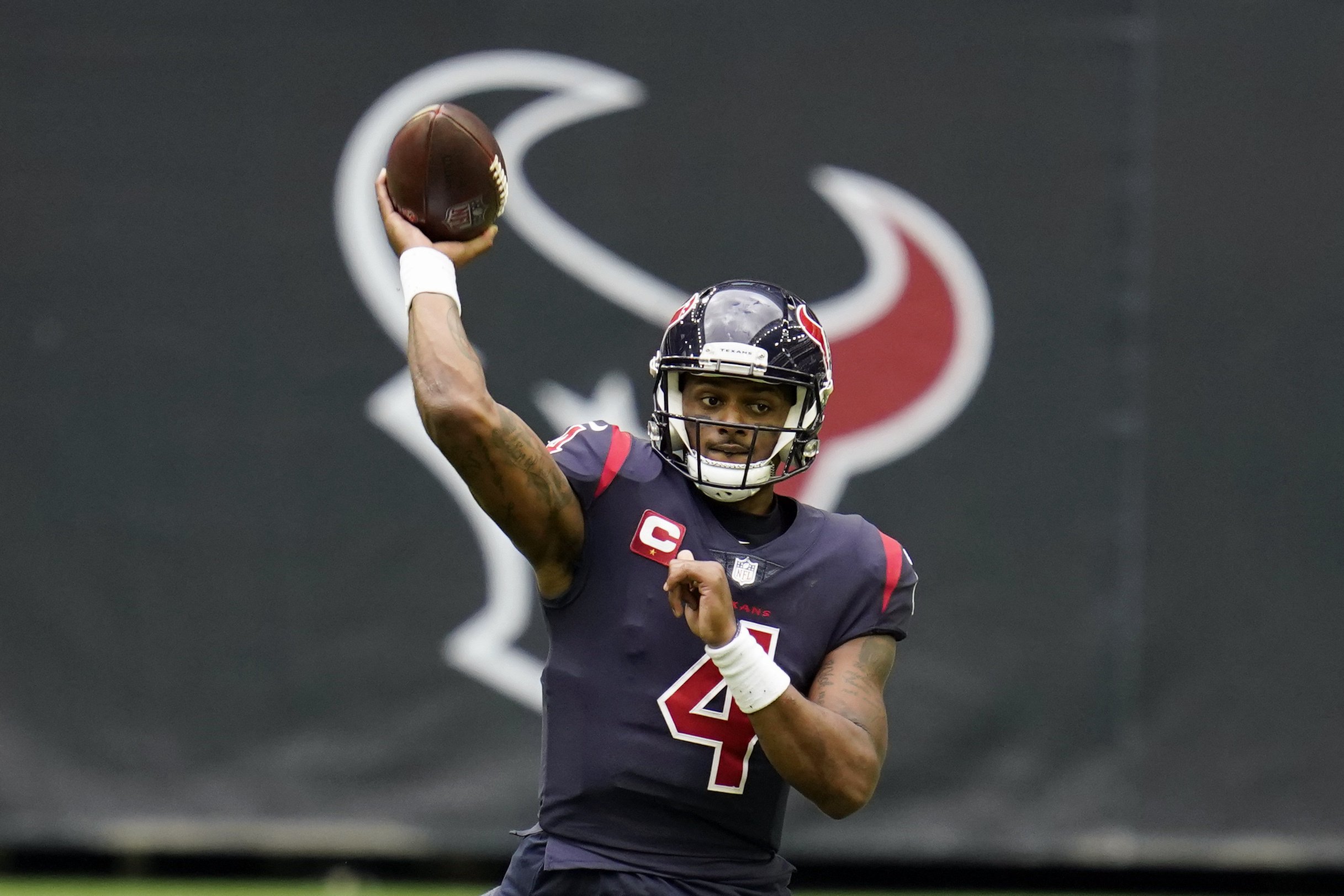 It's currently unclear how much Watson makes from his various sponsorship deals.

In addition to Nike, Beats by Dre and Reliant, he also has brand partnerships with the luxury watch-maker Rolex and Texas supermarket chain H-E-B.

Both Rolex and H-E-B have been contacted for comment on whether they'll be continuing their endorsement deals with Watson, in light of the slew of misconduct allegations.

After Tuesday's press conference, Watson’s lawyer Rusty Hardin claimed in a statement that Solis' attorney Tony Buzbee, "sought $100,000 in hush money on behalf of Ms. Solis to quietly settle the allegations a month before he filed the first lawsuit."

He claimed that there is evidence of email exhanges to confirm this request made to Scott Gaffield, the General Counsel at the Atheles First agency representing Watson.

"We did not think that the facts showed that Deshaun did anything wrong with their client," Gaffield said in a statement.

"We believed then – and fully believe now – that Deshaun learned a lesson about putting himself in this type of situation by interacting with people he does not know."

Last week, the Texans star also issued a statement from 18 female massage therapists which claimed that he has never placed them in an uncomfortable position and is a respectful client.

All of Watson's accusers apart from Solis and Baxley continue to use an alias.

Could coronavirus cause shortage of wedding dresses?